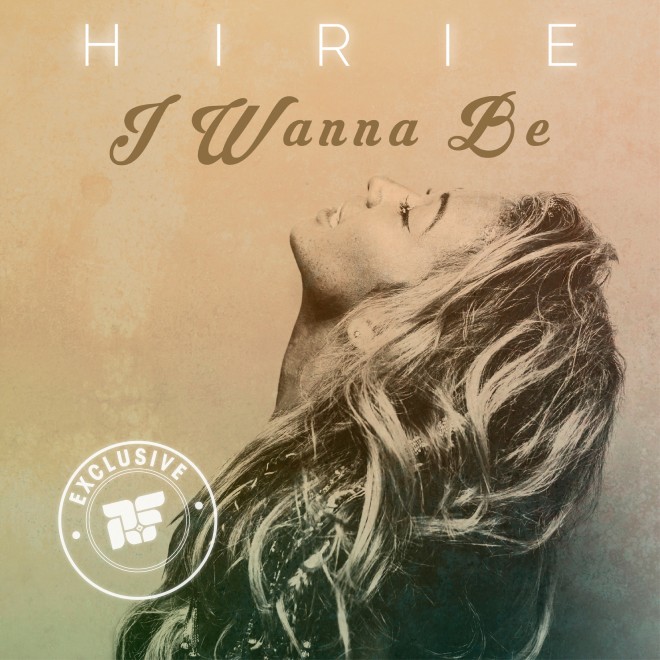 HIRIE has been burning bright since 2013, when her infectious single, "Sensi Boy," with its herb-coated hook, was passed from stereo to stereo throughout the scene. Instead of fading away HIRIE took her music to the road touring months on end, from acoustic performances on cruise ships, to guerrilla sets at festival lots, the live show became a priority and the country responded. Going into her second album, HIRIE is digging deeper into songwriting and production, enlisting the help of A grade producers like Jamaica’s Don Corleon, who co-produced her latest single "I Wanna Be." If HIRIE is able to record an album, that in her own words is "super heady, [with] lots of drum and bass, lots of dub sections," blended with her naturally accessible pop-reggae hooks, I believe that she could create an album that's integrity rises the tide for a scene that she has kept her feet grounded in since day one. Rootfire has supported many music related Kickstarter campaigns over the years, but none have touched our core more than this one, inspiring the "what ifs" where others have fallen short. 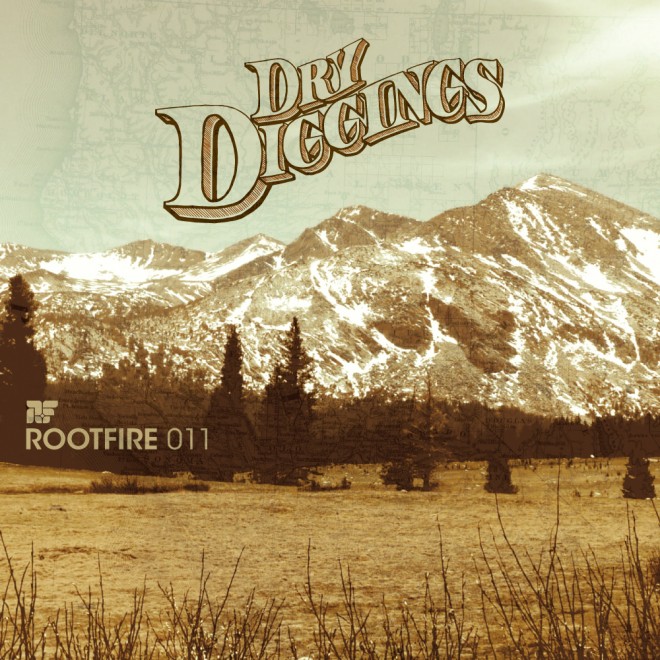 Rootfire Mixtape 011 celebrates Old Dry Diggings, a boomtown in the Sierra Nevada mountains which rose and fell during the heyday of California’s gold rush. Known today as Placerville, the mountain town will host Dry Diggings Festival September 25-26, a celebration of the California Roots music and lifestyle.… Read More

It may have been the greatest of days. Rootfire At The Beach – Photo Recap 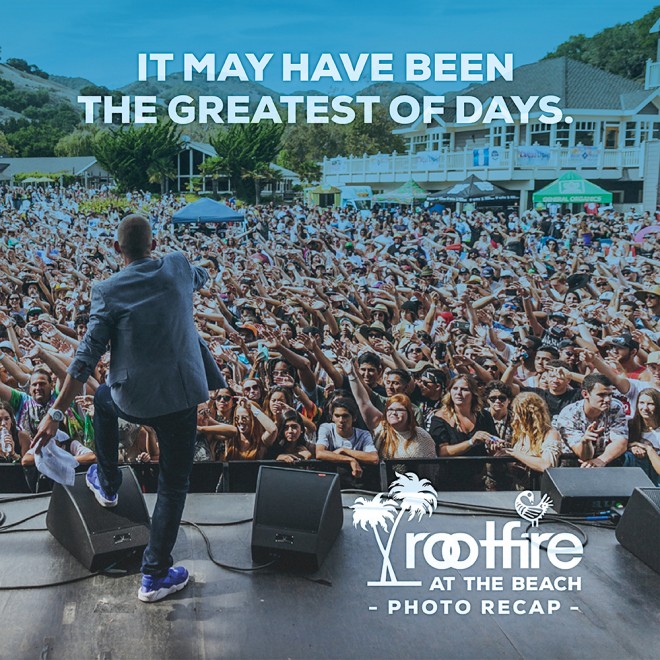 On August 2, 2015, more than 3,000 members of the progressive roots community gathered in Avila Beach, CA for a celebration dubbed Rootfire At The Beach. The event brought together music makers Tribal Seeds, Stephen “Ragga” Marley, Collie Buddz, Shwayze, The Movement, and Expanders Sound System, at one of our country’s most beautiful coastlines.… Read More 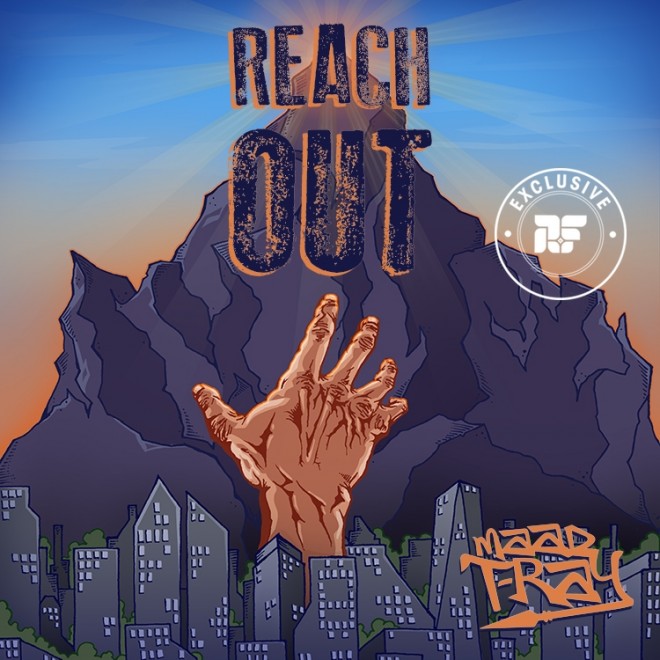 “Babylon Drugs is about encouraging people to get off and not rely on drugs that destroy the body and mind. Look past substances to something pure for the solution…”

EVERYTHING IS AWESOME TICKET giveaway(s) 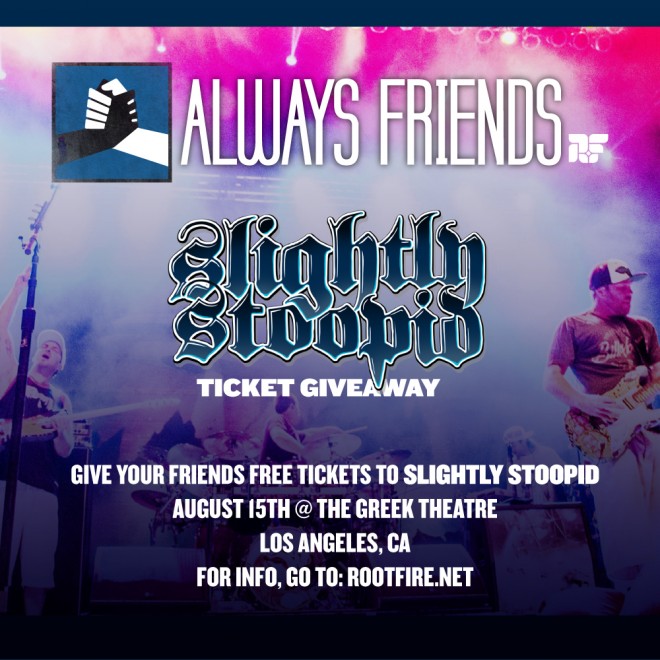 Rootfire has teamed up with Slightly Stoopid to help you give your friends tickets to the “Everything Is Awesome Tour” when it stops at LA’s Greek Theatre on August 15.

Maybe you want to surprise your college roommate, or thank your little brother for helping you babysit your children all summer. Whoever the person is, if you think they would like a pair of tickets to one of the summer’s biggest reggae-rock tours when it stops in LA here is your opportunity. 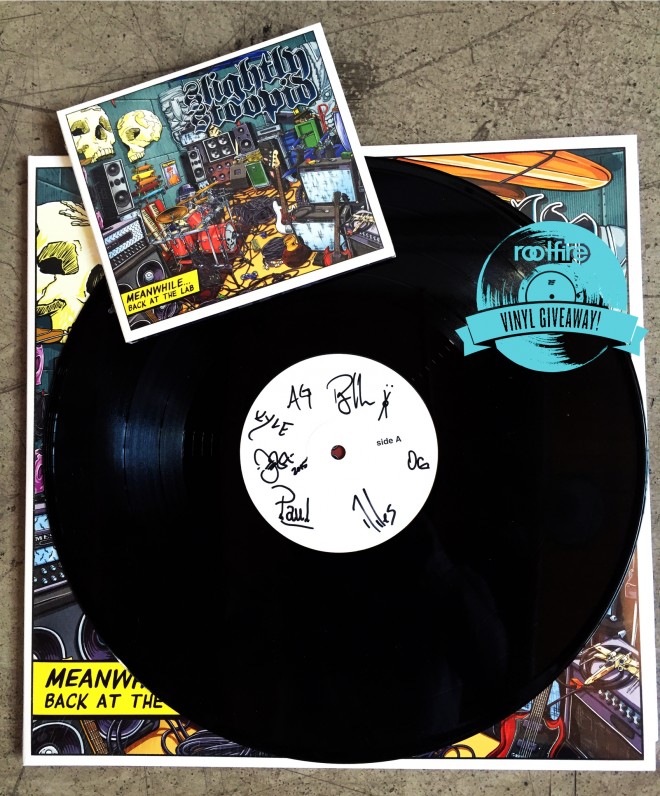 Vinyl is a magic part of our scene. Not only does it sound excellent but LPs make the music and art physical, and help connect the story. For the past few months we have been selecting some of our favorite vinyl LPs as part of our vinyl giveaway series.… Read More 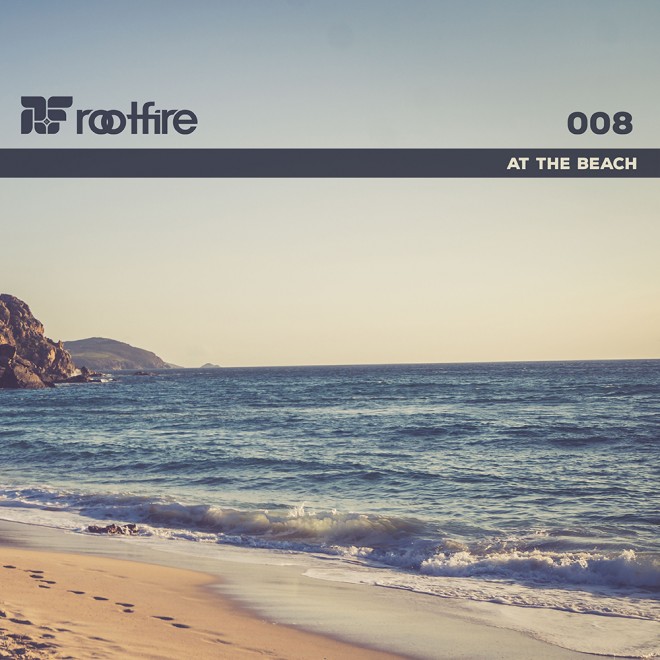 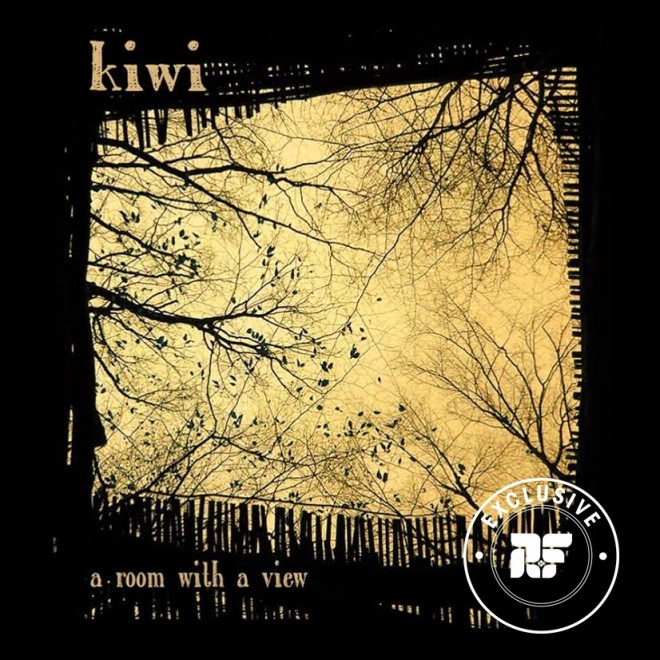 Thus said an old miser as he waited for his turn
With appearance none-the-wiser for all the chances that he'd burned
A storm approaches sure and heavy--
I'll be good when I am good, then I'll be ready
I was gonna wait until tomorrow
I don't know where all the time went by
And I don't know how to cry anymore.... 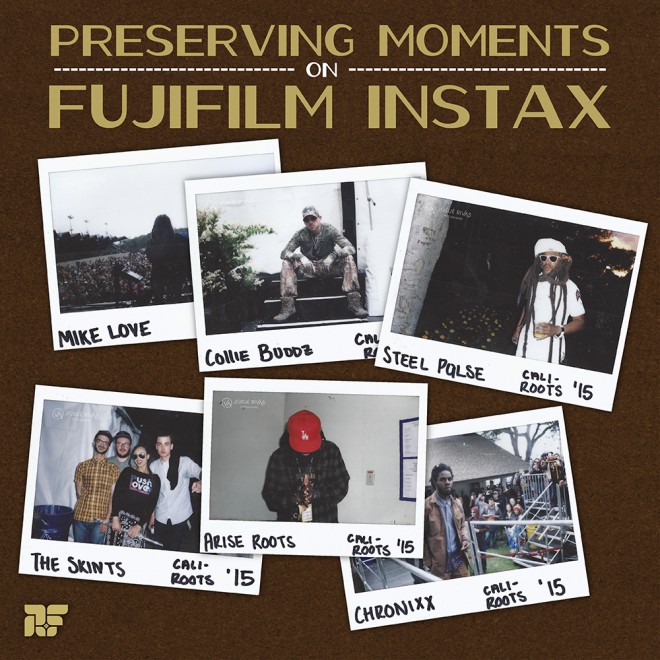 I took the initiative to preserve certain moments with my Fujifilm Instax. As a photographer it is important to understand the value of slowing down and "seeing" your subject, getting only one shot allows you to do that. I proudly present to you some of those glimpses of calmness and deep connection I had during this year. 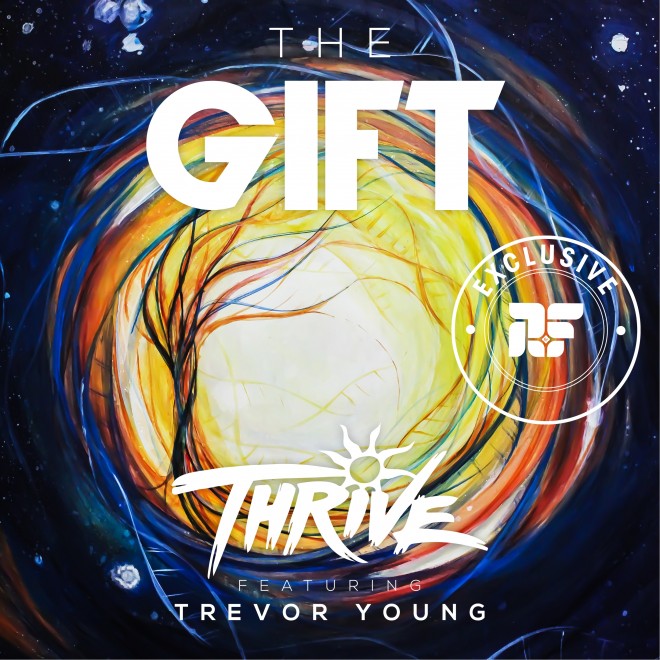 We have known Trevor since the 2011 "Everything Changes tour" when Thrive supported SOJA. At that time Trevor was both a guitar tech for SOJA and also opening the shows as a solo acoustic performer. We (Thrive) have always believed in Trevor as an artist. He was super awesome to work with and it was really fun to bounce ideas back and forth with him. He is definitely a worthy fit for a powerhouse band like SOJA. - Aaron Borowitz, Thrive 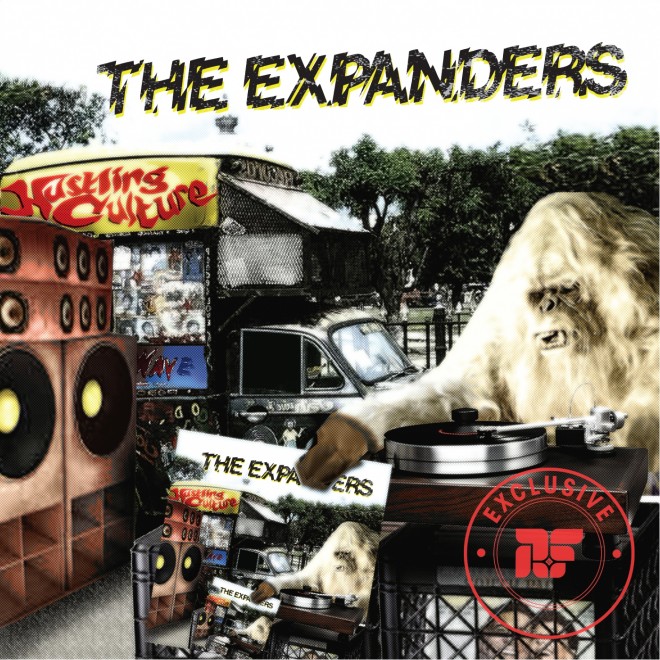 People Business is a throwback tune to one of my favorite subjects in Jamaican music, the “warning to all chattymouth people!” It’s about people who love to gossip and spread rumors, and those who seem to get their greatest joy in life from creating drama. - Devin Morris 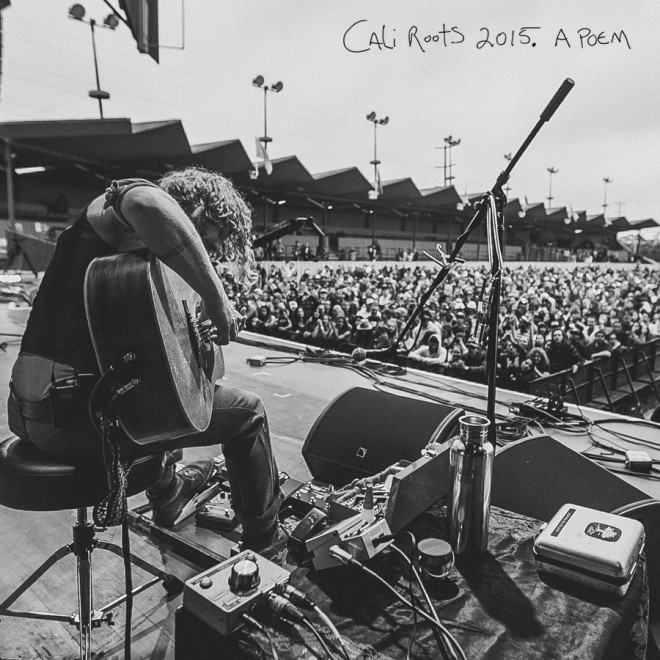 Some say it takes a village; I agree. Everyone in a community has a role and when we practice that role to the best of our abilities great things happen. Fortunately my role at Cali Roots 2015 was to document the overall experience and preserve it through the photos I took.… Read More 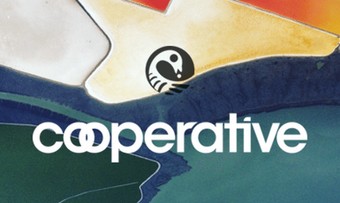