Artists are the leaders of our culture and should have every opportunity to make a living on their art. Rootfire Cooperative’s mission is to create an alternative financial model that empowers artists to record and release their music independently and to build successful businesses around their craft. We provide interest free loans and label services that enable artists to maintain 100% ownership of their music, to develop consistent revenue streams, and to build the foundation for long term growth.

“Rootfire Cooperative is a label services program designed to provide interest-free loans for the production and marketing of recorded music. The artists maintain 100% ownership of their music throughout the entire process.”

“Launched in the spring of 2016, Rootfire Cooperative is a partnership between Rootfire and Ineffable Music Group that offers interest-free microloans to artists.” –Forbes.com 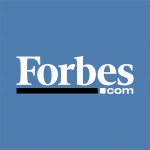 “Rootfire Cooperative doesn’t take any portion of an album’s profits, recouping only its invested funds, and the artists maintain 100% ownership of their music throughout the entire process.” – Billboard.com

About: Rootfire Cooperative was created through a joint partnership between Ineffable Music Group and Rootfire. The intention behind developing the label services program was to provide interest-free loans for the production and marketing of recorded music.