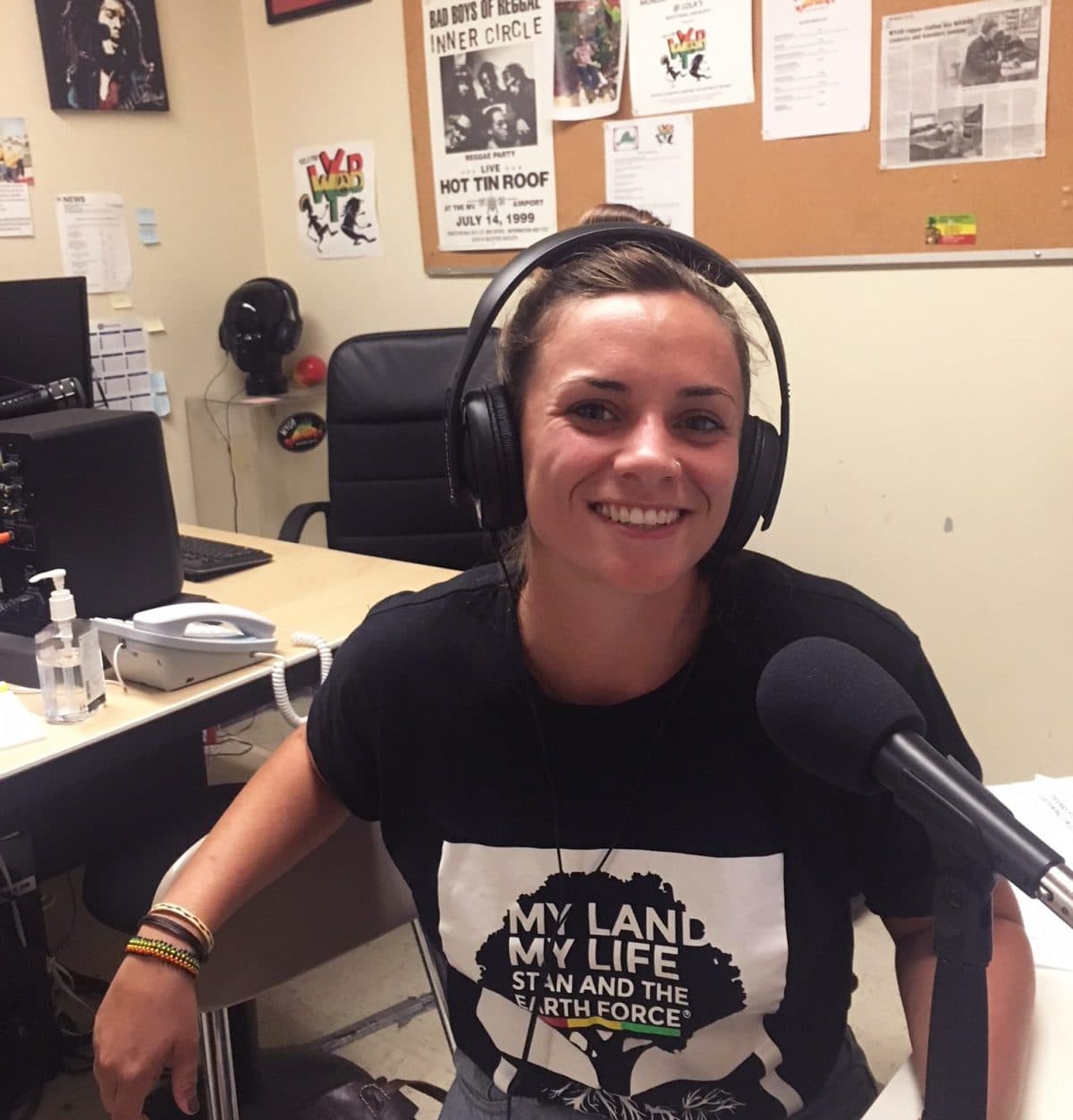 Nowadays, with the Amazon Echo, Google Home and other smart speakers, people can access music without even having to get up off of the couch. Digital technology revolutionized the distribution of music while wireless capability transformed the way we listen to it, creating a new world of endless possibilities and incredible ease for music fans.

Apple Music, Google Play, Spotify, Pandora all provide on-demand streaming of music, offering different capabilities from listening to specific artists or albums to algorithm-generated mixes based around a specific genre or sound and even user-created playlists. One of my favorites, Surf Roots Radio, delivers a great selection of classic and modern reggae and reggae/rock via their web-based radio station and app for smart devices.

Speaking of radio, The Joint plays reggae music 24/7 on Sirius/XM satellite radio, perfect if you’re driving and don’t have an unlimited data plan. As an early adopter of satellite radio, when I discovered The Joint, it felt like a dream come true. Prior to that, at least in most parts of the United States, in order to hear reggae music on the radio, you had to rely on local college radio stations (usually found at the end of the “dial” with a relatively weak signal strength), which would typically offer a weekly two or three-hour reggae show, much like Rootfire’s own award-winning DJ Kayla Kush and her U-Dub show on WSUM in Madison, WI.

Back in the day, reggae fans would have been thrilled to have a local FM radio station playing reggae music around the clock. Residents of Martha’s Vineyard, an island off the coast of Massachusetts, have that privilege thanks to WYOB. WYOB is one of only a dozen or so radio stations throughout the country that offer a predominantly reggae format, putting it in rare company. But what makes WYOB even more special is that it is produced with Martha’s Vineyard Regional High School students, following a curriculum designed by seasoned broadcasting professionals to teach a variety of basic radio skills. 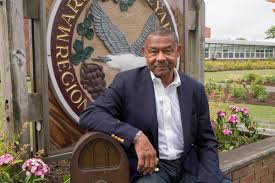 Founded by Skip Finley, a retired radio executive who lives on Martha’s Vineyard, WYOB provides students with opportunities to participate in all aspects of the radio station, including announcing, writing, producing and fundraising.

“It occurred to me that it might be a way to get youngsters involved in a business I loved,” Finley recounts. “And if we could give them the tools, what might they do with a professional station?”

The instruction is delivered by Bill Narkiewicz, who earns a living working for MVY Radio (formerly WMVY-FM), a non-commercial, community-oriented adult album alternative radio station also located on Martha’s Vineyard. Narkiewicz, who’s been involved in various on-air, production and promotion capacities, is the morning show personality, promotion director and originator of the weekday special show “Blues at 8,” on MVY Radio.

“Our specific goal is for radio to become a CTE or Career Technical Course at the school,” Finley continues. “The Administration included us in the freshman exploratory program where [the students] took turns visiting all the CTE courses to see which they may like. Anyone in the high school can ultimately decide if they’d like to take the radio course during their high school years.”

The station also functions as a radio club allowing students that have other course commitments to participate after school or on weekends. Several students are paid interns during the summer as well. “Since Martha’s Vineyard is a resort area, we’re trying to get kids to think about 12 month careers and not just 2 or 3 month seasonal jobs,” Finley explains.

Hoboken HiFi and the Hudson Sound

So, how did Finley decide upon using a reggae format for WYOB? Martha’s Vineyard, as a beach community, has a long history of live reggae, including performances over the years by artists such as Jimmy Cliff, The Wailers, Stephen Marley, Barrington Levy, Toots and the Maytals, Yellowman, Eek-A-Mouse,Inner Circle, Collie Buddz and Black Uhuru. This has led to the development of a solid fanbase on the island. Additionally, there is a significant population of Jamaicans living there who enjoy the station, which Finley says was a pleasant coincidence. “My goal was for a format product with a modest built in fanbase that wasn’t necessarily going to compete with established commercial stations,” says Finley.

In addition to its local listeners, WYOB streams online and within the NextRadio app for smart devices. “We’re also available on Amazon’s Echo,” Finley adds. Then, demonstrating the voice command necessary to activate their content, follows with “Alexa, enable ONE OH FIVE POINT FIVE REGGAE skill,” and then, “Alexa, open ONE OH FIVE POINT FIVE REGGAE.”

Currently, the station has a library approaching 2000 songs, with another 600 or so intended to be added in the near future. “Much of the music came from my own and our friend’s album and CD collections that the students have uploaded into our computers and transferred to mp3s so they can be played. The rest we’ve bought on iTunes based on friends’, listeners’ and the students’ recommendations. I’m pretty sure we’ve spent at least $1,000 on iTunes.”

The station plays predominantly classic roots reggae, and when asked why they play very little from the progressive roots scene, Finley responded that it was simply due to a lack of knowledge about the music. “We are certainly not reggae experts,” he says. “It’s something we’re learning along with the kids.”

As for other types of reggae music such as dancehall, lovers rock or rocksteady, Finley says they will play any style of reggae, subjected to the acceptability of the lyrics. “Along with the constraints of any FCC licensed radio station, we pay particular attention to the glorification of certain aspects of life. While we format for an adult audience, our product is prepared by youngsters, almost all of whom are under 18, so this is something we pay close attention to.”

They do have plans for a weekend dancehall show, a reggae Gospel show Sunday mornings and a steel drum show Sunday afternoons.

Does the format of the station draw students in, or are they drawn to the opportunity to learn radio, or both? According to Finley, students join the station to learn radio, not because they are fans of reggae music. In fact, one of their graduates is on their board and believes they’d get more kids interested if they played different music. While that may be true, Finley concedes, he wants students to experience the reality of radio careers, where although they may one day secure jobs at professional stations, they likely wouldn’t be in a position to change the format, at least not out of the gate. Part of learning radio is learning to work within the constraints of the format.

“Our goal is to teach them the basics,” states Finley. “One day the students may draft a business plan good enough to convince us to make a format change. That’s a long way off and possibly unlikely.”

All told, they have had about 20 or so  students join the program. “Probably my all-time favorite comment was from a Mom who called in tears to tell me her son hadn’t been interested in ANYTHING before the station. That was pretty cool,” Finley recalls. “And I’m finding radio without ratings or investors or banks is a lot of fun.”

Tune in to WYOB via their online streaming platform at wyob.org. 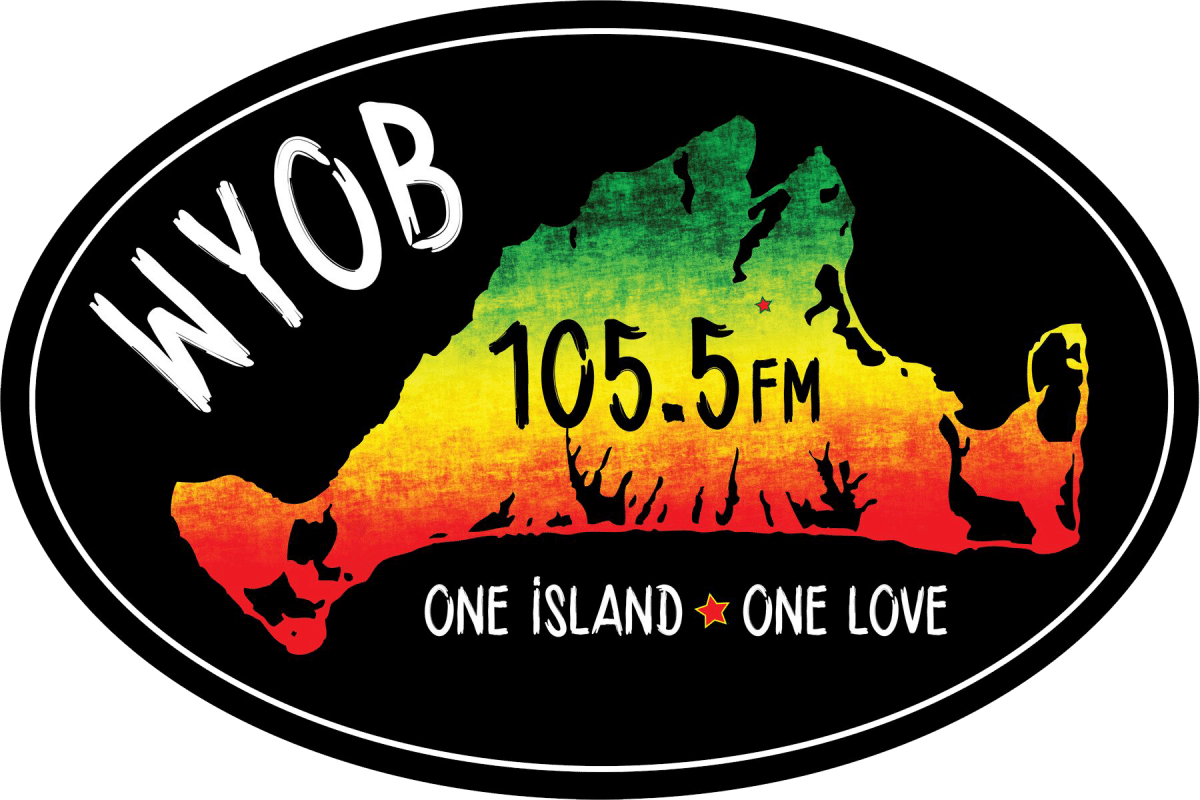