This is a story about paying it forward. The world is a better place with friends.

I’ve never been called Johnny on the spot. But sometimes, it just works out that way.

The night before was great. My band, Buddha Council opened for Collie Buddz. It was a sold out crowd. The vibes at Shakas Live, our local Virginia Beach venue, had reached epic status for the last night of his tour.

The whole band was anxious to get home to their families, and who could blame them? Being on the road is tough. Imagine their surprise to find out their driver had just been arrested (like I said… being on the road is hard). By this time, it was around 3 AM. The band had already passed out, and was hoping to wake up in Queens, the drop off point. Not today! Instead they awoke to the beating sun rays upon the bus, still parked behind the venue. No one was happy.

My phone rings. Haven’t heard from my good pal, Reid Foster, in a while! Direct, and straight to the point, he asked… “What are you doing for the next 24 hours?” Confused, I let him know I was free as he gave me the rundown of the nights madness. Yes, I was willing to drive the band to Queens, NYC. I couldn’t help but feel a little bad though. Virginia Beach police are notorious for unlawful search. Don’t ask.

I’ve driven heavy equipment for years, so I didn’t hesitate to say yes to operating the BandWagon coach. These things are awesome! A semi front-end with a sleeper coach and trailer. No sweat. I made my way to the venue, a short 3-minute drive from my house. I climbed into the cab, assessed the roadability and controls, located the IPod jack (because who the hell drives without tunes?) and we were off. It was 12 PM the day after the gig. Better late than never. Queens bound and down, well, up really.

Cup of coffee number one: Massive playlist blasting, strictly boss reggae tunes. We stopped in New Jersey to fuel up and get some nourishment. It felt like an eternity to make it up the eastern shore and into the Tri-state area. Little did I know, the bus was governed to only go 65 miles per hour. Probably best, but I sometimes like to get where I’m going and not be honked at and flipped off by every truck driver and little old lady passing me on the turnpike.

We made it to New York City. Once over the Verrazano Bridge, I made it onto the Brooklyn-Queens expressway, where I was immediately greeted by so many honking drivers and waving fans! They must have recognized someone on the bus. Incorrect. Apparently, no vehicles over 12″6 are allowed on the BQE. Once I made audible what a man was screaming at me, “You’re too tall,” I made my way to the shoulder to assess where I could go without leveling the top of the bus. City streets are not the easiest to navigate in a 30-foot bus, and a trailer. But I got this. Weaving in and out of tight traffic, sharp right-hand turns, all the fun stuff. Don’t worry about that newspaper stand, someone will pick it up.

We made it. Safe and sound in Queens, the band debarked the bus and grabbed their gear from the trailer. At this point I took a stretch. A greatly needed one. It took 10 hours to get from VA Beach to Queens, a normal 5.5 hour trip. Horrible traffic and a 65 mph maximum. But we made it. At this point I let my contact know that the bus was safe, as well as the band, and awaited instructions as to where to drop off the BandWagon. Little did I know it wasn’t in Queens. 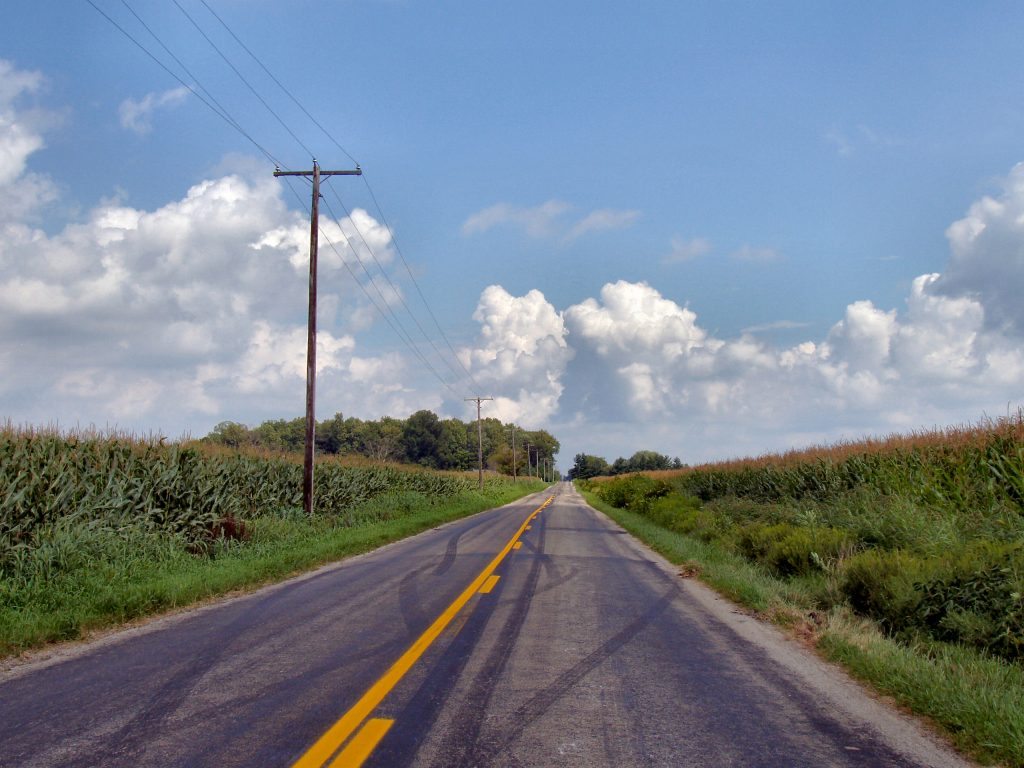 Cup of coffee number two: Back on the BQE. This time headed north towards the George Washington Bridge, I was greeted by the same yelling passengers, warning me of over-height. I charged ahead with my heart throbbing out of my chest. With every overpass, I clenched the wheel with white knuckles, praying I wouldn’t rip the top off the bus, making sure to stay in the center lane to get maximum clearance. The height alert on the windshield clearly read, max height 12’9″. I kept seeing height warnings of 10’6″ and 11’9″. There were points where I knew it wouldn’t fit, but asking for guidance and having faith in my ability, I made it. I was out of the city and back on the road, heading west. Where to? Bowling Green, Indiana. A mere 778 miles.

I was advised to take it slow. Sleep if I needed to, didn’t have to rush, the bus was already late. Aforementioned, it took nearly 10 hours to get to Queens, so it’s about 11 PM at this point.

Cup of coffee number three: The hills of PA are unforgiving to a governed bus. Up and down, round and round, I navigated the whole state of PA. Stopping for fuel, my foot started to hurt. As I was waiting in line to pay, another truck driver spoke up. “Might wanna lift that foot son.” It was swollen from sitting under the seat for 12 hours. Roughly 500 miles straight at this point. Figured I’d check out the back of the bus for a nap, and to rest my swollen foot. Rest yes, nap no.

Cup of coffee number four: Stopped for some more fuel and to rest my foot again, this time somewhere in Ohio. Going on about 18 hours of driving with no sleep.

Cup of coffee number five: Ohio is a giant state where you can only do 65 mph. Going on hour 22 on the road. I could have stopped. I could have rested. But I made a promise to Igor, and Ineffable Music Group, that I’d get this bus there the next day. I don’t make promises I can’t keep.

Hello Indiana. Or should I say, “hello…. Indiana?” Do people live here, or is it just cornfields with straight roads? The coffee wasn’t keeping me awake anymore. So I let my mind enjoy the hallucinations and random thoughts, making me laugh. After I snapped out of it I found my way to the BandWagon HQ, a literal cornfield with a sprawling expanse of warehouse and garage space for tour buses and trailers. I made it. 2 PM the next day. Almost 1,200 miles and 26 straight hours of driving paid off. The bus was there unharmed. My foot wouldn’t fit in my shoe by this point. I was escorted inside to a lavish waiting area filled with snacks, drinks and entertainment systems. I took advantage of a recliner and lifted my newly clubbed foot.

An hour later I was in a van headed to the airport, where a ticket was waiting for me home. $65 later I was upgraded to first class, sipping champagne on a flight home. I’m positive the champagne helped the foot swelling. Once home, I mailed the cash and credit card back to Igor. I had fun, no payment necessary.

You may ask why I would do that to myself. Not sleeping for 26+ hours and driving a random bus for a random dude. Because paying it forward is the right thing. Imagine being stranded on the road after a long tour. All you want is to see your family, relax and give your old lady a big smooch. I wasn’t going to let those guys miss that. Buddha Council did a few shows with Collie Buddz that tour, so it felt right. It wasn’t until about 11 hours into the drive that the band recognized me as the frontman of Buddha Council, so at least that made a cool connection.

It’s important to not only support the musicians you love, but help out where you can and in any way possible. Whether letting a seasoned player use your backline, grabbing some waters for the stage so no one gets thirsty, or even just bigging them up off stage on a good performance. It’s nice to pay it forward, always leave a way for karma to get back in. Because once that door closes, it’s tough to open back up.

My name is Jon Quan, frontman and keyboardist for Buddha Council, and I’ll drive your bus. 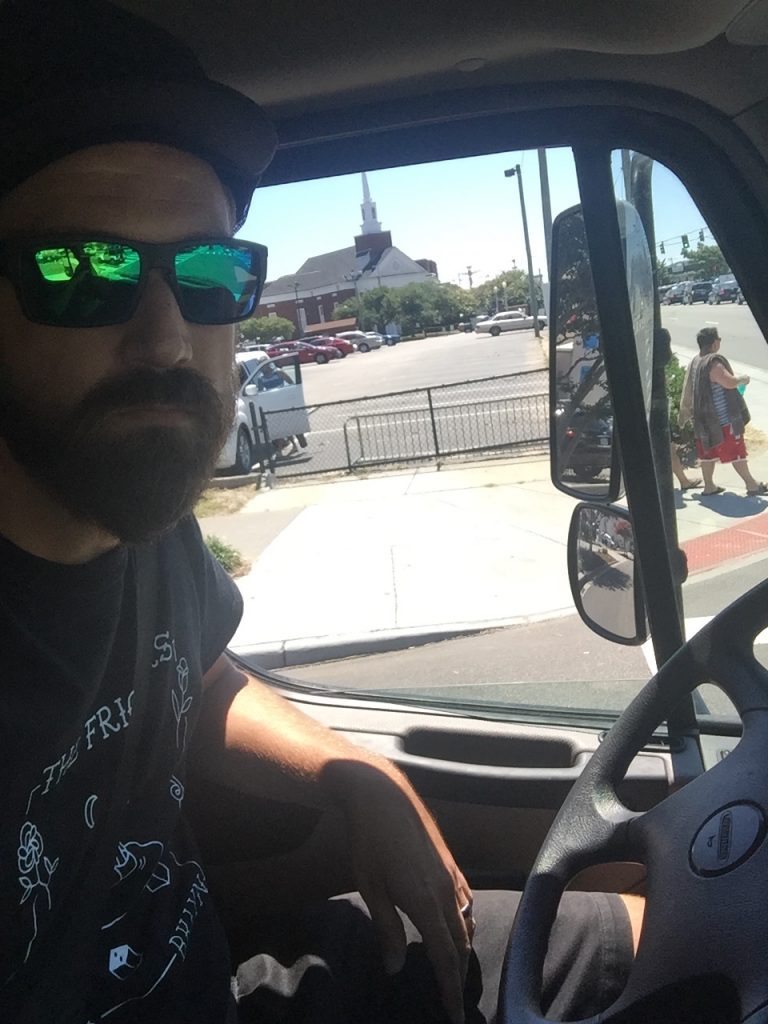 First Listen: The Ellameno Beat – Muse →
wpDiscuz
We use cookies to ensure that we give you the best experience on our website. If you continue to use this site we will assume that you are happy with it.Ok