First Watch: The Ries Brothers – No Place I’d Rather Be

Sometimes a band comes out of nowhere, bursting into our everyday conversations because their talent and energy is so obvious it can’t be ignored. The Ries Brothers have become that band. Their new album The View From The Outside was produced by Ted Bowne (Passafire) and comes out Nov 10, just in time for their performance at Rootfire At The Park.

Today we premiere the music video for “No Place I’d Rather Be,” shot and directed by our friends at Sugarshack Sessions. Brothers Charlie and Kevin took some time to tell us a little more about their past, present, and future.

Rootfire: Your new album The View From The Outside runs the gamut between reggae, soul, funk, and more.  Is there any particular genre you feel most comfortable in?

Charlie: I would describe our sound as primarily alternative rock, with elements of funk, blues, and reggae. We feel comfortable in all those genres, but we work best when we combine genres to make a unique sound. The cool thing about this group is that we have very different musical influences that come together nicely when we’re writing.

RF: Tell us about working with Ted Bowne. Had you worked with him before? How did his influence help shape the sound of this record?

Charlie: Working with Ted was such a treat. Passafire has been a big influence on our sound, so it was very special working with him. We made this album in only four weeks, but it never felt rushed at all. This was our first time working with him, and it was so important to us that we find a producer who understood us and what we were trying to do. Also, the fact that he’s in a successful touring band was a big inspiration in the studio. He knows what works out on the road and that definitely factored into the final product.

RF: Take us back to the time and place where “No Place I’d Rather Be” was written. Were you on the road? At home? Were you playing the song live before you hit the studio?

Kevin: “No Place I’d Rather Be” was actually written in many different spots while on the road. It started as a riff I was coming up with at our hotel in Asheville, NC. I remember really loving this riff and continued messing with it until I had a foundation of where I wanted to go with it. We had no lyrics yet, but when we got home I realized I wanted the song to be about our home area in Florida. This really hit home recently when Hurricane Irma was coming right to our door and we had to hit the road to escape its path. We weren’t able to get home initially, (thankfully everything was fine, please see pic of tree), but that song even took on more of a meaning and resonated with us. The riff and melody just felt like Florida and home to me, then that’s where I came up with the lyrics “There’s no place I’d rather be.” We didn’t have the second verse yet, and that’s where Ted stepped in and said there is a great spot for a feature here. Within one night he wrote and recorded a demo of his verse and we were blown away. He captured the vibe of the song perfectly. We had not played the song live until after the studio. The first couple times playing the song live, we were lucky to have Ted come up and sing his verse!

RF: What were your first instruments respectively?

Charlie: I started piano lessons early, around 6 years old. Then picked up drums at 11 and singing at 13. Kevin started guitar at 11 and now plays ukulele, bass, keys, and sings as well.

RF: As relatively young musicians on the touring circuit, what have been some of the biggest learning curves as you navigate the music industry in recent years?

Charlie: We started this duo 5 years ago, and we’ve learned so much in a short time. We learned a lot from touring with Chicago. They taught us that the road isn’t always easy but if you love what you are doing, it’s all worth it. To be on a huge tour like that when we were young was a huge learning advantage and built up a lot of confidence for us early on. The best advice we were given from many different artists was to stay true to who you are and your music.

RF: You’ve been lucky to share the stage with some heavy hitters: Chicago, the late Butch Trucks, Mad Dog Lopez, Toby Keith…how did you connect with those legends?

Charlie: We pride ourselves on being a live band. Playing live is extremely important to us. When we started out, we didn’t know anybody in the business. We didn’t really know how to start even. But we knew we loved playing, so that’s what we went out and did. Within a couple years of playing shows we made some incredible connections just from people seeing us live and liking what they saw.

People told people and our audience started to grow. People who knew people in the industry started helping us out with contacts and before you know it we were playing the Ryman Auditorium in Nashville with Chicago. It really has been a grassroots movement, years in the making. We just keep doing what we love, and if people keep responding to it we will never stop. 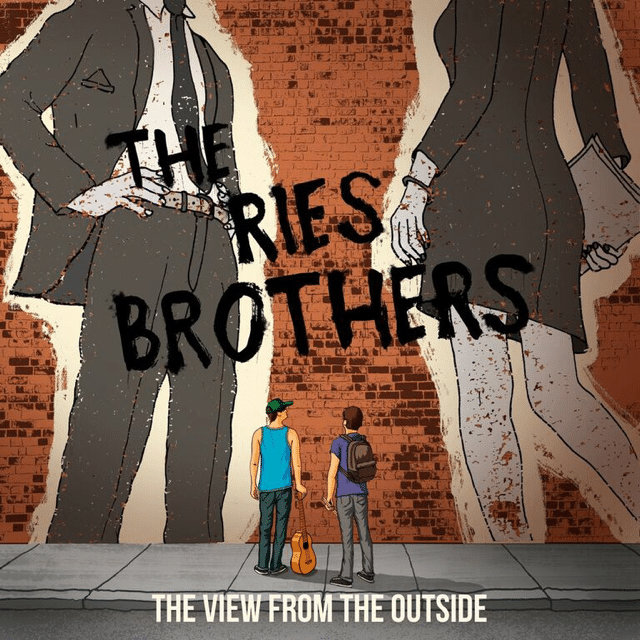 Charlie: Our debut album The View From The Outside is coming out on November 10!  On November 12 we will be performing at Rootfire At The Park in Cocoa, FL.   We decided to release it in conjunction with our set at Rootfire, because we really believe in what you are doing with music and culture and thought this would be the perfect weekend to share with our friends and fans and the sense of community that Rootfire has created.

In December we have three makeup dates because of Hurricane Irma in Florida with Passafire in Orlando, St. Pete, and Jacksonville. In May 2018, we are also excited to be part of an amazing line-up for the California Roots Music and Arts Festival, in Monterey, CA. We’ve been watching the festival’s live stream every year hoping that one day we would get to share the stage with all the bands. We are so excited to hit the road. We’re Working on a couple tours and we have some new music in the works with some exciting collaborations.

Pre-order The View From The Outside today!

The Ries Brothers perform at Rootfire At The Park on Sunday, November 12.  VIP passes and single day tickets are on sale HERE! 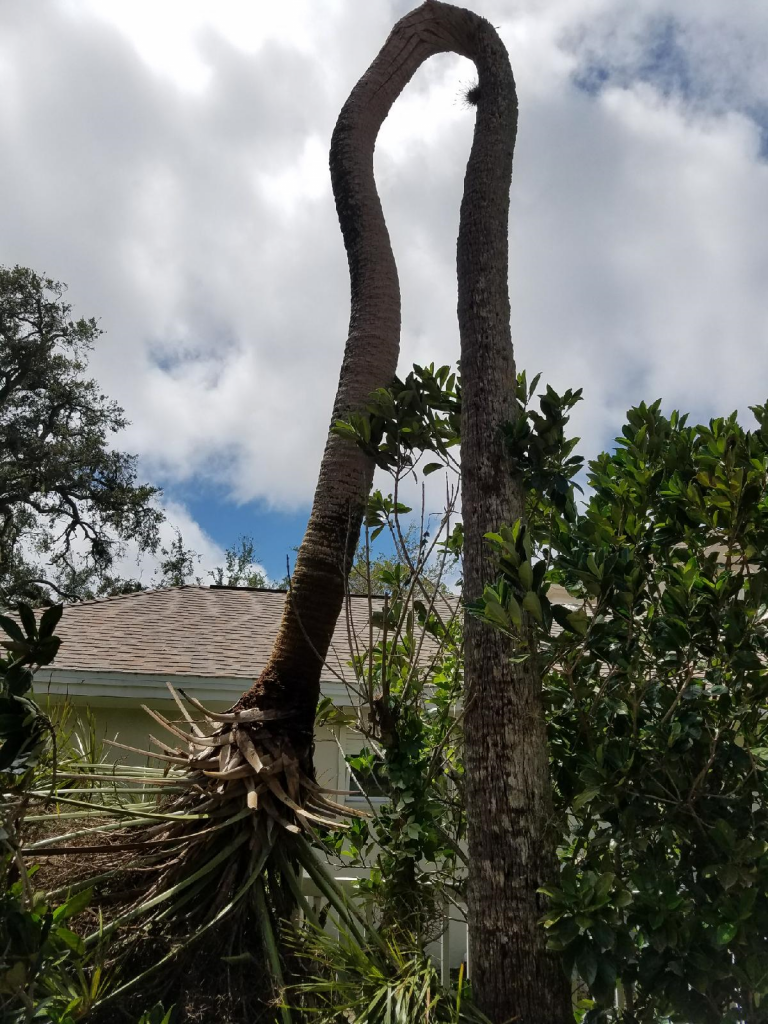 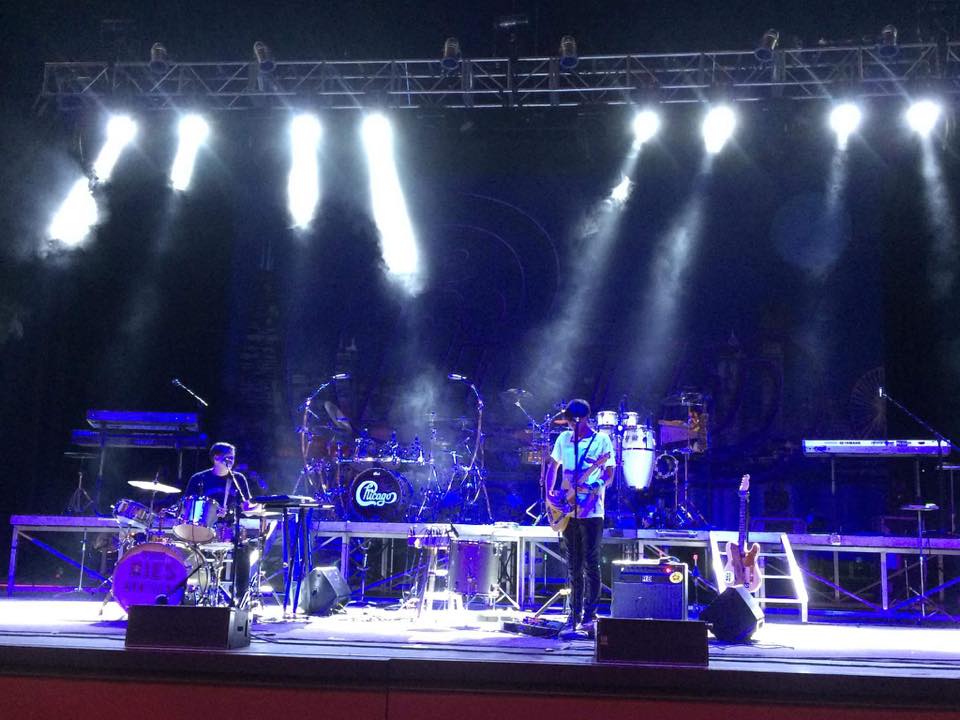 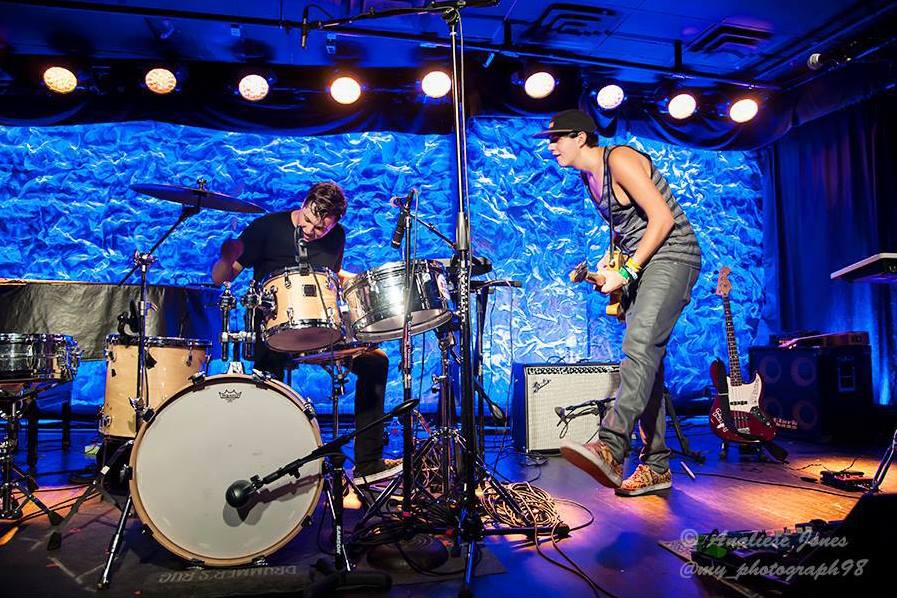 ← Getting Down to Basics with Soccer Garden Party Founder Julien Melendez

Kids Rule at Rockstar Row →
wpDiscuz
We use cookies to ensure that we give you the best experience on our website. If you continue to use this site we will assume that you are happy with it.Ok