I’ve been a fan of Pressure since the first time I heard him on the tune “Jah In Dem,” a collaboration with Vaughn Benjamin (Midnite/Akae Beka) from the 2003 Midnite Branch-I album Geoman. Shortly after, I saw him perform live at Sierra Nevada World Music Festival (2005 I believe?) and his excellent performance fully solidified him to me as one of my favorite new artists. His debut album The Pressure Is On had been out for a while by the time of his SNWMF performance, as well as some tunes he had recorded with Bambú Station, and I was excited to sing along to the tracks that had become heavy hitters in my daily rotation, including “No Limitation,” “Zion Is Home,” and “My Powaz.” I often think back fondly to the special energy of that show.

Since then I have always looked forward to new Pressure music with eager anticipation. No surprise therefore that today I am thrilled for Rootfire to premiere the new Pressure Busspipe tune “Rebel With A Cause” featuring Redman, the title track from his forthcoming album out November 8 on I-Grade Records.

About the song and his experience working with Redman, Pressure had this to say:

“I wanted to boast up a little, as far as how Rastaman step and flex on certain things. To kind of give it a different energy. It was natural to feature Redman. The track itself has a hip-hop kind of funky vibes. At the time, I was working with Redman on [his single] “Black Man in America” and the vibes took me to say, “Let me see what he would do with this one…

As a youth, we listened to Redman and Method Man — that is the school of hip-hop I grew up listening to. So, for him to reach out to me, it was nothing less than an honor.”

New Pressure Busspipe music is always a reason for celebration. Be sure to check out the new single through the soundcloud link above, grab your copy when it hits tomorrow, and clear your schedule for November 8 when the full album drops; it’s unlikely any other commitments will compel you to take your headphones off once you hit play.

Rebel With A Cause comes out November 8 on I-Grade Records. Get your copy at http://smarturl.it/rebelwithacause 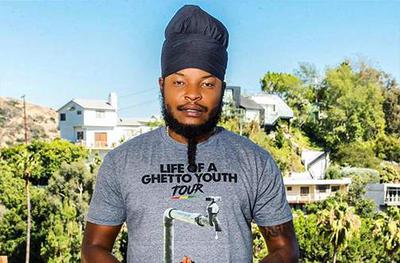