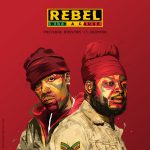 I’ve been a fan of Pressure since the first time I heard him on the tune “Jah In Dem,” a collaboration with Vaughn Benjamin (Midnite/Akae Beka) from the 2003 Midnite Branch-I album Geoman. Shortly after, I saw him perform live at Sierra Nevada World Music Festival (2005 I believe?)…… Read More