Growing up on the coast of North Carolina, some of my earliest memories of reggae were seeing photos of and hearing talk of a reggae band in our area called Mystic Vibrations and their lead singer Ric Williams. I remember seeing them play when I as a young teenager, and it shaping the way I viewed music, and wanting to be able to do it just like they did.

Years later, touring with The Itals, I would hear stories of the great guitarist, “Kenric.” I eventually would come to find out that this was the same man. Ric is a legend in our area, showing me and many others the real vibe behind reggae – not just musically speaking — but a style and way of life which encompasses his Rasta philosophy on how to be a good human and the message which he brings forth in the songs he writes.

Recently, I got to sit with Ric and ask him some questions about his past, his influences, and what he is up to now.

RF: What is your backstory and how did you come into music?

RW: Music jumped in me from when I was a kid in Jamaica. My mother sang on the church choir and her sister, my aunt, plays organ for another church. So, music was always a part of our daily life from a tender age. Then, when I started attending school, we had devotion every morning, singing before class and sometimes during class too. This one principal from primary school would come around randomly to different classes and have us sing. He was a big influence in strengthening my confidence. Primary school was from 6-11 years. Then, secondary school is where I started to perform as a singer on concerts kept by the school. I started playing guitar at 16 years old when I got my first lessons and my first guitar from one of my teachers, Mr. Malcolm.  Mr. Malcolm was also a pianist in a band and initially was gonna be my piano teacher, but the school got crowded and they had to split the school into two shifts, so that canceled my piano lessons. So, he gave me the guitar and my first lessons. In secondary school, I also studied music theory.

RF : What are your early influences that inspired you?

RF: How did you get into reggae music?

RW: Well, for one thing, reggae was always around me when I was old enough to know what was going on. I was in secondary school when I saw a live band and the lead singer was no other than Keith Porter.  At that time, I hadn’t been playing an instrument, but was doing a little singing.  Seeing Keith on stage solidified my assurance of what I wanted my journey to be. Then, we started hearing all this rebel music playing on the sound system, Jackson Hi-Fi, on my way from school. I use to sneak out of my house on Friday and Saturday nights to go to the bamboo lawn up the road from me to vibe with Jackson Hi-Fi and enjoy all that Cornell Campbell, Burning Spear, Culture, Ronnie Davis etc. that they would play.

RF: What was your first band and other early projects you were a part of?

RW: The name of my first band was Sonny Mughead and the Pagaragers in my area in Little London, Westmoreland Jamaica. Then, The Londonians, Umoja, Jamaica Connection, Roots Explosion 2, Fifth Extension, The Vital Band. Then, finally, Mystic Vibrations.

Music, especially reggae music, does something to my soul and my entire being. I experience my comfort zone playing music. As challenging as it can get to execute, it brings great reward of satisfaction. Playing live is a new experience every time, so I keep myself open for new experiences and knowledge. It’s a joy to see how a show starts and how it ends. It can start off mild and end in fever pitch. That in itself is priceless — to see people get outside their comfort zone and let loose because of the power of vibration from the music. Creating music is one’s legacy. It is one’s deepest inner thoughts that has been recorded and what will remain for many years after one exits this plain. Traveling in itself is an educational journey, and a gathering of one’s family within this period that is given to us on this plain. Meeting new people and bonding is irreplaceable.

RF: Who are some of the artists you have helped produce?

RW: Artists I have produced or recorded with:

The Itals (Recorded and toured with)

Ronnie Davis (Recorded and toured with) 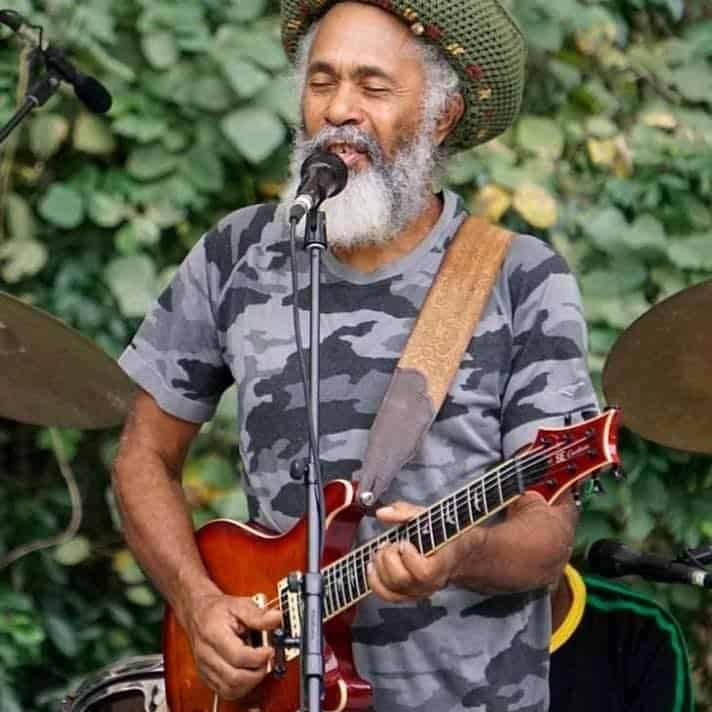 RF: What are some of the current projects you are working on?

RW: Classic reggae instrumental album with my original bass player from my childhood days and some tours with the Itals, Lindell Allen, and myself. He is the one actually releasing the album. All tracks are done and sent in for mastering.

RF: What is your message to the people and younger bands inspired by reggae?

RW: To the people, don’t stop loving one another. Be yourself and stand your ground for what you know. Don’t be easily influenced. Question everything, and most of all, be true to self and the truth will shine through. Musicians playing the king’s music, just let it flow from the heart.

Born in Coastal NC, Carl Blackmon grew up on Oak Island. He loved reggae from an early age and was able to connect and play keyboards for some of the greats in reggae, such as The Itals and Culture. Carl currently lives in Wilmington NC, with his fiancee and two children. He plays keyboards for Signal Fire and The Give Thanks Band.