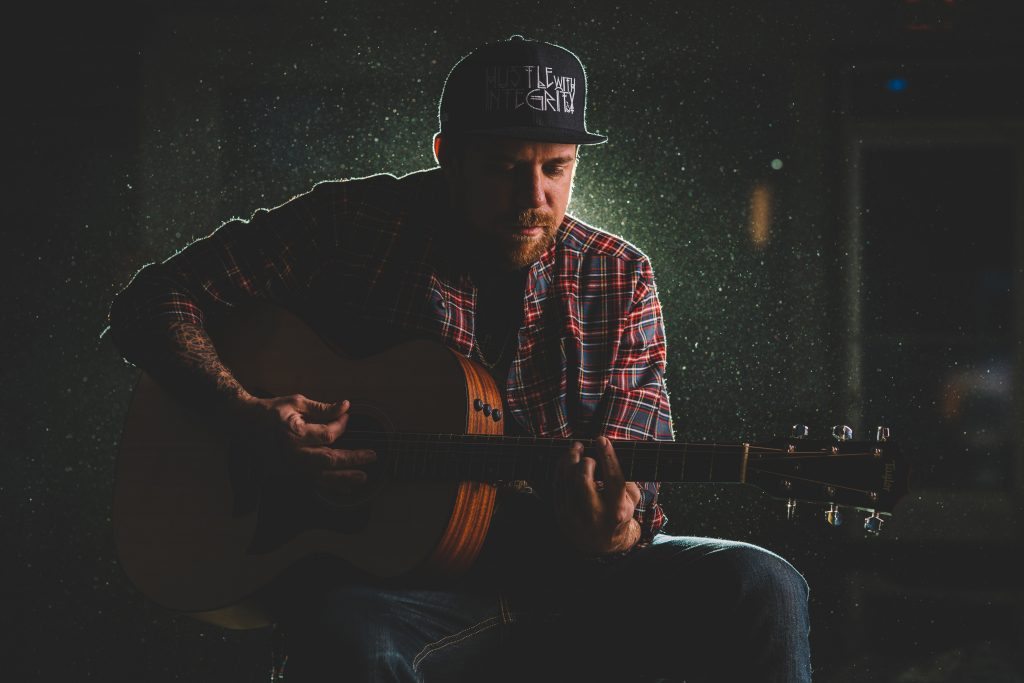 Jah Sun got his start in music as a teenage hip-hop/rap artist in the Austin, TX area. Although he had achieved moderate success, bad decisions while growing up immersed in street culture had led to numerous run-ins with the law, and at the age of 20 he found himself on trial for hustling ganja. His criminal record as a youth meant he was facing jail time, even more troublesome since he had recently gotten married and was expecting his first born son.

At this critical juncture of his life, fate introduced Jah Sun to the music of Bob Marley for the first time. Bob’s music resonated deeply within his soul and it prompted him to explore more about the message and culture behind reggae.

“I learned that people all over the world struggled like me, and even worse,” said Jah Sun. “I learned that even though I was poor and didn’t have a dad, I had a connection to the Most High. I learned that with a conscious mind, an ital livity and a clean heart, I could change the direction my life was going in.”

This epiphany gave him a new outlook and compelled him to change his image and lifestyle. In accordance with his Rastafarian inspiration, he grew locks, became a vegetarian and changed his focus to reggae. “I was swept away by the charismatic and energetic vibes of Jamaican culture,” Jah Sun related. “I loved the language, the music, the food and, most of all, the people. After my first visit to the island I was hooked.”

Jah Sun’s life instantly began to improve. His court case ended in probation without jail time and his wife gave birth to a healthy baby boy. “I was on my way to becoming a man that would forever be inspired to help people through music to activate their consciousness and realize their soul’s potential.”

His commitment to a healthier and more righteous lifestyle along with his passion and dedication to his craft – he even moved to California to improve his chances of becoming a successful reggae artist — propelled his career and in 2006 he released his debut album The Height of Light. Featuring collaborations with popular Jamaican singers such as Luciano, Junior Reid and Yami Bolo, the release garnered accolades and supported successful tours in the United States and Europe.

He followed this with his “breakout” 2012 album, Battle the Dragon, which, like his debut, featured more collaborations with big name artists from the international reggae community and even earned a song placement in the popular television series, “Glee.”

Building on his success, Jah Sun then released Rise as One in 2013 and New Paradigm in 2015, both well-crafted, very enjoyable albums, again including guest appearances from top Jamaican performers.

Surely aided in part by the guest vocalists, Jah Sun’s catalog has a distinctly modern, Jamaican sound – a digitally produced mix of high energy roots, dancehall, hip-hop, lovers rock and R&B. “In the beginning I thought the only way to play reggae music was to play it like in Jamaica as that was all I had ever heard,” he explained. “So I began learning all I could, including singing in patios, the same as I would if I was learning salsa or flamenco I’d want to sing in Spanish.”

For his latest album which drops tomorrow, Between the Lines, Jah Sun felt the urge to try something different. “In the past, I had a pre-produced composition to write to, but this time we wrote everything from scratch, using a guitar and piano. I learned something new, that when the lyrics and music are born at the same time, it creates a totally different vibe than writing to a beat.”

To best accommodate his goal of creating a more organic album, Jah Sun chose to record at the famous Prairie Sun Studios in Cotati, CA. Given the rich history of the studio, where artists such as the Grateful Dead, Van Morrison, Gregg Allman and Carlos Santana have recorded, Jah Sun was inspired by the vibes of the atmosphere and intrigued by the analog boards and vintage equipment. “I definitely set out wanting to do something very different than my other records and not just different, but deeper. I have always aimed to write uplifting and positive lyrics, but this time I wanted the music to also be warmer and have a human swing in it instead of a super tight gridded feeling,” he explained. “I think sometimes we try and make things sound too perfect. I wanted to experience the process of making an album like it was done years ago before everything went digital and in the box.”

This new approach definitely impacted the flavor of Between the Lines, a departure from his earlier records. Delightful from start to finish, this album contains none of the dancehall and hip-hop elements of the past records. The overarching tone is roots reggae, with world-beat, rock and acoustic elements. In satellite radio terms, whereas the previous albums were straight up The Joint material, this album would be equally fitting for heavy rotation play on the No Shoes Radio station, which is essentially a laid back, beachy mix of Caribbean, reggae, acoustic and country tunes. In drawing comparisons to other artists, with this release Jah Sun has gone from a Protoje/Chronixx/Sizzla vibe to undeniably Michael Franti.

Lyrically, Jah Sun continues to sing messages of social consciousness, spiritual upliftment, and self-improvement, but Between the Lines also looks inward. It has a more personal feel, such as the catchy, bouncy “1997” where Jah Sun sings to his younger self, and how he learned from the mistakes he made.

“This was different than my previous works, mostly because of the process, but also because I’ve never opened up like this before,” Jah Sun revealed. “This album is so honest, tells much of my stories, and highlights musicians who have influenced me in the past.”

Continuing with the introspective theme, in the first verse of “Tables Turn,” one of Jah Sun’s personal favorites on the album, he sings about how discovering reggae music completely opened his world up to a new reality. The second verse then broadens its message to express a realization of how everyone has their own struggles, no matter how perfect things might seem on the outside. The conversation between a traveler and a Caribbean native brings to mind “Dreadlock Holiday,” the 1970’s tale of a tourist’s sketchy experiences in Jamaica by British rock band 10cc.

Musically, this jubilant gem channels Graceland–era Paul Simon (as well as another track on the album, “Only Human”) and the islandy sound of Zach Deputy, an amalgam of African-style singing, country-tinged guitar, uplifting brass arrangements and sing along whoas and ohhhs.

Jah sun commented, “Tables Turn was so much fun to create. I have never put a song like this on a record before. I am a huge fan of singer/song-writer music as well as world/pop fusion and I always wanted to do something like this. The story in the song is about how people from all walks of life have their struggles and often think their burden is the heaviest, until meeting some one who is struggling even more. I think when our perspective can change like that then we can develop a deeper compassion for others.”

A Photo is Worth 1000 Songs – Best Friend →
wpDiscuz
We use cookies to ensure that we give you the best experience on our website. If you continue to use this site we will assume that you are happy with it.Ok