Charlottesville: What Can We Do?

What happened in Charlottesville, VA this weekend is something I’ll be processing for a long time. The helicopter that crashed, killing two cops…I could hear it circling over my house all day, right up until the time it flew away and crashed.  The place where Heather Heyer was run down is a major thoroughfare for pedestrian traffic in town. I walk right there several times per week, anytime I’m headed to the post office, the bank, the grocery store, to The Jefferson Theater or The Southern to see a show.

On Sunday, when Jason Kessler tried to give his press conference (the right-wing blogger who made chums with Richard Spencer and David Duke, and invited this tragedy into our community), he was shouted down and had to run for his life because a mob was literally ready to kill him in the streets. I could hear the shouting from my backyard. 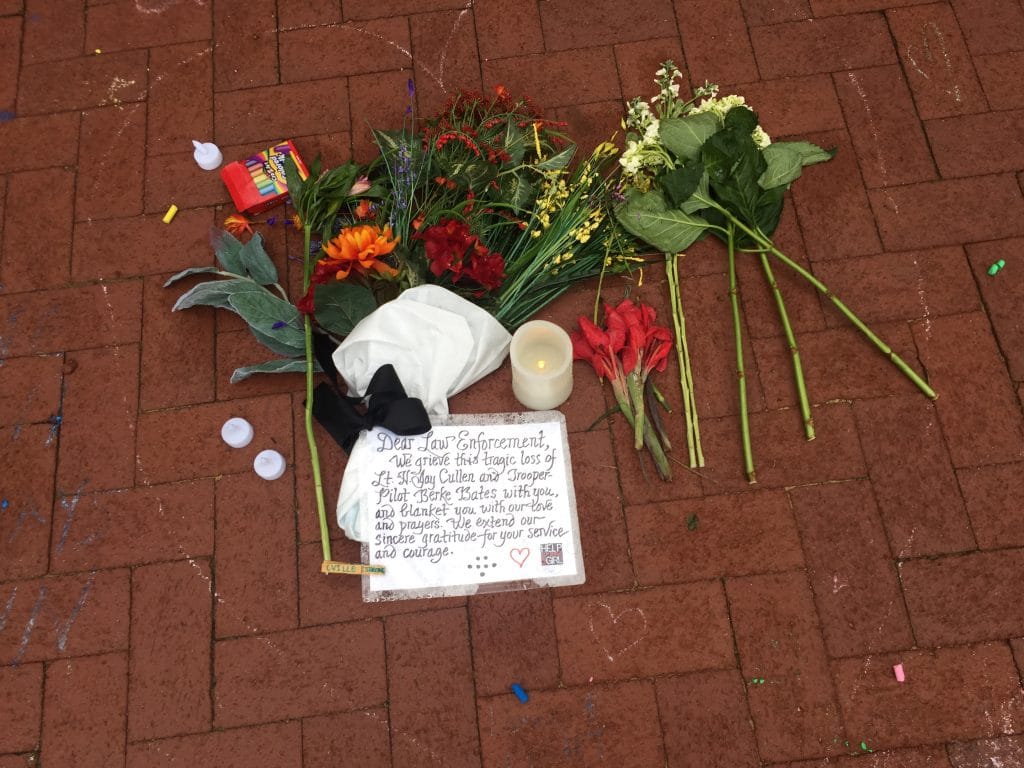 Memorial for fallen police officers in front of City Hall

It’s insane that a Confederate statue, which the citizens voted to remove, has been held up in litigation and appeals for long enough to become a beacon for modern hatred, where white supremacists think they can hide behind a facade of 1st and 2nd amendment rights, and claim victory because we live in a society that’s too indulgent to ignore their bait.

The best thing in the world would have been for the entire town to just leave, to remove our sails from their wind, to let them show up to empty streets, where they would receive no attention, no confrontation, and their hatred would become deflated, invalidated.

But we’re past the point of no return in 2017. Cameras were everywhere, and these people were looking for a fight.  Ignoring them altogether was never a realistic option. So people turned up and got angry. I was too shell-shocked to leave the house, and I’ll be grappling with that truth — with my own conscience for staying away — for a long time. I just couldn’t stomach it. I can forgive myself because I know that when things are complicated I need to take a few steps back and observe before I act.

But I’ve slept on it and woken up with fresh eyes and ears.

And the question now is WHAT CAN WE DO?

We can galvanize ourselves. We have incredible power to influence people and culture through our artists and events, and that’s what we must do. We must leverage that power, and help our artists lead.  It will be tricky, because some artists want to be more outspoken and direct and provocative, while others need to be more calculated and quiet, until their message is polished and potent. Whatever voice our artists choose to have, we must facilitate that and nurture it. We must give them louder megaphones. We must put our wind in their sails.

Bob Lefsetz touched on some complicated truths about the situation….

“If you think all your holier-than-thou outrage is gonna change their opinion, you’ve got another thing coming.”

“if you think standing up here and there telling people they’re wrong is gonna get you what you want, you’re completely delusional.”

“We all want the same things, food on the table, a roof over our heads and opportunity.”

So it’s time to get creative.

Our mission is to empower artists.

Through music and art, we can help individuals recognize the strength in their diversity, rather than the dangers of the unknown.

Please put some love out into the world today.

We have a lot of work to do.

p.p.s. – Thanks to Clinton Fearon, who’s song “Conqueror” helped me get through the last few days. 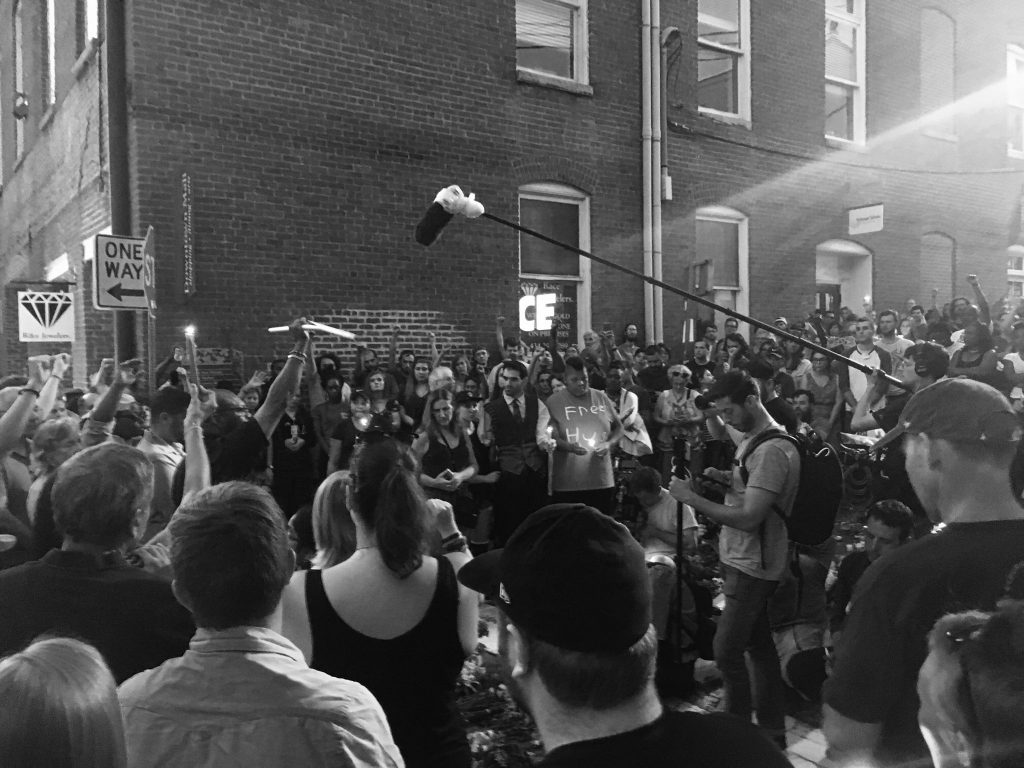 First Watch: Chronicles Dub Trio – Marcus Garvey →
wpDiscuz
We use cookies to ensure that we give you the best experience on our website. If you continue to use this site we will assume that you are happy with it.Ok