Can we please, in the USA, watch and dance to Clinton Fearon music in front of tens of thousands of people?! They do it in France. They do it in Brazil. Let’s go Cali Roots, Reggae Rise Up, Reggae Vibes! Let’s do this!

This past Friday, June 3, Fearon released his 13th full length solo album,  titled Breaking News. Is there such a thing as too much of a good thing? No there is not, especially in the context of Clinton Fearon’s massive catalogue of original music.  Every release stands mighty — each better than the last, when you didn’t think it could be any better.

How many artists do we have living amongst us who we can say this about? The list is small and growing smaller by the day. Legends take decades to really shine their crystals.

Breaking News finds our hero embarked on a new adventures in these times, therapeutically reflecting on the changes we have all experienced together. Lucky for us, he offers his sage, calm, straightforward guidance, voice, and vibration to push us through to a positive outcome.

The sun shines through the record bright as the best day –  mixed with pain, concern, and encouragement throughout.  This glow comes naturally out of Clinton the way it always has, since his time in the Gladiators, to his work with the Boogie Brown Band, and continuing with his solo acoustic work. In the recent past, Clinton has honed his method of creation and production to a very efficient craft of brilliantly constructed roots songs that have a signature sound throughout, yet are always breathing fresh oxygen to the listener like some medicinal rainforest jungle.

Recording Breaking News was a different experience for Fearon as it is the first one not entirely self-produced. After three years of successful partnership, Boogie Brown Productions (Clinton Fearon and his wife Catherine) and Baco Music decided to co-produce this magnificent album.

A story we are hearing from more and more musicians is that the pandemic gave them more of a precious commodity — time.  Implementing a new approach in creating this album,  Fearon was able to demo all of Breaking News in his hometown of Seattle, playing almost all of the instruments himself and working with sound engineer Pete Remine at Dubtrain Studio. The demo was then sent to the musicians in France to practice. A couple of months later, Fearon flew from Seattle to Bordeaux and started recording with his band in session with sound engineer Damien ‘Bobby’ Coutrot in Baco Studio.

Fearon is backed by The Riddim Source, who are comprised of the great musicians, Xavier “Kubix” Bègue (guitar), Julien “Manjul” Souletie (vocals and percussions), Simon “Saymon” Coutant (drums), Thomas “Mato” Cirade (bass) and Muctaru Wurie (keyboards). Clinton regards them all as “the best set of musicians I’ve ever played with.”

What an example of how wonderful change and growth can be for an artist!  These drums are grooving with toughness. The riddims have a fresh edge.  Despite the altered approach, Clinton is confident in his pursuit of sound and message and we all are to benefit from it.

Clinton Fearon far and away brings one of the most upful, positive, full-band reggae experiences on the planet. While this is not “breaking news” for some of us, puzzlingly, Fearon largely flies under the radar with the new batch of reggae massive here in the USA. American Reggae fans need to discover the secret of this immense talent now more than ever. 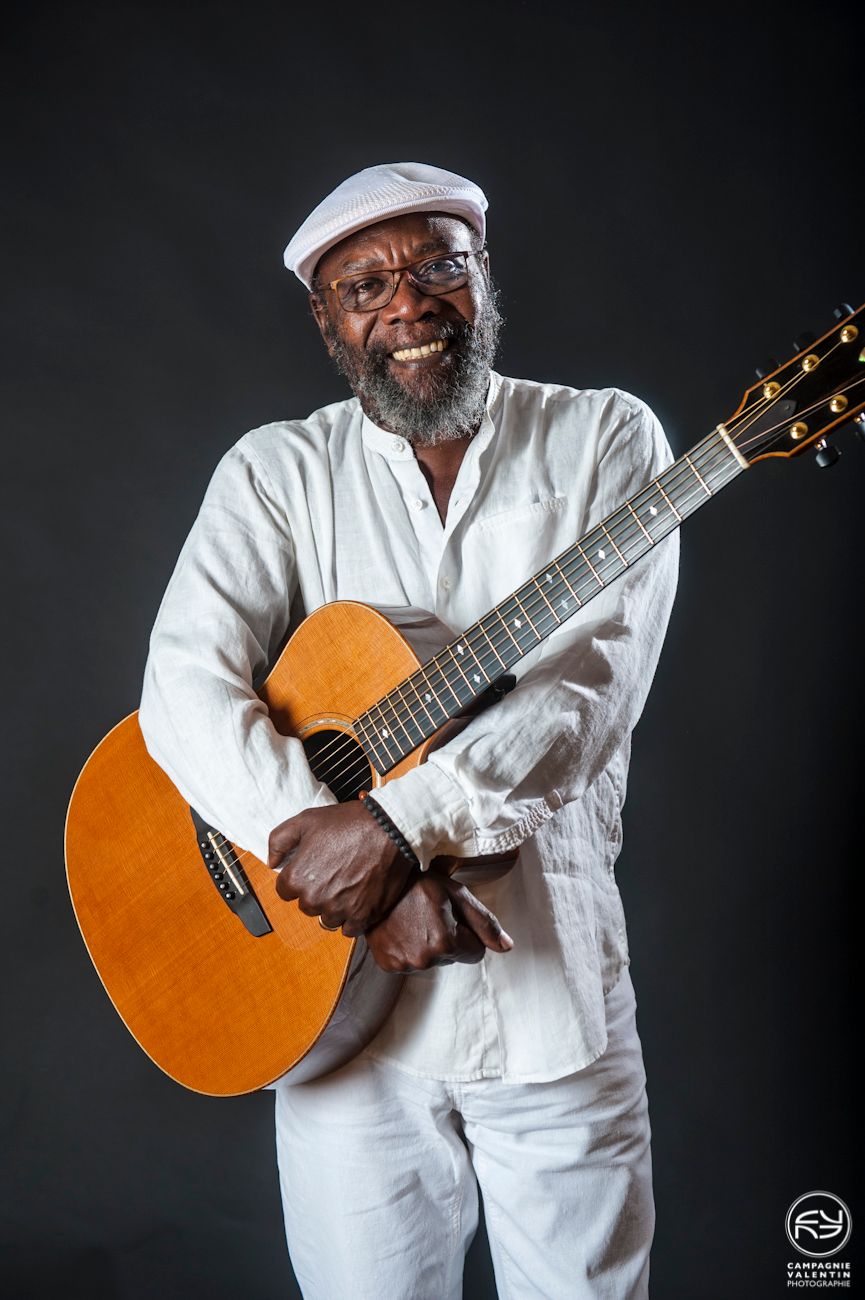