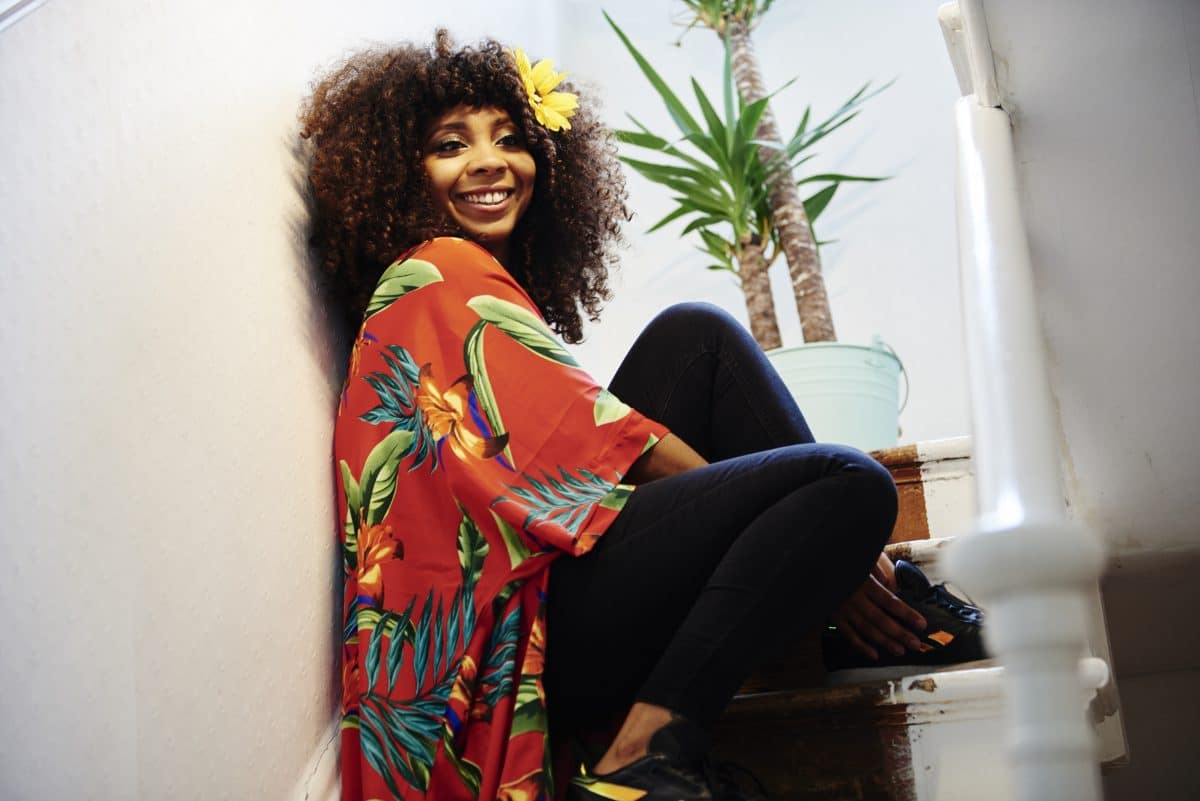 With her new album Vessel of Love dropping today on Merge Records, Hollie Cook once again presents to the world a fresh dose of her distinctive brand of reggae-infused tropical pop. Working with producer Martin ‘Youth’ Glover, Cook’s third full length album delivers with deep, stratified arrangements showcasing the vocal prowess of the West-London native. Cook excels in her ability to create music that appeals to an ever-widening spectrum of music lovers, from pop to dub to dance to jazz.

What makes Cook’s music work is her strong sense of self which resonates through-and-through across her discography. When you put on a Hollie Cook album, she is there holding the door open with a smile, welcoming the listener in to her cosmic land of playful mystery.

Before her blossoming solo career took root, Cook toured extensively with the all-female punk pioneers The Slits. Taking into consideration this aspect of her early career, her upbringing as the daughter of two musicians, including Sex Pistols’ drummer Paul Cook, and the resulting quality of her solo albums, we here at Rootfire wanted to find out more about Hollie’s perspective on the music industry and her creative process, as well as find out who she’s listening to today. Fortunately, we were lucky enough to track her down to chat for this installment of Rootfire’s Women In Reggae series.

Rootfire: When I think Hollie Cook one of the first things that comes to mind is unique songwriting. You seem to have a knack for tapping into the cosmos, creating ethereal lyrics and melodies matched by full, creative arrangements, while still maintaining high pop appeal. This is not your standard two chord reggae. Take us into your writing process….what’s the approach?

Hollie Cook: Thank you so much! I’m very much so melody driven and manage to work around that as a starting ground. Lyrically, I’m definitely inspired by the imagery of nature and space. But I most certainly can’t take full credit for the song writing on the first two albums. Barth Corbelet is a good old friend of Prince Fatty’s, and is responsible for many of the weird and wonderful lyrics and melodies. Working with him taught me a lot about different ways to approach writing songs.

RF: The music business is an ever changing industry. As the daughter of two successful musicians, I would imagine you have experienced the workings of the industry since a very early age. How have you seen the role of women change in the industry, where do they stand now, and what should we expect in the future? Is the music biz becoming a more gender neutral industry?

HC: I’d like to think it’s on the way to that. There is still some time to wait for this change, but it’s happening. There are far more women in the industry. But there could always be more. I really noticed this when I was looking for a new manager recently, and was hoping to find a woman to work with. But unfortunately to no avail.

RF: Who are some women in the industry, artists, producers, or otherwise, that you are inspired by? Any up-and-coming talent we should be keeping an eye out for? Any role models you had growing up?

HC: Role models growing up were Bjork, Debbie Harry, Courtney Love, Ronnie Spector, Polly Styrene, Ari Up…..So many more I could mention. I always have been so drawn to female vocalists and look to them for inspiration. Up-and-coming talent I’m into are Eva Lazarus, Jaguar and Saint Clair.

RF: Your latest record, Vessel of Love, was just released on Merge Records. I see you’re working with producer Martin ‘Youth’ Glover on this album, who has worked with the likes of Paul McCartney and The Verve; how did that partnership come about? How does the studio workflow compare to past producers you’ve worked with such as Prince Fatty and Ben Mckone?

HC: My dad actually put forward the idea of working with Youth. He could see that I was a bit stuck and not sure what to do next. He’d been working with Youth on a live project, and I think could see that Youth would be a great fit. He’s an incredibly versatile producer and is so open to trying anything and working with people. So we gave it a shot and it worked out pretty nicely. He was great at sussing out how I work. We would work on ideas at the start of the day and he would leave me to it for a few hours and come back and make wonderful suggestions that would turn my few hours of work into complete songs. It was a lot of fun.

RF: I was fortunate enough to catch you back in 2014 in Boulder, Colorado during your first US tour. I know a lot of Rootfire’s base would love the opportunity to catch a show of yours near them. Is your recent signing with Merge Records (based in Durham, NC) an indication that the US will be seeing more of Hollie Cook? Are there plans for a stateside tour accompanying the new album this year?

HC: Yes! I have some dates in March to look out for (providing my visa gets approved):

And then with any joy some more over the summer/fall. 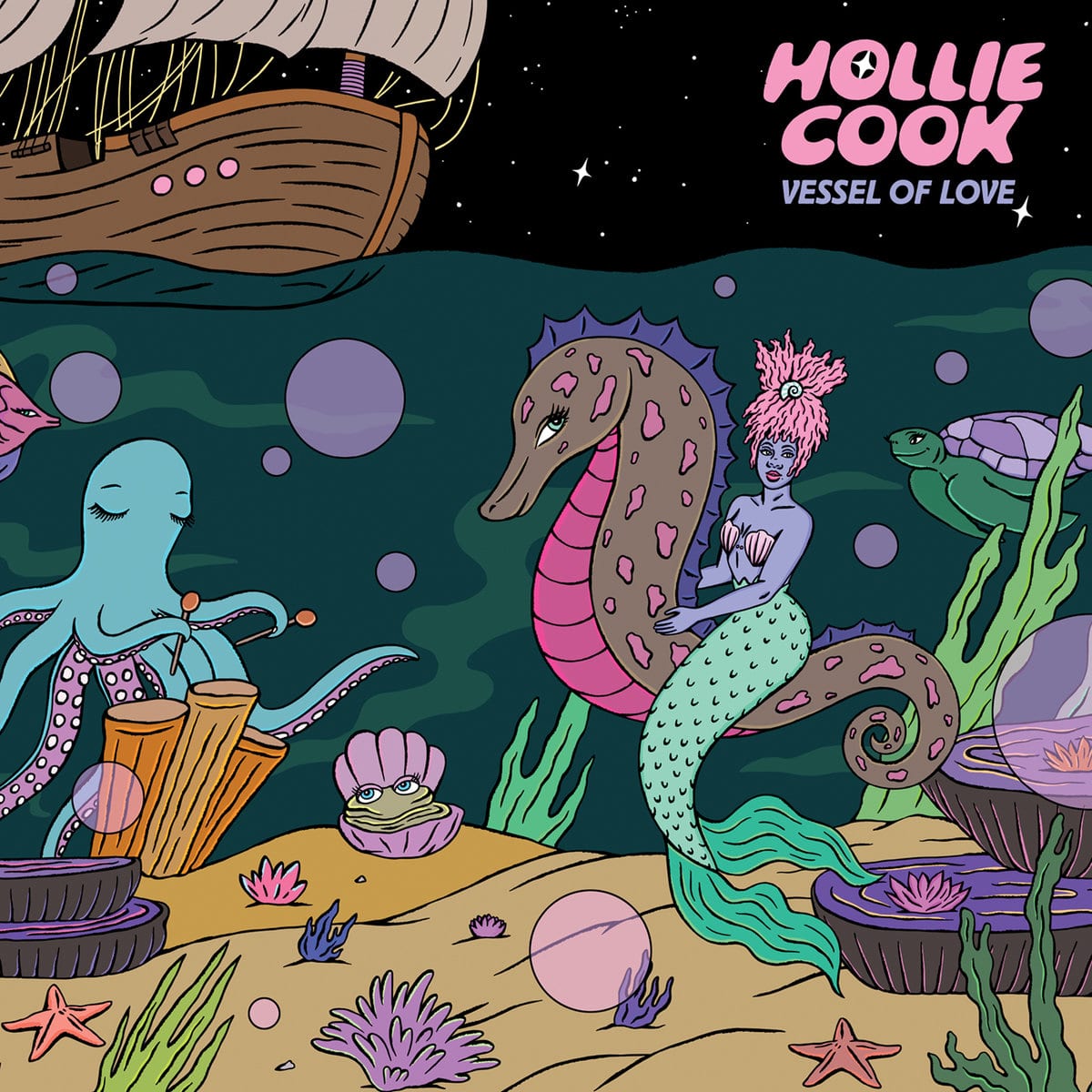 First Watch: Nattali Rize – Warriors →
wpDiscuz
We use cookies to ensure that we give you the best experience on our website. If you continue to use this site we will assume that you are happy with it.Ok