In the late eighties and early nineties, if you wanted reggae music, it was probably coming from RAS Records, straight out of Washington D.C. They had a mail-order catalog (pre-internet) and served as publisher for a lot of the famous acts coming out of Jamaica at the time. Operating simultaneously was the major booking agency (Fast Lane Entertainment) and a slew of top-notch musicians ready to back the Jamaican artists as they came through D.C..

Amani Smith hails from Southeast D.C., and was at the center of this movement, playing guitar for his own band The Soul Defender Posse (who backed many of the artists that RAS Records brought to town), doing recording sessions, and spreading the message of Equal Rights and Unity while supporting iconic Jamaican artists as they toured. Recently I was able to sit down with him and ask him about his musical journey. 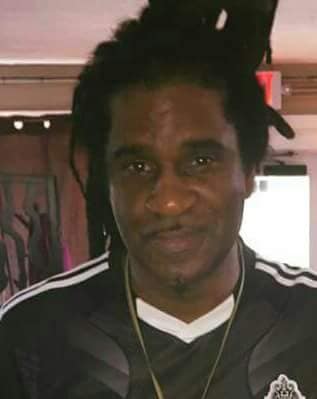 Your Backstory and how you came into music?

I was born into music right from the start. My grandmother, Mary Senobia Smith, was the church organist for 30 years until she retired from playing, Uncle Fred Wolfe Smith was backup guitarist for Chuck Barry, another Uncle played organ and piano. A whole slew of cousins who all played drums, bass, or guitar as well. So it was kind of natural for me to pick up the guitar when I turned 15. “I was just trying to be like them & loved it.”

Your early influences that inspired you?

How did you get into reggae music?

I got into reggae for the message that the originators of the music was putting out “BLACK LIBERATION, BLACK SELF RELIANCE, AND PAN AFRICANISM” which I could definitely identify with. Being a child born during racial segregation in America, seeing and remembering the first-hand experiences of injustices & mistreatment of black people growing up in Washington, D.C.

What was the name of your first band and other early projects you were a part of?

All others  I have recorded with or performed in :

Talk a little about music, and what drives you to devote such a big part of your energy towards recording, and making albums, and traveling around playing this music for people?

What drives me to continue to do this is what drove me from the first days of me picking up the guitar. It is the true love for the instrument & belief that music can change people’s lives through songs with a message.

Who are some of the artists you have helped produce?

What is your message to the people and younger bands inspired by reggae?

My message I would like to leave is any artist wanting to do reggae music, never forget where reggae music comes from & the history of it.