Tropidelic’s New Album “Of Illusion” out now on Ineffable Records

While the old idiom goes “the best is yet to come,” the best has just arrived for Tropidelic with the release of their latest album Of Illusion (Ineffable Records). Of Illusion displays the continued growth and versatility of this Cleveland-based six-piece in a compelling follow up to their last full-length album, Here in the Heights, which debuted at #2 on the Billboard Reggae Albums chart in late 2019.

Known for fusing a myriad of musical influences and their energy both on and off the stage, Tropidelic continues to push themselves further with every new track, while staying true to their unapologetically original roots. Notable guest features throughout the album include Matisyahu, Devin the Dude, Dirty Heads, The Elovaters, Shwayze, and others.

“This new record is something we have been trying to achieve for a while,” recalls Tropidelic’s drummer, Rex Larkman. “We were searching for a whole new world (no pun intended) of sounds by collaborating with Chris, our new producer. We wanted to achieve something that’s cohesive and different from the rest of our catalogue, while still keeping it Tropidelic. Pushing the boundaries of how listeners may expect us to sound has always been our thing, and I think Of Illusion breached a whole new level for us.”

Of Illusion was recorded at Signal Flow Studios in Cleveland. 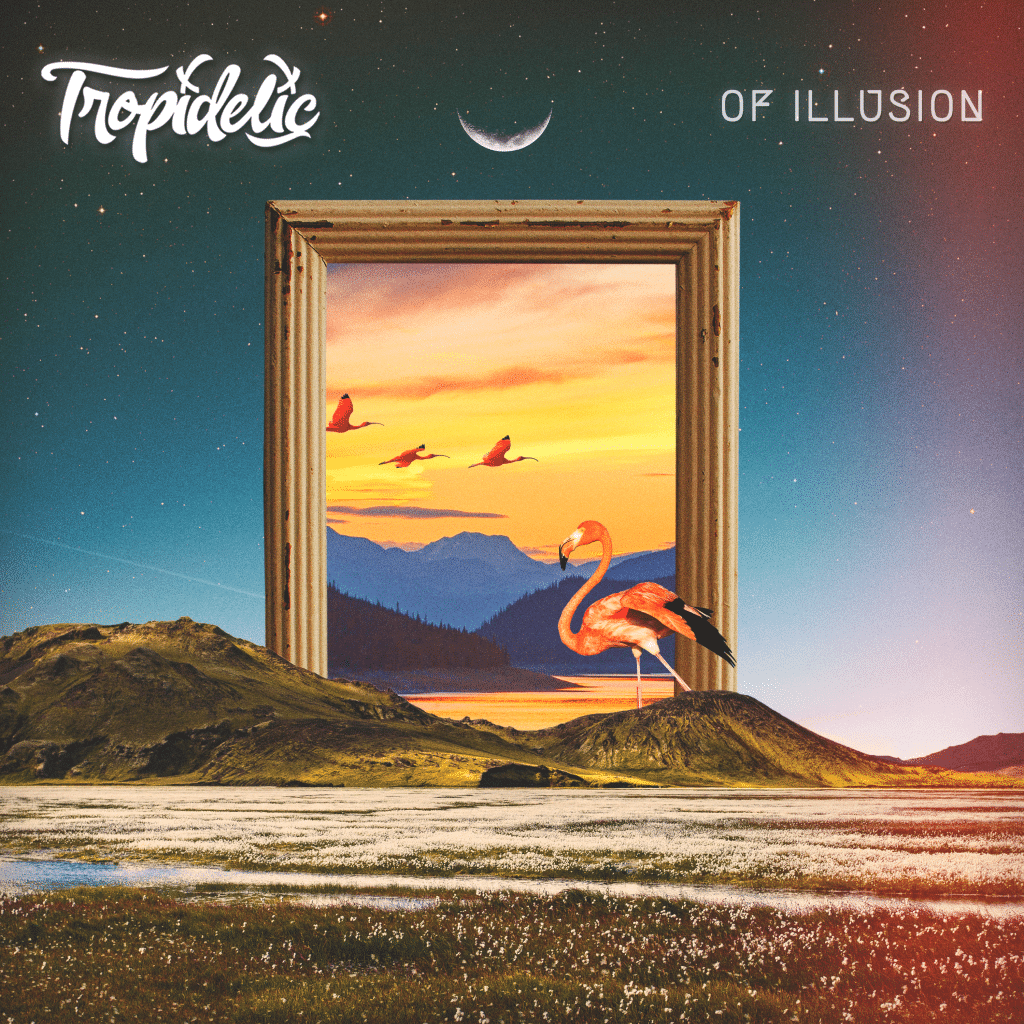