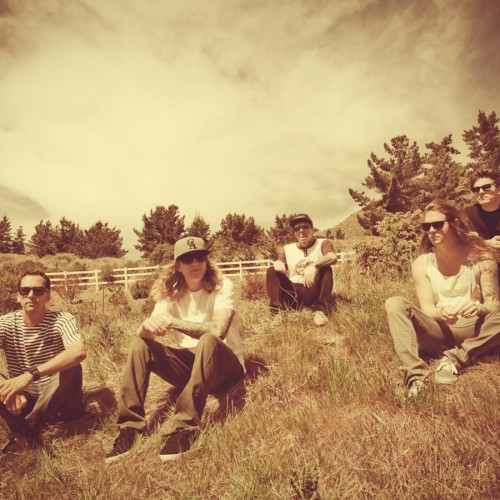 The Sound of Change can’t come from external forces, it has to emanate from within. For Dirty Heads, evolution beyond their reggae-rock roots has developed over time and is manifested on their new album “Sound of Change.” Due out summer 2014 via Five Seven Music, the album boasts some of the groups’ most diverse and ambitious work to date. “Sound of Change” takes a literal meaning with the production of this album, as the band links up with Grammy award winning producer Supa Dups (Nina Sky, Bruno Mars),Buddah Shampoo (Ty Dolla $ign), Niles (of hip hop duo, The Cataracs), Ward 21 (311, Major Lazer reggae collaborators) and long-time friend and collaborator, Rome (Sublime).

The feel-good vibe associated with their sound was not forgotten. Sonically, “Sound of Change” amps up the groundwork laid by previous albums. Fine-tuned alternative choruses work harmoniously with hip-hop influenced production that seams the songs together. Universal themes of compassion, reflection and happiness are at the core of “Sound of Change.” “We wanted the songs on this album to touch on the things we deeply care about and the people we are inside” front man Jared (Dirty J) Watson asserts, “but then we want to address the other side – when the weekend comes and we need to let go and just rage.” Who can’t relate to that feeling?

Vocalist/Guitarist Dustin Bushnell (Duddy B) is constantly looking to connect the dots between the live show with the album tracks, often mentally mapping out the live elements as the songs are being recorded. For the touring cycle surrounding the release “Sound of Change” the band plans to bring a live show that will energetically compliment each new track. Dirty Heads have racked up their miles bringing that live experience to fans across the globe for over a decade. “Now that our lives are touring we get to see the world,” both Watson and Bushnell agree, “we’re taking stories and vibes from around the world and making this album is the culmination of that.”

The band’s breakout 2008 album “Any Port In The Storm” included the chart-topping hit track “Lay Me Down” which features current Sublime frontman, Rome. The track had an incredible run for eleven weeks at #1 on the Billboard charts, laying a solid foundation for their follow up sophomore album “Cabin By The Sea” which was released in 2012. Dirty Heads then began their musical metamorphosis with their 2013 acoustic album “Home – Phantoms Of Summer,” allowing time for their metamorphosis embodied in “Sound of Change.” Their previous work featured contributions from talent such as Del The Funky Homosapien, Matisyahu, Rome (Sublime) and guitar legend Slash.

“Sound of Change” is a melting pot of all the band members’ experiences and musical persuasions, addressing both serious and lighthearted subject matter in their signature way. On the lighter side of the spectrum, “Burn Slow” (Produced by Rome, featuring rapper, Tech N9ne) showcases the hip-hop oriented side of the band. With anthemic choruses and a feel-good aura, Watson boasts the song is the perfect soundtrack for those times when you’re “having a good time, going out with friends and realize that sometimes you just need to chill.” The retro sound and sexy lyrics of “Hear You Comin,” highlights Watson’s soaring vocals in its hook. The first single, the metaphorical“My Sweet Summer” (produced by Niles from The Cataracs) is, in reality, a song for all seasons. An undeniable groove underlines the lyrical lament. The title track “Sound of Change” is the key manifestation of the artistic maturation of the band. “The world is always changing political and social outlooks and on a broader scale, look at the changes within yourself” Watson reflects, “the song is about embracing the change life is going to bring no matter what, because that change is inevitable.” Though there is diversity on “Sound of Change,” as a body of work, it is cohesive in a way only Dirty Heads can achieve.

As a full six-piece unit, frontmen Watson and Bushnell are joined by keyboardist/vocalist Shawn Hagood, percussionistJon Olazabal, drummer Matt Ochoa and bassist David Foral. This lineup is hell-bent on grabbing new ears with “Sound of Change.” Their own journey can be heard within the album– all you have to do is sit back and listen. 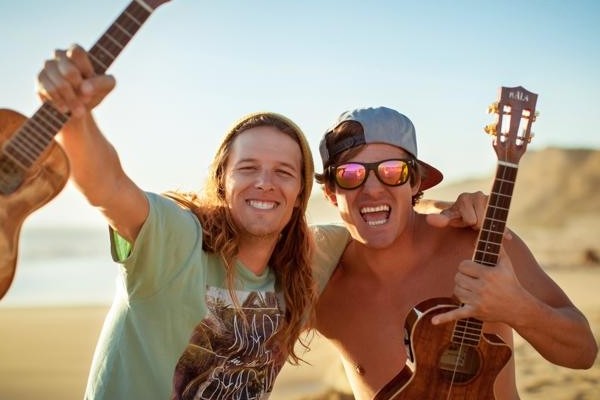