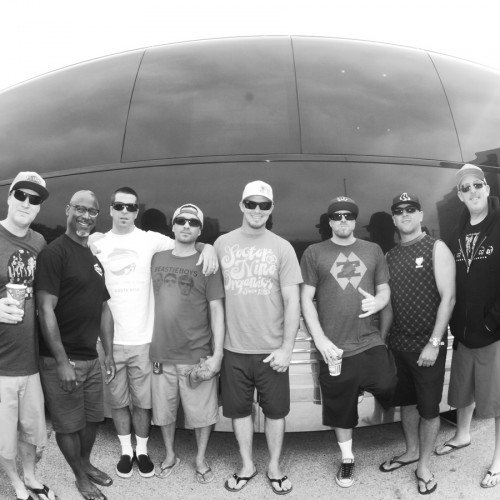 The band’s prolific 2017 schedule has included international shows in South America, Australia, England and the Netherlands, in addition to the 30+ national headlining dates that encompassed the band’s annual outdoor amphitheater tour, titled “Sounds Of Summer 2017,” ranking in Pollstar’s Top 100 Global Tours of Summer 2017. In December 2017, the genre-mashing outfit will host its 4th annual Closer To The Sun festival, a four day gathering of music in an intimate “all inclusive” setting for their hardest core fans and favorite hand selected talent, taking place on the sand in Puerto Morelos, Mexico, amidst the spiritual Mayan Peninsula. The Closer To The Sun festival also represents Slightly Stoopid’s philanthropic side, as the event helps to raise funds for the non-profit charity, Positive Legacy.

Recently Slightly Stoopid churned out their second live webcast performance with music legend Bob Weir (Grateful Dead) at his TRI Studios complex, a session that yielded live versions of Grateful Dead’s “Franklin’s Tower” and Prince’s “Purple Rain” (the latter recorded at the respectful request of Weir on the morning that witnessed the legend’s unanticipated passing).

An eclectic band when it comes to musical styles as well as collaborations, Slightly Stoopid, now in their second decade of making music, continues to manufacture an energizing and multifaceted sound that has been described as “a spiritual bath of positive party energy.” Look for new music from the band in 2018…