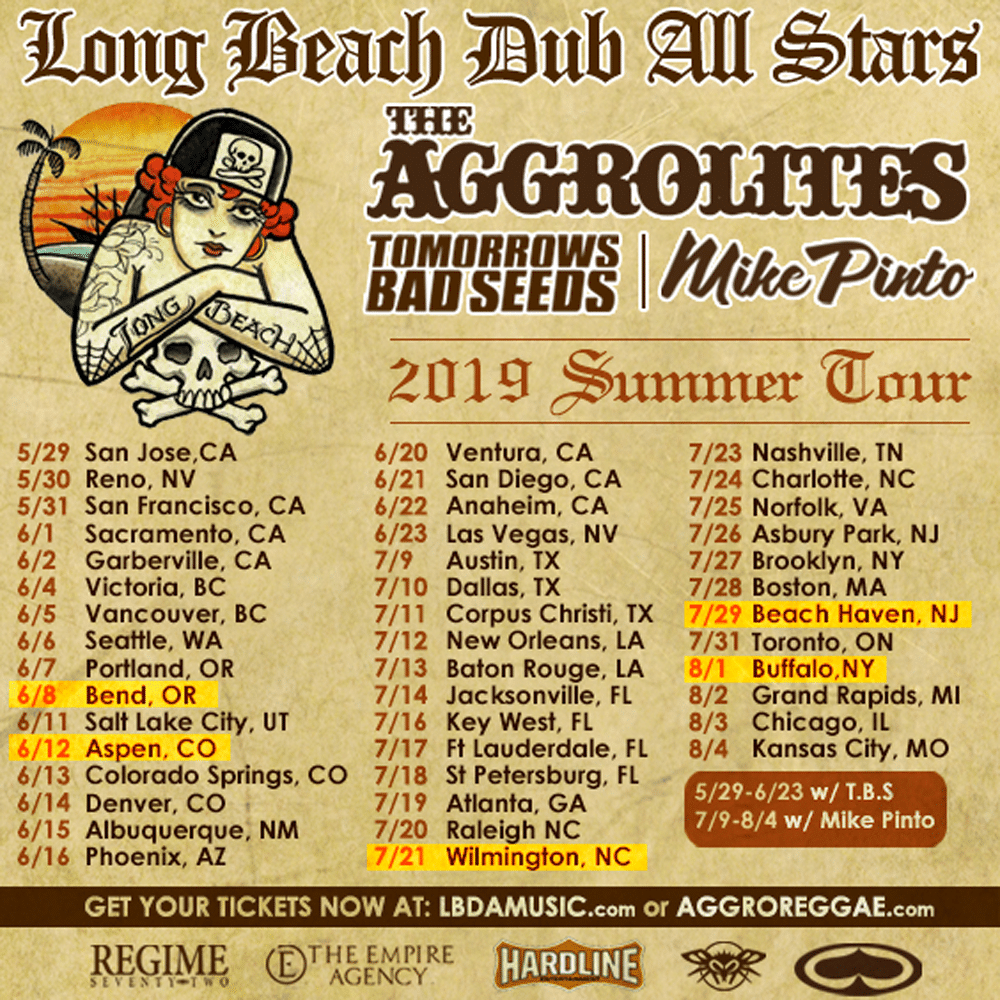 The LONG BEACH DUB ALLSTARS are hitting the road for their first extended run in years. They are bringing along L.A.’s early-reggae revivalists THE AGGROLITES, as well as TOMORROW’S BAD SEEDS and MIKE PINTO. Tour starts Wednesday May 29 in San Jose, CA., and we are giving away tickets to see these pillars and innovators of the SoCal reggae sound. Original founding member and drummer on SUBLIME’S 40oz. To Freedom record Marshall Goodman had this to say about the soon-to-be-released new record and upcoming tour:

“This tour is the culmination of hard work that Kevin Zinger and I initiated about three years ago, and wouldn’t have been possible without Ken Seaton who came on as our day-to-day manager shortly after we officially signed on with Regime Management. It all started when Kevin called me and asked if I’d be interested in putting the band back together to perform for an SRH anniversary show in San Bernardino. I thought it’d be a great opportunity to celebrate the long road I’ve travelled with some of these guys—Opie, Eric, and me went to Jefferson Junior High School together and have been friends ever since. So, I told Kevin I’d be down to put in the work as long as Opie and Eric were in the line-up, he confirmed them, and we got to work on the rest. Between then and now, we’ve gone through some member swaps and reorganization, but we are still the essence of what the Long Beach Dub Allstars started out as—an Allstar band representing the Long Beach skate/surf lifestyle delivering authentic and genuine music. For me, embarking on this Summer tour and putting the finishing touches on a new record establishes a milestone of accomplishment, and I’m thankful to Ken Seaton, Kevin Zinger, Zach Johnson and everyone else that contributed. The Long Beach Dub Allstars are once again able to bring our music to folks, and we’re honored and grateful for this opportunity! See you all soon.”

Enter below to win tickets.