The Little Festival That Could: Success for the Inaugural Arizona Roots Music and Arts Festival

With California Roots hitting its tenth year in full stride in 2019 and other festivals like Reggae Rise Up growing rapidly every year, there is no denying that the reggae festival community is doing well. Yet while the chance of running into friends from far and wide is always a plus at these festivals, whose attendance is measured in the tens of thousands, sometimes the crowds leave us jonesing for the good old days of smaller audiences and homegrown vibes. Enter Arizona Roots Music and Arts Festival.

2019 marked the inaugural year for AZ Roots, but don’t think for a second that that meant this festival was plagued by the typical first-year festival woes. Brought by the same team who presents Cali Roots, the Arizona event had the cool and collected feel of presenters who know what they’re doing and do it well. 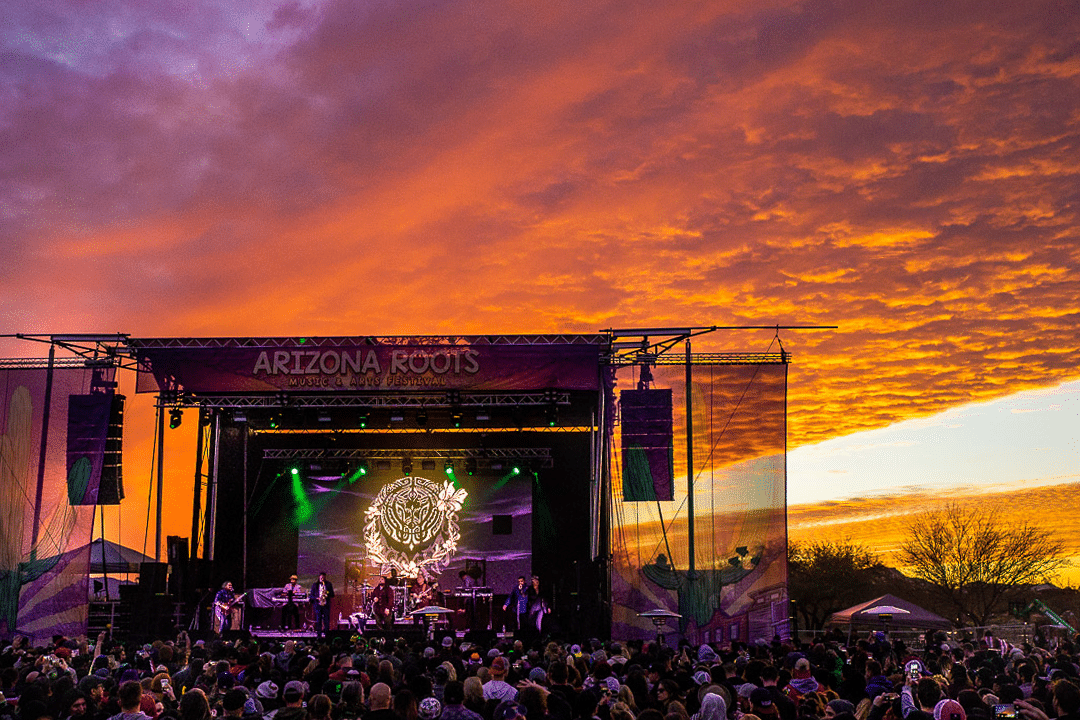 Set in the rustic western theme park of the Rawhide Western Town and Event Center, AZ Roots immediately has a different vibe than any other reggae festival you’ve attended. Store fronts straight out of High Plains Drifter are splashed against a backdrop of jagged mountains, sprawling chaparral and saguaro cacti, just waiting to be lit up by a sunset whose colors you only get in the American southwest. But smooth production wasn’t the only area where the AZ Roots team shined—a quick look at the lineup says anything but first year festival.

Headliners Rebelution and Stick Figure, Atmosphere and Dispatch, plus second tier artists like The Movement, Katchafire and Iya Terra lit up the main Arizona Roots Stage while an array of local bands like Kill Babylon Coalition warmed up the smaller Rawhide Stage for Mike Love and Xiuhtezcatl who closed it out on Saturday and Sunday respectively. And this was the true treat of AZ Roots: seeing the top acts of the genre in a crowd of 5,000 rather than 15,000. 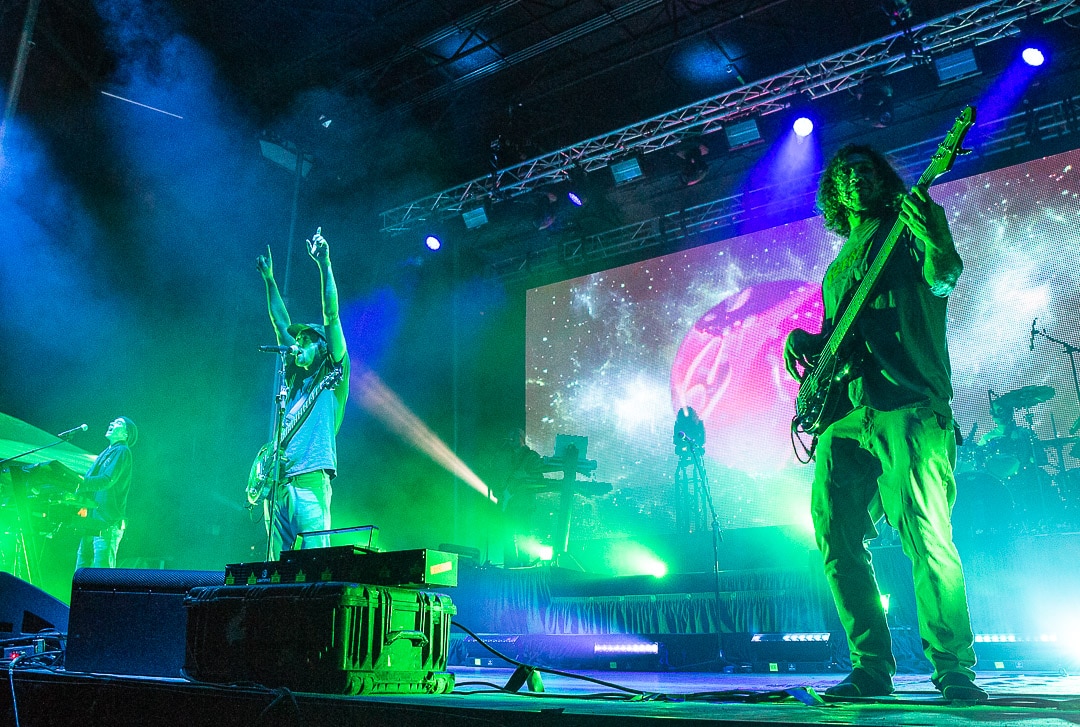 Stick Figure closing out the festival

Arizona may seem like a curious choice of location to put on a reggae festival. The state has a reputation for red colored intolerance with some of the most conservative policies of any state in the union. 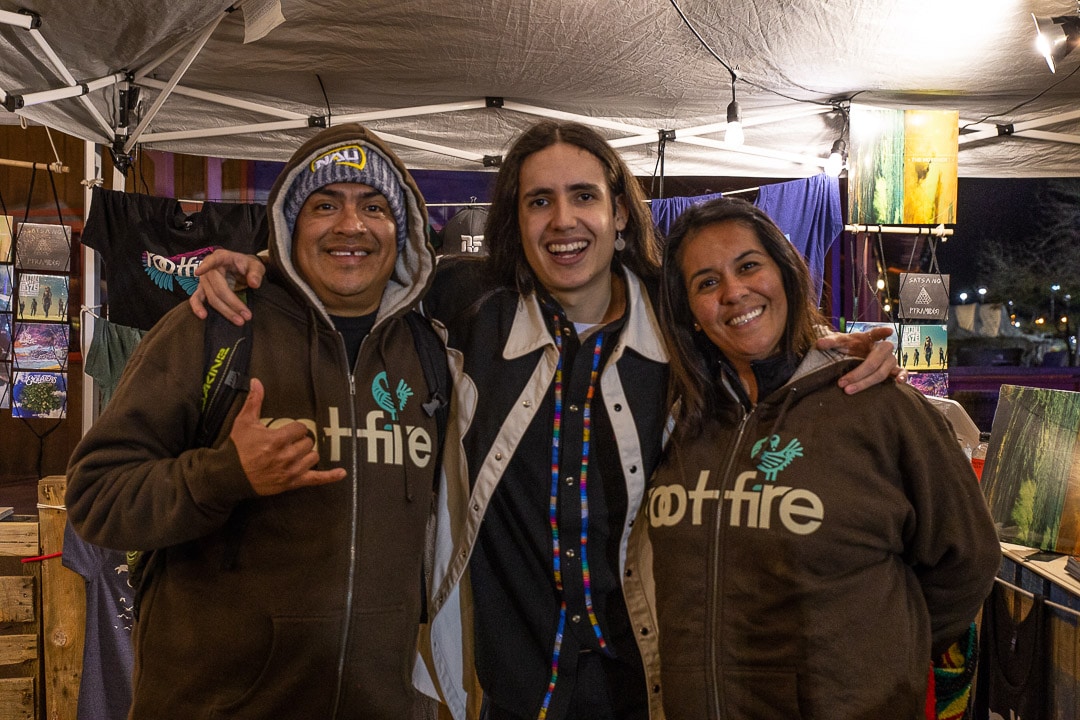 Xiuhtezcatl meetin’ and greetin’ with fans at the Rootfire booth

What some may not realize is that Arizona fell shy by only 2% of the vote to legalize recreational marijuana in 2016 (medical has been legal since 2010) and with Phoenix being the fifth largest city in the country, this kind of size inevitably brings diversity. The bottom line for this February weekend? The ganja was blazing and the temperament at AZ Roots was pure love and family.

It’s always exciting to see something new get off to a great start. To be a part of the first year of a festival, to experience the origin of an event, is special. And why not have that event in the Wild West. Hats off to the Cali Roots crew for adding another quality festival in a truly unique atmosphere for the reggae community to enjoy. As you start to consider where your festival dollars are going to be spent in 2020, keep Arizona Roots Music and Arts Festival on your radar—it’s already great and promises to only keep getting greater. 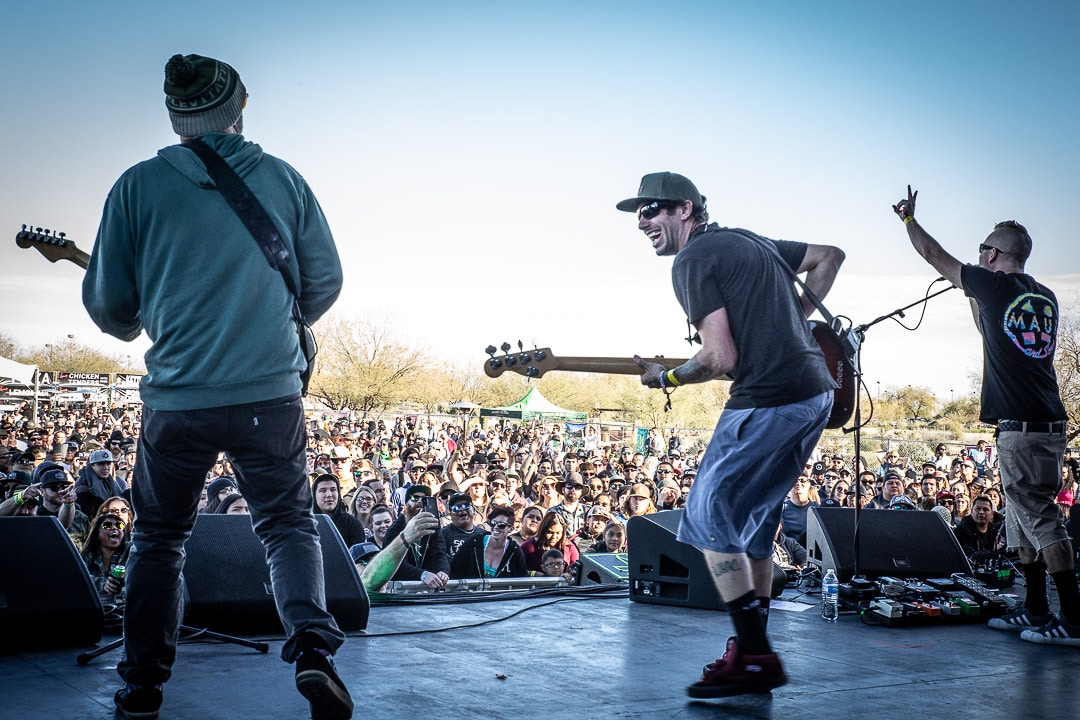 The Movement with Johnny Cosmic 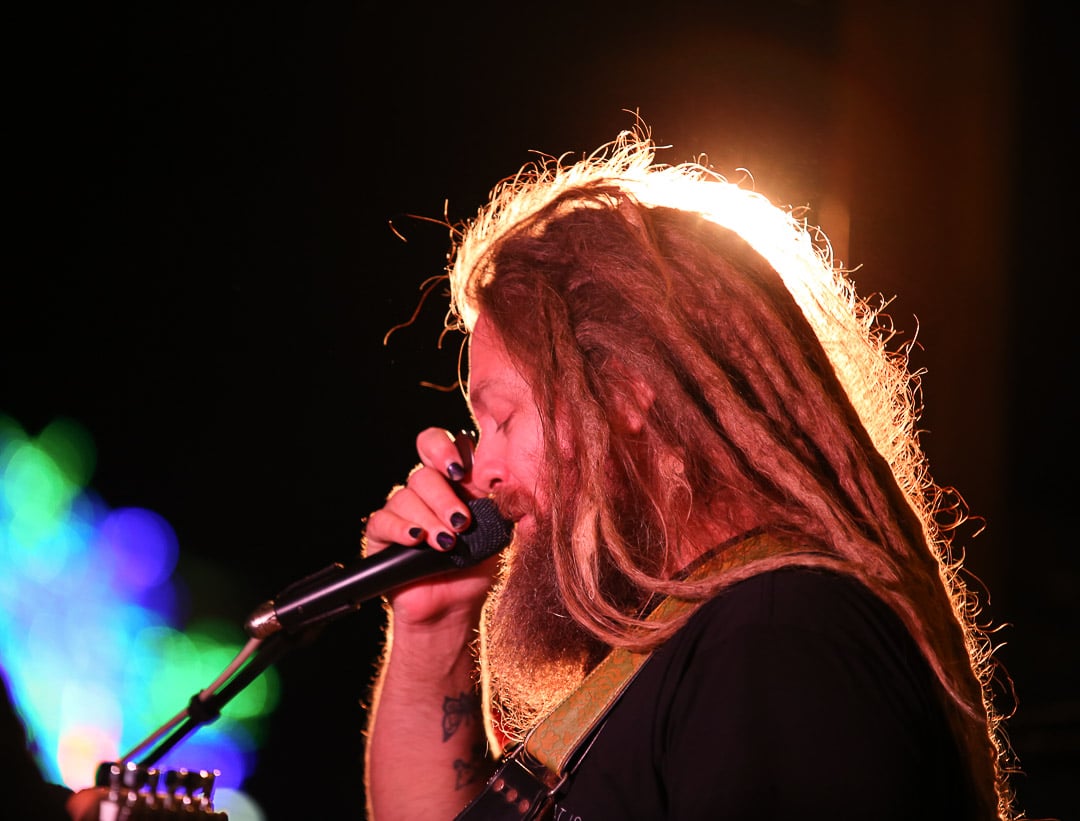 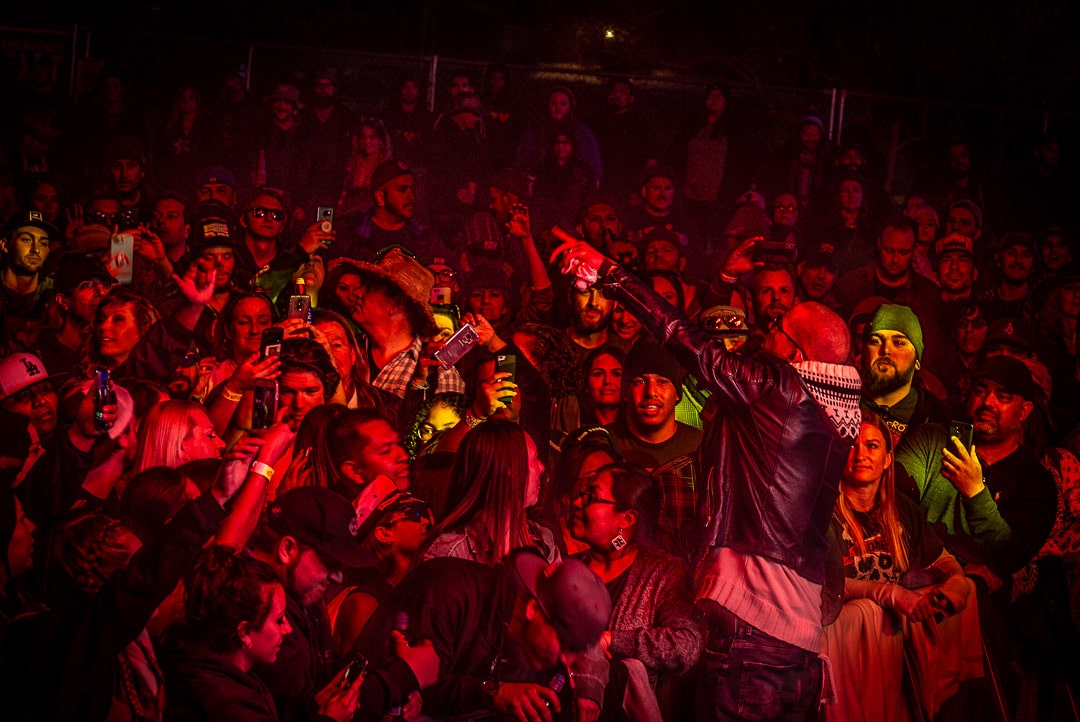 Collie Buddz connecting with the crowd 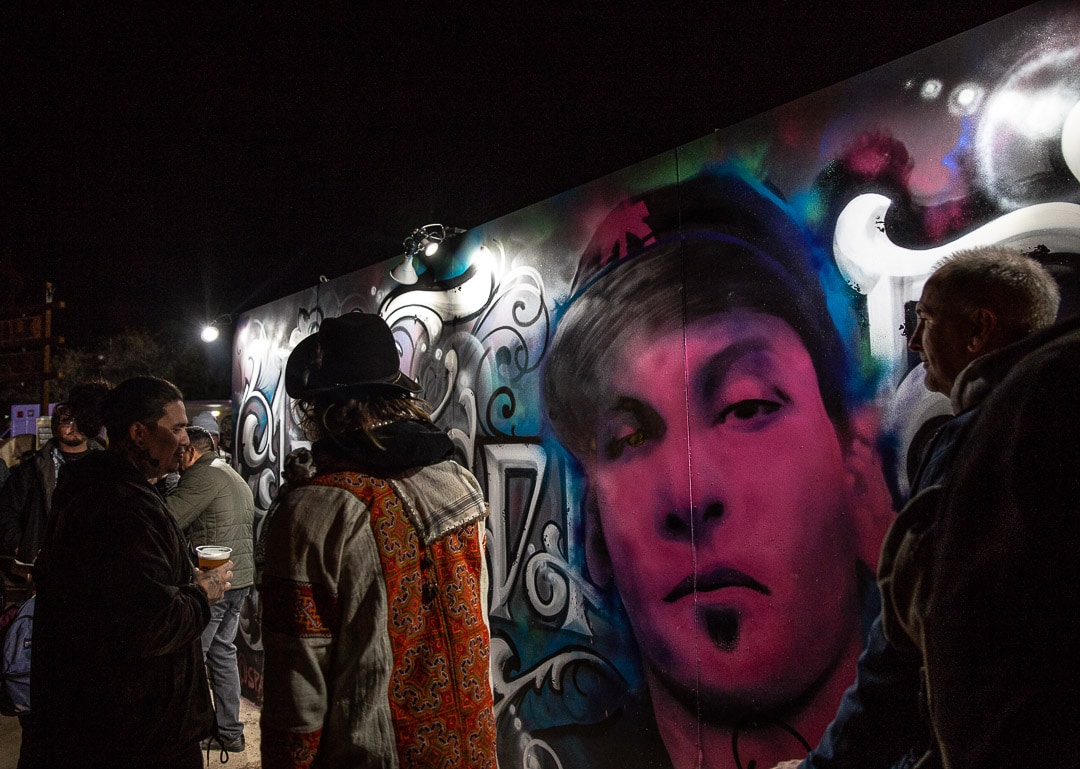 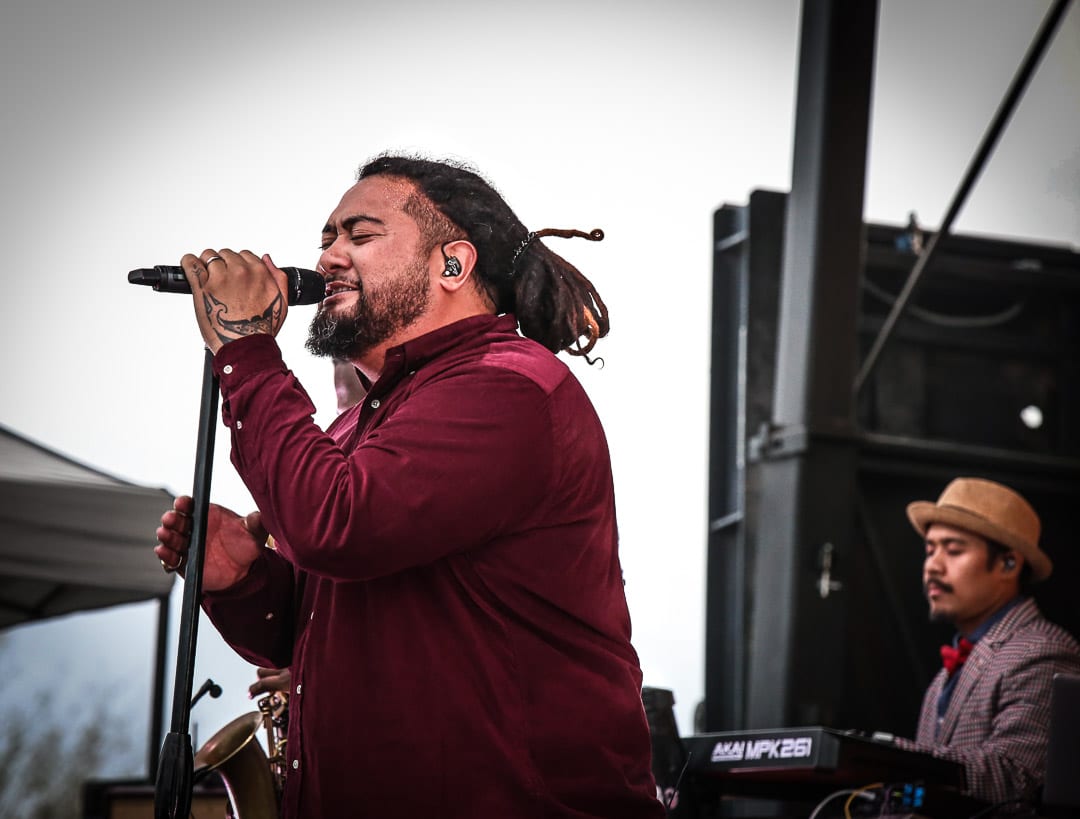 J Boog singing from the heart 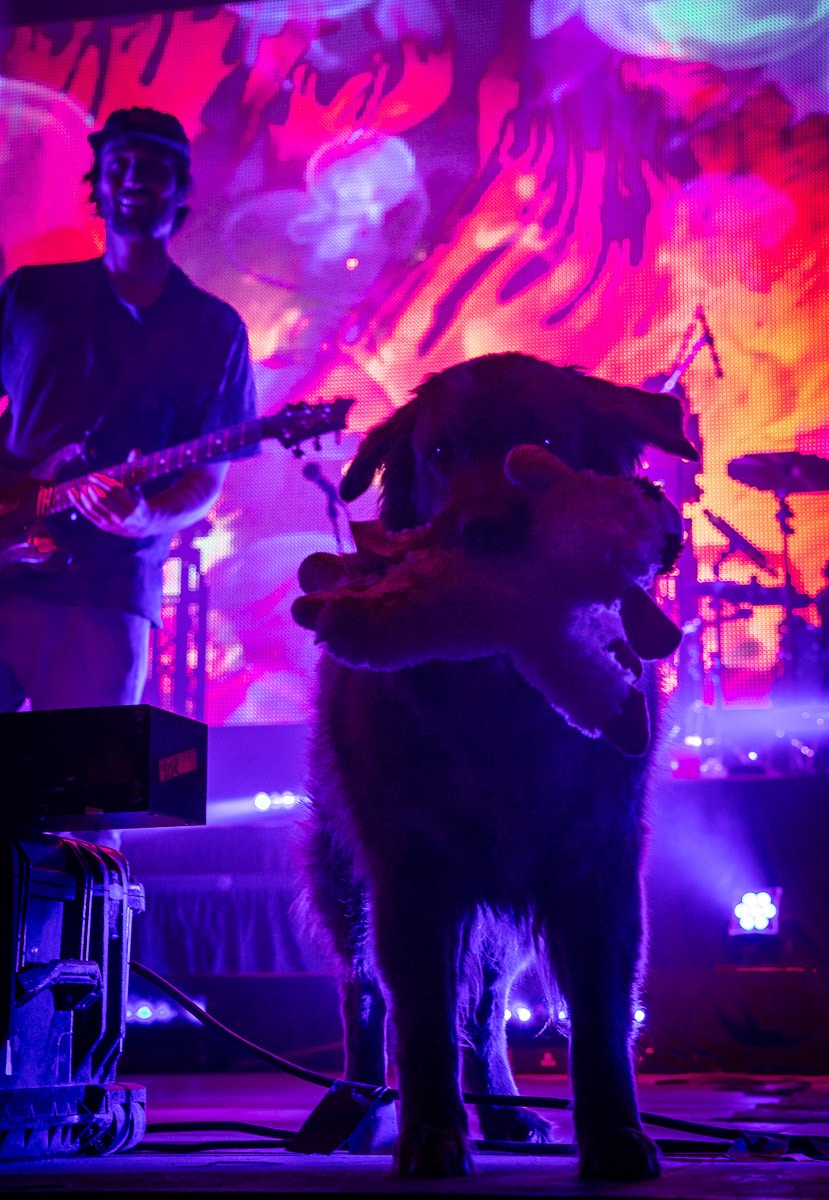 Cocoa the tour dog and her little lamb

← First Listen: The Prizefighters – Along for the Ride