Issue #7 turns the page on a new chapter at Rootfire. It was the first time we really asked to hear from you, and the stories you sent in were incredible. The whole thing started with Keenan Donath, who introduced Fortunate Youth’s new single “My Love,” but it reached new heights with all the amazing messages you sent during our vinyl and concert ticket giveaways.

During the giveaway for Rebelution tickets, we asked you to send in stories about who you would give the tickets to and why? A few answers got the tickets sent to their friend/relative/loved one as a gift. I wanted to use the experience as an opportunity to hear in your voices how the scene has impacted the lives of you and the people closest to you. Over the course of reading the 50+ stories that were submitted, we learned a few things– first and foremost that your voices are powerful.

It was inspiring to read so many heartfelt stories. We heard from people who wanted to ask their long-time friends to become their lovers at the show and from moms and dads who were inspired to pull their children out of school and live on the farm/off the land (something I personally daydream about often) because of Rebelution’s song lyrics. Several people wrote in about life’s saddest moments– loss of life, economic hardships, and how Rebelution’s music pulled their family and friends closer to them through those times. I wanted to cry reading a few of those e-mails. They reminded me of my family, and of the power of music.

The other thing that really stuck with me is that I want Rootfire to keep doing this– giving away tickets to shows and hearing from you directly, because you are the reason we’re here.  As the next chapter of our story unfolds, Issue #7 concludes with a little bit of inspiration coming from Tatanka’s song “Reward Them” in which Ian G. sings:

Start a Movement, build for days,
Work Real Hard, your time pays off.
We all go help them, people come together, no selfish.
Work hard reward them!

Root down, live up. 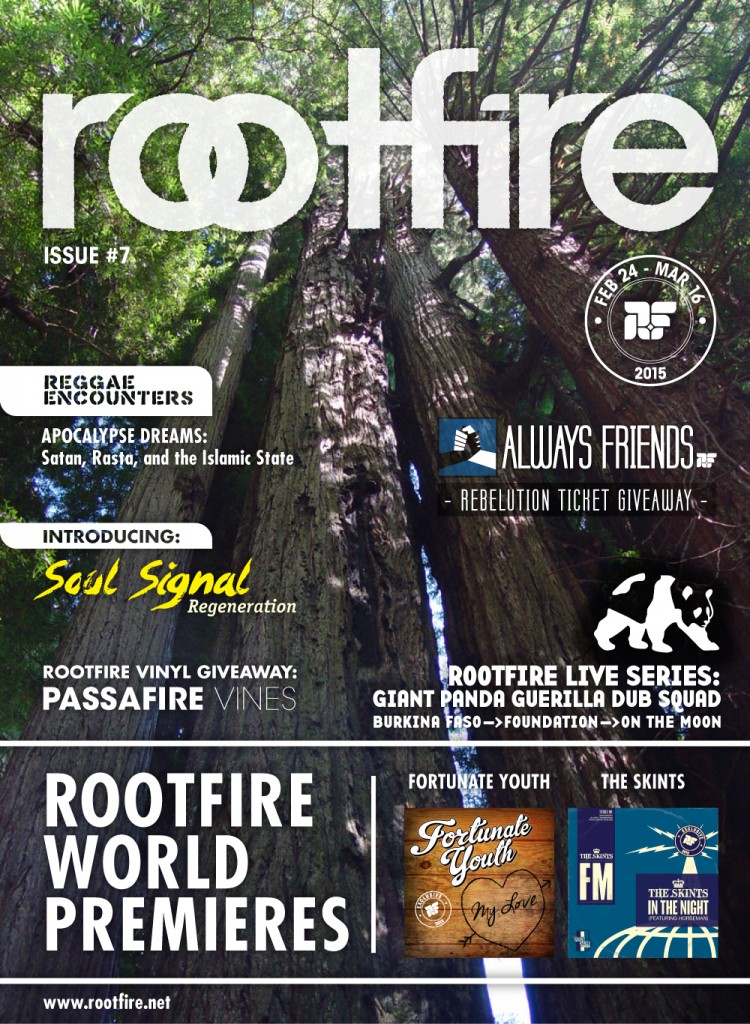 Ever since I started to play music, I have dreamed of playing Bob Marley music. →