MAKE IT BETTER is the first album we have ever had music videos for. We grew up watching MTV being heavily influenced by quirky story lines and animation. For whatever reason we never got to the music video part of being in a band in our professional life. MAKE IT BETTER was the perfect cause. All in all, we have made 5-6 videos with various strategies, directors, and themes. Not all are done yet.

All of the coolest videos growing up were stop-motion animation. It has been a lifelong dream to have any connection to the creation of a sweet stop-motion animation video. As musicians, we felt we have never hung around with enough visual artists and animators. Just a million guitar players, a few drummers, and a horn player here and there. Maybe that’s why we have never had videos. We hang with too many musicians. So time to make some new friends right?

So we put it out there on Facebook. I couldn’t believe how simple it was to attract the names of a plethora of creative animators and artists through friends of friends. Why had we never asked before?!?! Lesson learned. Ask your people!

One of our oldest friends Peter Schafer called, messaged, and emailed us insisting that we check out his friend Cait Davis and that we work with her. He actually sent many videos of himself urging us to hire her. Some in the voice of Daniel Day Lewis. However, seeing Cait’s work was all it took and he knew that. One video viewing and she had the gig.

“Signs” is a song about past lives. It is about recognizing the greatness of this life, acknowledging it’s probably not the first or the last. In a past life I was a seahorse. The seahorse is an interesting species for a variety of reasons, but most intriguing is their search for a mate and the birthing of tiny seahorse babies out of the male’s body. They do intricate couples dances that are cooler than most Olympic synchronized swimming, which is not to talk down on O.S.S., but to boost the interest in seahorse dancing.

Cait and her partner made every single piece of everything seen on the screen by hand for the most part. The scenes were shot individually and edited digitally. It took months. It is an incredible skill that takes patience and mastery, and Cait went above and beyond in her impression of what we were going for.

Thank you for being a part of our dreams, our past lives, and wherever we are going to. Enjoy. Share. Show some signs! 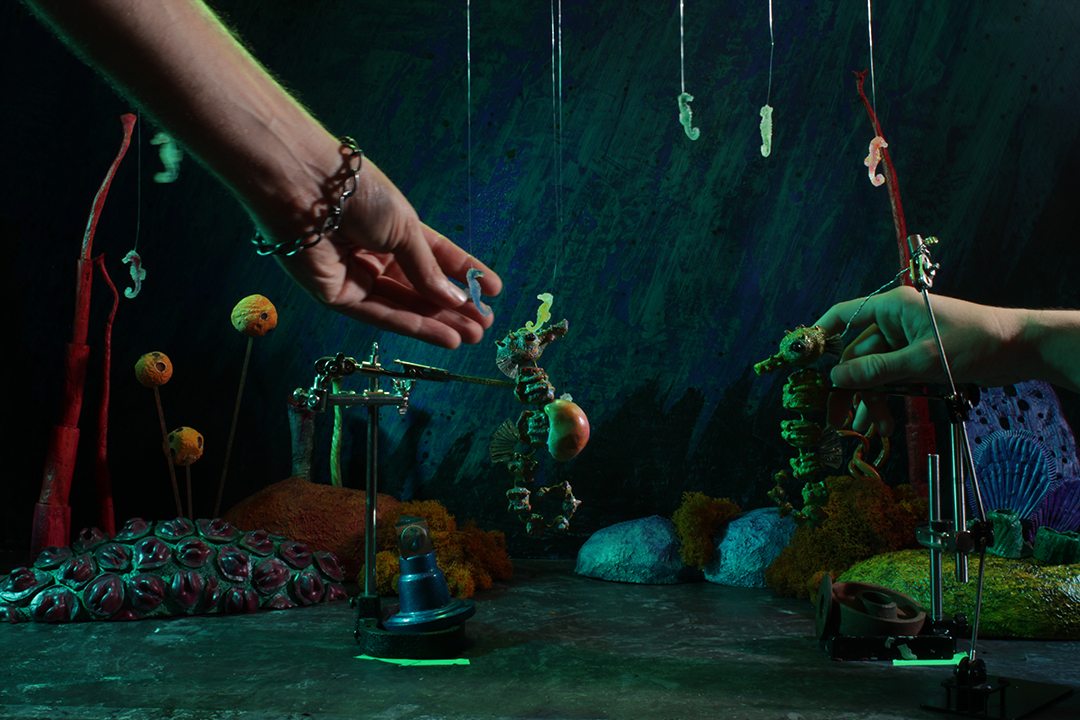 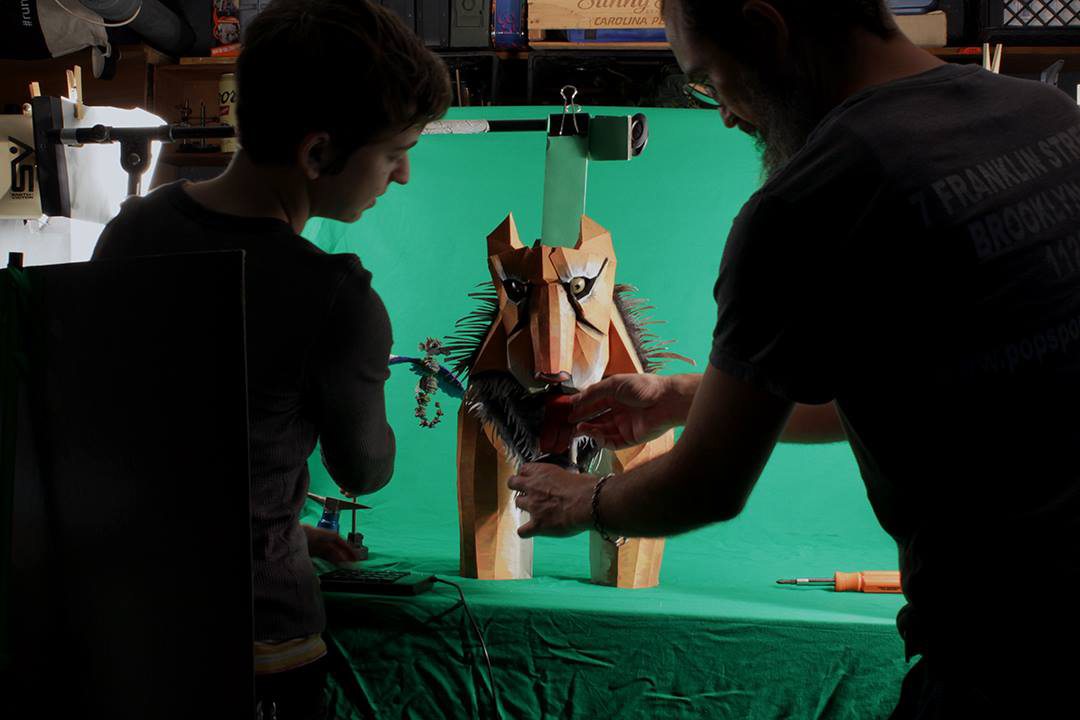 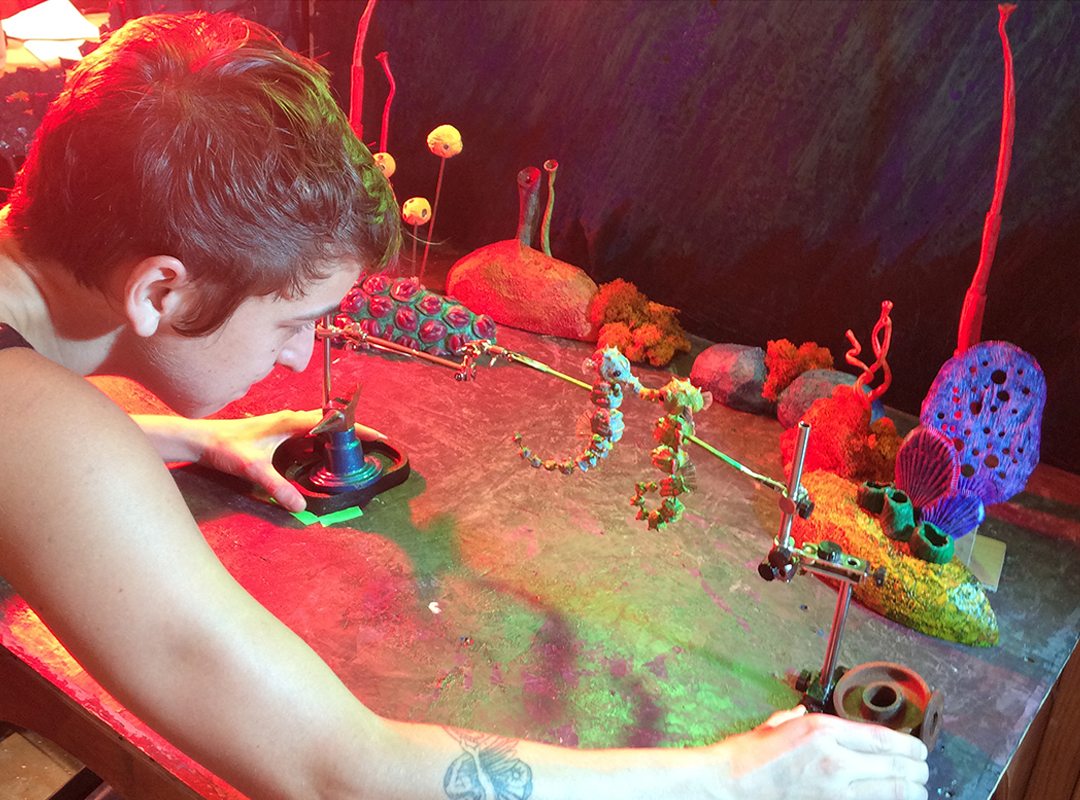