For many people, Valentine’s Day seems to be a polarizing date on the calendar. Those in the throws of sizzling romances and stellar long-term relationships tend to welcome this Hallmark holiday as a prompt to celebrate their love, yet single people often reject it with bitterness, perhaps a harsh reminder of past wrongs, bad decisions and ongoing frustration in finding the perfect partner.

Two bands on the Rootfire radar will be dropping new music this Valentine’s Day, each endorsing different views on the subject.

Rootfire readers can expect another premiere shortly that celebrates a happy love, but today we premiere a song and video release by the D.C. area collective, The Loving Paupers, that conjures up a more cynical vibe. (At least in the opinion of this writer.) Made up of members of The Pietasters and The Smooths, two 3rd-wave ska bands from the D.C. area, the musicians have known each other for years but finally came together in 2015 to form their current outfit. Like the melancholic song for which they are named (originally performed by Dobby Dobson and later covered by lovers rock king, Gregory Isaacs,) The Loving Paupers make chill, wistful reggae seasoned with dubby production courtesy of one of the most exciting studio studs operating in modern reggae music, Victor Rice.

When asked about how the band arrived at their name, guitarist Jorge Pezzimenti revealed that the name came naturally after listening to the voice of their hypnotic singer, Kelly Di Filippo. “There’s a certain loving, sad, vulnerable quality to her voice,” he said, which connected to the idea of a loving pauper and “fit with the mood of so many of our songs.”

About those unique songs, Pezzimenti explained that the foundation of their sound is modeled after the Roots Radics. “If we can achieve that much, then we aspire our chord changes and melodies to be like British Invasion songwriters such as The Beatles, The Zombies, and The Kinks,” he said. They supplement this songwriting sensibility with 60s psychedelic flavorings utilizing Mellotrons, sitars and twelve string guitars, before “Victor Rice puts his King Tubby sheen on top.”

Their latest offering, dropping on Friday “in the spirit of lovers rock,” is an EP titled Valuables, comprised of three songs recorded during the sessions for Lines, their full-length album released last year. To compliment this release, The Loving Paupers recruited an old friend, artist David Hodgson who had done the cover art for their debut E.P., to create a stop-action animation video for their track, “Don’t Care.” 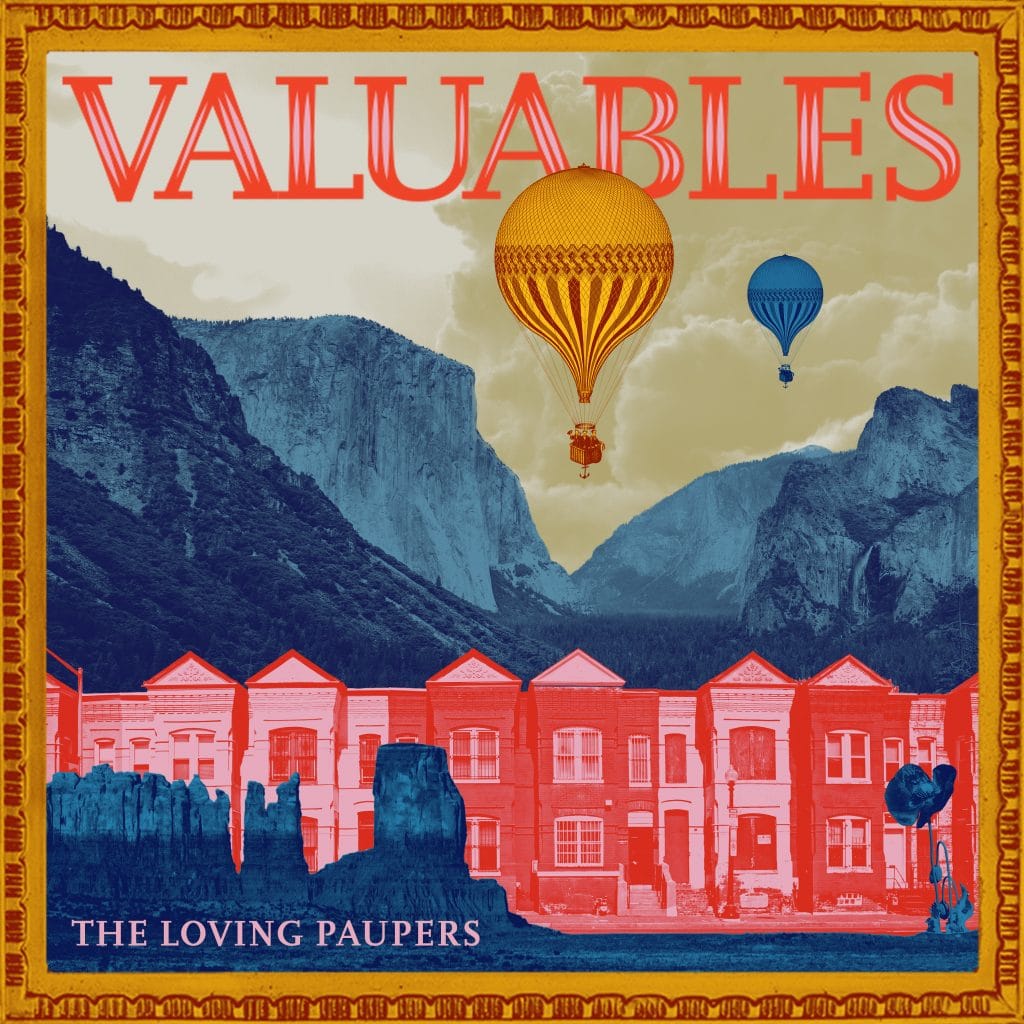 I have to be honest. I love what I am hearing and seeing, but I can’t make much sense of it. The lilting, gentle vocals combined with the reverberating keys and guitar riffs make me feel like I’m drifting underwater while high on codeine. This may be an earnest love song, but it feels more sarcastic to me.  First, Di Filippo sings “You know me very well,” but a minute later she reverses course and sings “You don’t know me at all.” Additionally, she winds down the song by repeating the line, “Don’t knock down my door,” which leads me to believe that she’s had enough.

Or perhaps the point of view is not from a jilted lover, but a fed-up American. Maybe it’s a political song.

What I do know is that I have been singing “Don’t Care,” over and over for days, and when it’s not stuck in my head, anytime someone or something annoys me, this chorus conveniently spills from the recesses of my consciousness as a venting defense mechanism. And it feels good.

Visually, the trippy, colorful video is captivating, but what does it mean? Pezzimenti said, “Even though the video seems to be full of arbitrary non sequiturs, my brain is able to invent a through-line narrative others will hopefully also experience.”

My brain did no such thing, yet it didn’t lessen my enjoyment.

Artist David Hodgson weighed in: “Inspired by the sound and words of the song, I approached this video as a stream-of-conscience surrealist exercise. One set of images led to another which eventually gelled into an unexpected narrative. Without explicit planning, themes started to emerge; acceptance, life, death, love, art, our home planet, and more. Ultimately, each decision was guided by what the song was doing; the ambling tempo, a piano run or snare hit, the decaying repeats of the guitar, or the tone of Kelly’s voice singing ‘Don’t Care.’”

Rootfire readers, how do you interpret it?

Next time you’re looking for some new music to craft the perfect downtempo playlist, be sure to check out The Loving Paupers’ outstanding previous output, including their full-length and it’s dub companion, Lines and Lines in Dub, and their eponymous 2016 debut E.P. Once you’ve devoured them and their new release, Valuables, embrace the excitement of knowing that the band is currently writing songs at a swift pace and will be back in the studio again soon. 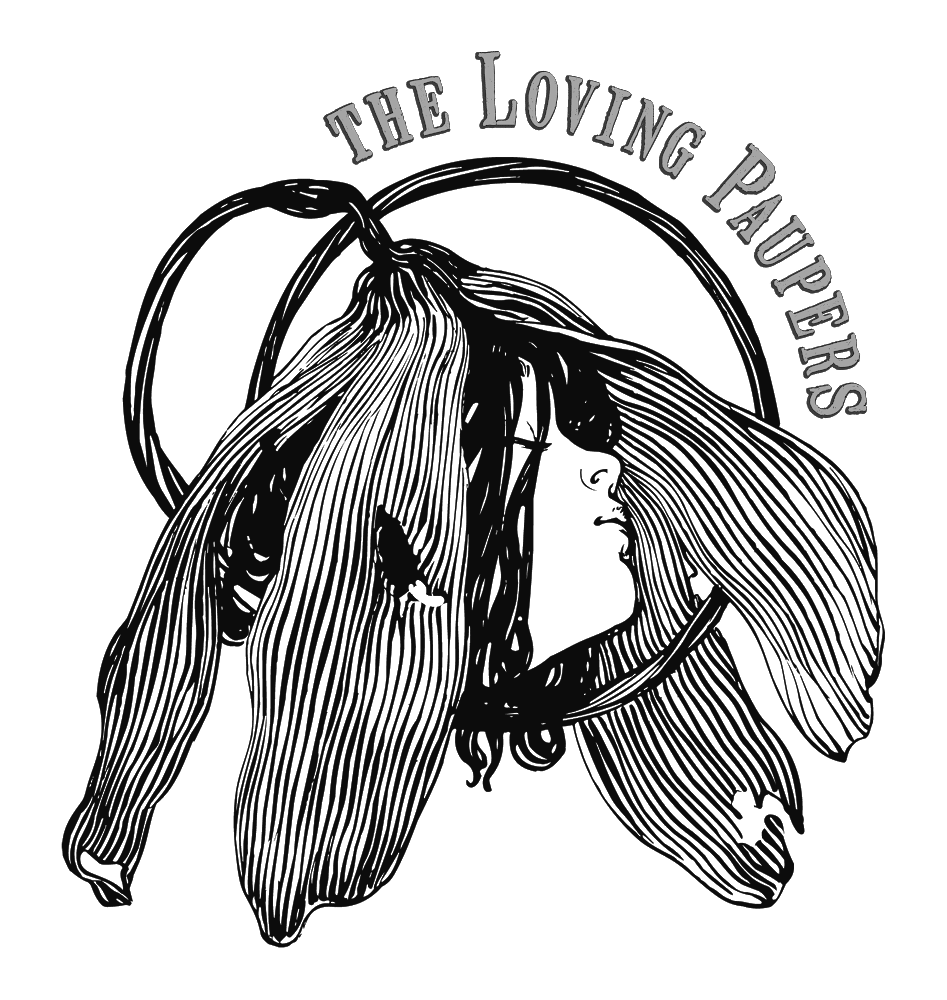