We are thrilled to announce the next release on Rootfire Cooperative: Solstice, the new album from Rochester-based Thunder Body will come out October 13, 2017.

Thunder Body is family.  Not only are they spearheaded by partner duo Matt O’Brian  (drums, vocals) and Rachel Orke (keys), but they are part of Rootfire’s DNA, as a cornerstone of the Western New York reggae scene, which gave birth to John Brown’s Body, The Majestics, and Rootfire ourselves.

Solstice is the band’s third full‐length offering and their first with Rootfire. The album was recorded in two sessions, one before, and one after the birth of the couple’s son in 2013. Exploring topics from the micro to the macro, creating new life, and tuning in with nature, Solstice finds a beautiful balance between deeply personal reflections and universal themes.

Thunder Body has gained a cult following for their wide range of influences from dub and dancehall, to soul and beyond, and their diverse offerings provide something to appreciate for all music lovers. Joining Orke and O’Brian on Solstice are Jeremiah Pacheco (bass), Dennis Mariano (guitar, vocals), Brian Blatt (sound scientist), Benton Sillick (trumpet), Matt Seiber‐Ford (tenor sax), and Abe Nouri (trombone).

Today we share a first listen of the title track, a message meant to unify opposing perspectives with the reminder that we all share a universal experience.

Solstice saw Thunder Body returning to More Sound Studio in Syracuse, NY with producer and former bandmate Jocko Randall. The familiar environment allowed for a comfortable working space for ideas to blossom into fruition. The second session saw Rachel and Matt hosting their son’s second month of life around the studio with all its tools of creative inspiration….the timeless sounds of the Fender Rhodes, the Hammond Organ and Leslie rotary speaker.

After the second session, Thunder Body entered a deliberate hiatus. The tracks sat on Jocko’s server for two years while Thunder Body was rehearsing into a new sonic direction, playing almost no shows. It wasn’t until revisiting the tracks in 2015 that the band realized they had an album awaiting a proper release.

The album marks the end of the band’s hiatus, with tour plans in the works. We can’t wait to share this music with you. 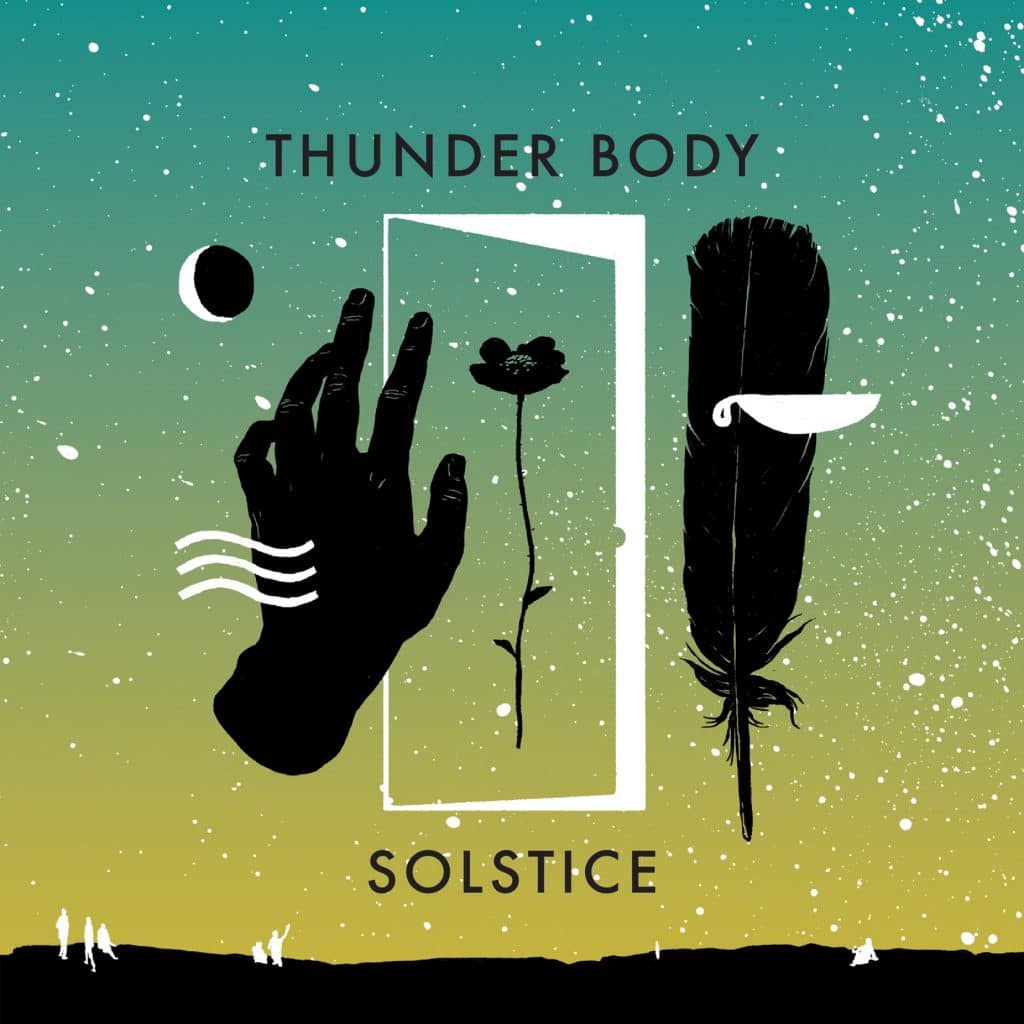 ← The Story Behind the Setlist: Stick Figure at Shangri-La (2016)