(A Retrospective) Changing up how we do things- mixtapes and premieres

Part 1: The Beginning, The Mixtape, Soundcloud

Some people first heard about Rootfire when they saw the logo on a t-shirt. Others heard about it from a mixtape.

In reality, Rootfire started out of fear and hesitation. Literally. I wanted to find a company to work for that did what I hoped Rootfire would eventually do, and I could not find one. My father-in-law said I should just start my own company. For months I resisted, but email is tricky and unless you use your personal Gmail, you want an email address that you can use that represents the type of work you do. At that time I was a band manager, and I thought seth@rootfire.net would work just fine for that. So I settled on the name (named after Bedouin Soundclash’s first album “Root Fire”.  Andy came up with a logo, I printed it on some shirts, and all the while it felt like what we were doing would be an uphill struggle to ever get noticed. Starting a band or any business must feel the same way. 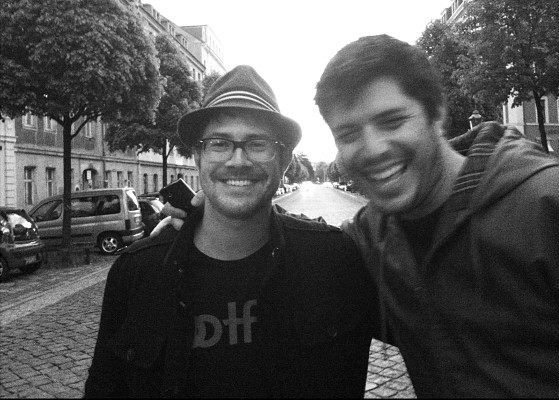 At the same time, a student from India named Arnab was studying in Berlin. Arnab went to see The Black Seeds while the band was on tour in Europe. Barnaby Weir took the stage that night wearing a Rootfire shirt that I had given him in NYC earlier that summer. Arnab liked the shirt, googled “Rootfire,” and sent me an email asking if he could buy one. That lead to the honor system tshirt mailings, CD-Redistribution network, and  Mixtape 001  which featured one of Barnaby’s songs on it. The mixtapes had the fastest / widest impact and went on to change everything. They connected me with Alific and together we started collaborating. Alific was the musician, the producer, and an audio alchemist. I was the harvester, collector, archivist, and I began to understand keys and bpms and started mashing things up in the rawest of ways. Alific listened, refined, added, and like a craftsman built the mixes into something that resonated deeply with a lot of people.

We posted our first collaborative mixtape “Rootfire Mixtape 003” and it started to get plays. Along the way someone at Soundcloud must have noticed, because by the time Mixtape 005 came out months later we were being featured. That lead to a lot of exposure including millions of followers.

The mixtapes are made up of other people’s songs; layered, mashed, and sometimes sped up, or slowed down. We often add audio from interviews, phone calls, and videos. So far no one has said we are doing anything wrong, but once in awhile the mixtape can’t live on Soundcloud because of automatic copyright detection. If you ever wondered why a few mixes are not on there, that’s why.

Like I said, the mixtapes were being noticed and listened to. Our Soundcloud account started going bananas with people following Rootfire. We realized that this could become our “mini radio station,” blasting the songs we loved to the masses. We wanted to create a bubble in the genre of reggae, so the kind of reggae we loved the most would get more popular, and influence other musicians when they created music, and other fans when they listened.

This created an opportunity, and in January 2015 we began to ask bands if we could premiere their songs on Rootfire. Many of them said yes, including Grammy Award winning reggae artists, as well as Swedish folk/dub musicians. We began writing more articles, started the email list that you are likely reading this message on, and all the while, we continued developing deeper relationships with publicists, musicians, managers, and labels.

Some stats that blow my mind to think about… over the last 12 months the songs were streamed 3.2 million times through Rootfire, with 85% of those being in the USA (Europe rounded out the majority of the other 15%). On average we are getting a little over 300,000 plays per month.

What does this mean? Where do we go from here?

First, we are going to stop uploading songs to our Soundcloud directly. We want the artist to upload the songs to their account and then we can feature those on Rootfire.net, as well as re-post the songs. This approach allows the artist’s profile to get the plays, which is better for their business’s growth. Second, as streaming becomes a real revenue source for artists, many are able to monetize the songs by turning their play’s into income through Soundcloud, just like Spotify. Because Soundcloud is the biggest social platform Rootfire has, we hope to use our leverage and get those songs more plays. Ideally this could help generate more revenue for artists.

Also it’s worth mentioning that once in awhile we would premiere a song and Soundcloud’s auto copyright system would tell us that we were not supposed to have it on our page. We always had permission from either the record label or manager to upload the song for any premiere we did, but getting those messages from Soundcloud and having to file claims that we had the appropriate permission became a problem. For example, sometimes we would be all set to do a premiere and the band would be waiting to tell their fans about it, the moment to go live would come and go, and without any notice, the song would not show up. This would screw up our entire plan for marketing the music and send us back to the drawing board feeling deflated.

To recap, moving forward we are going to work with artists to draw attention to their songs by leveraging the networks we have been building with Rootfire.* Just like we have always done, we will only do this for music that we genuinely love and think that will connect with the Rootfire fanbase.

Lastly, Alific and I finished Mixtape 012 a few months ago. It’s like nothing we have ever released before- an intentional mix of downtempo chill out music, with moments of reggae- but unlike our other mixtapes this one is not structured around reggae. Mixtape 012 feels more at home if you listen to it on headphones when you are in the library finishing a long paper, or as inspiration to get you through a late night drive when you’re coming home from the mountains, like it did for me last weekend.

I think we put more collective hours and thought into how the music in Mixtape 012 works together as a body of music, than ever before.

Do you have any interesting ideas for how we could release Mixtape 012 ? Should we reach out to a blog or radio station and ask if they want to premiere it? Should we put together a small event and sit in a room and listen to the music together?

How do you want to hear it?

PS….a few photos from the past that relate to what’s been written above. 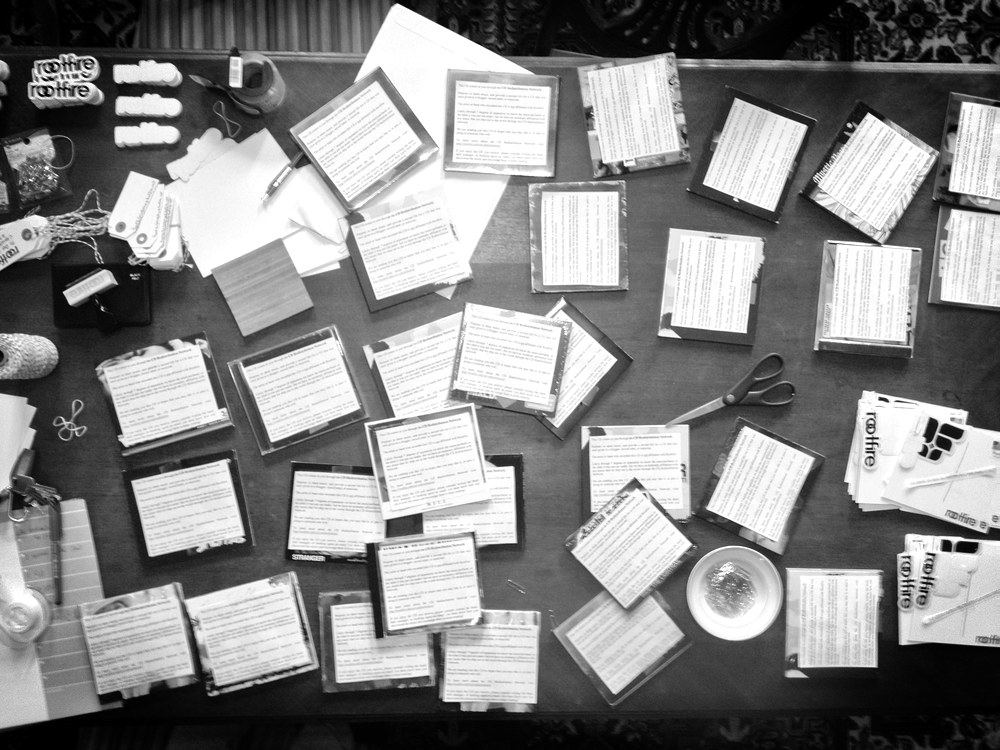 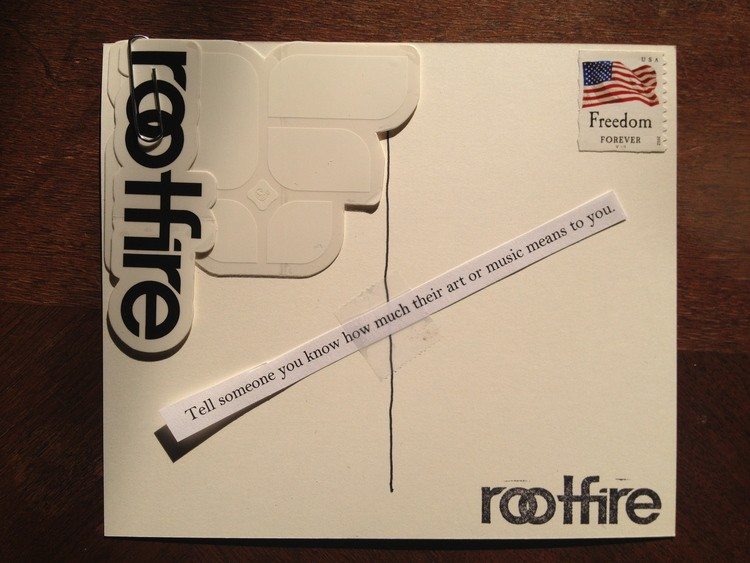 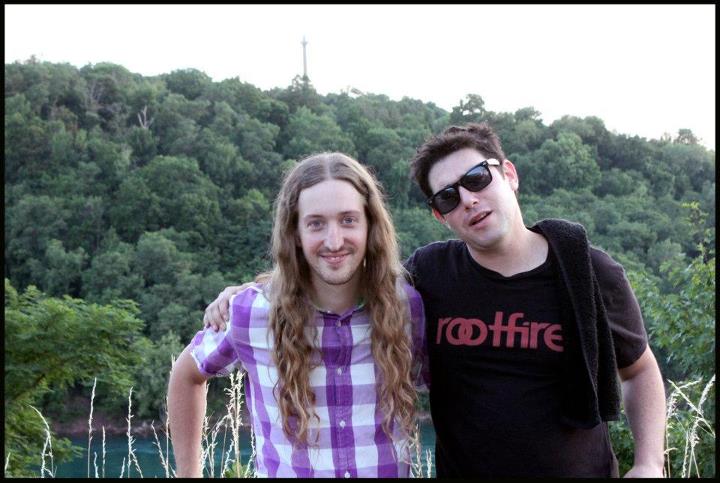 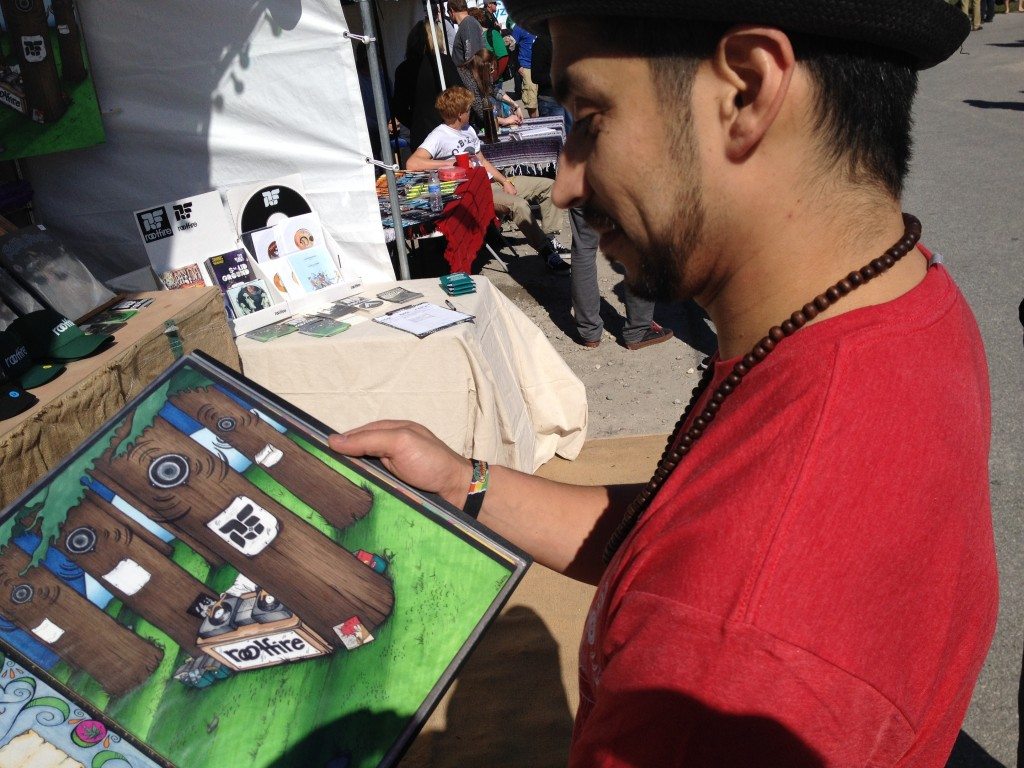 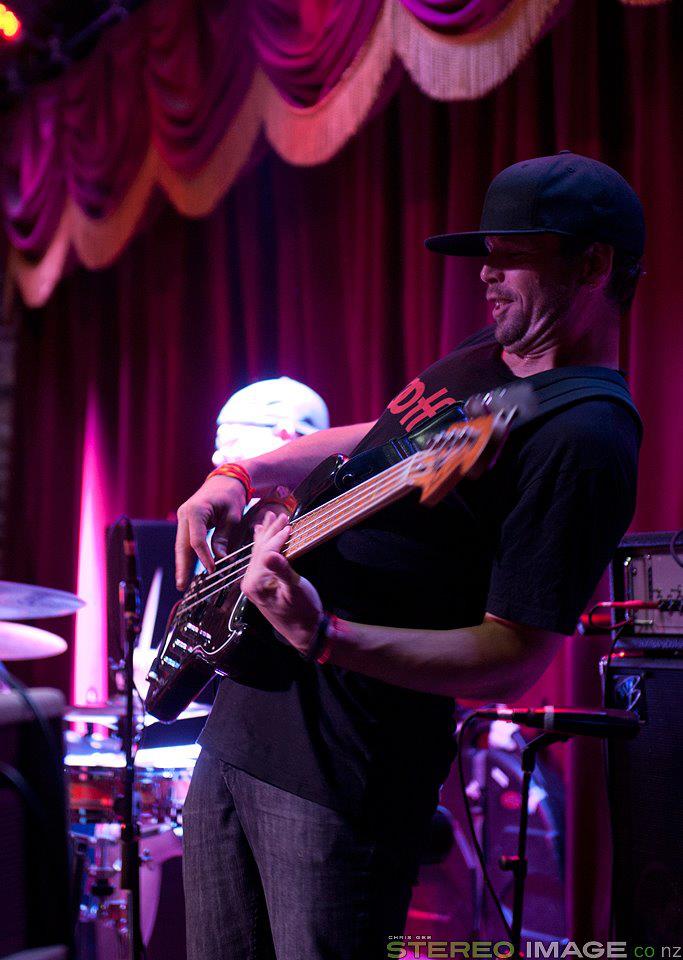 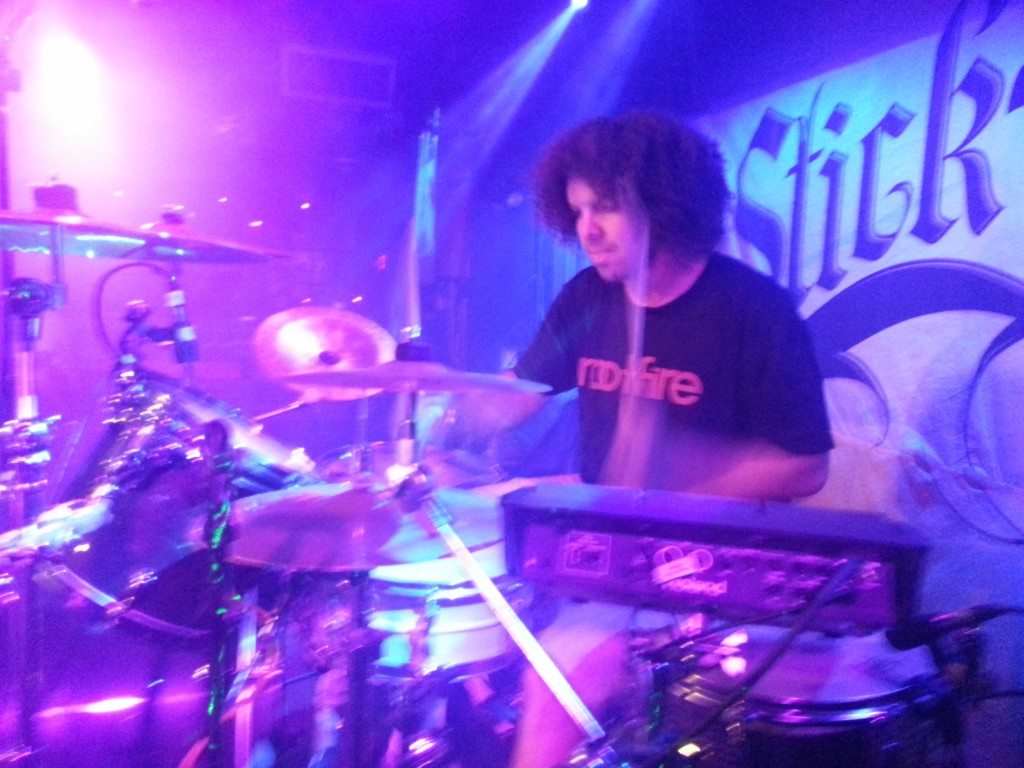 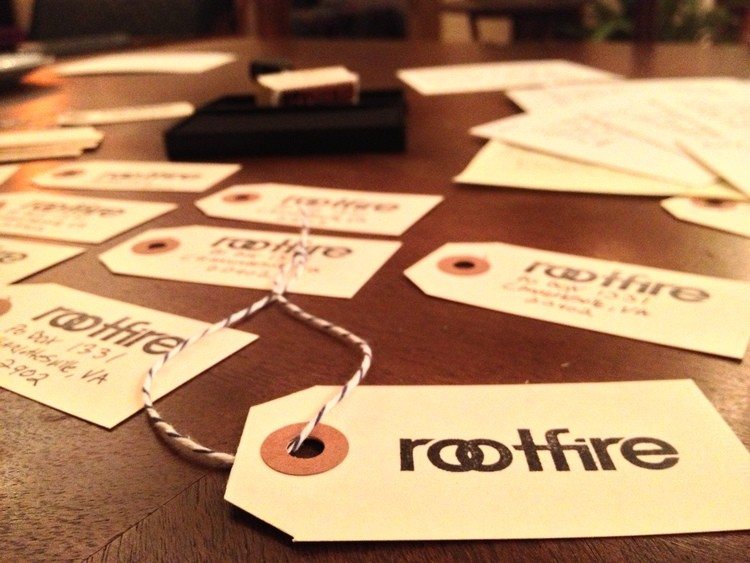 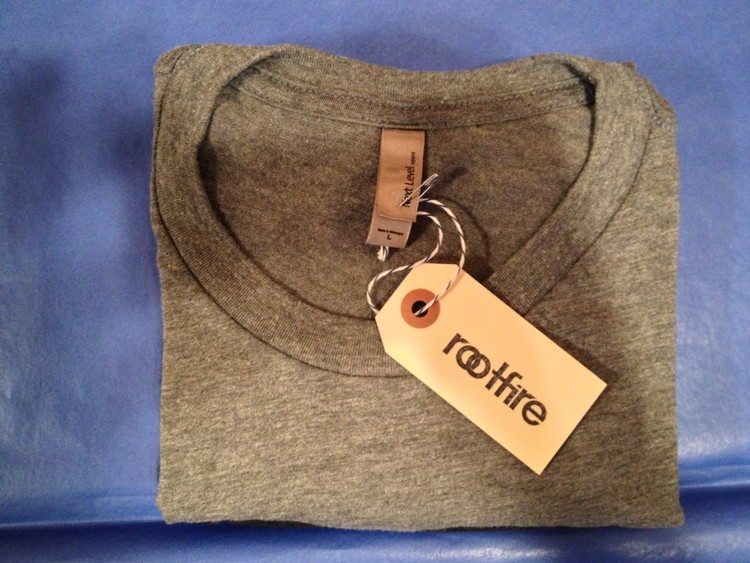 Billboard feature on Rootfire Cooperative →
wpDiscuz
We use cookies to ensure that we give you the best experience on our website. If you continue to use this site we will assume that you are happy with it.Ok