Every now and then I hear an artist that instantly captivates me, and within the first few notes of “Thankful,” off Pinnacle Sound’s recently released Soul Medicine LP, I was hooked. I dropped my multi-tasking to focus on one activity — listening intently to the plaintive singing of Minnesotan Junior Thomas, amidst a lovely melody, effected by gentle guitar strums and jaunty piano.

The song had come up on reggae radio show, and I naturally assumed it was a new Jr Thomas release. However, I was surprised to find that the song came from an album from an artist I had not heard of; Thomas had been recruited from across the Atlantic to feature on the song. Even more intrigued with this information, I dove into the rest of Soul Medicine with excitement. Again, within the opening seconds of  the first track, “Choices,” the sudden frisson told me I had found something special.

As it turned out, I had discovered not only a gem of an album but a larger treasure with Pinnacle Sound, who had a couple of equally amazing prior releases that pleased my soul with new reggae music that sounded like old reggae music.

The riddims! The vocals! The harmonies! In Pinnacle Sound, I had found reggae gold. Eager to learn more about the people behind this impressive output, I did some digging and soon linked with the driving force behind the project, a bredren named Ocman Dread. Thanks to his multilingual abilities, we were able to communicate passably, considering I don’t know a lick of French.

According to Ocman, Pinnacle Sound started around 2017 when he hooked up with Ras Salam, a drummer who had been playing dub inna steppers stylee. At the time, Ocman had been producing dub in a more electronic style, but when the two came together, they shared a mutual vision. As one might construe from their music, they cite inspiration from Studio One, as well as producers, in particular, Niney the Observer, Clancy Eccles, Prince Buster, King Jammy, and of course, Lee Perry. 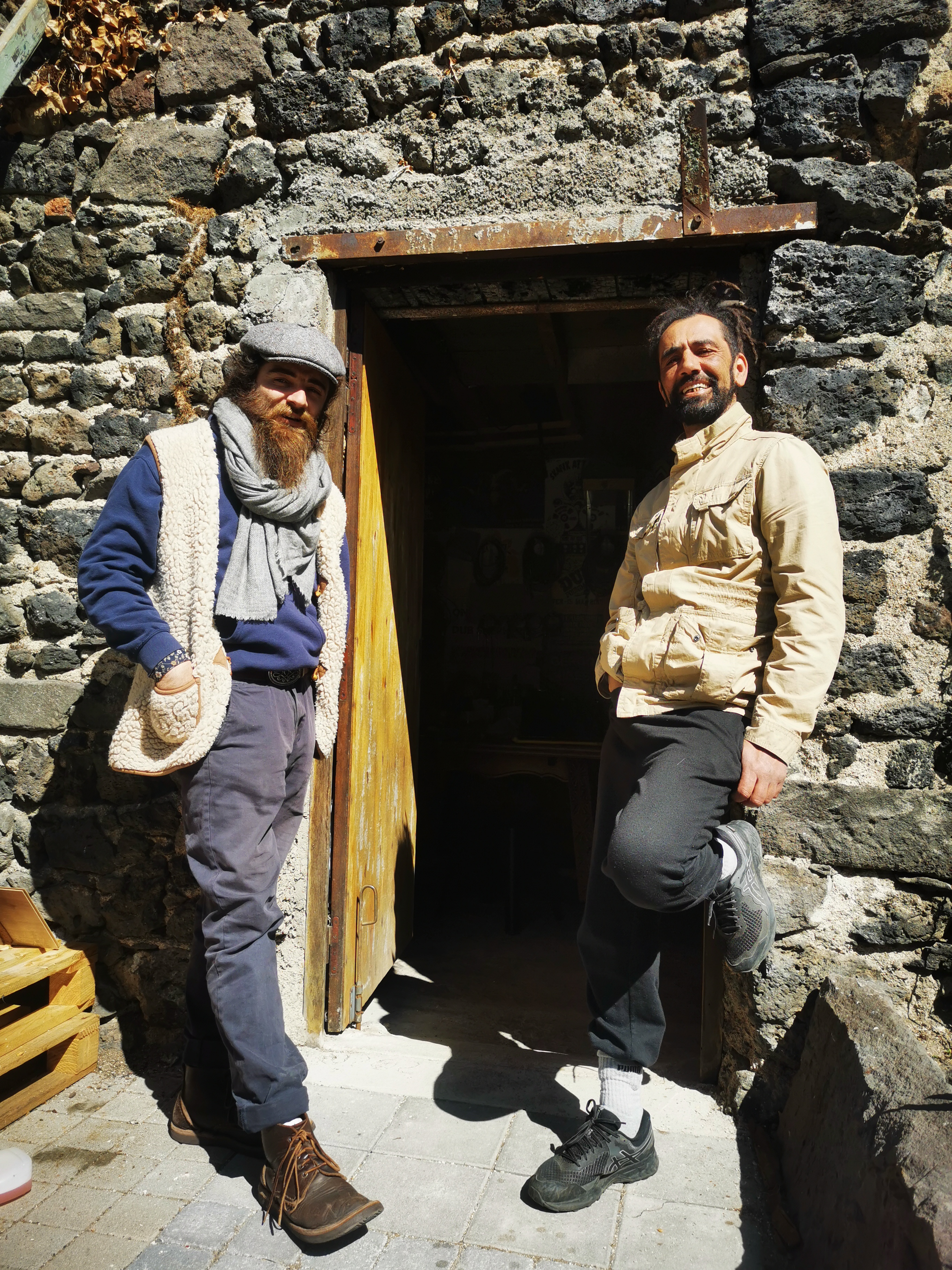 Creating music from a bygone era starts with the right tools, and to that end, Pinnacle utilized a Revox G36 tube reel-to-reel 2-track tape recorder, manufactured back in the 60s, along with tube amplifiers and vintage instruments and microphones. Equally important is finding the right players, singers and studio talent, and Pinnacle Sound found suitable collaborators thanks to their connection with BAT Records, a recording studio and independent label created by a crew of well-versed reggae performers based in Clermont-Ferrand, France. Among them, production duo and musicians Dub Shepherds played on the album, recorded and mixed as well.

In addition to the classic instrumentation, recording equipment and production techniques, what makes the music of Pinnacle Sound so enjoyable are the vocalists they employ, each bringing a different style, yet all fitting the vibe so perfectly. According to Ocman, they first cut the instrumental tracks, then deliberate who from their cadre of talent would be the best fit for each song. Then, it’s up to the singer to write lyrics and sing over the track, which can be done remotely or in the studio with them.

At the forefront of this group of vocalists stands Marcus I, a Spanish singer living in France who sounds like a young Bob Marley and whose songs across the Pinnacle Sound catalog seem to stand out time and again. In addition to his three tracks on Soul Medicine, he sings two songs on 2020’s This is the Way EP as well as two tunes on their Seed LP. Additionally, prior to partnering with Pinnacle Sound, while still living in Spain, he had recorded an LP worth checking out called Inner Calling.

Marcus I was born and raised in Santander, Cantabria, Spain, where at the age of 16, in music school as a trumpeter, he began a love affair with Jamaican music. Delving deeper into the music led to sharing reggae and ska music with the people in his circles. This naturally evolved into creating a band, live performances and recording.

At the age of 21, after moving to Madrid to study “sound,” he became even more serious about music. He wrote his first tune as a songwriter for Ken Boothe and released his first vinyl in 2011 on the Liquidator Music label. From there, he continued writing songs and singing, mostly with the Spanish label Tucxone Records, where he recorded soul, funk and reggae albums, including the aforementioned Inner Calling. 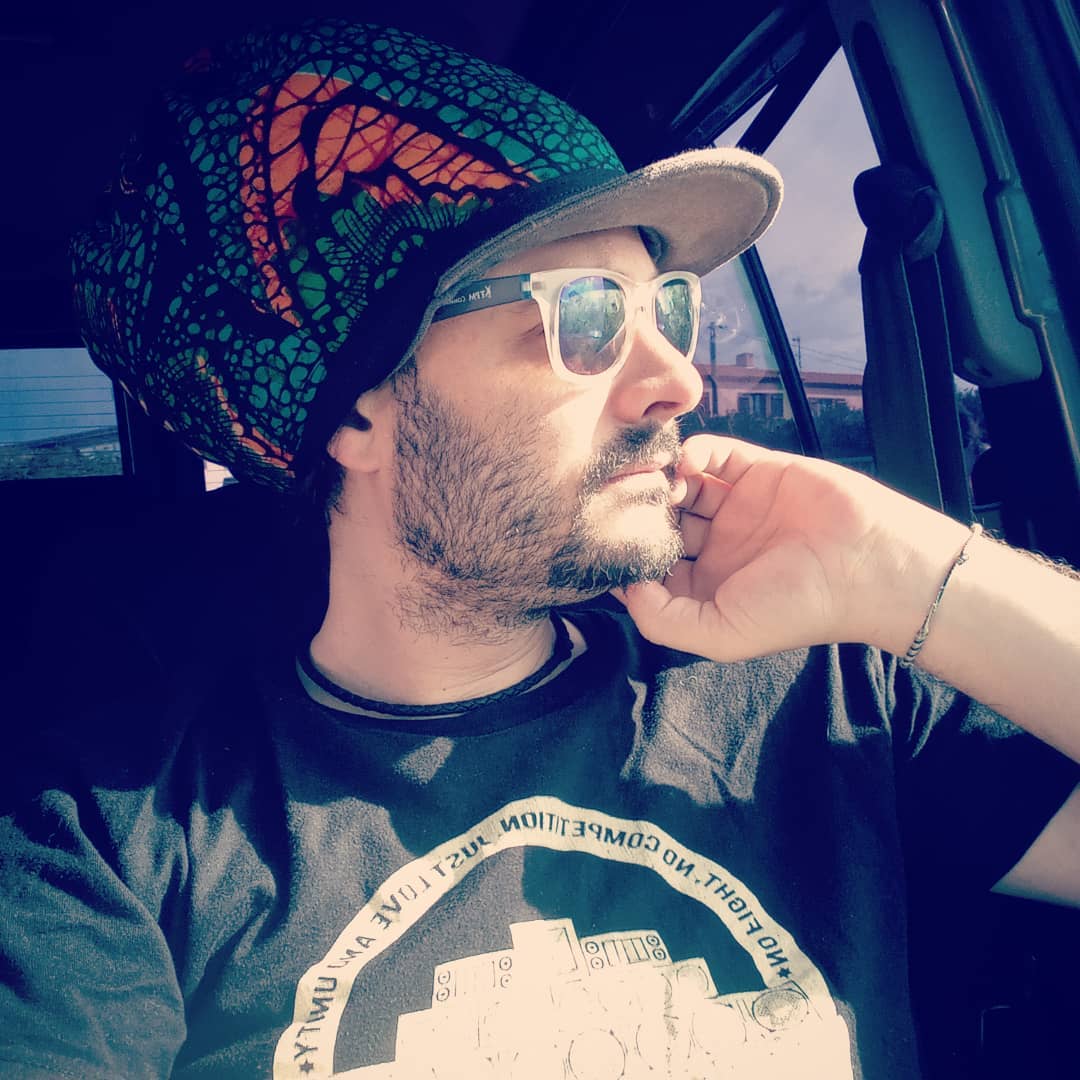 Marcus I sings on all of Pinnacle Sound’s records.

Eventually, Marcus I moved from Spain to France to pursue a romantic relationship. The romance did not work out, but a major silver lining came from this decision to relocate, as it was there that he met Ocman and the BAT Records crew, forming a great partnership for making music.

Another notable track on Soul Medicine is Marcus I’s song, “Silence,” which speaks to how the serenity of the countryside soothes the soul, as well as the benefit of meditation. About the lyrics, Marcus recalled, “When I was listening to Ocman’s riddim, I thought about the silence, musical silences, spaces between notes on a bass, etc., and that inspired me for the song theme.”

Marcus also sings a catchy song with a similar theme of returning to the countryside on the 2020 LP, This is the Way, titled, “Back Up.” When asked if this reflects his own preferences or lifestyle, he explained that he has lived most of his life in the city, but clarified, “Songs I write are not specially talking about myself, even if they are in first person. I like to put myself in other perspectives, or just be the voice of the people. That way, I can be you, me, a friend, or everybody.”

He added, “The day we recorded ‘Back Up’ at BAT Records, I went to take a walk before recording to find inspiration, ’cause Pinnacle Sound wanted me to sing a spontaneous vocal over a brand new riddim they’d just recorded. So, the song talks about what I saw and felt there in that beautiful village, and yes, it’s a calling to the people to go back to the authenticity, to find a natural way of living away of today’s noise and mess. Turning to nature, where we belong, is a must.” 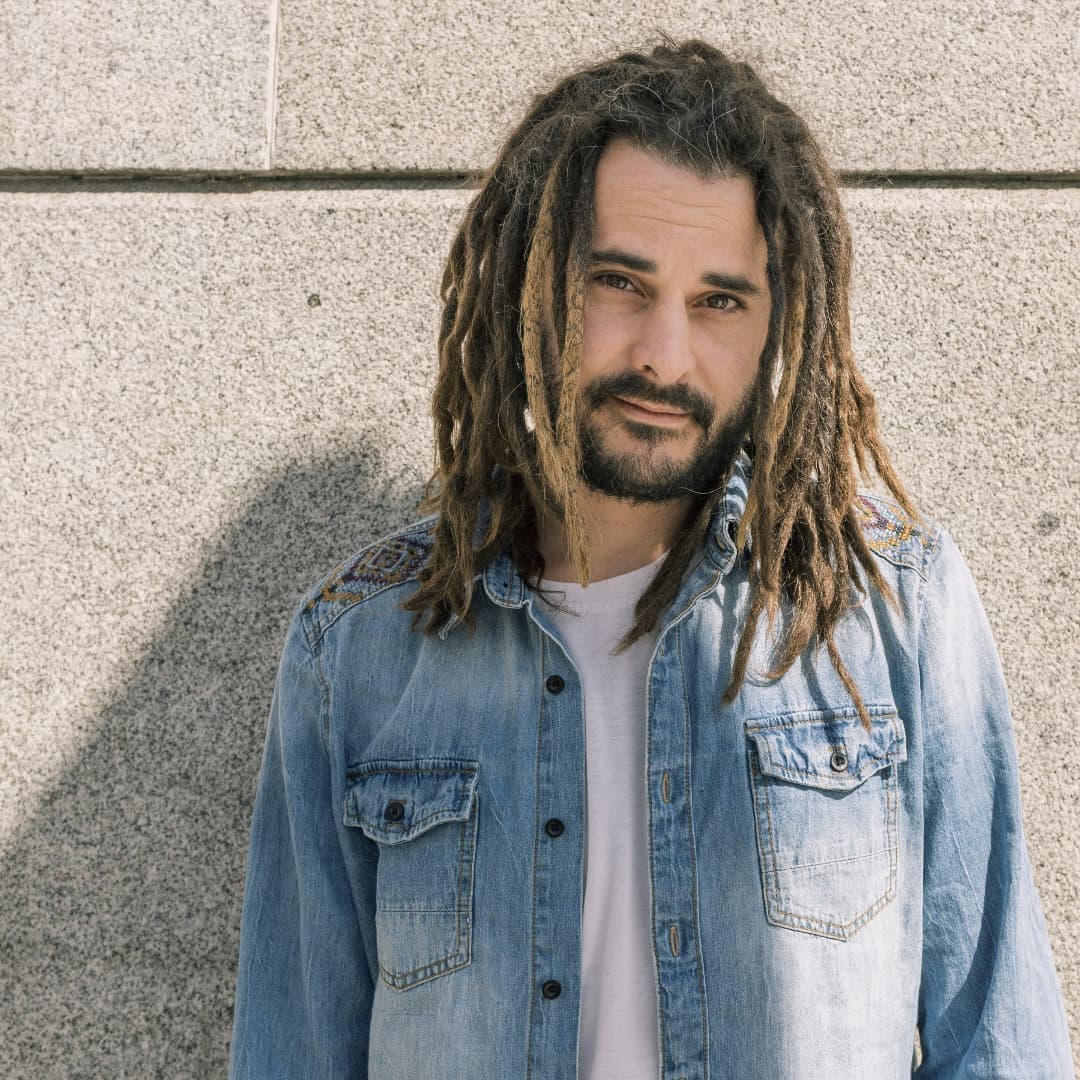 On connecting with Marcus I, Ocman Dread said, “We knew about his music, and we said ‘We need this guy, it’s somebody like him we need.’ It was at the start of Pinnacle. We sent him music, instrumental version, and he answer the same day. He said he liked our music, and he was ok to sing on the music and let’s go!  We work with him on every project of Pinnacle Sound.”

While the songs of Marcus I really stood out to me, all of the vocalists contribute mightily to the music of Pinnacle Sound. I asked Ocman what they sought in collaborators and how they chose the various singers. He explained, “We work with feeling for everything, so we choose with feeling too. All vocalists are people that we love their style, and we share their vibe. When we ask to someone to sing, we know it will work.”

Ocman spoke about how they found the other vocal talent that brings their songs to life. “Same story as Marcus, feeling first. I-Fi work with us since the beginning too. Very talented man. I don’t know another man who do this dj style like him, original style, mad style!

“We met Emanuel (from Emanuel and the Bionites, who also sing on Soul Medicine) on the internet. We spoke with him because he liked our music. We started to talk, and he said he is doing music too. We listened, liked it, etc…”

Ocman told me that singer Sebastien (“Sebdog” Daugas) had a roots reggae band in the early 2000s called Livin’ Soul, but it was Emanuel who urged them to check him out, saying, “Every time I listen to him, I tell myself, ‘You need to work with him. It will be amazing!’” 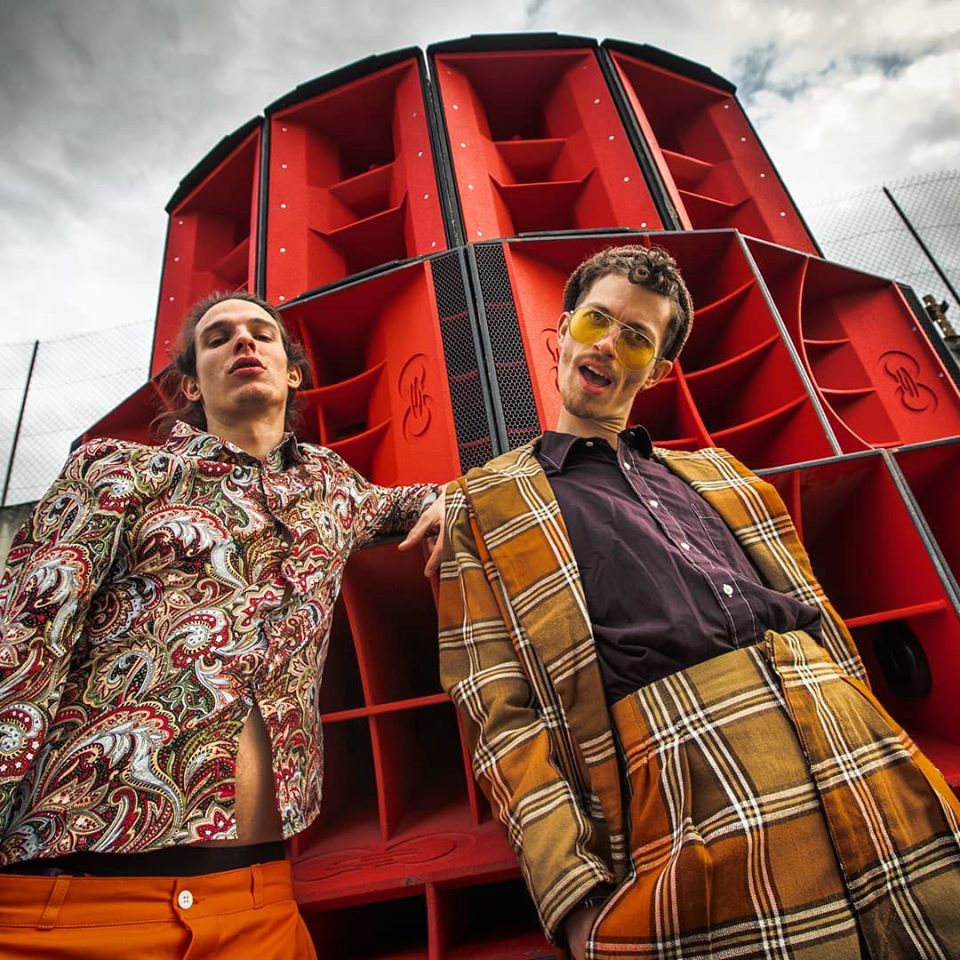 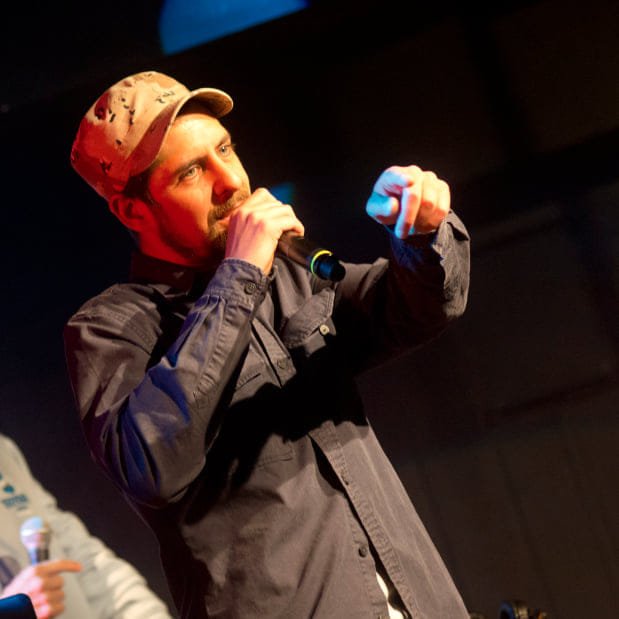 Ocman acknowledged the mundane manner in which they recruited their singers. “Sorry, every time the same, but it’s reality.” He then pondered, “I think all these things happened because it needed to happen. If you told me five years ago that we would all be living all this, I would have said you are a crazy man!”

Finally, circling back to the song that introduced me to Pinnacle Sound, Ocman said he had been a big fan of Junior Thomas, which is why they had approached him to sing on the record. Junior Thomas weighed in about his contribution: “The song ‘Thankful’ was written during a time of loss and grievance. I wrote it as a celebration of life which was a helpful way to cope during a very difficult time for myself and my family.” 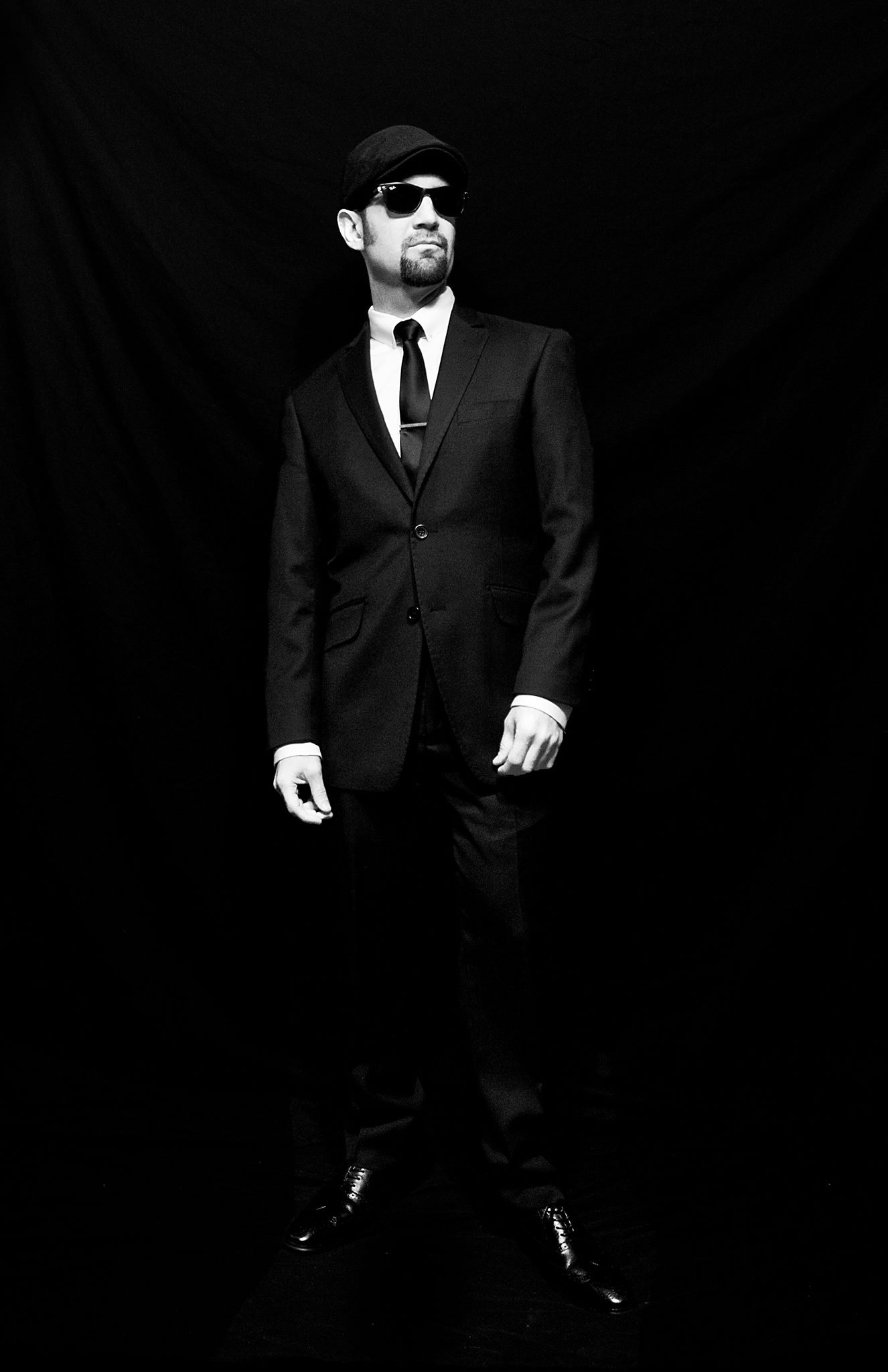 Continuing, he said, “The Pinnacle Sound team did an amazing job with the riddim. I hadn’t heard of them, but when they sent me their instrumentals, I was compelled to write. The song came together remotely and rather quickly between their studio in France and my studio in Minneapolis. I’m really happy with how great the track and entire album turned out. I’m excited to work with them again soon.”

That is something I can certainly get excited for. 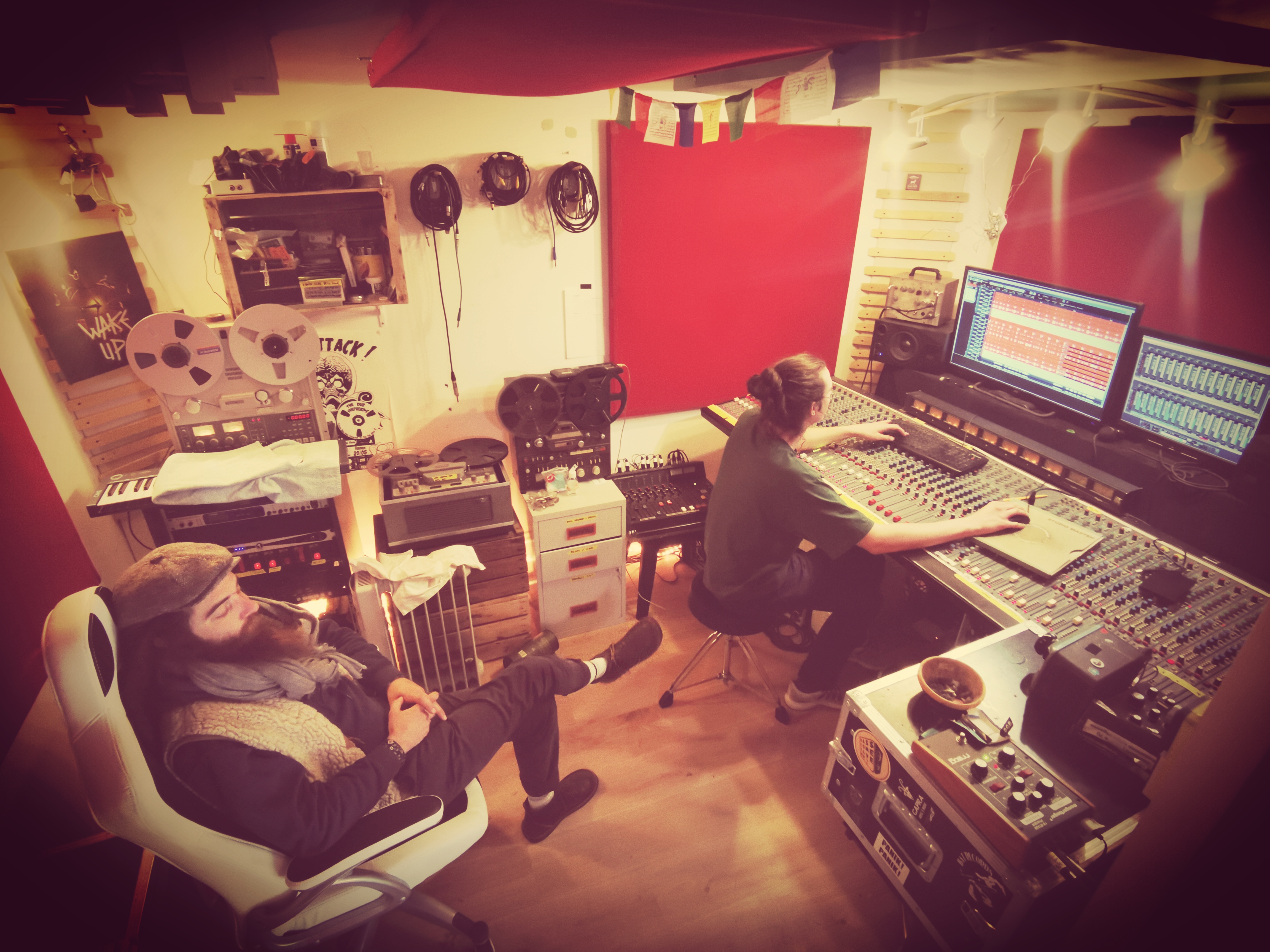