South Florida’s Artikal Sound System has been grinding out a name for themselves in the surf-roots scene for close to a decade.  2022 finds them taking a huge leap forward with the release of their debut LP via Controlled Substance Sound Labs, the independent music label run by Silverback Artist Management, home to, among others, Slightly Stoopid and Fortunate Youth.

Titled Welcome to Florida, the album features a dozen slick songs courtesy of renowned studio engineer Danny Kalb, who has produced/mixed multiple #1 Billboard reggae records and worked with Jack Johnson, Ben Harper, The Green, Hirie, The Movement, The Elovaters and Giant Panda Guerilla Dub Squad, not to mention a considerable array of artists beyond the reggae-rock genre. 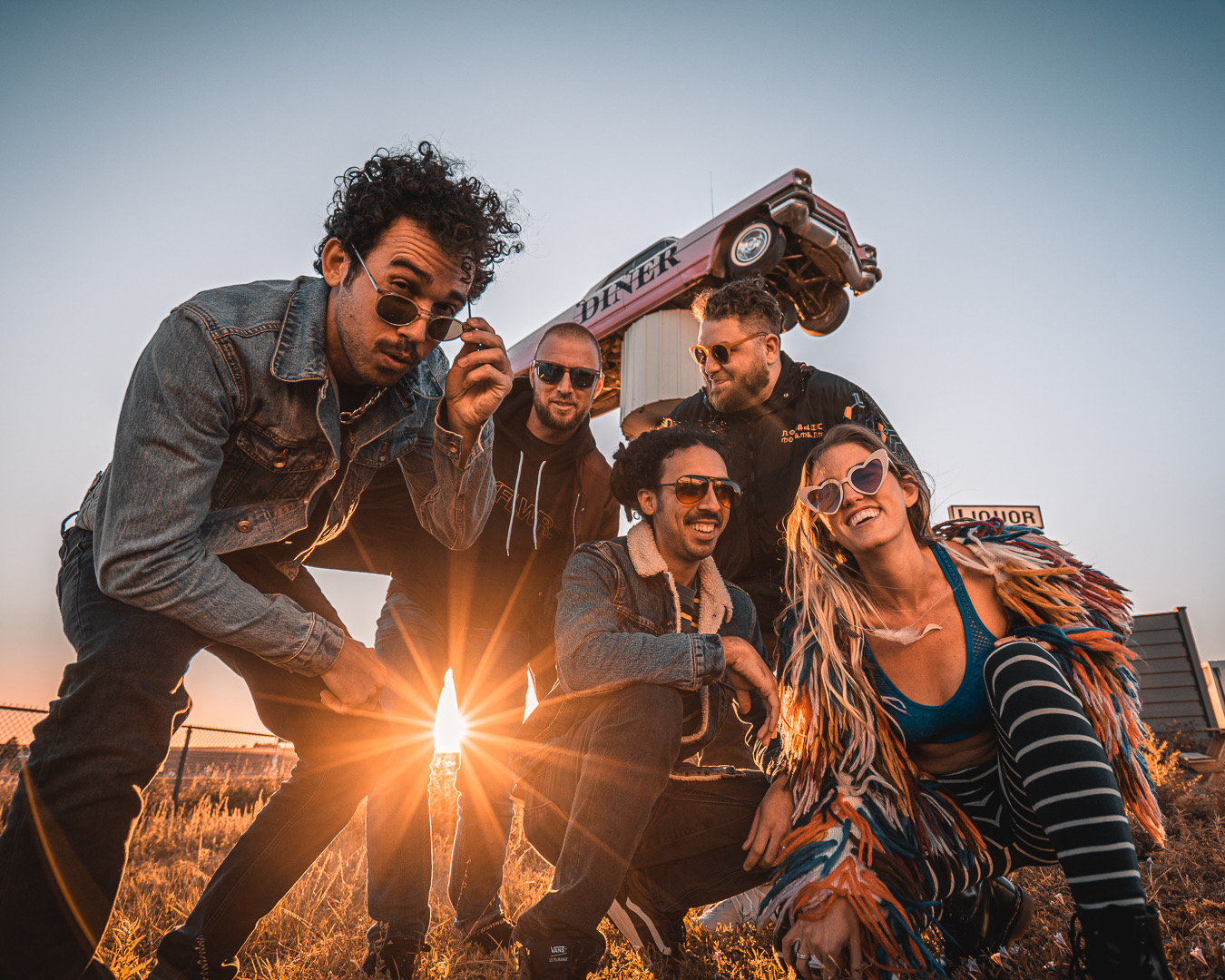 Evolving from a more straightforward roots sound that can be heard on their previously published output, Welcome to Florida fuses reggae with r&b inspired grooves, resulting in a legit crossover record that could please scores of listeners with pop sensibilities.

The album kicks off with “Stayed,” a subdued, stripped-down electropop number that, stylistically, brings to mind Grammy-winning New Zealand singer, Lorde. Singer Logan Rex regrets leaving a lover over synthesizers and drum machines, while underneath it all, a subtle reggae beat percolates throughout the wistful ballad.

That beat comes to the forefront on the next track, “One with You,” a classic reggae tune which extols a message of unity. With a love of roots reggae above all else, this song scores high marks for me, especially with its upful brass and hopeful lyrics.  “Lay down your weapons of division and pain, we all have our burdens, don’t add to this strain,” sings Rex. “If your world is better, then my world is brighter too, there’s no difference between I and you.” Hearing those words soothes me, especially in these days of dissension and discord.  I can only hope they’ll be heard by people whose vocabulary includes frequent use of the word “snowflakes.” The song is further enhanced by the guest vocals of Ryan Thaxter, lead singer of modern reggae sensation Dubbest, who has one of the sweetest voices in the Cali Roots community. 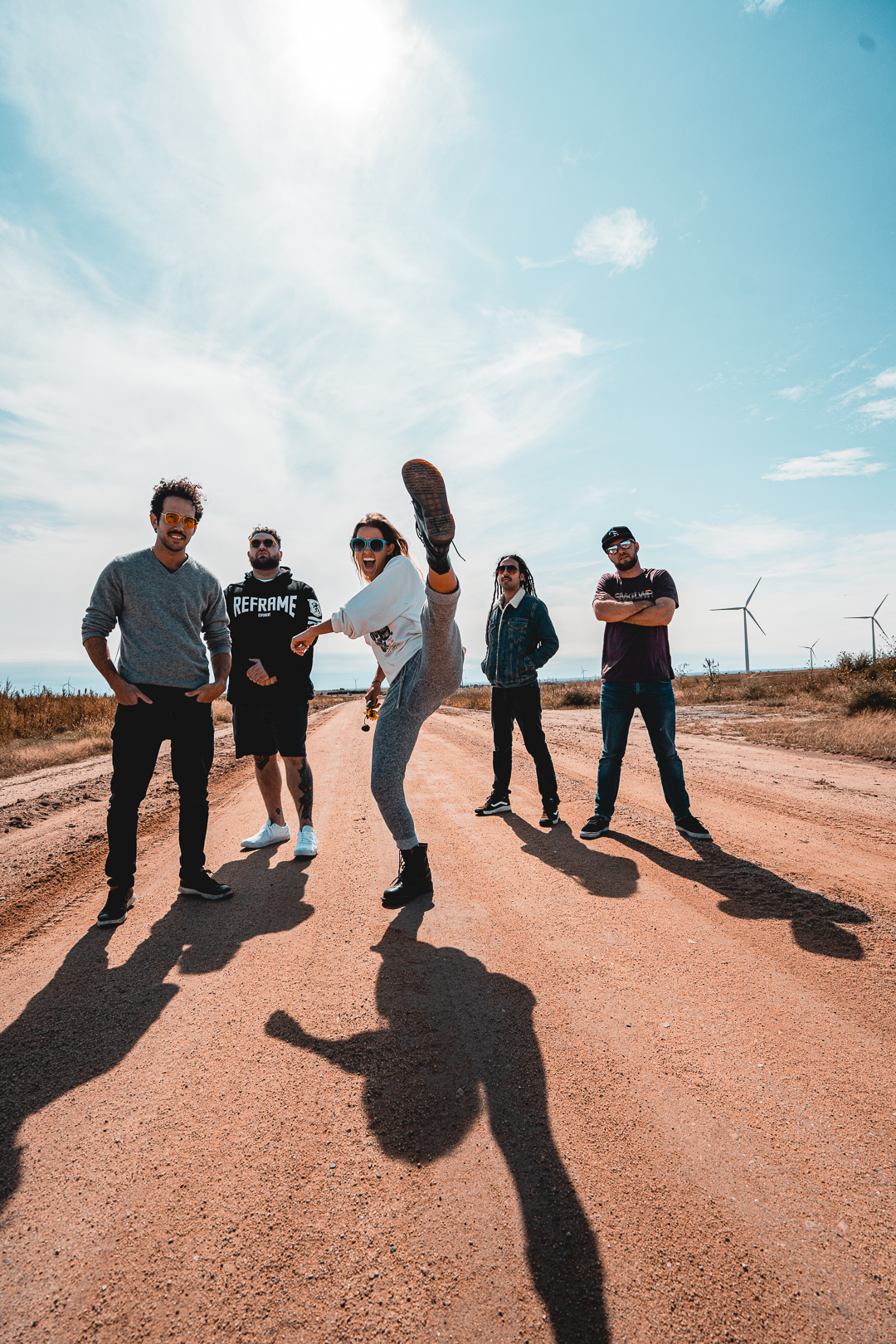 Next up, “Too Soon” is a reggae pop song with an 80s feel and a playful melody. I could easily see this song amongst the Top 40 on contemporary hit radio. The sunny music of Colbie Caillat comes to mind.

From here, Artikal Sound System dips a toe into trip-hop with the laid-back track, “When I Wanna.” A groovy song about the joys of getting high (on marijuana, on a lover, what have you), the song features a collaboration with the indie hip-hop group Little Stranger, who bring clever wordplay and a wicked flow to compliment Rex’s tempered delivery.

The fifth song, “Dissolve,” begins with Rex singing intimately over a gentle guitar lick until the rest of the instruments kick in, driving a reggae beat. A track about a fling that falls apart, Rex croons, “I can’t see myself being with someone like you, but when we’re alone I like the things that we do.” Probably the most provocative song on the album, I can see this song setting the mood for carnal pleasures.

After seducing listeners with “Dissolve,” Artikal Sound System pivots to the combative with the rocker, “Spiritual Broadcaster.” The song opens with the dissonant sound of a pick scrape, notably used to open the classic rock number, “Sweet Hitchhiker,” by Creedence Clearwater Revival. A cascading bass line follows, before a flourish of horns launch into a lively reggae beat. As Rex sings with measured ferocity, I can visualize her icy glare at the New Age poser she’s calling out.

Enter Jackson Wetherbee. Like the name of the band he fronts alludes to, his golden voice instantly elevates any track. As his guest feature comes to a close, my favorite moment on the album unfolds with Rex unleashing the full power of her vocals. If I have one complaint about Welcome to Florida, it’s that there are too few instances of this. She’s clearly a talented singer with a diverse range, but I would love to hear her let loose more often.

Keeping things interesting and adding to the diversity of the album, “Cops and Robbers” channels The Skints with its second wave ska-influence and tempo changes. The song is a cautionary tale of the risks of selling weed. “Cops and Robbers” seems like one of the few songs that thematically stray from the personal stories of Logan Rex. Then again, I could be wrong, not knowing Rex personally and having no idea what nefarious side hustles she may have engaged in.

Moving along, Artikal Sound System returns to the 80s again with “Pull Me Close,” another Top 40-worthy dance-pop song. With the understated percussion and perhaps because of the line “rhythm of the bassline,” it reminds me of a well-known Florida dance diva from the past, Gloria Estefan, although a comparison to Paula Abdul might be more appropriate.

I absolutely love the next song, titled “You’re Not There.” A throwback lovers rock tune with a slinky bassline, skanking keys, guitar stickies and a forlorn trumpet, with dubby effects Rex alternates between a higher and lower register as she laments the unexpected disappearance of her lover. In my opinion, this song features the most catchy chorus on the album, dragging out the “I” in the line, “I want to say fuck you.” It’s fun to sing along to, and reciting it is admittedly super satisfying.  Props for having the balls to write a chorus with the ultimate curse word put-down, emulating the infectious 2010 pop hit by CeeLo Green.

Clearly, Rex wasn’t finished venting because in the next song, “You’re An Asshole,” over a relaxed reggae beat she continues dropping f-bombs and other insults directed to her former lover. This might be the best ex-bashing song from the reggae-rock genre since 1995 when one of my old favorites, Dance Hall Crashers, gave us the gem, “Good for Nothin.”

Feeling better after releasing all that anger and hurt, Artikal Sound System rebounds with the cheerful reggae-pop song, “Happy.” Along with the similarly styled “Too Soon,” I can easily picture both songs being included on a soundtrack for a Netflix rom-com or animated family film.

The band wraps up Welcome to Florida with a breezy, 99-second acoustic ditty, the clever “Bald Tires,” a perfect denouement to a very enjoyable album. 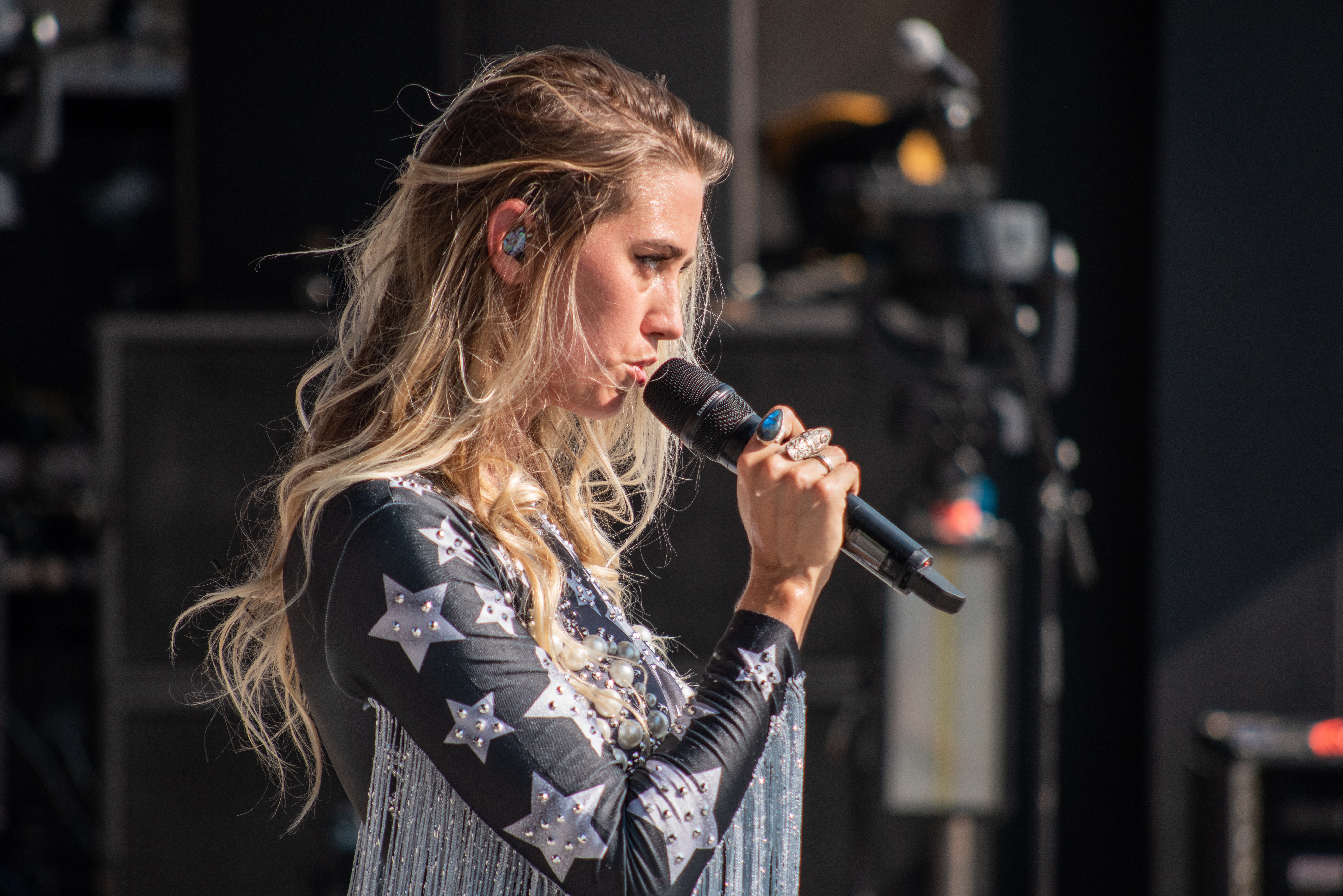 With all due respect to the talented group of musicians, Artikal Sound System’s trump card is Logan Rex. As such, I give credit to the band and Kalb for arrangements and mixes that provide plenty of space to showcase her vocal chops, and I can’t help but think of Gwen Stefani, who parlayed the crossover success of her Anaheim ska band into superstardom as a solo pop singer. Now with the support of a well-established label, let the ascent begin.