The best original music often times comes from artists who have studied their predecessors, learned their songs and know the elements of their style inside and out. Los Angeles-based The Expanders are just such an act. When it comes to roots music, these guys deliver with authenticity. The tones are correct, the feel is legit, the vocal harmonies are flawless. And the heavyweights of the American reggae scene have taken note; since their inception in 1999 The Expanders have shared bills with the likes of Slightly Stoopid, Iration, and The Green. Catch them opening things up this winter on Tribal Seeds’ Roots Party Winter Tour nationwide.

For those lucky enough to be in LA over the Thanksgiving holiday, November 24 marks the official CD release party for The Expanders’ latest release of classics reborn, Old Time Something Come Back Again, Vol. 2 out on Easy Star Records. Pick up your ticket for the hometown show at Teragram Ballroom, with support from Iya Terra and Dubbest. In anticipation of the event, we sat down with The Expanders’ frontman Devin Morrison to talk shop about all things roots. Check below for a chance to win a signed copy of Old Time Something Come Back Again, Vol. 2 on vinyl. 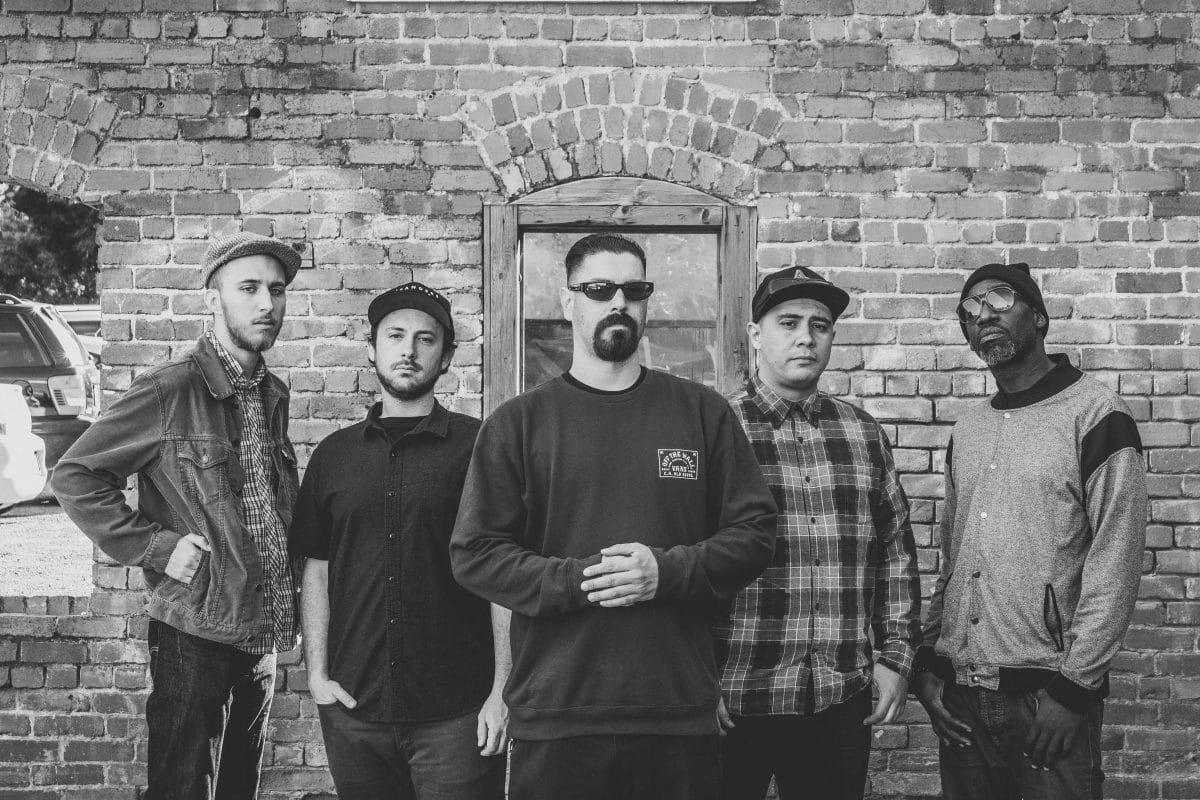 Rootfire: What was it like growing up having your friend’s dad be Roger Steffens? What was the Steffens household like? Did you have pretty free reign over the record collection, or was there a no touch, just look section? Any good reggae stories from growing up with him around?

Devin Morrison: Roger’s house was like reggae Disneyland to me. I didn’t get to go over there as often as I wanted; probably 3 or 4 times a year. So when I was there I would soak up as much as I could. My friends and I would show up with packs of blank tapes and spend hours and hours making copies of his live tapes, mix tapes, and recording choice tunes from his record collection.

I mentioned that his house felt like Disneyland, but it was really more of a museum, and Roger was the greatest tour guide imaginable. He was and is extremely generous about sharing his knowledge and access to his collection. He has stories about everything in his place; every poster, photograph, tape and record has some story or meaning behind it. The hours spent there really cemented in all of us a love and immense respect for Jamaican music, as well as an insatiable hunger for discovering more and more rare hitters buried in the collection.

RF: You guys have the three-part harmony styles on lockdown. Is there any formal training behind this, or is it just practice, practice, practice? The Wailers had Joe Higgs, do The Expanders have anyone who played a similar role?

DM: No formal training. We did have a good friend Rich Demaio (who for a while had a public access show in L.A. called “Reggae TV”) who I can remember explaining to Butcher and I early on that the basic guide to harmony was to stay in your own melodic lane, and to beware of the brain’s natural tendency to switch back to doubling the lead vocal. But our real harmony lessons came from just listening to other harmony groups. Aside from Jamaican groups like The Ethiopians and The Wailers, Butcher and I had grown up listening to SoCal skate-punk bands like Bad Religion and NUFAN. Vocal harmonies were a huge part of their sound. Before playing reggae, Butcher and I were in a punk band called The Ents (around 2001). We modeled our sound largely after that fast, melodic Bad Religion sound, and vocal harmonies were something we put a lot of time into learning and writing. So when we switched to playing reggae, including those harmonies was a natural thing.

RF: How does the songwriting process work in The Expanders? Who does the writing? The arranging?

DM: So far the songwriting process has basically followed this formula: I write a melody, lyrics, and an initial structure/arrangement. I usually record an acoustic demo and send it to the rest of the guys to see if they dig it, and so they can familiarize themselves with the meat of the tune. If everyone decides it would make a good Expanders song, we collaborate at rehearsal to build a riddim and make arrangement adjustments. Butcher, Chiquis, Roy and Asher are all masters of their instruments, and watching them breathe life into a song is to me one of the most rewarding and magical parts about being in The Expanders, and one of the things I’m most thankful for in life.

RF: You guys have some big runs coming up with Tribal Seeds and The Wailers. How do these big billed opening slots compare to hometown throwdowns like your upcoming Nov 24 show at Teragram Ballroom in LA?

DM: We were lucky enough to be taken on the road early in our touring life by some big bands like Slightly Stoopid, Tribal Seeds, The Green, Iration and Collie Budz. The first few years were spent with these bands, as opener. The last two years have been more headlining runs, and there is definitely a different feel to a headlining tour as opposed to a tour as an opener. There are pros and cons to each. As an opener you are going on stage pretty early some nights, which can be both a good and a bad thing. Good because you don’t have to wait 6 or 7 hours between load in and showtime, and also good because you get to really tackle the challenge of warming up an audience who is mostly there to see the headliner. That challenge is always something we relish. But on the flipside, playing early often means that much of the audience has not shown up yet, and it can be frustrating to travel across the country to play to a sold-out show where 70% of the people are hanging out in the parking lot pre-gaming during your set. Also driving distances between shows tend to be more daunting on opening tours because the headliner is often traveling in a tour bus with a driver, thus enabling them to travel through the night and cover more ground. So sleep on an opening tour becomes an extra-precious commodity. But some of our best moments as a band have been on these opening tours, and we love the opportunity to get in front of new audiences and meet new people in places we’ve never been.

DM: I want to preface this list by pointing out that the full-length album was never really the go-to medium for releasing music in Jamaica the way it was in the US and the UK, and that most of the greatest tunes in Reggae came out on 7” singles. That fact always makes this kind of question a bit awkward, because a list of my favorite “albums” is by nature going to leave out much of my favorite Jamaican music. For example, my favorite Jamaican group “The Ethiopians” released almost all of their best music as 7” singles in the rocksteady and early reggae period, and so end up being left off of a top-albums list. Same thing with The Gladiators, Justin Hinds, Stranger Cole, The Itals, etc. That being said, though, there were still thankfully many excellent albums made in the golden age of Jamaican Roots Music. Enough that I have to do a top 10 instead of a top 5.  Here’s my list, not necessarily in order:

You've already been entered to win!

Tagged as: Old Time Something Come Back Againrootfirethe expanders

← Rootfire At The Park 2017: The Official Recap

Women In Reggae – Jah9 →
wpDiscuz
We use cookies to ensure that we give you the best experience on our website. If you continue to use this site we will assume that you are happy with it.Ok