Bachaco to premiere video on YouTube at midnight ET / 9pm PT. Click the video above and set a reminder for yourself to tune in!

Ganja ain’t for everybody. It’s a natural fact. We all know that buddy (some of us are that buddy!) who just doesn’t like getting stoned and that’s cool. I’ve never met anyone who said that wasn’t cool. What’s not cool, is giving others a hard time because YOU don’t like a little weed. The heightened paranoia and anxiety that can cloud a brain during a nice mid-day high are almost always linked to marijuana being illegal. The social stigmas that stem from that blasphemy, while alcohol advertisements have been everywhere always, have torn apart families and ruined lives. Of course, marijuana laws are, first and foremost, based on racism and attempts at bolstering a white supremacist world. How that poisonous propaganda trickles down through the psychology of the public is some seriously symbolic shit. That’s what has you closing the blinds and looking behind your shoulder for that nosy neighbor when you are just trying to have a relaxing Saturday with your buds. That and weed that isn’t cured right.

In music we can paint scenes of fantasy. Miami’s growing international sensation Bachaco entertains us with a highly relatable scenario for any herb smoker out there in their newest video “La Policía.” In the video, lead singer Ediberto Morillo is sitting down on a nice sunny day in his home to spark up his rig and enjoy the vibes. Lo and behold, his snooping neighbor has something to say about it. In a prelude to “Karen,” the older white woman nagging-neighbor (also recognized internationally as the menacing “auntie”) is a classic trope that hippies, hip hoppers, and all rebels in between will relate to being victimized by at one point or another. Naturally, she calls the police, who (and this is where the fantasy kicks in) show up to Morillo’s door only to come inside and party along with the fun loving hero of our story. In the ultimate miff, realizing that she can’t even rely on the law and order of the state (fantasy) to control her neighbors, she predictively walks over in full “talk-to-the-manager” mode to lay down the business herself!

Inside of Morillo’s house the best kinds of fun loving debauchery are happening. Probably what the inside of any of our houses looks like on a late afternoon. You’re gonna have to watch the video to find out what happens next!

Pre-pandemic, Bachaco was hitting the road hard! All over the world, the band’s musical diversity is a huge draw to the sound. This track is evidence of that, as it brings a cumbia-inspired rhythm backed on drums and percussion by acclaimed Venezuelan percussionist Anderson Quintero, blended with hip hop flavors and the beat-style of Calle 13’s “Atrévete” (cited as one of Bachaco’s primary influences). All this combined with sing along vocals and the heavy psychedelic rock guitars of Camilo Velandia to make an excited and throbbing anthem/ode to fighting for ones right to party. While the video is fantasy satire, the song itself discusses serious topics such as social prejudice, cannabis legalization, and cultural differences. Bachaco is well known for their bilingual approach to lyrics. This track is beautifully sung totally in the Spanish language, with enough police sirens and mentions of Marijuana for speakers of any language to know exactly what is being talked about.

The song alone is ready for serious spins. Many a BBQ will be started to these iconic guitar riffs, timbales, and the hypnotic Bachaco vocals of Ediberto Morillo. Absolutely mad bass filters that are gonna sweep the system! This song rocks TF out while maintaining a steady smoker’s head nod. Defund the police. Overgrow the government. Free up the Marijuana! The more we see the more we know. The video stages an opportunity for some compromise in a community when it comes to peaceful party.

Morillo states, “We know there are some cool, down-to-Earth Cops out there, we have some in our area!!!  Some Police are our friends, brothers and community members.  And our community likes to have a good time!” La Policia tambien!” Here’s to hoping.

The video was directed by Andrés Aponte and produced by Manuel Páez. It will be available on Bachaco’s YouTube channel February 25 at 9pm PT.

Keep pushing hard for equal rights and justice, including for Marijuana users past, present and future! Wait till it’s legal everywhere before you invite that cantankerous neighbor over for a sesh. Till then, watch Bachaco!

Bachaco to premiere video on YouTube at midnight ET / 9pm PT. Set a reminder for yourself to tune in! 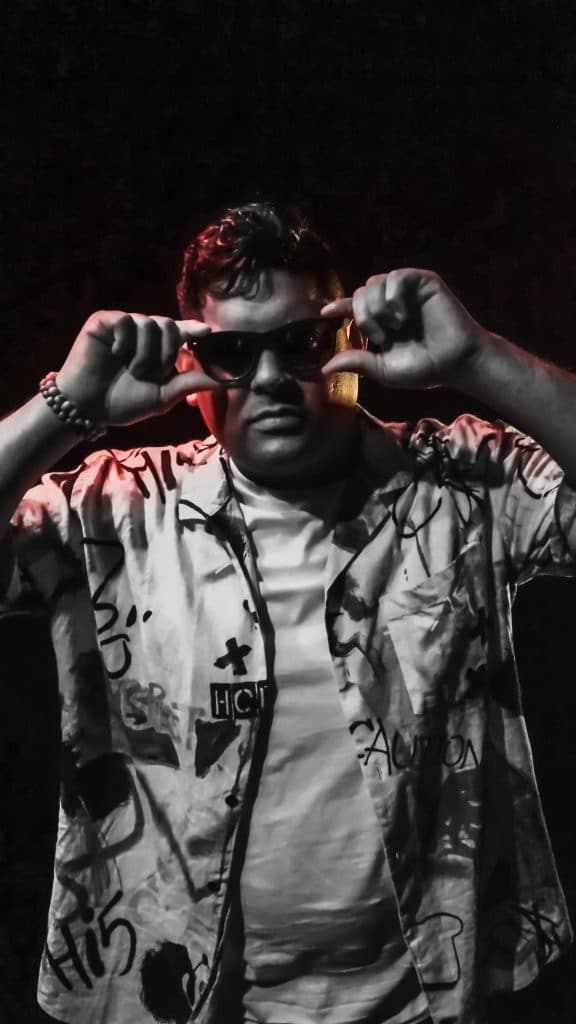