You have the opportunity to give your friends tickets to see The Movement on the Golden Hearts Tour, as well as get a free ticket for yourself. We are picking winners for every show on the tour!

The Rules Are Simple:

Send an email to: rootfire@rootfire.net

In 3-5 sentences tell us why your friend should be given the tickets to the show. We will read all the emails and notify the winners. Be sure to let us know which show you want tickets for!

[Fun fact about the name of the giveaway- “Always Friends” was the name of a skateboard friendly after school hangout in my hometown that was around from the late 80’s to early 90’s. It was the perfect place to drink an orange soda and watch high schoolers smoke cigarettes and do ollies in the parking lot.] 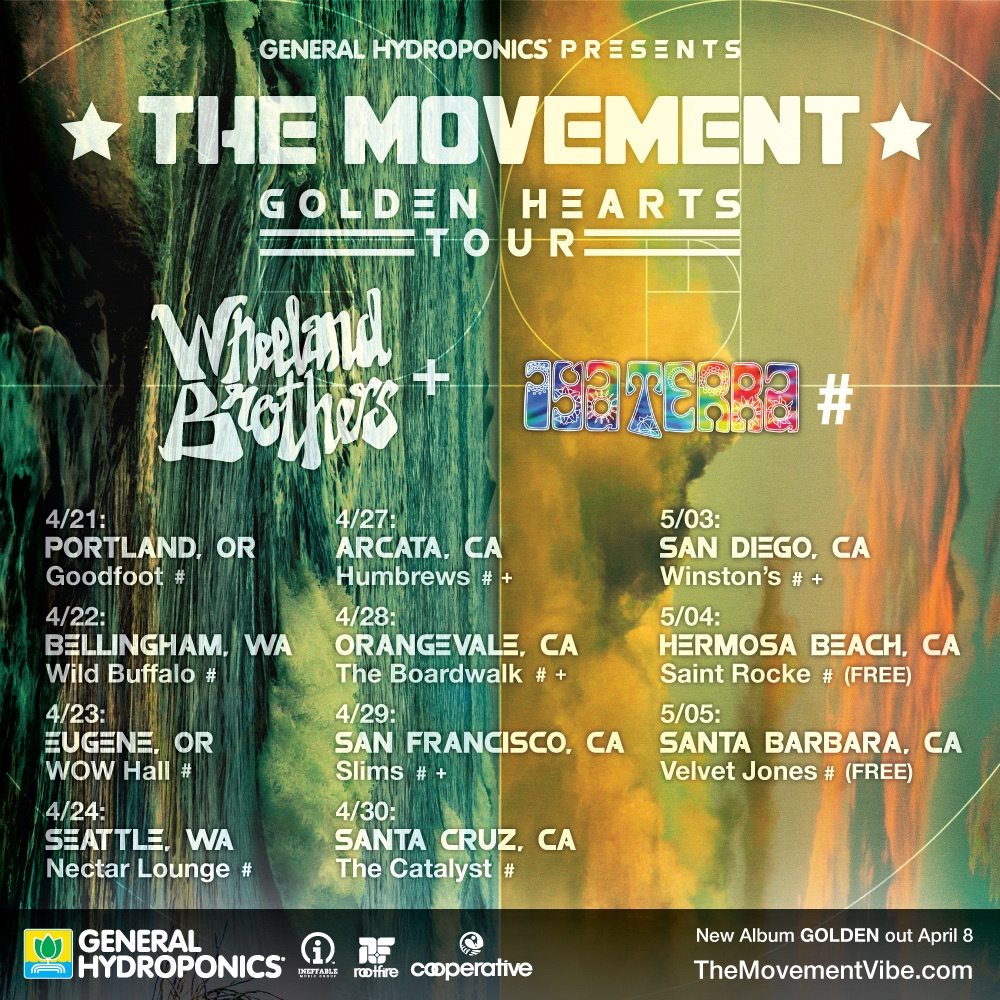 […] This week they are performing in Arcata, Orangevale, San Francisco, and Santa Cruz – with a ticket giveaway hosted by Rootfire for each show! Presented by General Hydroponics. View tour dates below, and listen to their latest […]