The following notes accompany the 40th anniversary reissue of Wailing, available in Europe on July 17, 2021 (Record Store Day) and in the US on November 26 (Black Friday).

2021 marks the 40th anniversary of two Wailing Souls LPs, one iconic and one comparatively obscure. Fire House Rock is a cornerstone of the group’s catalog and one the great reggae classics of the 1980s, while Wailing has been coveted mainly by crate digging vinyl enthusiasts. The stature and popularity of Fire House Rock has kept it in print for much the past four decades and now tops the group’s digital streaming catalog, and Wailing is only seeing its first vinyl reissue.

The anniversary is the perfect time to reflect on this classic, following on the Souls’ outstanding 2020 release, Back A Yard, whith the group’s charter members Lloyd “Bread” McDonald and Winston “Pipe” Matthews recapturing their 1980s majesty on 11 new tracks. In Michael Veal’s book Dub: Soundscapes And Shattered Songs In Jamaican Reggae, he recalls an “epiphanal moment” listening to Wailing in 1983. The revelations of Scientist’s mixing and the power of what Veal sees as an underrated classic were encapsulated in “Who No Waan Come” and its companion “Scientific Dub Mix.”

“The production style … seemed to depict some sort of dreamy, electro-pastoral paradise … the singers’ voices ﬂoated above a bed of subtly reverberating guitar chords, anchored by a ponderous electric bass pattern, colored with enchanting wah-wah guitar melodies, and thrown into a cavernous soundscape.”

As I began to prepare these notes, I reached out to Veal about the anecdote, and he directed me to his 2017 Pitchfork review of the album, which was not written on the occasion of any reissue of the album, but motivated by his belief in the importance of the work on cultural and aesthetic grounds alone. I’m happy to include his essay with this edition, as well as Adrian Boot’s exceptional photographs, which were the basis of T. Smith’s 1981 album cover illustration and graphic design. 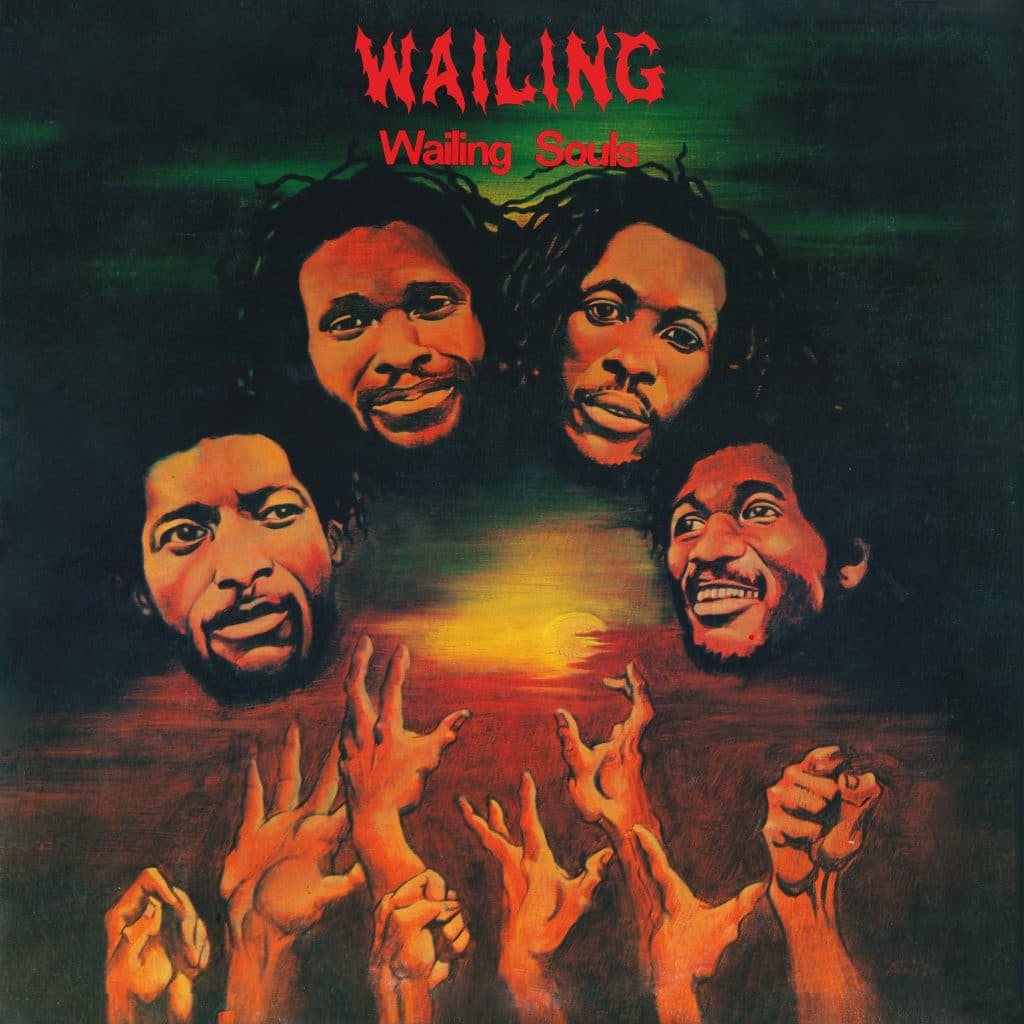 When the original mix for Wailing landed at VP Records in New York in 1981, the company was issuing recordings on its Jah Guidance label, a carry-over from Randy’s at 17 North Parade in Kingston. Newly relocated from 170-03 to 170-21 Jamaica Avenue in Queens, VP’s Jah Guidance was a primary vehicle for the company’s soon-to-be be star producer Henry Junjo Lawes*. Producer Linval Thompson, who had mentored Lawes, had released his first self-production, “I Love Marijuana,” through Randy’s in 1978 (VPR 999) with Lawes credited as co-producer.

As the new decade began, Lawes was hitting his pace with Barrington Levy, Michael Prophet, and Johnny Osbourne, aided by the engineer Overton ‘Scientist’ Brown, who was then working out of King Tubby’s famed Waterhouse studio. Lawes would eventually surpass his mentor Linval Thompson in amassing hit records, but as Lawes was breaking through, Thompson brought a trio of albums to VP in 1981: Scientist In Dub, Wailing Souls’ Wailing, and Johnny Osbourne’s Nightfall, released in succession as VPR 1007, 1008, and 1009.

Bread McDonald recalled the circumstances of these recordings in a recent interview: “We always hang out at Channel One, even when we wasn’t doing any work. Junjo came up to me and said, ‘Hey Bread, I would love you guys to do some music for me. I said, ‘Junjo, you think you can handle Wailing Souls?’ Because (some) producers didn’t want to deal with four men.” (The group’s line-up at the time was Bread, Pipe, Garth Dennis, and George “Buddy” Haye.)

Lawes’ track-record and the Souls’ positive experience with the Greensleeves release of “Jah Jah Give Us Life” and “War” in 1978 would pave the way for a four-album run at the London-based label. Shortly after the sessions for Fire House Rock in September 1980, the Souls also did six tracks for Thompson, as Bread recalls: “He and Linval were good friends. Junjo was the one who introduced us to Linval. He said, ‘man, [this is] my friend Linval, and I would like you to do some songs for him.’ We did six songs and never do a [full] album. He just wanted some songs.” Bread says that according to his personal notes, Wailing was released in August 1981. According to Greensleeves Records documents, Fire House Rock was released on June 3, 1981, just three weeks after the death of Bob Marley.

Linval Thompson confirms the timeline of Wailing relative to Fire House Rock and the recording of the songs. “At the time Junjo come with [Wailing Souls], them get big. I maybe got them after, and they stuck with Junjo. They do six songs for me, and I just put it together as a showcase, because at that time showcases were selling, with the singing and the dub. That was going on all over London at the time.”

As to why the group continued to work with outside producers after having success with self-production and an Island Records deal for Wild Suspense, Pipe Matthews explains that it came down to financing and “Survival. The little that we had was to be using it for our families.” Both Lawes and Thompson were working extensively with the Roots Radics in the early 80s. While the musician credits are specific on the original issue of Wailing, they don’t include guitarists Bingy Bunny and Dwight Pickney, both typically members of the Radics at the time. Thompson explains that musicians would vary from a core line-up sometimes depending on which musicians hustled the hardest for the work outside the studio or who might be on tour or otherwise absent on a given day. The credits include Winston ‘Bo Pee’ Bowen as lead guitarist and Noel Bailey, better known as ‘Sowell Radics,’ on rhythm guitar. Both Pipe and Bread remember their fondness for the Roots Radics, an association acknowledged more recently through bassist Flabba Holt’s involvement on their Back A Yard album.

As noted by Michael Veal, one of Wailing’s standout selections, which also found its way onto a Greensleeves 12-inch single (GRED 51), is Pipe’s composition “Who No Waan Come,” which he explains as a repatriation song. “One of Marcus Garvey’s members’ sons used to sing with the group earlier on (Oswald “Sabu” Downer). They were always talking about the Black Star Liner to carry them back to Africa. I get the idea from that. ‘Who don’t want to come can stay.’ We used to sing those songs on stage regularly. The thing about timeless music is that it’s always relevant.”

Pipe explains that most of their songwriting was inspired simply by life observations, such as Bread’s “Rudie Say Him Bad.” “This is what we were seeing at that time in Trench Town. Kids come up, saying they want to shoot everybody down. We know say eventually they’re going to get killed. If you live by the gun, you die by the gun. Bread came up with that idea.” Bread recalls, “We grew up in Trench Town and the bad boys were always touting their guns. They don’t afraid of anyone until them get lick down …The bad boys love music too, cause they were always around us when we were rehearsing.” 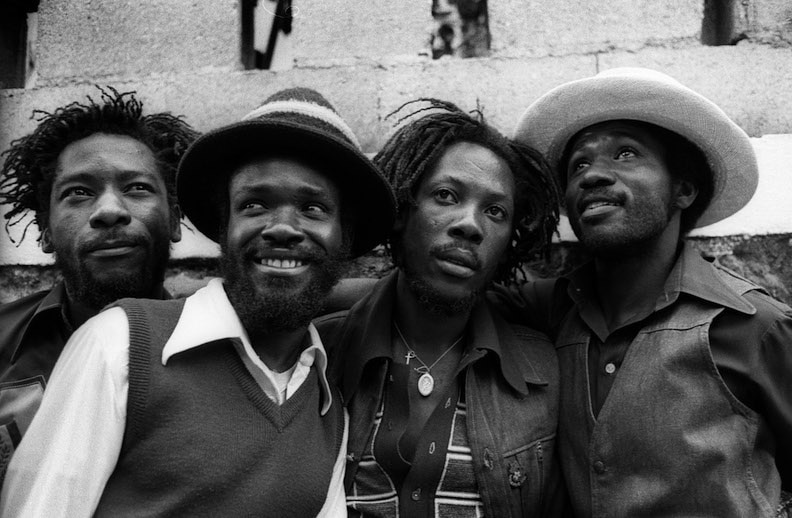 Pipe says that “Mr. Big More” was about “the bureaucratic class of people, who have the big money. Them say them care, but them just want their share. All those songs are what we see happening at the time. Even to this day. Regarding “Don’t Be Downhearted,” he explains it as a call to “‘never give up.’ As you know in life, people will distract you and try to make you feel down. When you feel down, you feel it in your heart. You feel like you’re not wanted, you’re not needed, not doing the right thing. I just write those song to show the people, say, never give up, there is always hope. Reggae is a thing that come fi teach people righteousness.”

While Pipe and Bread have shared songwriting duties over the years, the lion’s share of that work has fallen to Pipe, who learned his craft in large part from the great Joe Higgs in Trench Town. Trench Town is the government housing area where the group literally came up in the footsteps of the Wailers, who Higgs had also mentored in songcraft and harmonic structure. “He set us up with the runnings of the music. He teach me how to sing lead and harmonies, [and to know] when people are not singing right. Him teach I a lot. If I sing wrong, he would just put down the guitar and walk away [laughs]. Him was strict! He told us we should always write our own songs, so we would own the publishing. Because in music there is no pension. Him showed us how to register [our songs].”

For this anniversary edition, Wailing is paired with an additional 12-inch single, comprising two sides that VP issued in 1982 on Jah Guidance, “Take A Taste” and “Take We Back” (VPRD 100 and 101), both produced by the Souls originally for the UK Up Front label, a company owned by Bread’s cousin Carlton Harris and partner Byron Dorman. Bread confirms that the Souls also recorded these tracks with the Roots Radics at Channel One, but with Soljie Hamilton doing the mixes. Bread leads on “Take A Taste,” a love song, and Pipe leads on “Take We Back,” another repatriation song. Comparing these mixes to Scientist’s mixes Wailing, you can hear the difference between Soljie’s crisp, tactical mixing that underscores the studio’s acoustic integrity and Scientist’s more radical deconstructions that treat the entirety of each vocal and instrumental track as a malleable part of the soundscape.

Both sets of tracks encapsulate the best of the reggae aesthetic of the 1980s, high points in the career of one of reggae’s most important groups, working among the best producers, musicians, and engineers of the time, documenting a cultural moment for the ages.

*Some copies of the VP pressing of Wailing appeared with Volcano labels, typically associated with Lawes and his Volcano soundsystem brand.

Some copies have the red torch Jah Guidance label and some have a green torch label.

Carter Van Pelt is a DJ, broadcaster and writer with 30 years of experience. He is the founder of the annual Coney Island Reggae On The Boardwalk series. He has been a playlist consultant to Apple Music and is currently Director of Catalog Development at VP Records, where he has curated special products including Down In Jamaica - 40 Years Of VP Records;
Xterminator - Earth Feel It; and Wailing Souls - Wailing (Deluxe Edition, Record Store Day 2021). @cartervanpelt

Brown Bones – “I Become Light” (A Tribute to Drew Keys) →