A message from singer-bassist James Searl:

This is a tour NOT to be missed by any Panda fan or live music fan in general. The Simpkin Project is one of our very favorite bands ever. We have been preaching about them for the past 10 years to all of you people. This is their FIRST EAST COAST TOUR! To make it even more special, Chris and James will be supplying the drum and bass! We are humbled to play some of our favorite songs ever with the band that wrote them. It is beautiful music that we are excited to share with friends, family, and fans.

We designed the tour to show Simpkin Project our favorite east coast hangs. We want to show them the fall foliage. We want to bring them sight seeing and eat our favorite foods in our favorite cities. But most of all, we want to introduce them to ALL OF YOU. East Coast Panda Fam where you at? Where are we gonna see you? Every night will certainly be a celebration. All Night Music.

Panda will be taking a several month hiatus after this tour to work on music and family. Get it while you can. Please spread the word, buy tickets in advance, and get to the shows early. We love you. PEACE! 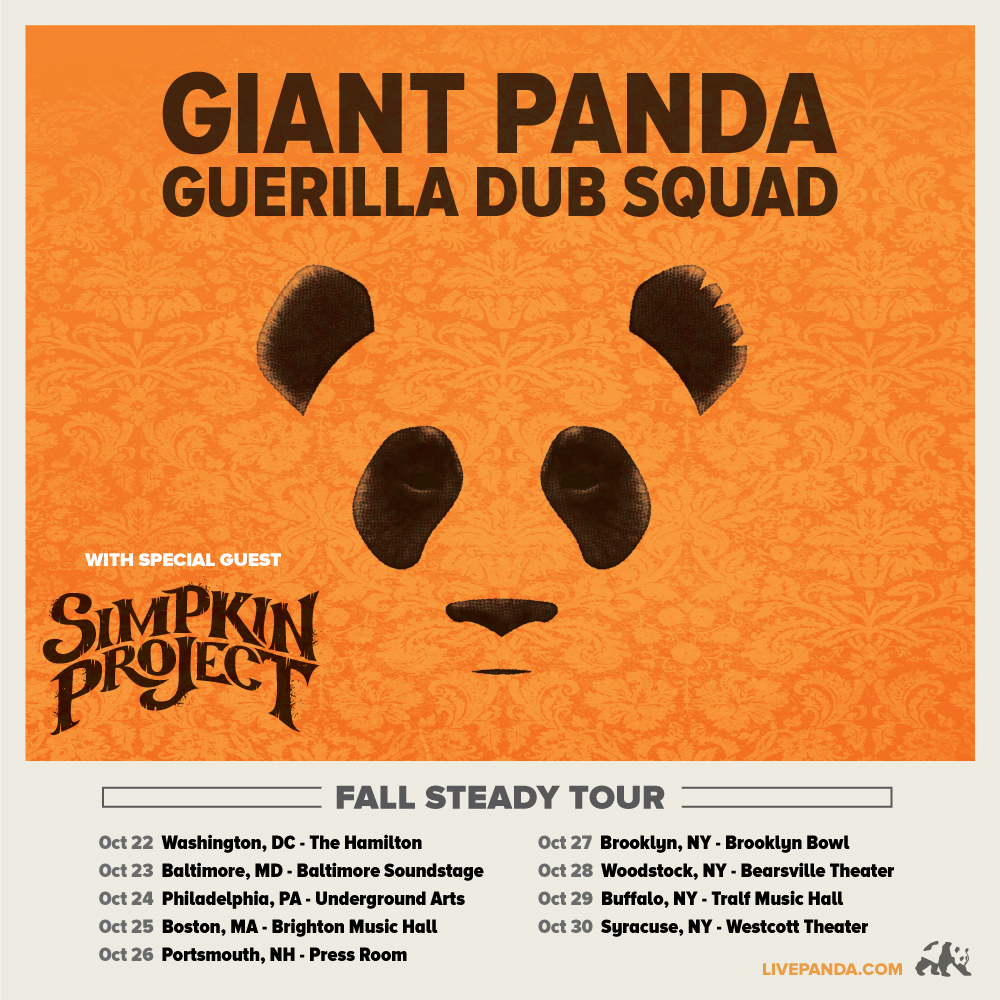 Sugarshack Sessions | The Green “Something About It” →
wpDiscuz
We use cookies to ensure that we give you the best experience on our website. If you continue to use this site we will assume that you are happy with it.Ok