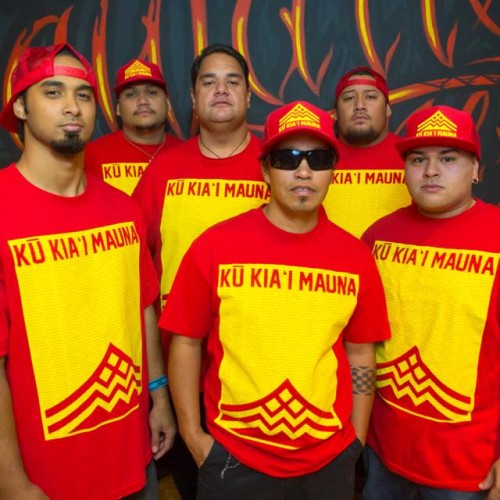 In July of 2014, lead singer and Hawaii’s legendary voice of Natural Vibrations aka “Natty Vibes”, PeniDean Puaauli, left the band who was based in San Diego to return home to Hawaii to focus on his family, do some soul searching, and replant his roots back in his home land. Missing music, he put together a new band full of fresh faces and a fresh sound. In addition to the new band, Peni reunited with a former renowned voice of Natural Vibrations, Kayton “Sly Mongoose” Macariola.

Motivated and refreshed, PeniDean came with the same hit songs that we all know and love such as, “Okana Road”, “Put A Little Love”, “Hot Like Fire”, “Put Some Time”, “Green Harvest” and “One On One”. In addition to these hit songs, PeniDean brought the fire with a reinvented sound in their recently released EP: What is Love with new songs “When You Love Somebody”, “Right Time”, “Don’t You Know”, “She’s Running Away Ft. Jah Maoli” and “What Is Love”.

In mid-2015, PeniDean signed under new management and record label, Hawaii’s Finest Records, and in August, set out on their debut tour alongside well-known and favorite Hawaii band, Maoli. In October of the same year, PeniDean was honored to be a featured artist in Guam’s Trench Fest High Tide tour beside Kimie Miner and Tribal Seeds. Headlining in Palau to a record number audience and concert goers, PeniDean set the pace for upcoming concerts there as well. Returning home in late October, PeniDean was once again back in the studio producing more new music for their full length LP due to be released in early 2016.

Please keep your eyes and ears open as PeniDean plans to make a huge splash in the music scene shortly!