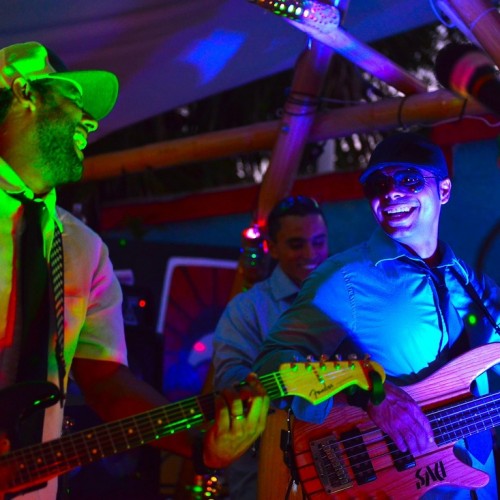 Moska Project began as a bass and drum duo in 2002 with original members Gilly Gonzalez (Vocals and Bass) and Carlos Chaumer (Drums). The two began brewing their friendship in Caracas, Venezuela at age 11. The word “Moska” is a Venezuelan street word used by natives to cue each other to be on the “lookout”. “Moska” was a way of life in the “fast paced metropolitan” reality that the two shared from a young age.

16 years later they had relocated to the East Coast of Florida and had traded their surviving life mode for the “take it easy” Florida state of mind. Today, Moska Project is a 6 piece band, writing and playing a blend of Reggae Rock and Latin Roots music.