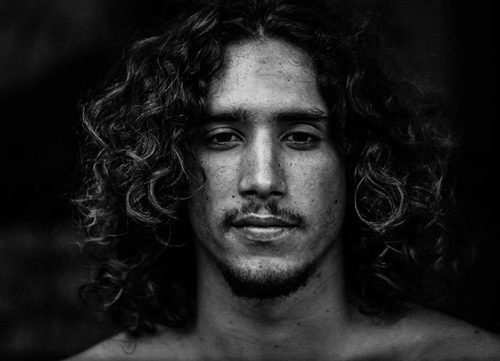 What happens when the relaxed, joyful feel of the Hawaiian Islands is expressed through music? The result is A Dollar Short and a Minute Late, the debut full-length album from 20 year-old musician/Ford model/pro big wave surfer, LANDON MCNAMARA, released on Sea Major Seven Inc. LANDON blends his own brand of reggae, rock n’ roll and blues to create a musical combo platter of positive and relatable music.

The album debuted at #3 on iTunes on December 2. Although just recently released, the album is already currently #5 on Billboard’s reggae charts. Feature articles have already popped up in such publications as Surfing, Surfline, VMAN.com, and many more.

LANDON grew up on the North Shore of Oahu and was raised in a pro surfing environment. “My dad and my uncle are both professional surfers, so I grew up in a surfing family,” LANDON explains. “I grew up right by the beach, so I was in the ocean every single day, one way or another.” He always felt encouraged to be himself, and this freedom of expression can be heard in practically every song on the album. “My family and friends are big influences to me…I definitely wouldn’t have had the nerve to go through with everything I’ve done without them having my back.”