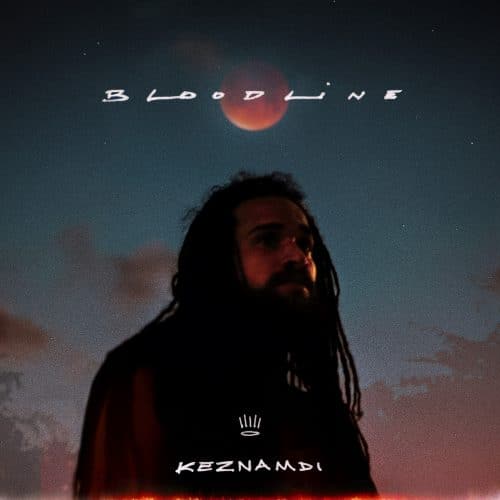 Our respective legacies live, breathe, and thrive through our lineages.Rather than leave behind material totems and trinkets, we really impart wisdom, history, and memories on the next generation. Keznamdi carefully considers this with every move he makes.

A tight bond at home prepared him to build a formidable legacy both personally and creatively. Born in Kingston, Jamaica, he remained surrounded by music as mom and dad led the iconic reggae outfit Chakula. By five-years-old, he contributed his first track “Mix A Color” to the Save the World children’s compilation and turned heads locally. Professional obligations brought the family to Tanzania. At 12-years-old, his eyes quickly opened to the importance of a global upbringing.

“My parents showed me the world. I’ve seen many different cultures and experienced different languages, foods, religions, and people. It made me grow.”

Relocating to Ethiopia four years later, he continued to soak up African culture before finally settling in California for college at St. Mary’s on a soccer scholarship. Following a career-ending injury, music became the central focus.

2013 saw him make his debut with the independent Bridging the Gap EP, scoring #1 on iTunes Top Reggae Albums Chart and the Billboard Reggae Albums Chart. He quietly built a fan base with consistent performances around Jamaica, maintaining a prolific output in the process. He joined forces with one of Jamaica’s most famous producers for the song “Grade,” which continued to stoke excitement.

During 2015, he made waves around the world by joining forces with ZHU and A-Trak on the hypnotic crossover hit “As Crazy As It Is,” which cracked 10 million Spotify streams. Co-written with Poo Bear [Justin Bieber, Sam Smith], the single “Champion” saw him deliver another reggae #1. The artist’s “Stoner’s Remix” series soared to peak popularity as “Herbs”—his take on Rihanna’s “Work” [feat. Drake]—received looks from Pitchfork and The Fader. In the aftermath, he toured throughout the Northern United States.

In 2017, he dropped the Skyline Levels, Vol. 1 EP and headlined his own sold out tour, packing venues everywhere. Calling the project Skyline Levels proved important as that’s how he defines his music. He notably shot the video for “Father Protect Me” in South Central Los Angeles, telling a powerful story. Next up, the project’s triumphant single “Victory” [feat. Chronixx] scored over 1.2 million YouTube views and half-a-million streams. On its heels, “So Right” amplified the impact among fans as he embarked on tour with his full band.