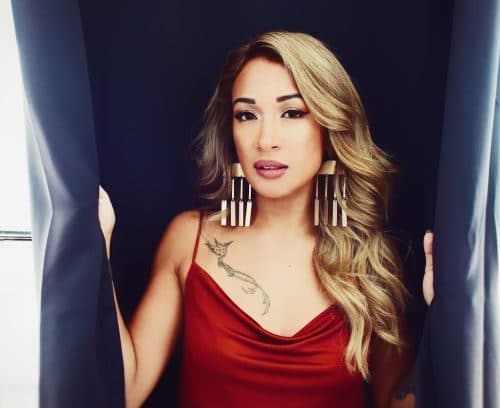 Hawaiian singer/songwriter Hirie spun her global citizenship into a lush and vibrant strain of reggae pop in the middle part of the 2010s. Backed by a six-piece band, the Filipino-born, Italian-raised, Oahu-based musician enjoyed somewhat of a breakout with her positively focused 2016 release Wandering Soul, and later built on that success with 2019’s Dreamer.

Hirie’s multicultural upbringing was a result of her father’s career as a United Nations worker. When her family transferred from Europe to Hawaii, she found what she considered her spiritual home. From the Filipino heritage of her birthplace to the sunny reggae and native sounds of her adopted home, she felt a strong connection to island music, which influenced the bright, laid-back pop of her self-titled debut album in 2013. For her second album, she became involved with the cooperative Rootsfire label and enlisted producer Danny Kalb. With her San Diego-based backing band behind her, 2016’s Wandering Soul offered a more expansive sound with horns, dub techniques, and occasional psychedelic textures. It also featured guest spots from Trevor Hall, Nahko Bear, and Nattali Rize. She returned in 2019 with Dreamer, an album which offered a variety of styles, from easygoing reggae to ska-influenced rock and smooth pop.~ Timothy Monger, Rovi