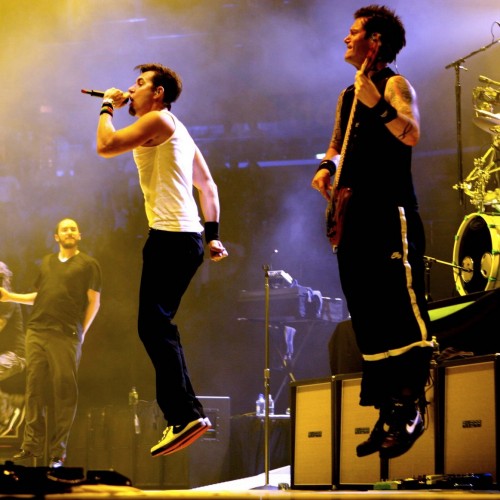 311 mix rock, rap, reggae and funk into their own unique sound. After years of consistent touring, 311 have developed a reputation as one of the hardest working, most influential and most entertaining live bands in the U.S.

311 have released eleven studio albums, one live album, one greatest hits album and three dvd’s – and have sold over 8.5 million albums in the U.S. Nine of their albums have consecutively reached the Top 10 on Billboard’s Top 200 Sales Chart…and nine of their singles have reached the Top 10 on Billboard’s Alternative Rock Radio Chart (including the #1 singles Down, Love Song & Don’t Tread On Me. Along with Amber, All Mixed Up, Come Original, Creatures For Awhile, Hey You and Sunset in July).

311 recorded their 11th studio album, STEREOLITHIC, for a March 11, 2014 release, which debuted at #6 on the Top 200 Album Chart. That same day 311 played their special 311 DAY show at the New Orleans Arena, which attracts thousands of dedicated 311 fans from around the world. Tickets were sold to fans in 49 U.S. States and 15 countries. The show includes an extended setlist (60+ songs) and state of the art production.