“This song is about helping the youths,” stated the one and only Opie Ortiz about “The Right Way,” the ebullient new track he sings on produced by Crazy Baldhead. “Love is not enough.” 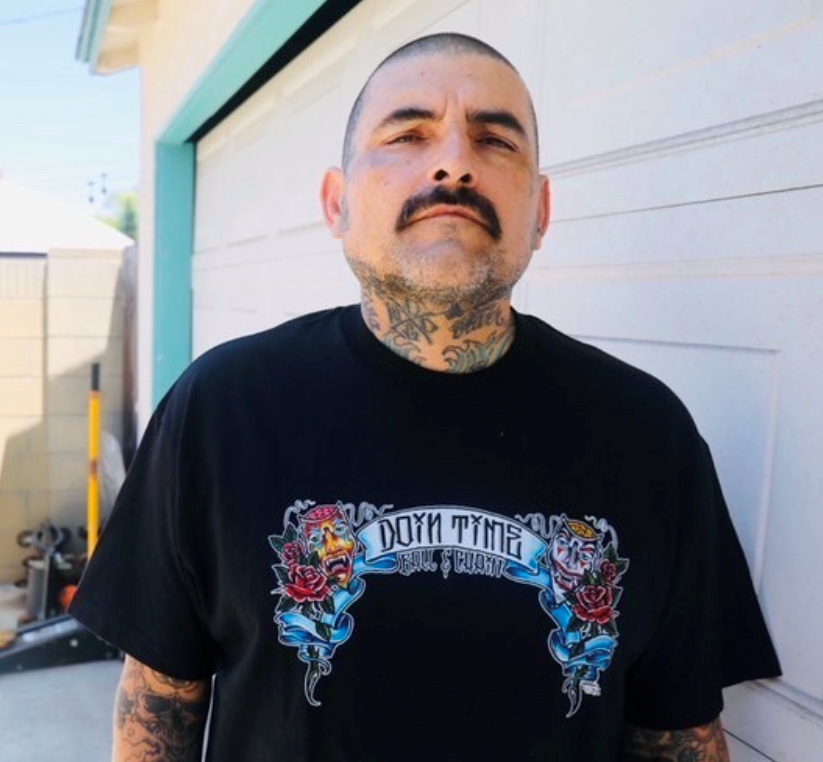 Ortiz, who designed the cover art for Sublime’s fabled 40 oz. to Freedom LP as well as some of their other releases, is also known for his tattooing and murals which decorate the urban landscape of Long Beach, CA. Yet Ortiz’s talent does not end with visual art, as he’s been performing skillfully as a vocalist for Dubcat and more notably, Long Beach Dub Allstars, for the past ten years or so.

As for Crazy Baldhead, Rootfire readers may remember reading about the Brooklyn-based artist shortly after the release of 2020’s Go Oasis LP. However, for the uninitiated, the moniker taken from a Bob Marley song title represents the solo project of Jay Nugent, long time guitarist for The Slackers, the widely admired NYC-area ska/reggae band that, after three decades, continues to put out sensational music and tour internationally.

How did two musicians from opposite coasts who never met in person come to link up and eventually collaborate on this infectious single that is sure to raise the vibes of reggae fans nationwide this summer?

“First off, I love and respect The Slackers,” said Ortiz, “I am a huge fan.” He recounted a story of the first time he had actually connected with someone in the band. “One time, my friend Skully was at my house in my garage with a lady friend, who by chance saw a Slackers Kansas City flyer on my wall, and asked if I knew Vic (Ruggiero, singer of The Slackers.)  I told her I didn’t, but I love their music. She called him and we talked for a bit about chatting over riddims and such!  Later on,  The Slackers are playing Ink-N-Iron (festival in Long Beach) and Vic was on the mic asking the crowd about the Long Beach Dub Allstars…He’s a character….It was pretty funny!”

Nugent echoed similar admiration for Sublime, Long Beach Dub Allstars and the reggae sound they fashioned and fostered over the years. “I respect what they accomplished a great deal,” he said. “They spoke directly to their audience. They drew influences from the past, but were very much in the present thematically and stylistically. 25 years later, bands are still trying to do what they did. They cast a very long shadow.”

Ortiz added that he believes they initially began conversing via Instagram, and Nugent recalls that he first considered working with Ortiz through their mutual work with Roger Rivas and Jesse Wagner of The Aggrolites, who have had a long association with The Slackers — touring, sitting in with each other and recording.

According to Nugent, he had been working up a bunch of rhythms since early 2020 and one in particular felt like a good fit for Ortiz. “I had some drummer friends cut some different styles of reggae, rocksteady and ska, which I then started to write basslines, chords and melodies over,” he explained. “I chose this rhythm because I wanted something that could be considered uptempo reggae or slow ska – something everyone could dance to, that wouldn’t alienate ska people that aren’t big into reggae or vice-versa.” 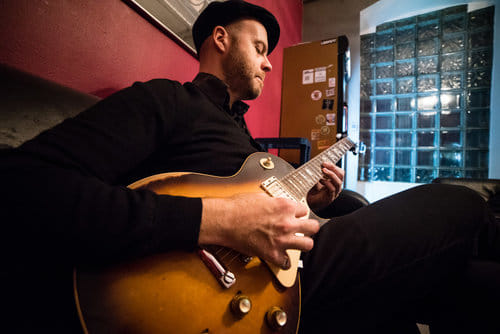 So how did Nugent feel about Ortiz’s work on the song?

“He really put the missing pieces into place,” he said. “He’s doing a singjay thing – neither straight singing nor chatting. It’s both very modern but at the same time classic, like some late 70s/early 80s early dancehall, Johnny Osbourne, Frankie Paul, etc.”

Continuing, he said, “I modeled the rhythm very much after the Studio One sound from that era. Coxsone had a record store here in Brooklyn (as well in as Jamaica and London) and I was hoping Opie would bring a west coast component to the track. I think we succeeded.”

Asked about whether “The Right Way” is a singular collaboration or whether they had plans to work together again, Nugent said for now it’s a “one-off” but that he would love to work with Ortiz again. “The creativity was very fluid with no stress,” he said, adding, “The west coast sets the bar very high. When they commit to a musical project, they leave no stone unturned. You have to put that same level of commitment and attention to detail when you work with that scene. It definitely makes you up your game.”

Selectors and collectors can purchase “The Right Way” along with it’s b-side “The Right Dub” here, but enter the contest below for a chance to win a free copy!

Winner will be notified via email from rootfire@rootfire.net. Rootfire will ship to addresses across the globe. Winner may be responsible for import duties in your country if applicable. Winning 45 can be shipped out to U.S. winner immediately; international winner will ship mid-August when our Berlin distro partner is available.