Winner will be notified via email from [email protected] Due to shipping restrictions, we can only ship to addresses in the United States.

Born Lloyd James and initially known as Prince Jammy, James was an associate of the late Osbourne “King Tubby” Ruddock, Jamaica’s greatest recording engineer and soundman. Given his name by Bunny Striker Lee, Jammy took the throne as king of reggae production when digital production took over Jamaican music in the mid-1980s, with his production of Wayne Smith’s “Under Mi Sleng Teng” serving as the catalyst.

King Jammy’s influence on the development of dub music and reggae production in his five-decade career is incalculable. His impact was highlighted most recently in SL2’s “Way In My Brain,” the soundtrack used for Facebook’s 2021 rebranding as Meta. King Jammy Destroys The Virus With Dub is a reminder of the producer’s enduring catalog and skill at the mixing board.

On King Jammy Destroys The Virus With Dub, Jammy went back to his multi-track master recordings from the 70s-90s and remixed new dub versions of classic recordings, a follow-up to Waterhouse Dub, released by VP Records in 2017.

“To this day, I love mixing and I love mixing dubs. Getting back to the master tapes is like going back in time and really brings back memories of all these great singers musicians who I’ve worked with. When you mix, you can highlight different aspects of the recording – whether it’s the singers or any of the individual instruments.  A dub mix brings them through space and time and colors each part with echo, reverb, and phasing. Each time I do a new mix, I get a different view of the song, but it’s all done live, spontaneous. This project was a pleasure to work on, and I brought together riddims from the early years, like Black Uhuru, Sugar Minott, and Barry Brown, and then moving in the late 80s and 90s with Junior Delgado, Gregory Isaacs, and Frankie Paul. I hope my fans will enjoy this trip down memory lane as much as I did while I was making the album.”

The featured track, “Closed Border Dub,” is brought to life by Costantinos Pissourios’ animation of Tony McDermott’s original cover art. “Closed Border Dub” is a new mix of Black Uhuru’s “Time To Unite,” originally found on the 1977 Love Crisis album as “Tonight Is The Night To Unite.” Love Crisis was the first full-length LP release from both Black Uhuru and Prince Jammy. Alternate mixes over the years include the 1981 update “Tonight Is The Night” (with a new drum track) and the best-known mix (with horns), “Time To Unite” from Greensleeves 1981 release Black Sounds Of Freedom. (Love Crisis is the original mix of Black Sounds Of Freedom, which was released on the Jammy label in 1977.) Alborosie voiced a new version called “Peace Treaty Style” on the 2017 album New Sounds Of Freedom. 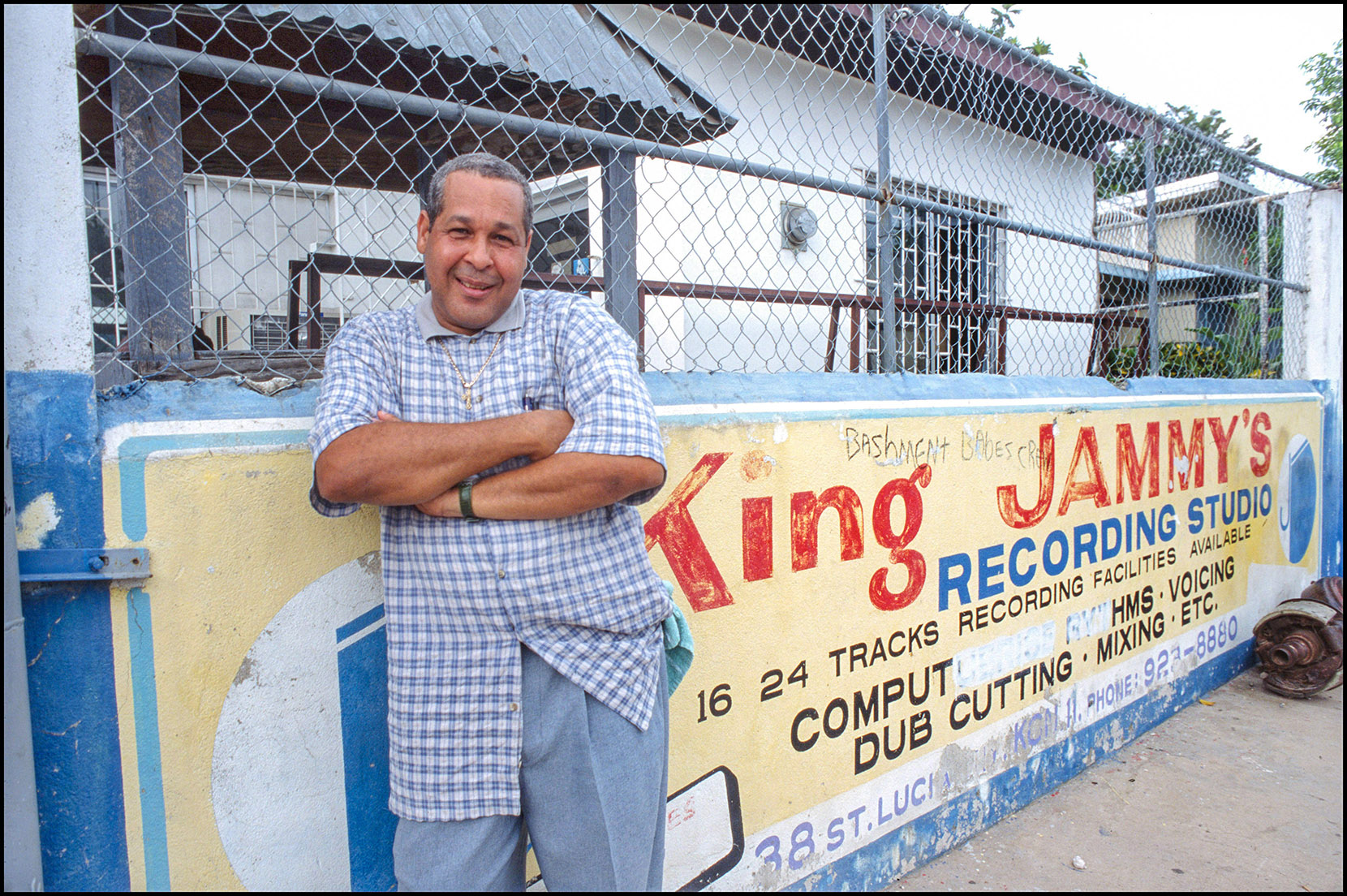 Having refined his mixing acumen at King Tubby’s studio in the mid/late 70s, Jammy developed his own aesthetic as reggae turned the corner into the 1980s, enhanced by access to the most relevant new artists from his neighborhood of Waterhouse. He was first recognized for his work with Black Uhuru, then with an array of singers including Horace Andy, Johnny Osbourne, Barry Brown, Junior Reid, and most famously Wayne Smith, whose “Under Mi Sleng Teng” is considered a transitional marker in a globally influential continuum of music.

By the 1990s, King Jammy’s productions and his soundsystem were synonymous with reggae and dancehall itself. He has also overseen one of the most successful clashing soundsystems in the world for three decades.