Upstate NY is a musical Mecca known for originality. In all styles, original homegrown music prevails. Recently the burnt over region has shown a lot of light in the indie-gone-mainstream hip hop world. Songwriter/rapper/musician/film maker/activist I.am.Tru.Starr wants to remind folks, upstate NY is more than just Griselda! Waaaay more. We like snares that crack. Booms that Bap. Hi hats that kill and bass that thrills. It’s not so much about the package as what’s in it, and you can wrap style in a lot of different ways. I.Am.Tru.Starr is layered with originality, using all the ingredients of the sounds we love (from my hometown of Rochester NY). While rising ever upward and westward with his own unique sound, still easily described as “Soul Hop” by the artist himself, Tru Starr’s fifth album VIVA! dropped today, October 29, and involves all kinda hard beats, beautiful singing, party anthems, and calls to activism and consciousness.

Black Lives Matter. While a lot of us have always known that,  it’s important to uplift our artists who have always made championing the movement part of their sound. Unapologetically Black music is and will continue to always be the most important and popular music in America. Follow and pay attention to artists that embrace these values and keep it at the fore front. It’s not a genre thing – it shines particularly in the best kinds of music though. Reggae, Dancehall, Hip Hop, and Soul, are all connected in a timeline and geographic progression. This reflects the growing consciousness, solidarity, and evolution of a world coming to terms with the effects of 400 years of human trafficking and everything that comes with it – terrorism, violence against families, stolen labor, etc. What prevails in these musics of the African diaspora are survival tactics, lessons of perseverance and growth of a people who have, against all odds, survived and thrived in the modern world. Black music and culture at the end of the day has used pain and a variety of storytelling method to pass on what has become modern popular music. The experiences have culminated sounds into calls for action that end up benefiting everybody on the planet. I.Am.Tru.Starr has always been one of those artists to me and I’ve been looking forward to the release of this record since the last project “Hair like Basquiet”.

First track I heard on VIVA! was “Somethings Gotta Change”.  It’s a heavy old school/new school reflective piece that is a tone setter of the album. The tune reflects the artists five years spent in federal prison and his desire to change and channel emotion into music. In speaking with Chloe Mogg of the UK’s Moggblog.com, Tru Starr relates that “This society is sedated and I wanna do my part in waking ’em up. It’s about time real music got the light it deserves. No politics. No label tricks. No big city backing. My family explained to me when I was young that Emmett Till (whose lynching was a major influence on the emergence of Black Rights in 50s and 60s America) was a distant cousin, and what he went through has always helped to fuel the passion in my music”.

Starr has a clear head around a wealth of emotional intelligence and this is explored and reflected throughout the new album, a testament to what it feels to be a black man in 2020.

I got into I.Am.Tru.Starr and his music as a local Rochestarian from the state of New York, but I followed his sound as he moved and progressed. Starr has transplanted himself to Las Vegas, bringing the upstate sound to the people of the sun. You can hear how it’s simmered, baked, and progressed his unique Donny Hathaway-meets-Andre 3000 style with the west coast cool and sunshine of Andersan Paak. Still real. Still nitty gritty and relatable but it’s got shades on. Times are bright in the light and while there’s still a lot to sing about, an urgency to simultaneously celebrate calls to us all. “Viva!” as in “Viva! Las Vegas,” recognizes that we can walk chew gum and revolution at the same time. We can holler at beauty and fight good fights. We can continue the tradition of our heroes and pick up where they left off in a multi-generational struggle. Music packs that all into songs. I.Am.Tru.Starr gets it. Somehow the grit and the grind of the NY cold reflects in all music from the region. As a person who hails from the climate I can recognize it right away, no matter the style. This is a beautiful and incredibly diverse record with a stew of different sounds, genre overlaps, and guests including some of my favorite Rochester to LA transplants “Suburban Plaza.” Look up these artists. Grow the networks. Music is moving. Musicians are moving. We are connected and staying in it.

I followed up with Tru Starr regarding his new life in Vegas, the sound, and how moving an artist moves the art.

“I am still in Vegas. I love it out here. My life has changed but the music has more progressed than changed. It’s a building upon the foundation sonically that I was already building. My own sound. That always separated me from other artists in Rochester. But sticking to my guns and my sound and not wavering from that is what ties me to upstate. It’s an upstate not giving AF what people think, just do “you!” type attitude. That’s what will forever tie me back to home.”

You and me both Sir iA.

Check out Viva! And all of I.Am.Tru.Starr music (as well as some nice VIVA Merch). With the launch of this album Tru Starr has started his label VIVA House Records and a clothing/merch line VIVA clothing. Check it all at iamtrustarr.com as well as all streaming services. Follow @IamTruStarr on Twitter and @iamtrustarr on IG 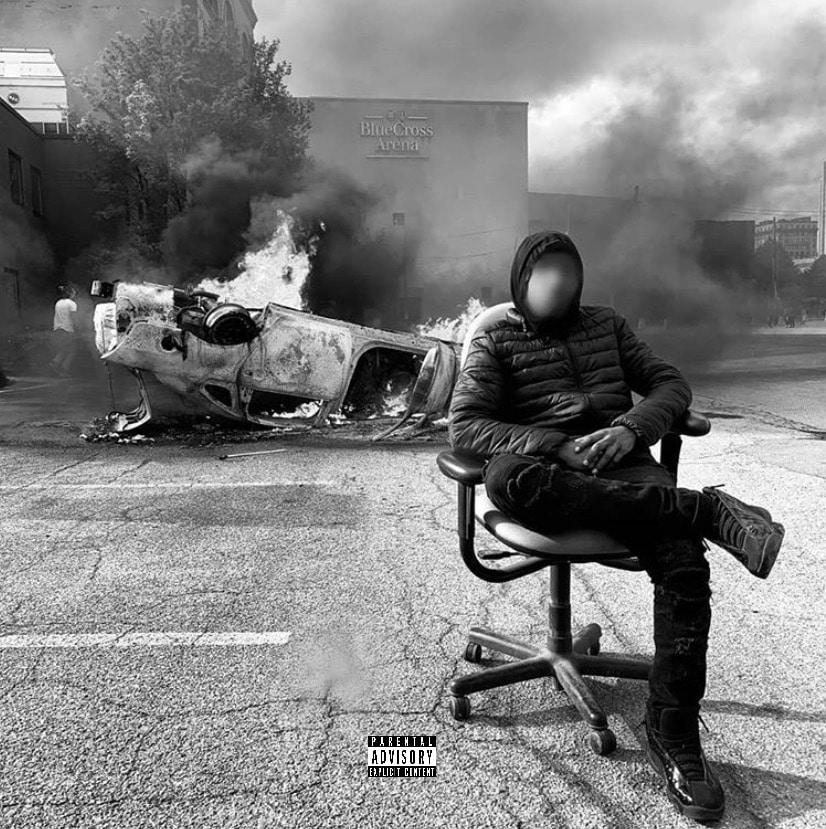