“Learning to Swim,” the track that kicks off the new Skints album Swimming Lessons, starts off innocently with a sunny lovers rock feel: a light reggae beat, gentle piano riffs and singer Marcia Richards’ raspy yet cheerful vocals referring back to the swimming lessons of her childhood. A few lines later, the lyrics darken and then listeners are hit with a chorus of fuzz-laden guitars reminiscent of turn-of-the-century pop-punk like Lit or Good Charlotte. This shift within the song is nothing new for The Skints – they’re known for mixing musical styles over the course of an album and within the songs themselves – but for the final 30 seconds, those fuzzy guitars escalate into a driving, hard rock sound akin to alt-metal bands like Tool, a sound that seems a bit more aggressive and somber for the band than their previous offerings.

This next-level heaviness signifies what’s to come – The Skints most serious and introspective album to date covering themes of heartbreak, regret, politricks and social unrest with songs like “Love is the Devil,” “What Did I Learn Today?,” “Stop Looking Back,” “Restless” and “Armageddon.” 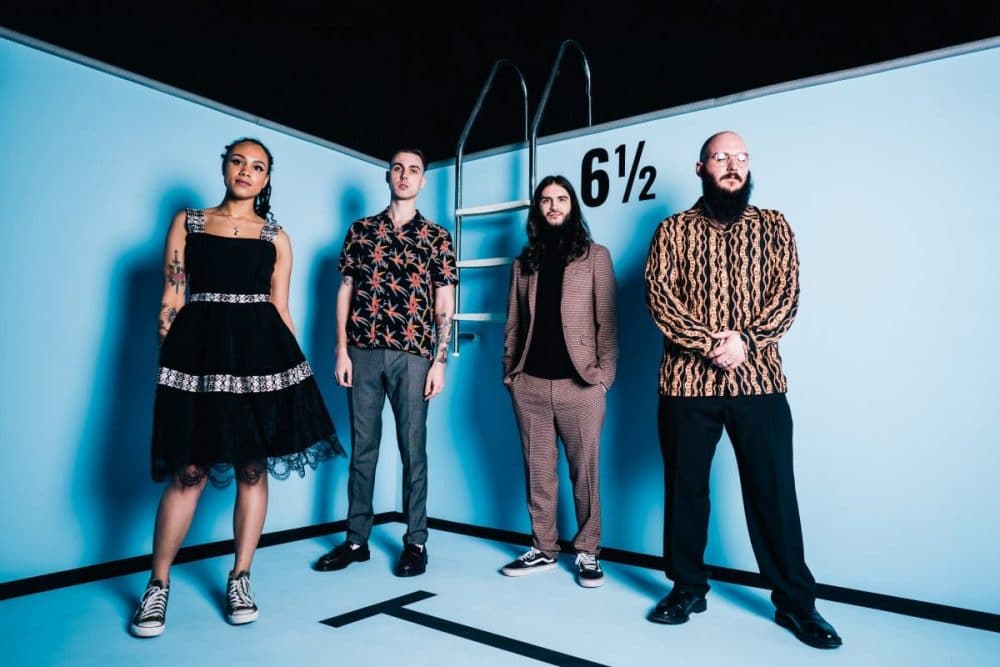 Their ability to craft thoughtful, captivating songs that skillfully change tempos and mesh genres have catapulted The Skints from the underground London punk scene to the stages of music festivals around the globe as one of the most respected reggae-rock bands. Fans in the western region of the United States will have a chance to catch the band perform starting with their May 23 date at Jub Jub’s Thirst Parlor in “The Biggest Little City in the World,” Reno, Nevada. From there, The Skints travel to the mecca of the American reggae scene, the California Roots Music & Arts Festival in Monterey County, CA, before a string of dates in the northwest and California. Rootfire readers can win a pair of tickets to a location of their choice by entering the contest at the bottom of this article.

Rootfire connected with guitarist and founding Skint Josh Waters Rudge to talk about the band’s upcoming U.S. Tour, and all that went into creating the new release Swimming Lessons.

Your upcoming tour hits the far western part of North America, including dates in Vancouver and Portland, two in Nevada and the rest in California.  Do you have a favorite region or city within the United States?

Hmm, hard to narrow down, but we are big fans of the Pacific north west drive wise and New York City. We also love San Francisco and San Diego…Also Boston. Also Atlanta. Also Maine. Man, the US is too big, we just love being out there!

What are your favorite aspects of touring in the United States, and what are your least favorite?

Favourite aspect I’d say is the sense of adventure for us, feeling like you’re in a film and the warmth, enthusiasm and encouragement from the people at the shows. Least favourite aspect would maybe be the drive distances and that everything remotely healthy is SO EXPENSIVE OH MY GOD.

Can you tell us a little bit about the reggae community in England and how it compares to the scene in the United States and other parts of the world? I assume it’s predominantly in London, but are there bands, deejays and/or soundsystems from other parts of the country as well?

Yeah, so the reggae movement in England comes directly from the large Caribbean community that have been here since the 1950s (and before). For that reason there is very strong Jamaican music history, sound systems, shops, carnivals and communities across London and in cities such as Birmingham, Manchester, Bristol, Leeds, Sheffield and Nottingham. In all those places you will find sound systems and deejays of various sizes, some of which have been around for decades and some of which are newer. While pretty fragmented between sectors, in general the reggae scene here is much more sound based than band based. We have a long history of sound systems and selectors cutting dub plates and sound clashing etc. Also some very legendary bands like Aswad and Steel Pulse, but in general, much more sounds and deejays/MCs.

True to what The Skints are known for, the new album, Swimming Lessons,  showcases different subgenres of reggae music while fusing it with rock elements.  Does the band take a calculated approach to making music, purposely trying to include multiple styles, or does it just depend on what your muse brings forth?  Do you think your music is influenced by what you’ve been listening to lately?

To be honest with you, not really. Our band chemistry is pretty fine tuned to the point where if we hear a song, we all know the style and vibe we should start building it at. From the beginning we’ve always been pretty weird when it comes to mashing things up stylistically. Maybe our last two albums have been a bit more focused in the reggae-metic realm, but with this as our fourth album and still being here, there really are no “rules” and I would agree it’s what our “muse brings forth”, as you said. Our music is sometimes influenced by what we’ve been listening to lately and sometimes influenced by what we were listening to a long time ago.

I’d like to learn about how the songwriting and recording process unfolds.  Do you start by saying, “Let’s write a lovers rock song,” or “How about a ragamuffin track?”  Or do you start with lyrics and then write music to go with them?  I’m also curious about how much the songs change during the recording/production process. For example, my favorite song on the new album, “Armageddon” starts with a classic dancehall sound akin to Sister Nancy, progresses into a roots reggae beat and then the skank drops out and it segues into more of an electronic ragamuffin sound before going back to the styles from earlier in the song.  Is the song written that way, or does it evolve into that with choices made during production?

Yeah usually it’s the lyrics and chords that tell us what kind of style the song is gonna be. Sometimes different sections give way to more stylistic blending and experimentation, like say Friends and Business. Generally though, it just feels pretty normal to us and an evolution, like Armageddon which is kind of a mutant track that took on a life of it’s own!

Man, we like ‘em all, that’s why we had to have 14 on there! Long album for us. I’m looking forward to playing new ones in general, but the rockers are good fun!

The Skints rose from the underground London punk scene.  Back in those days, were you playing music to express yourselves or were you already approaching it with the intention of being professional musicians?  Could you have foreseen that ten years later you would tour internationally, perform at some of the biggest festivals in the world and be described by the U.K.’s music and fashion magazine, Clash, as “the torchbearers for modern British reggae music?”

No way! I mean, we loved it and always wanted to do it for a long time and wasn’t really thinking about anything else life or career wise (or at all!) but the idea of the four of us still being together today and still doing is pretty mind blowing, let alone that anyone liked the music that much!

In what ways do you think you’ve changed since then?  What lessons have you learned along the way?

Wow, I mean ask anyone how they’ve changed from 16 to 28! Been learning every day and still are, now more than ever. We just gotta figure the shit out one day at a time.

Win tickets to THE SKINTS US tour!

The new record Swimming Lessons by THE SKINTS is out now on Easy Star Records. They are touring the U.S. from May 23 to June 8. Check out https://www.theskints.co.uk/live for dates and tickets. 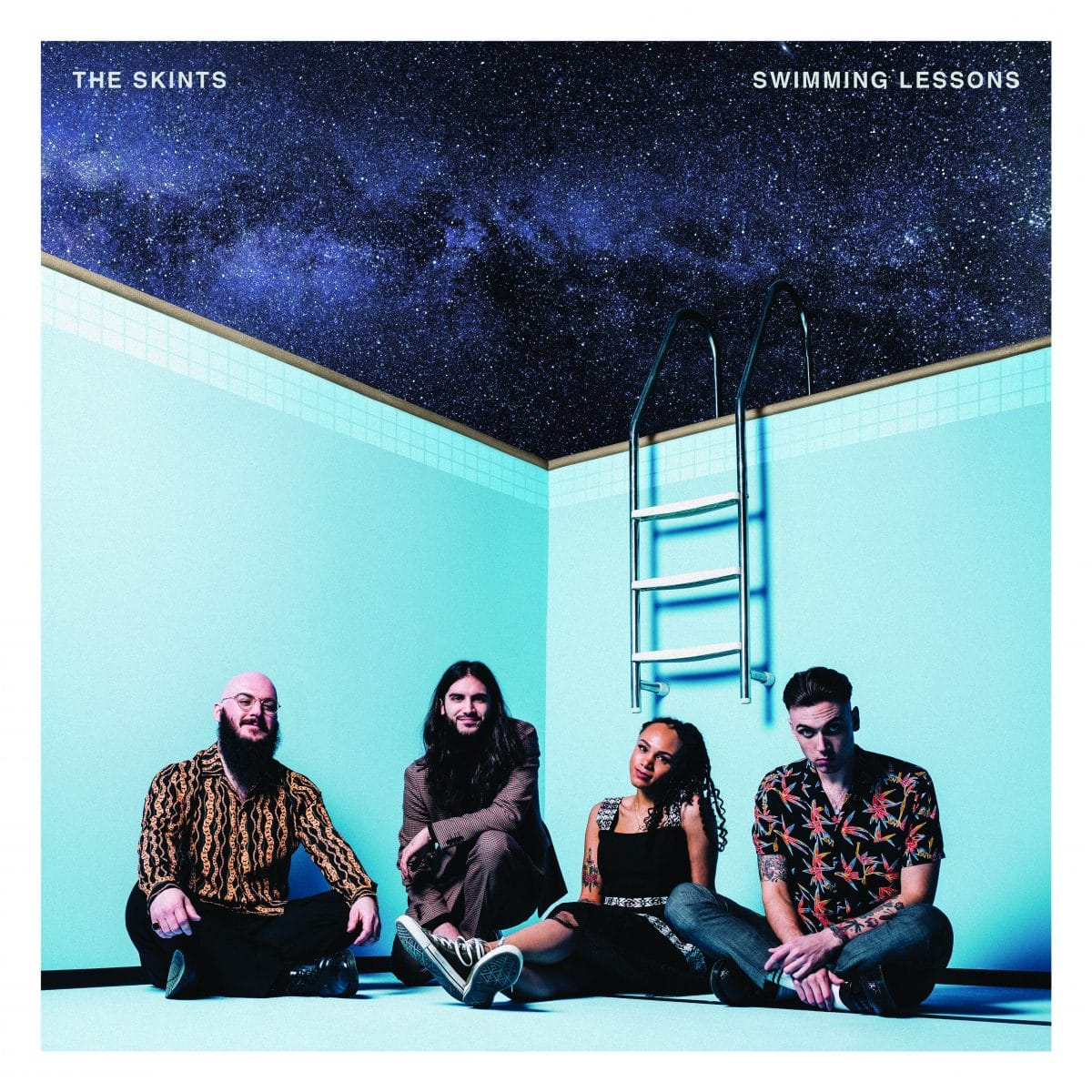