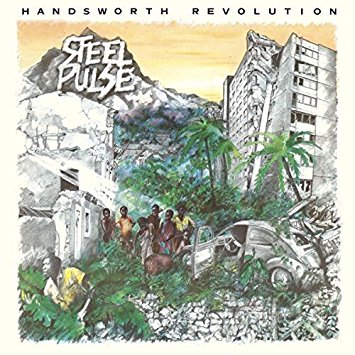 I did not grow up listening to Handsworth Revolution. I really wish I had. I was looking for that clear and present music with a message. Rage Against the Machine politicized me, punk rock and hardcore had the energy I needed and hip-hop had my attention. As a fourteen year old, I had always listened to Bob Marley, but beyond the power of proverbs I wasn’t clear on how the reggae message related to me. As a young white suburbanite I want to think I was open to and in search of the truth. Like, I wanted it bad, but didn’t know what it was. That was my experience, at least, and to each their own when it comes to piecing together how the world all shakes out. Unbeknownst to me, Steel Pulse had the education, the energy, and the grooves I was looking for. I wish some older kid had put one of their records in my hands.

Steel Pulse offers militancy through melody, while naming names of real world offenders of social justice. There is no disguising their agenda. They don’t discuss “We and Dem”, as much as they they talk about the “Ku Klux Klan” and the “National Front”, and other social plagues that remain a threat to human rights in 2018. At 14, I was in a band whose only song for a time was “A Groove to Kick a Nazis Ass To”. I was ready for Steel Pulse. 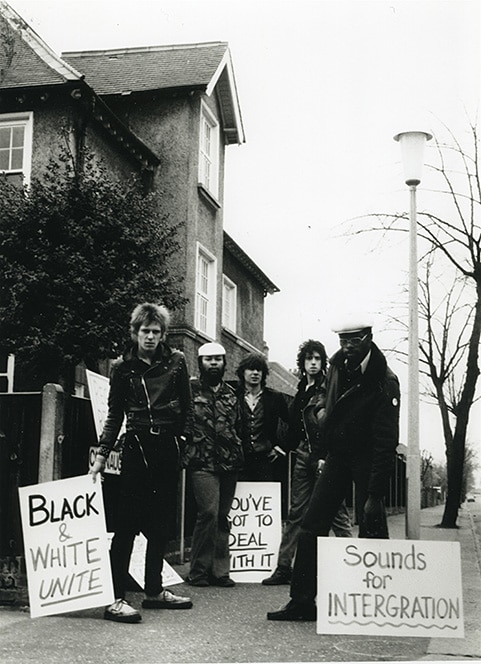 With The Clash – Rock Against Racism

40 years after the release of Handsworth Revolution, the very themes of police brutality, white supremacy and resistance that thread through that record are as prevalent as they have ever been. Globally inflamed. The music of Steel Pulse has existed for 40+ years to remind us, as if we could ever forget, that reggae music is Black Lives Matter music. It’s kick nazi ass music. It’s more direct about real divisions in our communities than any other dance music, while remaining totally inclusive.

There is a global connection that has been welded through the transmigration of Jamaicans to the UK. The UK reggae sound is that of displaced Africans, by way of Jamaica and the West Indies, who had been once again resituated – this time into the cold concrete jungles of Birmingham, England. The migration of the music is audible, and Steel Pulse’s influence on the world of reggae is unmistakable.

Handsworth Revolution is a particularly unique sounding album in the history of reggae music. It’s a new beat from a new wave. Half-time skanks over four in the floor rockers beats. The arrangement, production, and lyrical content comes across as more sophisticated than Steel Pulse’s predecessors in Jamaica. Today, it sounds more intentional than ever. It’s a concept album dedicated to the people of Handsworth, the neighborhood in Birmingham where Steel Pulse hails from. Also known as Dread Town, it is where many migrants came, full of hope, only to find limited work opportunities, police harassment, and frigid living conditions.

Surprisingly, the album didn’t make it into my hands until I was in my twenties. At the time I was touring with Steel Pulse as part of the opening act and having my mind blown nightly at how freakishly amazing and fresh the band was. The music was on that higher level. They rehearsed heavy every sound check. Every way that every player plays reggae in that band is as unique as it gets. Listening to “Handsworth” reminds us that Steel Pulse have always had their own groove in the already totally unique world of reggae. They stand tallest as kings and forever ambassadors of the UK sound, a sonic impression of yet another movement of a powerful and proud people, who against all odds, continue to set the tone of future sound waves worldwide. Do the world a favor, and pass it around. Put this album in a young person’s hands. 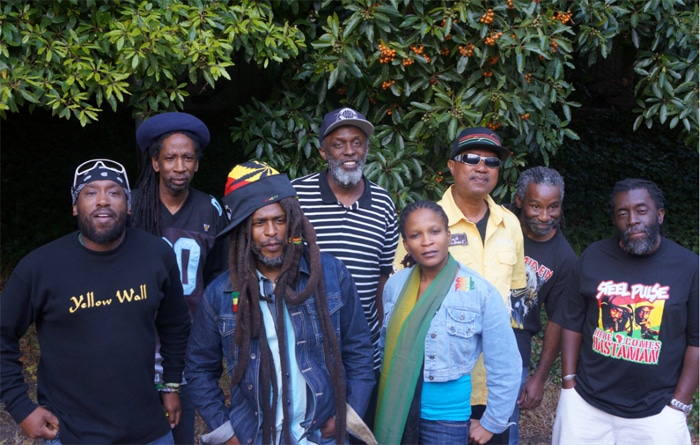 I Take My Brass With a Side of Dub: Illegal States Brass Band – Wage Joy →