Throwback Thursday: Peace In A Time Of War

I’ll never forget the first time I heard “Rasta Courage” off SOJA’s debut album, Peace in A Time Of War. It was just about 10 years ago, long before the radios had played it, the promoters hyped it, and the record stores sold it. I was in the car with my best friend & his older brother (the person who introduced me to reggae) on our way to the beach and I’d never seen him so pumped to show us new music. Right when he pressed play and the music hit, it was one of those songs that from the second it starts just instantly captured you. There was no other choice but to listen to the song with complete presence. Back then there was no unopened text message, lingering e-mail, or Instagram notification to distract any of us. Just that music in that moment. That was all that existed.

One of the most amazing connections that I think we can have as human beings is hearing a song for the first time that feels like it’s speaking exactly to you. What’s even more surreal is when everyone you’re listening to the song with has that same feeling.

So there we were, three boys in a car headed to Sandy Beach, stuck in a trance listening to this band for the first time talking about “I don’t defend white, and I don’t defend black. I defend truth and rights and all of that.” I didn’t know where these guys were from, what ethnicity they were, what religion they believed in. None of that even mattered. All I knew is they were making music that was different. Music that was pushing the boundaries of what previous decades of humanity had tried to confine us to. Music that somehow spoke exactly to the times with this hyper-political message meant to ignite a new generation.

That first album didn’t have millions of fans awaiting its release on iTunes. The Grammy Awards probably could have cared less about it. But for everyone who did manage to get their hands on it, they knew how innovative that music was. You’d have to ask Jacob Hemphill & Bobby Lee, but to me, it just felt like those guys were attempting to make music that was so potent the whole world could hear it. In retrospect, I think it will definitely be regarded as one of the distinguishing albums of American reggae history for its progressive musical style and fearless political messaging. 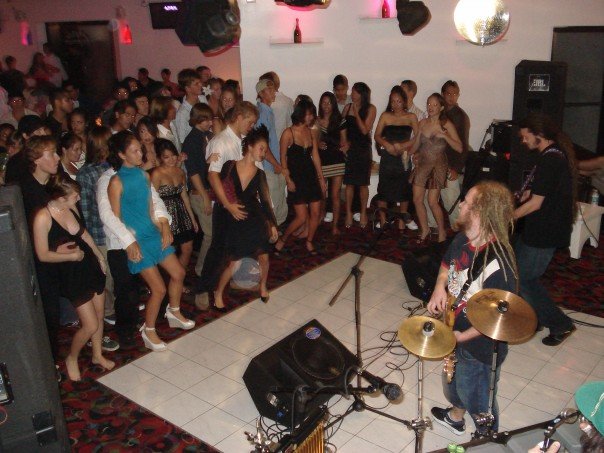 If I could have invested money back then, I would have put everything I had into that band, and now I’d be rich, or at least own a jet ski. Since that wasn’t an option, I Myspaced them a few years later as a senior in high school and asked if they wanted to play at our schools winter ball. Luckily enough, our winter ball was two nights before their first show ever in Hawai’i at Pipeline Café on O’ahu. Reaching through my memory I can only vaguely go back to how stoked I was reading a message from their manager Elliot Harrington who said they would love to do the show.

It’s humbling to have been a part of their first journey ever out to Hawai’i. To have help raised what little money we could to help get them out here to share their music with an island that loved them perhaps more than any other place in the world did at that time. I think in many ways that trip changed a lot of people’s lives. The promoter of that show, Dan Sheehan, would one day become Director of the California Roots Festival. I would one day get to share music through my blog (rudeboyreggae.com) & travel the world as a cinematographer for a band called The Green that hadn’t even been born yet. And of course, SOJA became the world-renown reggae band that they are. All from humble beginnings.

Back then, it was just about the love of the music. It was about a genre that had a different story to tell. I don’t think any of us could have predicted the explosion that would happen and continues to happen within the genre of contemporary reggae. As the movement seems to get bigger and bigger with each day, it seems more important than ever to stay grounded by those first few sparks that set it all on fire. No matter how big the stages, how massive the crowds, how large the profits, we can’t forget that as listeners, musicians, publishers, promoters or whoever we are and however we may be connected to the music, we are the ones who represent reggae. It’s our responsibility to keep reggae alive and true to its original form of conscious music with the sole intention of uniting and elevating humanity.

I’ll always remember my first encounters with the music of SOJA. 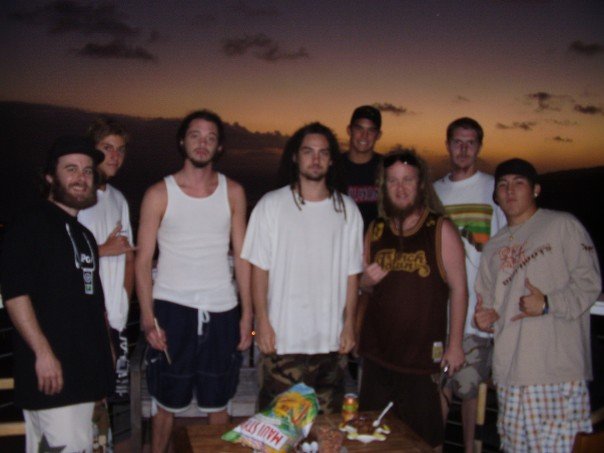 Jesse Yonover is born & raised in Maunalua, Hawai'i and a long time fan of reggae music. He is the founder of rudeboyreggae.com & cinematographer for The Green.

← Why Hate Reggae? When Reggae is Bigot Music

Rootfire World Premiere: Through The Roots “Bear With Me” →