I was born in 1981, the year Bob Marley died, and alongside my generation, his was THE reggae we knew, if we knew reggae at all in our youth.  Then, along came Sublime’s West Coast influence on music, and we suddenly became a generation whose ears naturally existed both in Jamaica and abroad, enlivened by ears geared to honor the past, while building the present.

I can so vividly return to that moment in my head, when I first heard Burning Spear at a friend’s apartment. I was a freshman in college, and more valuable to my life than any class I attended, I was suddenly clued in to this new, to me, sound! A few of us were sitting around, decompressing from the day, and this honest voice implored me (brothers and sisters, too) to “live up in the hills” – It should be said, I did end up running from the concrete jungle, just as soon as I could. I couldn’t get enough of Burning Spear, absorbing all I could find, and these same albums still get regular play today, when I’m the one at the controls. Of course, Spear had a long history as one of reggae’s foundation artists, long before I ever took a breath. 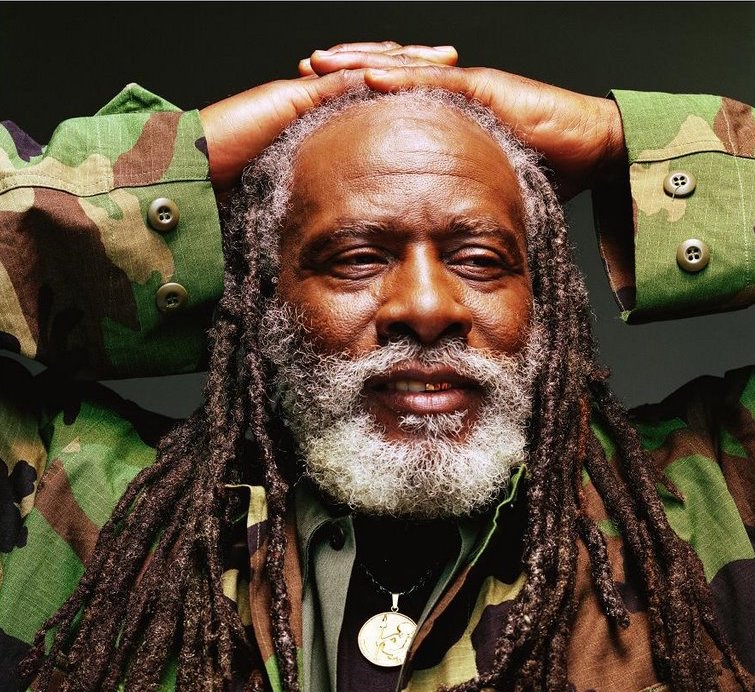 Bearing this new gift, I turned on anyone who would listen, fully overjoyed with the ability to offer this sound to the uninformed, just as I was offered – a sound ancient and vibrantly-alive at the same time.  This bedrock, Jamaican-born roots reggae pioneer broke me out of the Marley/Sublime path that commercial radio gave me (lovely, as it is).  With radio ever-existing as an entertainment outlet, rather than being intended as an educational portal – if one isn’t naturally curious, it’s easy to overlook the vast chasm between the various incarnations of mainstream reggae and the foundation styles: the art and culture that inspired our present day.

That first listen introduced me to the humbly-crafted “Man in the Hills” (1976). I soon devoured all of the studio releases I could get my hands on, later delving into Spear’s ferocious DUB releases – I could not get enough.  It felt like my first exploratory and strange trips into the Grateful Dead’s catalogue in high school – where does one possibly begin? As with any journey, it’s important to simply start with the joy of discovery, and just ride the music where it decides to lead us; don’t think too hard about it.

Burning Spear is that pure artist who, decades after his fire first blazed, slapped the mess out of me and showed me the door to a vast wealth of reggae I had not yet encountered.  Spear led me to discover England’s Steel Pulse, Linton Kwesi Johnson, and ASWAD, before swinging back to Jamaica and locking my spirit onto artists like Culture and other roots legends. My personal treasure at the end of this long rainbow included finding the massive DUB giants like Lee “Scratch” Perry, Scientist, Augustus Pablo, and King Tubby. Discovering Burning Spear allowed Reggae to come alive for me because he showed me how much living reggae had already accomplished, the radio limitations of “singles” and commercial success be damned.

My interaction with Burning Spear, as an artist, finally bore fruit as I was able to catch him on stage. No matter how many albums one hears, how many videos one watches, or how many articles one reads about an artist, it’s truly impossible to absorb that artist in a complete manner, without seeing the artist on stage. Emotional artists feed off of the crowds in front of them, and these moments are when the stage and the floor fall away, and the dancehall, the stadium, the back porch jam session wrap into a union that can be so pure and unadulterated. My personally-invaluable stage experiences with Burning Spear include The NorVa (Norfolk, Virginia), the now-closed Jewish Mother in Virginia Beach (where you could reach out and touch him, if you really wanted to), and the most magical of all: Spear’s set at Bonnaroo 2004.

That set was a moment of pure freedom for me. It was the last day of my first music festival, having traveled seemingly so far – a trek where the final 10 miles took a solid 10 hours (we fell asleep on the road at some point, awakening as cars started going around us and other sleeping drivers) because of entry issues with traffic; I endured this, in large part, to see Spear. Seeing him that Sunday morning was a truly cathartic experience in my life. I needed that sermon more than anything at the time; beyond the cleansing of spirit I received in the encounter, simply keeping me moving after 4 expansive days (including travel) and nights of sensory overload was a blessing. I’ll never forget the joy that yanked me from my tent that blazing Sunday morning of Bonnaroo’s second year, alongside thousands (90,000+ attended) of other begrimed campers. If you missed the first 3-4 years of Bonnaroo, you wouldn’t recognize what it has become.

We stood at the entrance to the festival grounds like the Beatles were touching down in the US for the first time, bright smiles breaking through dusty lips, a coating of dried mud crumbling from our feet and legs, while we waited for the gates to open. If you watch the official Bonnaroo release from that year, you’ll see the joy on our faces as we poured, skipped, and ran in; I’ve rarely seen such mass excitement, and it mirrored the power of a Burning Spear set.

Working as an active soldier against music piracy, Winston “Burning Spear” Rodney doesn’t tour so much these days; in fact, he has said he is done touring and only appears very rarely for one-off events. My concert lineup has suffered from this lack, over the last few years, but we thankfully take what we are given in life. If you didn’t breathe the air with him when his fire was gasoline fueled, please see whatever video footage you can get your hands on (Suggested DVD: “Home to my Roots: South Africa 2000/Live in Paris, Zenith ’88”), and soak in it.

If you live a life that has been burned by the Spear during his passionate performances, you know the beautiful scars you cherish; you know how hot reggae music CAN BE, when passion is the muse that gives no other option but to BURN!

Make It Better – One Year Later, Now on Vinyl →
wpDiscuz
We use cookies to ensure that we give you the best experience on our website. If you continue to use this site we will assume that you are happy with it.Ok