When The Impressions landed in Jamaica for the first time in 1966, their popularity spread like a wildfire. The band’s presence essentially created an equivalent to “Beatlemania.” The group’s records sold very well on the island and dozens of groups such as The Techniques, The Uniques, Derrick Harriot and many more would record dozens of their own versions. One of the most popular Jamaican riddims is a cover of “You’ll Want Me Back,” a B-side to their hit “It’s All Right.” “You Don’t Care,” which was originally sung by The Techniques, spawned popular versions such as Nora Dean’s “Barbwire” and Devon Russell’s “Make Me Believe In You” to name a few. Bob Marley was inspired by their hit “People Get Ready” with “One Love.”

The Jamaican producers didn’t stop at just Impressions or later Curtis Mayfield solo records; they would also pick songs penned by Curtis but sung by different artists. Most notably was a song called “Mama Didn’t Lie” by Jan Bradley, put out by Chess Records in 1963. This song would be recorded by Derrick Harriot in 1967 and Paulette Walker in 1978. 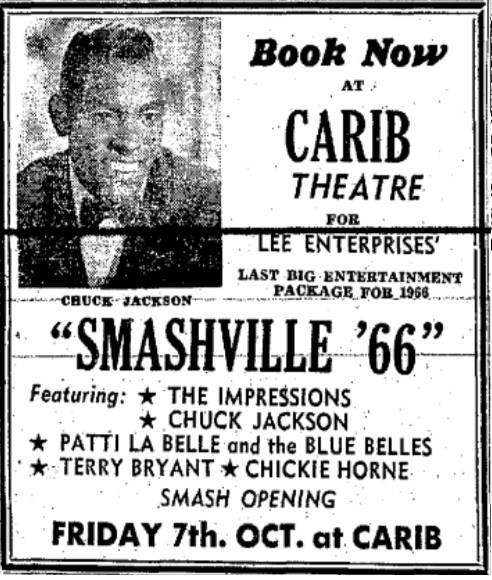 Curtis Mayfield was well aware of the popularity of Ska music. In the early 1960s, he teamed up with producer Carl Davis to record what they called “this crazy new beat.” Employing Byron Lee & The Dragonaires, who helped bring them to the island originally through Byron’s company Lee Enterprises, they produced a record called “The Real Jamaica Ska” with talents such as Jimmy Cliff, The Techniques, Lord Creator and more. The idea was brought to life when Carl Davis had employed Major Lance and Billy Butler to travel to Jamaica and research ideas on how to promote Ska to the US markets. Unfortunately, they never made it; their record label, Columbia Records, applied for the wrong travel visas. The album would still be made without the musical input of both Major Lance and Billy Butler. Carl Davis is quoted as saying, “The Jamaican beat is terrific. Sooner or later it will gain a lot of ground in the United States.”

If you are into Jamaican music as much as I am, you will discover that the groups of the Ska and Rocksteady period modeled the US rock and soul groups. So much so as to how many members each act had. After The Impressions had entrenched their sound and style deep into the minds of the island’s population, Jamaican music would take on the shape of The Impressions in many ways. From what were once large groups of 5 and 6 singers, trios such as The Paragons, The Wailers, The Heptones started to appear. Lead singers of most of these groups, such as Slim Smith and Pat Kelly, had similar vocals to Curtis. Their vocal arrangements and productions also inspired producers like Coxsone Dodd. During The Ethiopians years at Studio One, they often had their harmonies beefed up by the likes of Peter Tosh and Bunny Wailer.

Aside from the musical aspects of The Impressions, their outspoken commentary on the equality for African-Americans and the Civil Rights movement struck a deep chord with the hearts and minds of Jamaica. Songs such as “Keep On Pushing” and “We’re a Winner” were products of what Mayfield thought of as “songs that would motivate people.” The latter would be banned from radio play for explicitly talking about the Black Power movement. Six months prior to this incident, the first high profile Jamaican song about black empowerment would be recorded by none other than Lee “Scratch” Perry. It was called “Set Them Free.”

Jim the Boss is a reggae producer who owns Hoboken HiFi recording studio. Him and his team of studio musicians are dedicated to producing soulful reggae music that mixes the sounds and styles of yesteryear with new and veteran stars of today.

Road to Reggae Rise Up: Eric Rachmany of Rebelution →