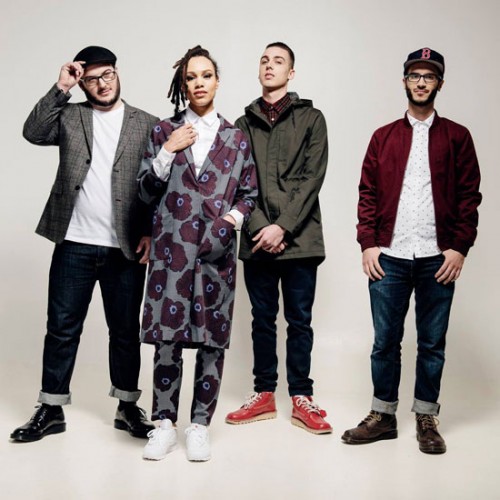 Formed while at school In 2007, The Skints have been mashing it uptown, downtown and all around with their phenomenal live shows distributing their sound of reggae fusion and punk with urban attitude and style. Their sound developed while playing squat parties and underground bars in unfashionable parts of London. In 2008 they released a six song EP and were picked up by the Hidden Talent booking agency. This led to tours with The King Blues, Sonic Boom Six and visiting US bands like The Aggrolites Voodoo Glow Skulls, The Slackers. They have since signed with The Agency Group and are supporting the likes of Sublime with Rome, Less Than Jake, Bedouin Soundclash etc as well as playing Reading, Leeds , NASS and other big UK festivals.

The Skints are constantly being played on the punk show on BBC Radio 1.They were invited to play the BBC introducing stage at Latitude festival and have also recorded a session for BBC Radio.