The “Or Die Trying Tour,” Pt. 1: Across California with The Holdup

SANTA CRUZ, Calif. — In the final moments before showtime at The Catalyst in Santa Cruz, Mike Garmany of The Holdup adjusts the glittery in-ear monitors that rest just a few centimeters above his signature shining cubic zirconia gauges. Along with the glossy lavender Squire Stratocaster guitar he’ll pick up on the way to the stage a few minutes later, the earrings catch more light than anything else in the room, reflecting back onto the assembled crowd of hundreds of fans passionately singing every word.

Not that this is anything new to Mr. Garmany, or the crack-team touring outfit rounded out by guitarist Grant Averill, bassist Justin Kastner, and drummer Eric Bumb. This particular night’s setlist was pieced together with cuts from The Holdup’s colossal catalog of over six albums, the earliest of which dates back to 2009, when Mr. Garmany himself was still a teenager, writing and recording songs in his bedroom in San José.

He is 28 now, and committed to the work, tackling songwriting with a dedication often veiled by extreme casualness in demeanor, perhaps the outcome of having relocated in recent years to the sunny South Bay beach region of Torrance, LA. On this most recent stint up and down the California coastline (unofficially the “Or Die Trying Tour”), for example, he frequently set up a mobile studio in hotel rooms, working on mixes or starting song ideas from scratch.

That he’s surrounded himself with like-minded creatives goes a long way towards explaining that kind of motivation and drive. When not on tour, Mr. Averill, Mr. Kastner, and Mr. Bumb all operate in separate areas of the music industry, working in songwriting, production, and live event management, respectively. Each one talks about the business of musical creation in a way that implies devotion & regime, while also managing to approach their own shows with the kind of nonchalance that can only come from being veterans of the road. Outside the loose guideline of the setlist itself, deviations during the concerts are unplanned; acoustic sets, encores, and wild onstage breakdowns (falling just short of guitars being smashed on stage) all come to life in the moment, unscripted.

They are deadly serious about their music, though, and that strange alchemy of pop songwriting. Conversation on the ride from Santa Cruz to San Francisco, for instance, is dominated by what can only be described as shop talk. In-depth discussion on Pro Tools plug-ins (some of them with names – Micron, Simplon, Saturn Distortion, Tube Screamer – that sound like Transformer robots), audio processors, and various other effects is the norm. When the van’s playlist shifts to the reigning warm weather king of style and swagger, Aftermath Ent. signee Anderson .Paak, Mr. Garmany, for one, is uninterested, adamant about the crucial nature of pop hooks. “There’s never a reason to not give me hook,” he declares, stressing that too many promising artists in the R&B vein fail to punch above what he terms “verse melodies” in their choruses. “[Grant] and I have this whole language around songwriting,” he says. “Sometimes I’ll bring him a melody I’m excited about, something I really fuck with, and he’ll just shrug his shoulders like, ‘Ehh, it’s a verse melody,’ and I’ll be like, ‘Damnit! Back to the drawing board.’”

The Holdup’s last full-length album, the Rootfire-assisted Leaves in the Pool, is the stuff of pop legend, the realized dream of marrying indelible hooks to bounce, groove, and enough adept guitar work that rockstar-esque musicianship can be realized in the form of a live band onstage. Its hip-hop influences manifest in deep kick drums, 808 bass, and rolling, pitched hi-hats, contributing to an overall atmosphere that wouldn’t feel out of place on a moody, layered Roy Woods or dvsn album, part of the so-called new “Toronto sound.” But where these R&B and rap records thrive on dark, murky canvases – often with “vibe” being the focal point – The Holdup’s music succeeds in its willingness to embrace the confection of pop songwriting.

Even as the California-bred pop reggae for which they garnered much of their early success has fallen by the wayside, what remains underneath are ironclad melodies (see: Almost Famous), lyrics both earnest and irreverent, and a concerted effort to subtly weave mellow guitarwork over increasingly electronic textures. Mr. Garmany doesn’t hesitate to acknowledge his fondness for John Mayer’s craft, hinting that sleeper hit “Nothin’s on Fire” was written as a stab at the sound of Mayer’s landmark album “Continuum.”

The Holdup’s most recent releases, however, are a decisive turn towards that siren song of polished R&B. It’s telling that, in speaking with stage managers during sound check before the San Francisco show, Mr. Garmany requests “nothing too trippy or super dry, more on the urban side, contemporary R&B kind of stuff” for his vocal mix. Backing tracks include harmonies, keyboards, and resounding 808 bass. Still, the merits are considerable. After all, this is music custom-made to soundtrack late night drives down the Golden State coastline, bass boosted in a car speaker system. Listening to single cuts like “Closet’s All Black” and “Acting Up,” you can almost feel, for a few minutes, too cool for California, vicariously fed up with the tropes of undue drama and insincerity, ready to push start some sleek, dreamed-up sportscar and disappear into the sunrise. Ghost riding a suicide door Lamborghini out from under the palm trees and neon lights might not be a reality, but in the music at least, the attitude’s all there.

Earlier in the tour, seated by a hotel room desk in Santa Cruz with Ableton Live open on his laptop, Mr. Garmany reflected on the ideal space for his music, the “new sound,” as he calls it. “I’ve always thought about how if I had unlimited resources I’d have a car that was in my studio,” he said. “I would bounce [the song] and then go sit in the car in the studio and listen to it. There’s just something about it – it’s just different.”

You can find snapshots from the “Or Die Trying Tour” below. Stay tuned for Rootfire’s full-length interview with The Holdup’s Mike Garmany, and be sure to follow the artist on social media for new tour dates, new music, and positive, inspirational captions under just about every photo. 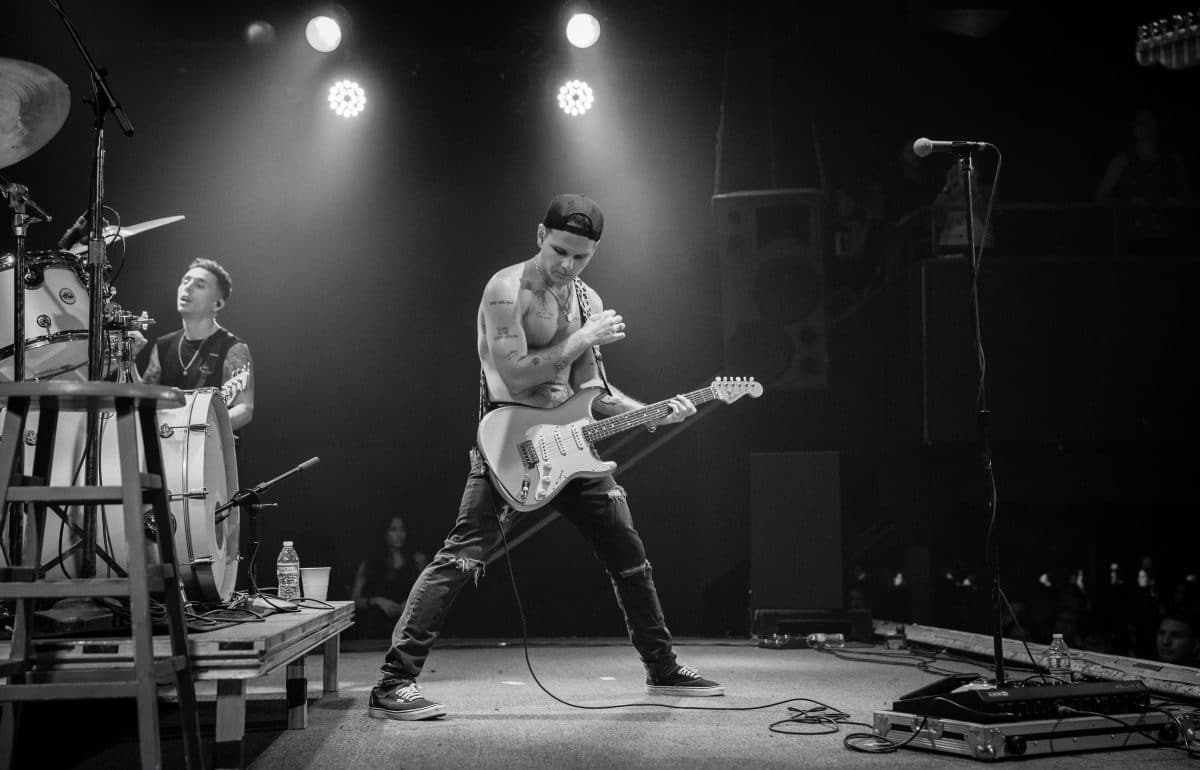 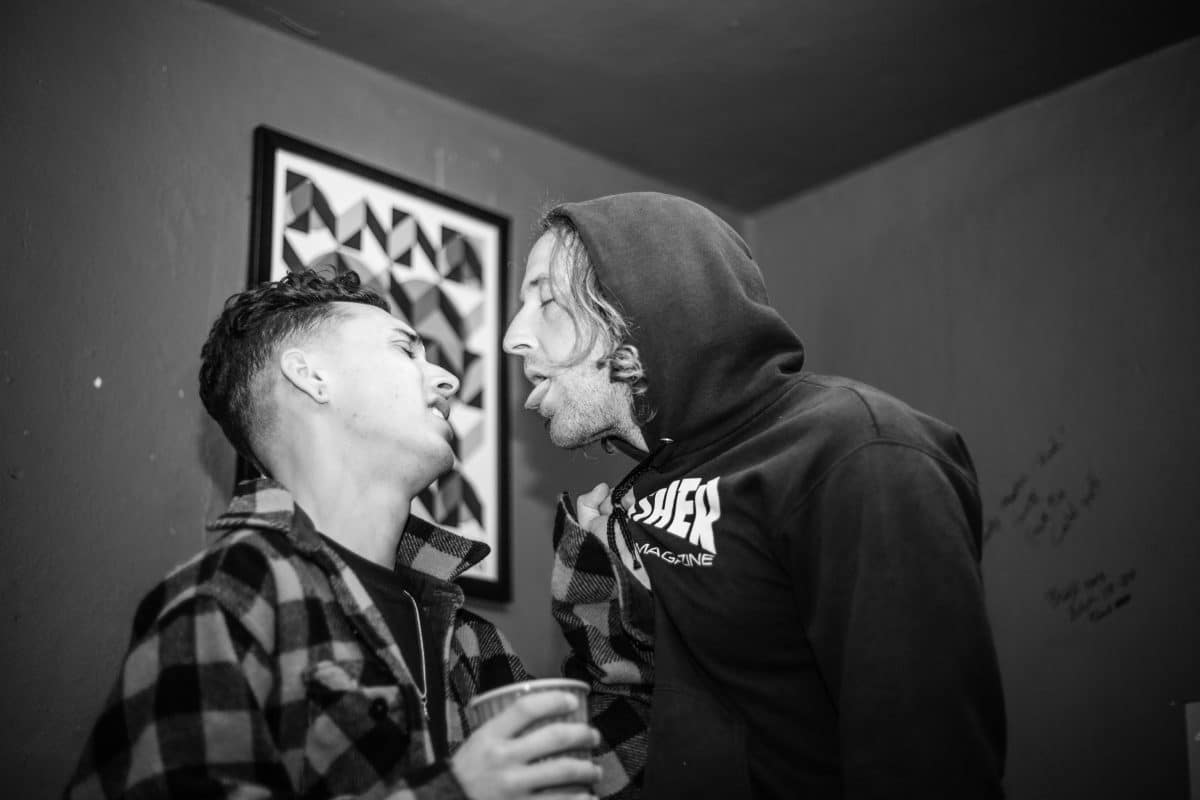 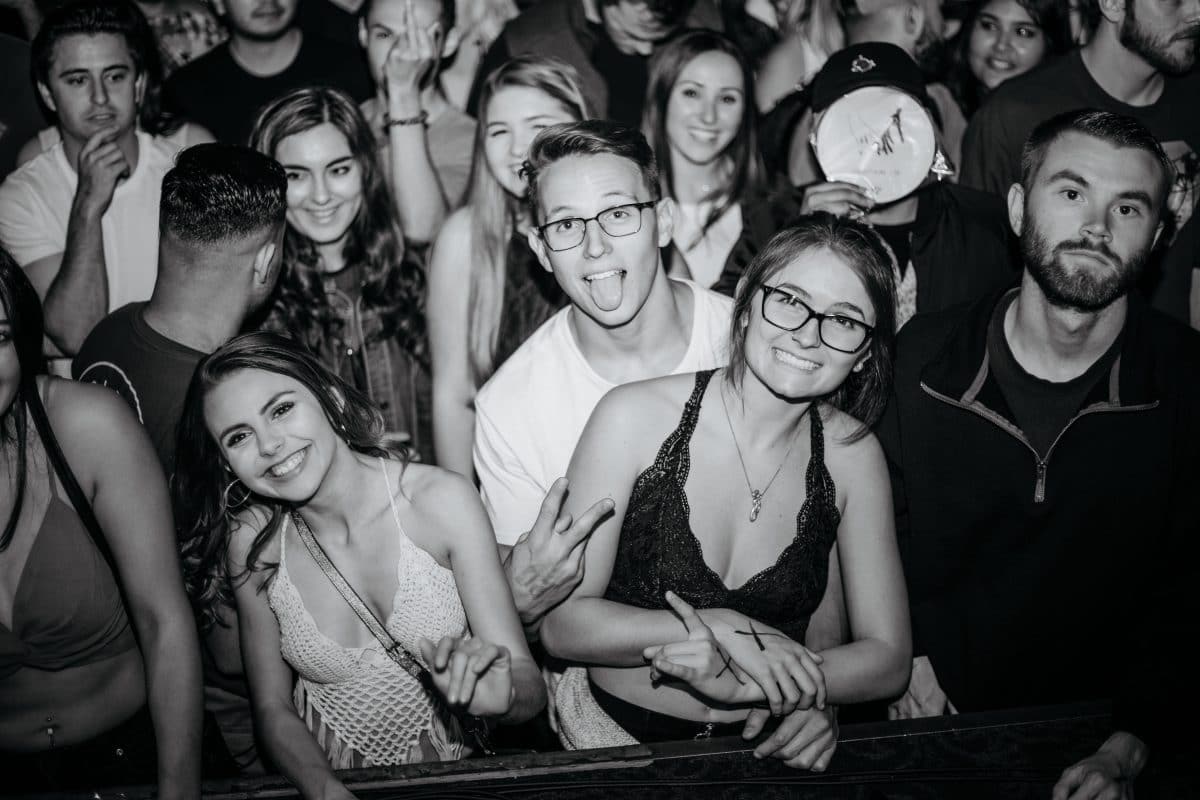 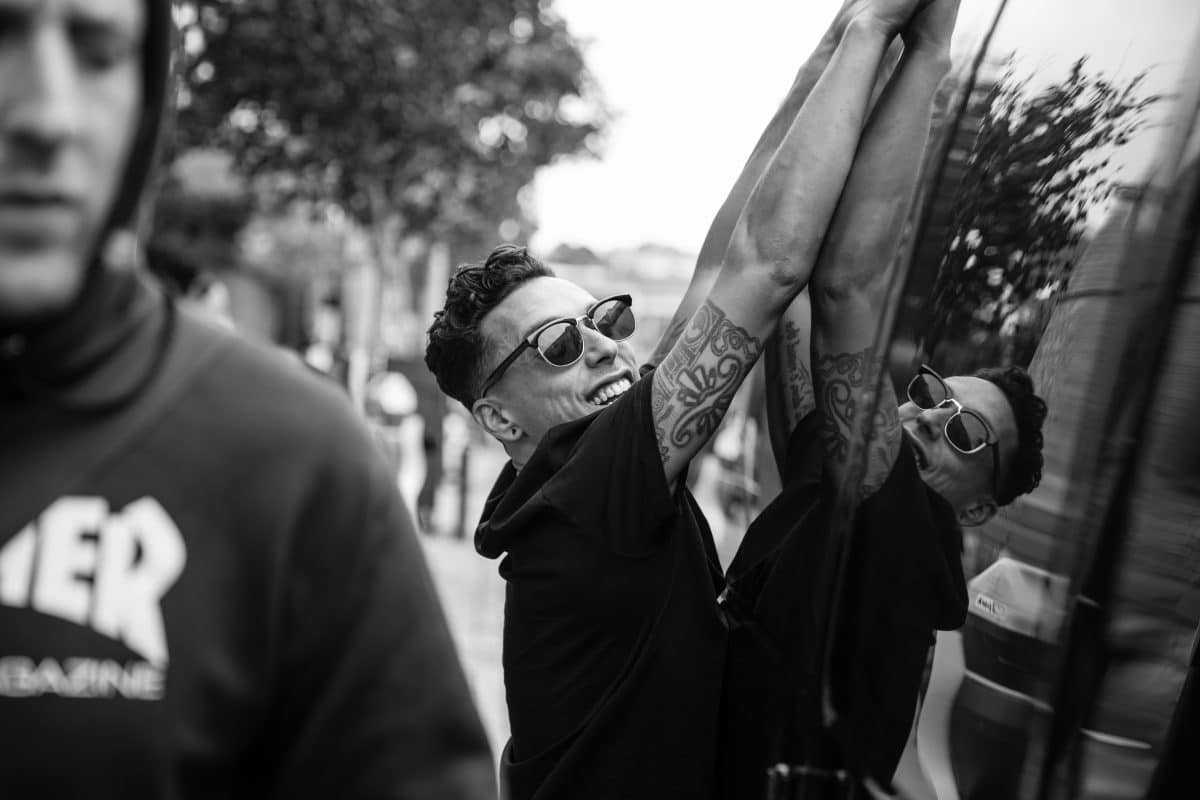 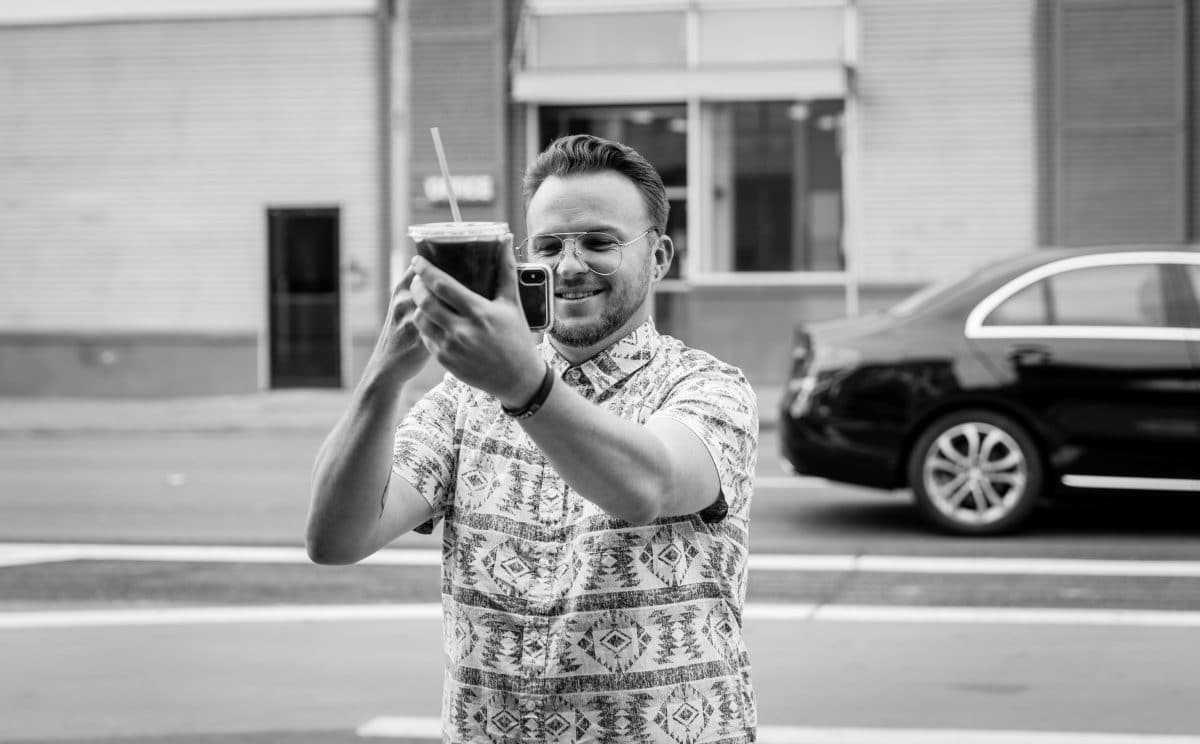 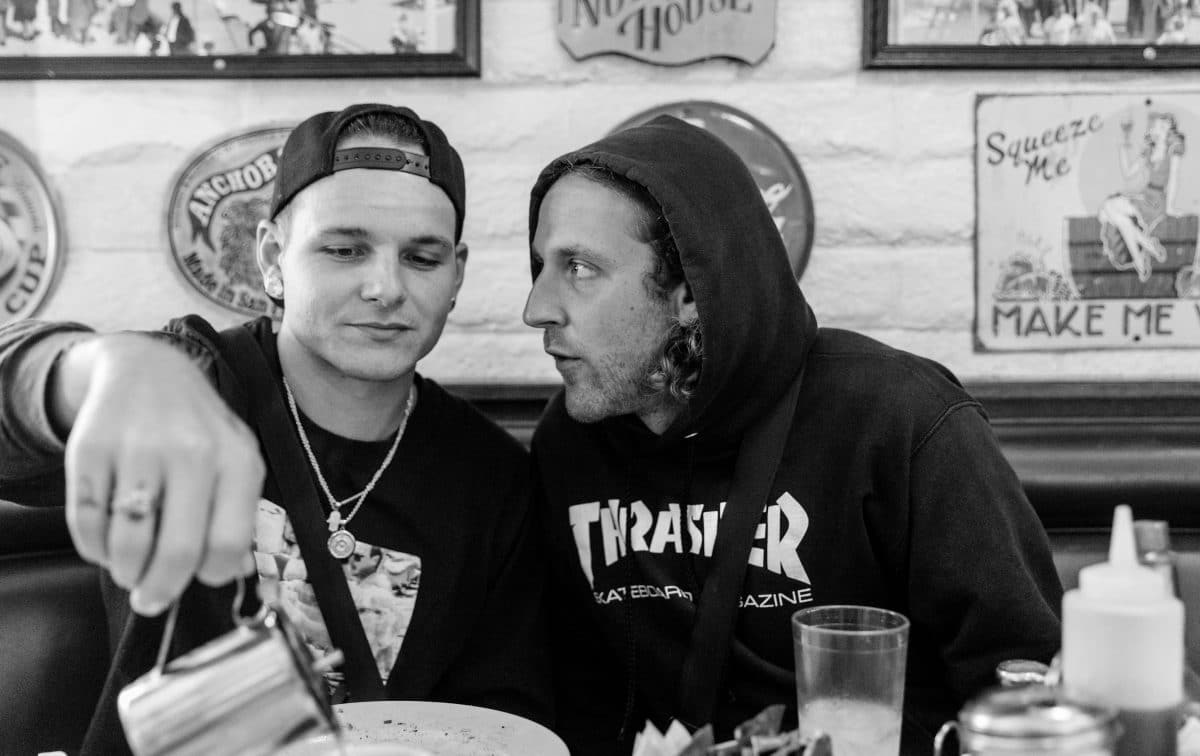 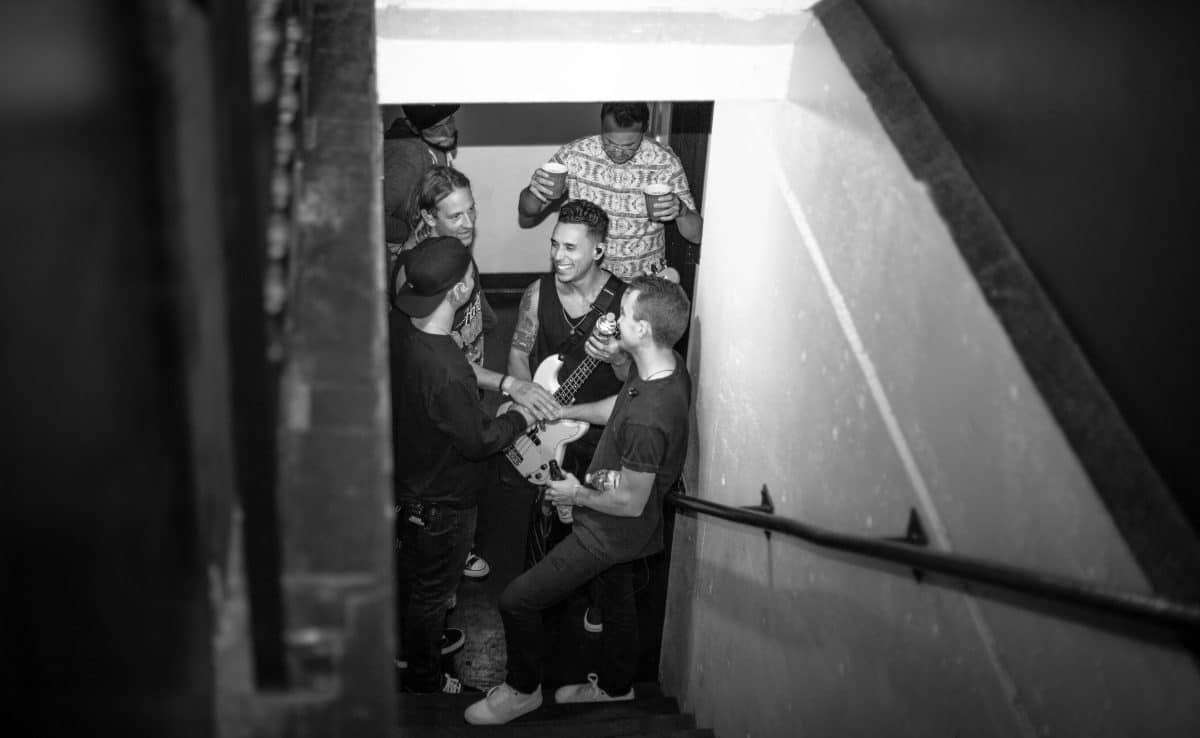 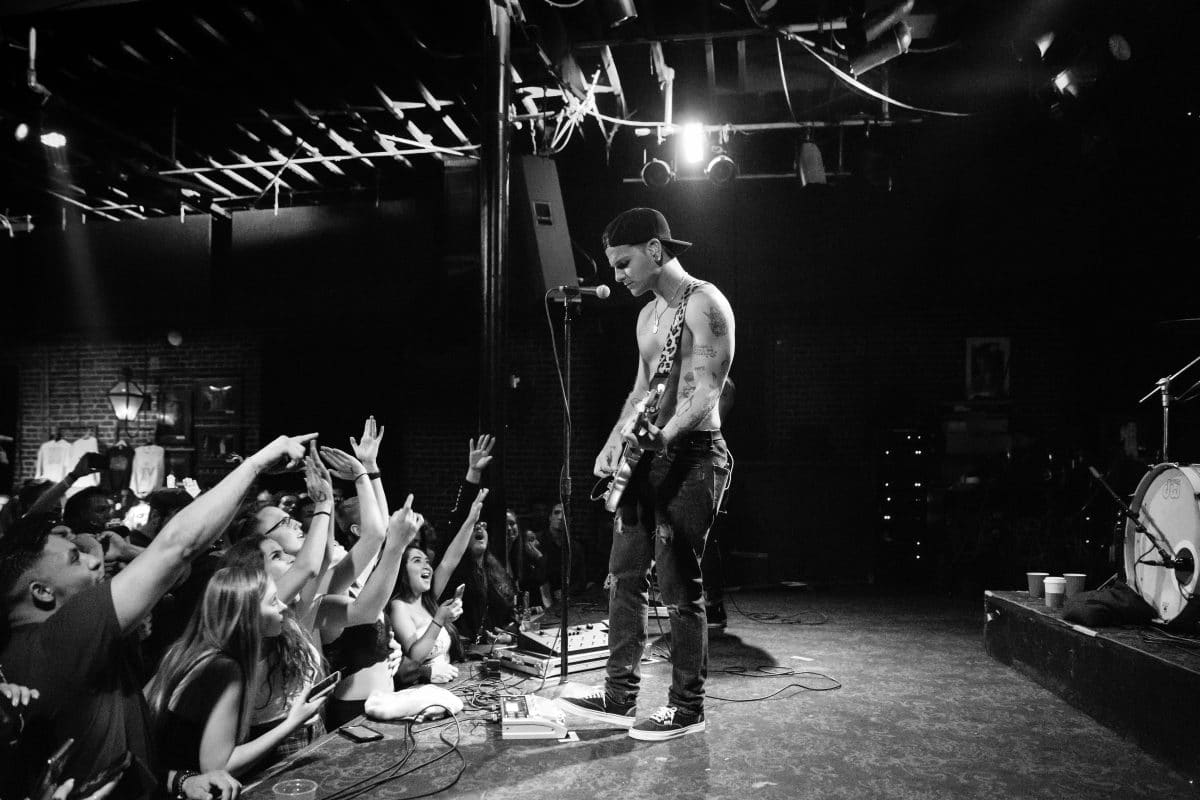 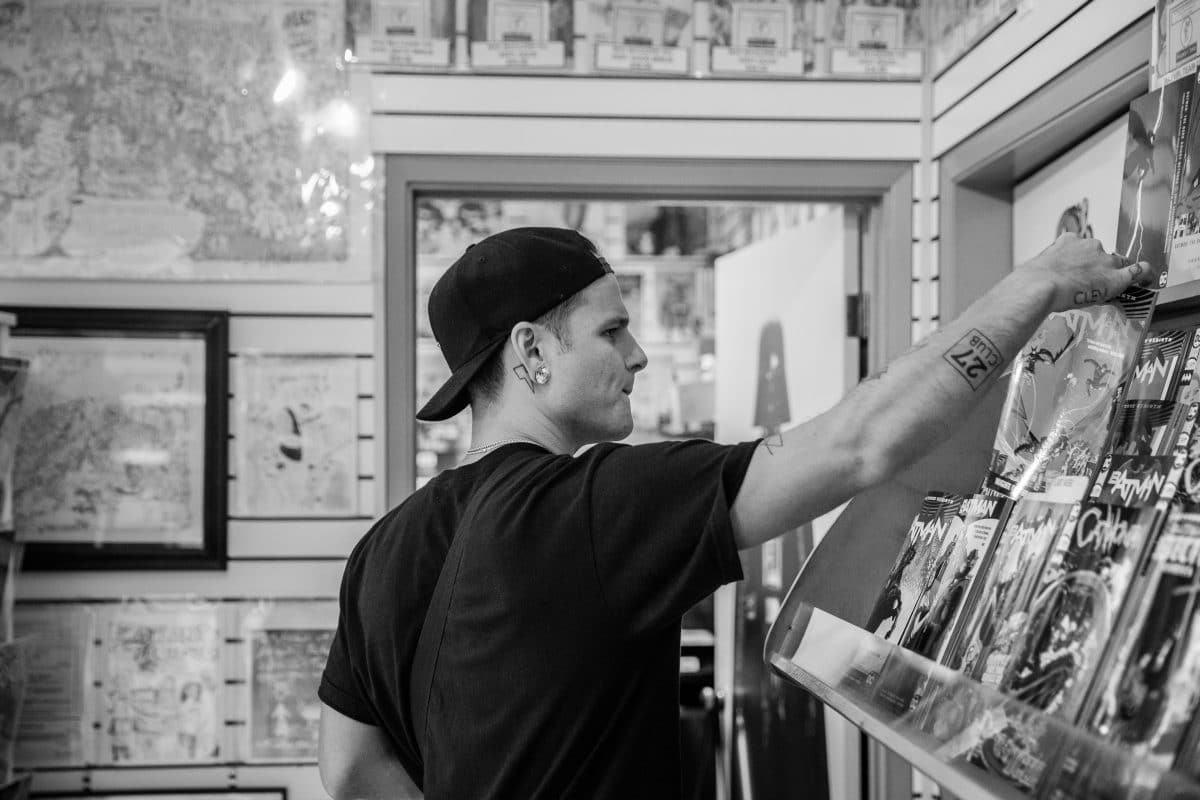 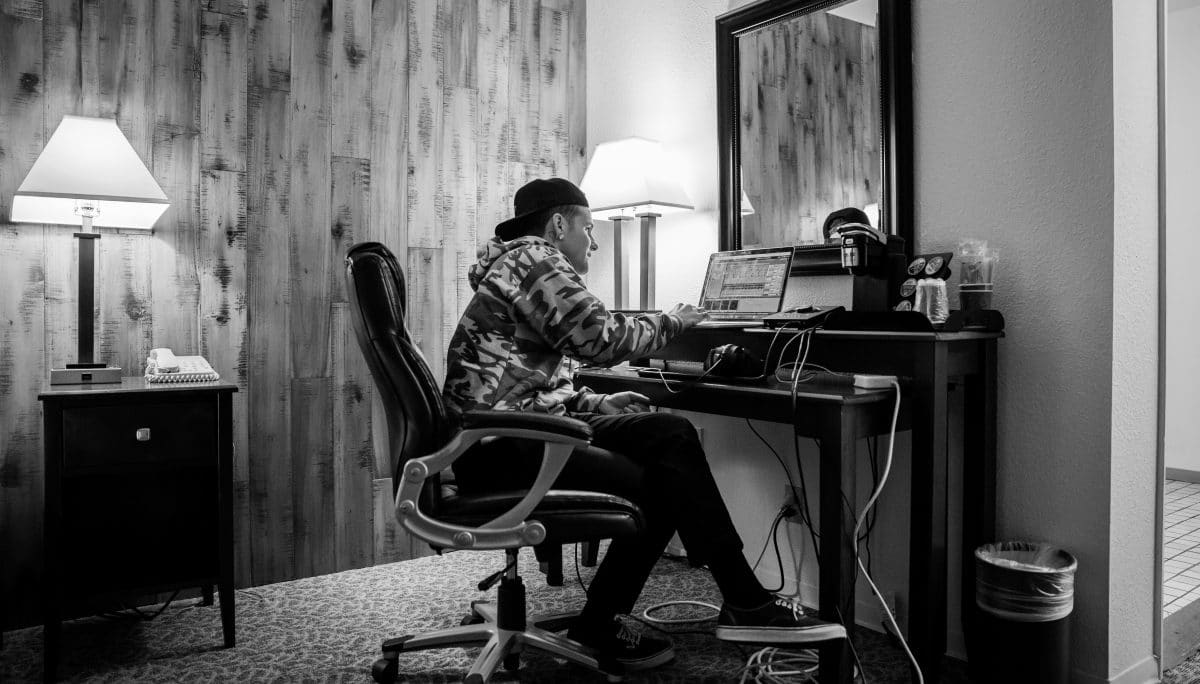 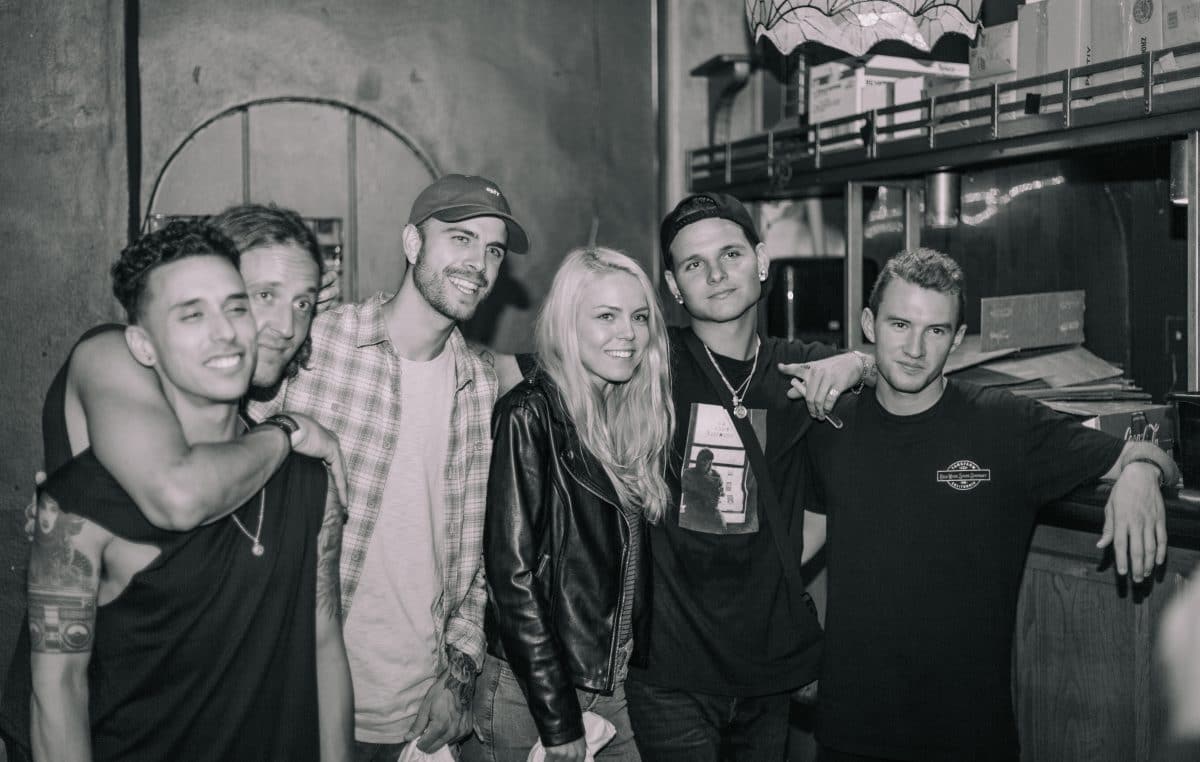 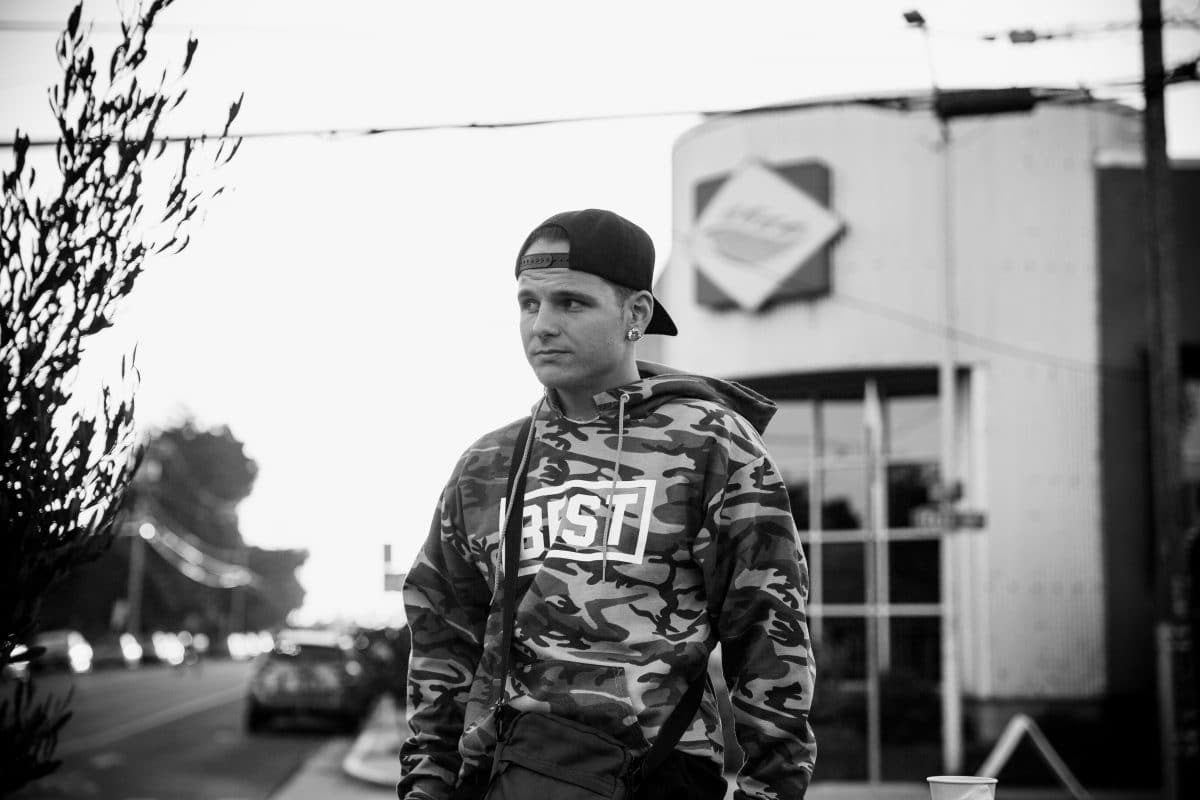 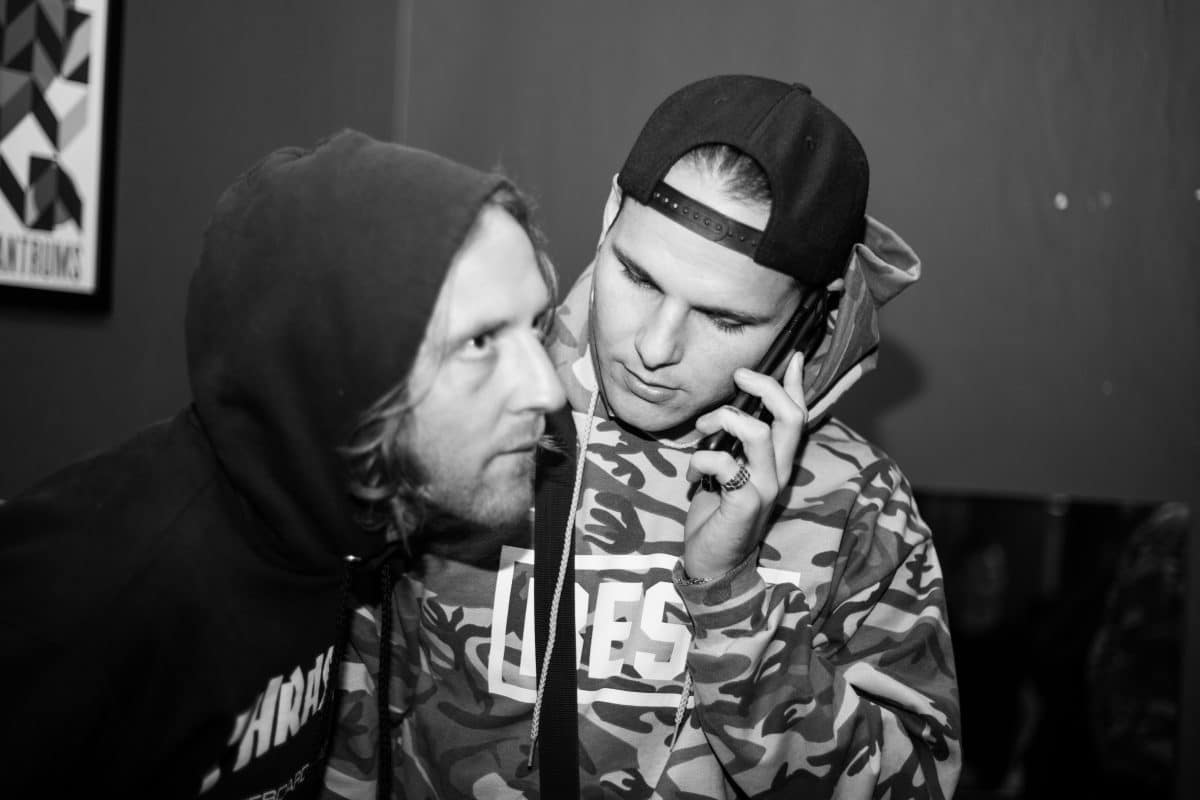 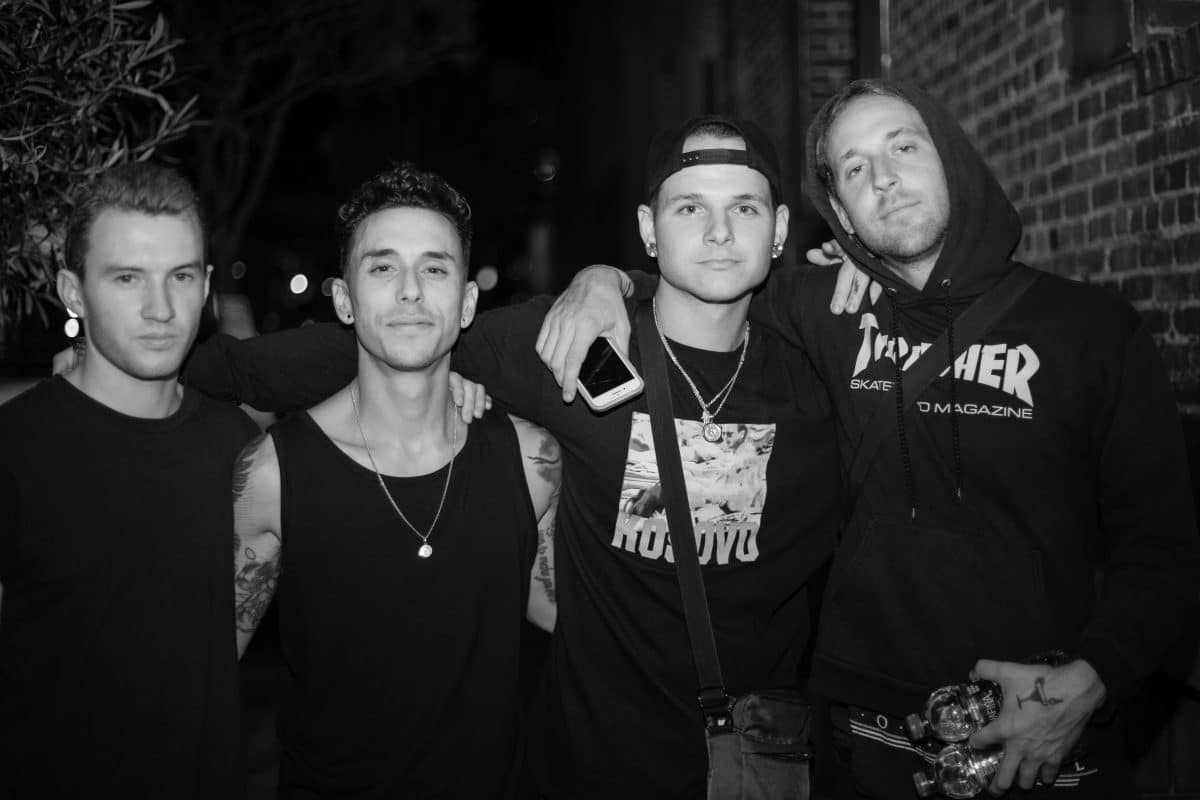 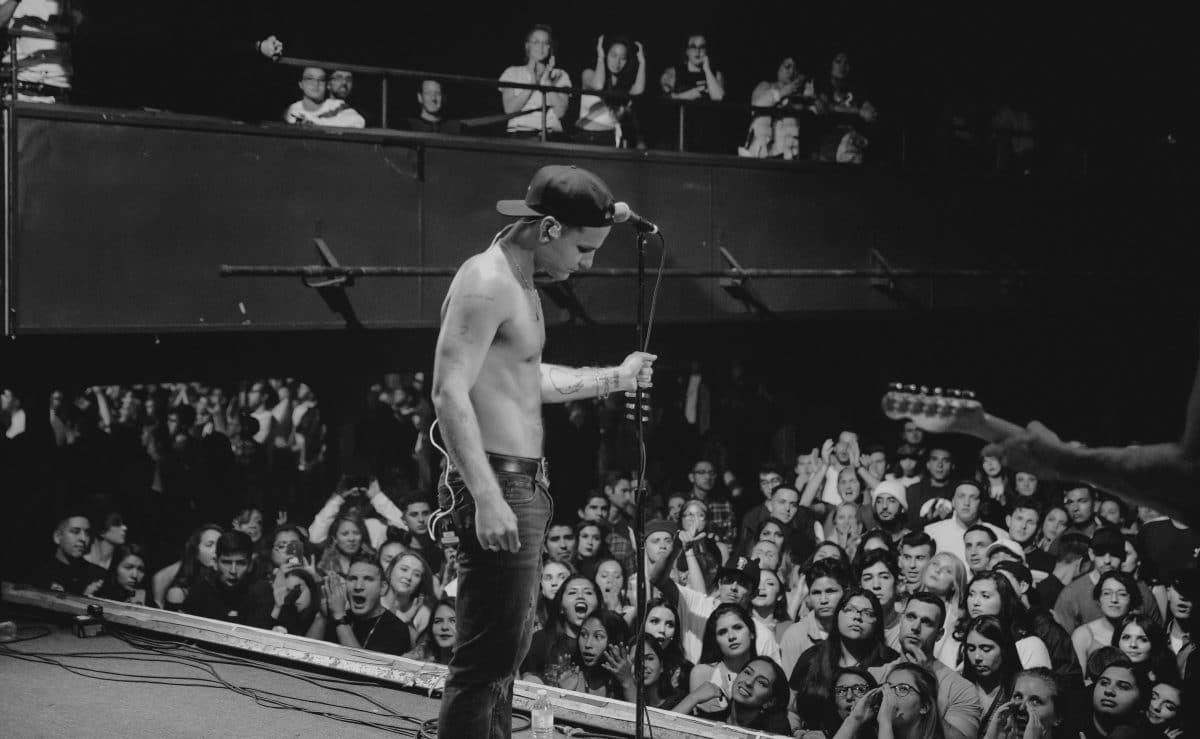 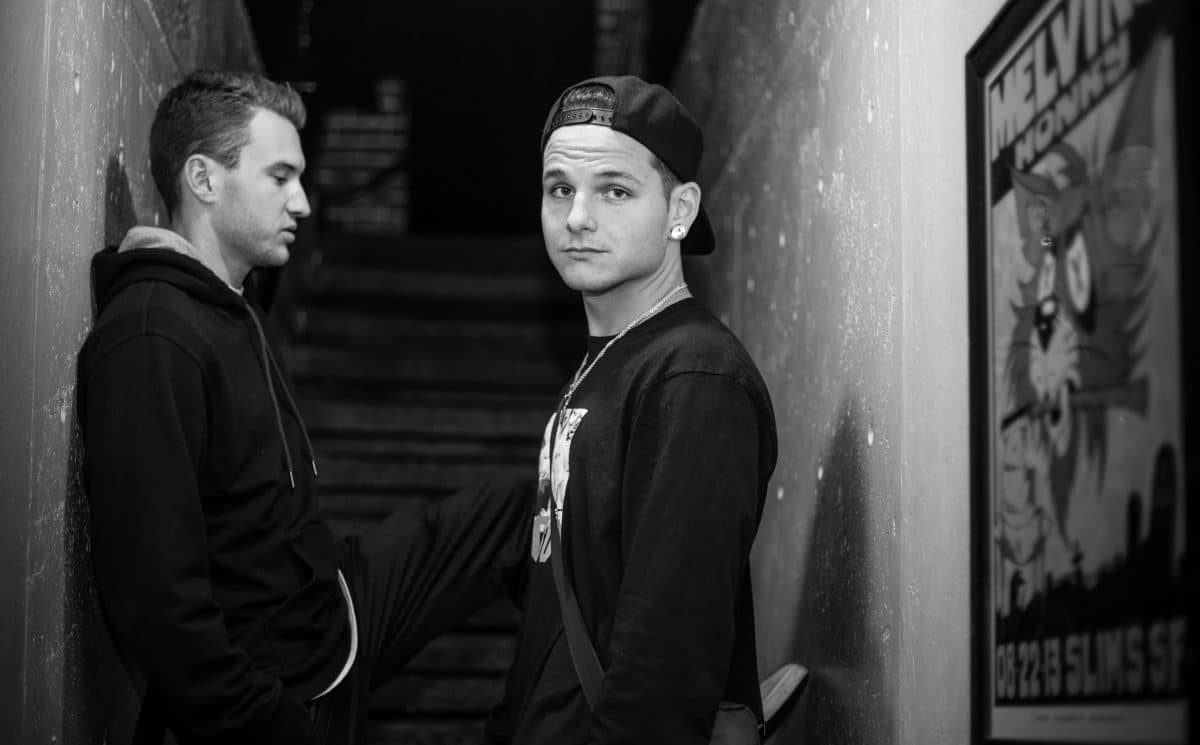 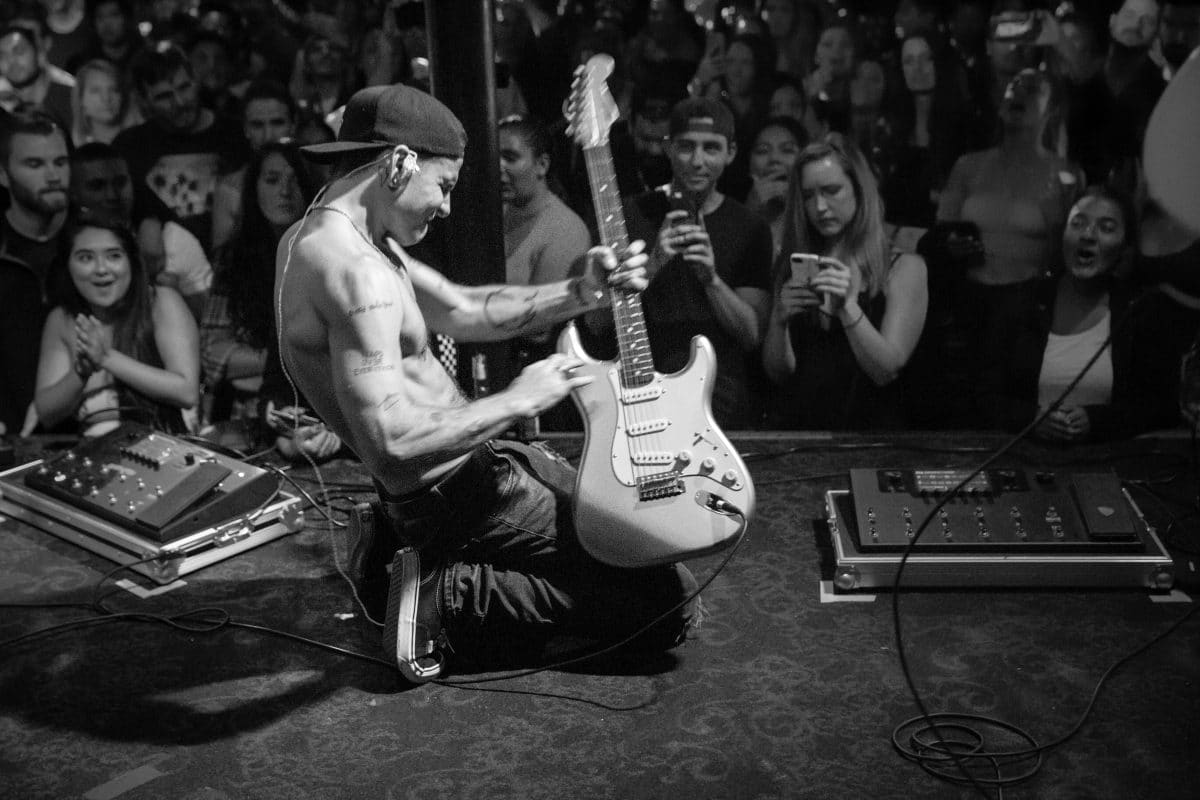 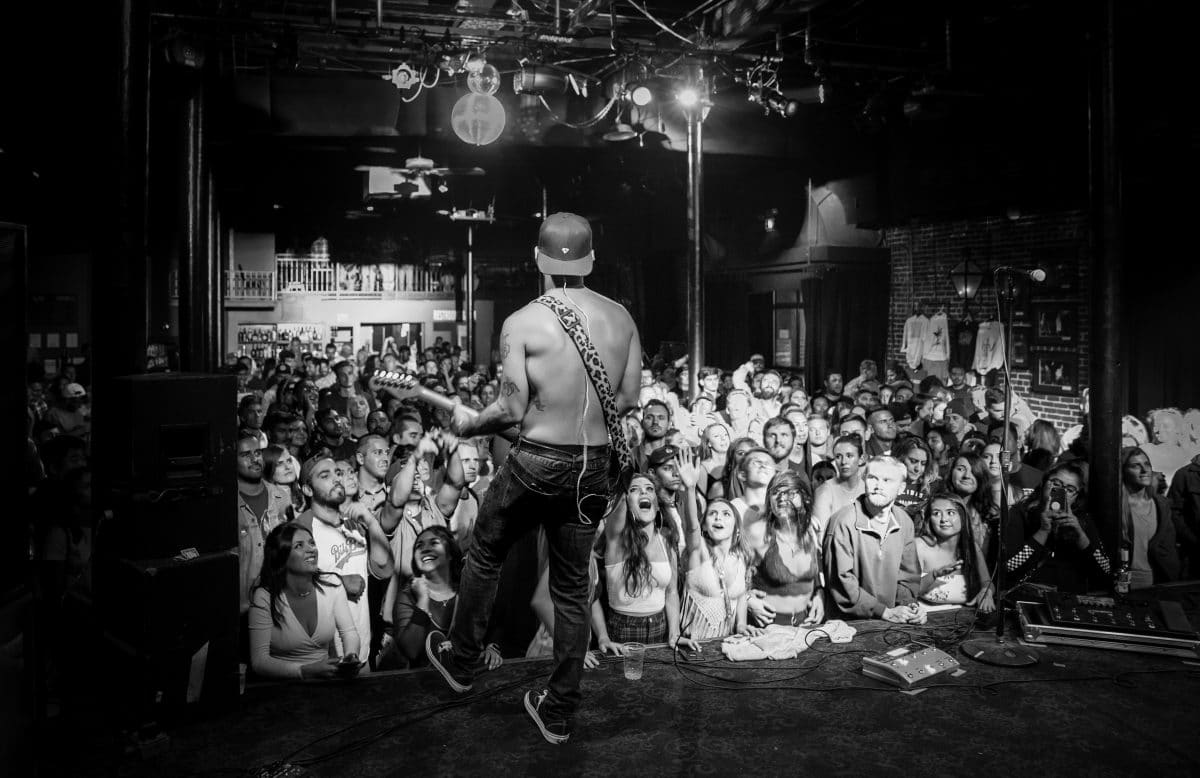 First Listen + Track Giveaway: The San Antones – Texafornia →
wpDiscuz
We use cookies to ensure that we give you the best experience on our website. If you continue to use this site we will assume that you are happy with it.Ok