The NorVa and Stick Figure 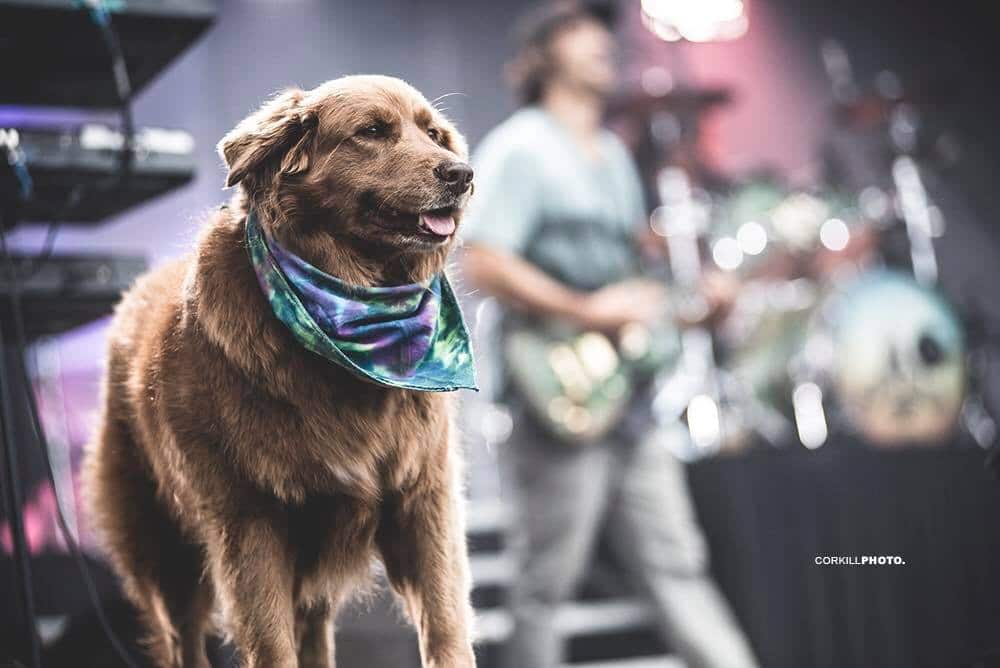 It’s late and I’m making the windy mountain drive home. Light patches of fog appear and disappear like phantoms, while Set in Stone bumps on the stereo, adding to the magic of the late night commute. “I’m wishing…I’m wishing right now I’s fishing….” Deep into the canyon there’s movement on the road. Two creatures caught in the headlights freeze as I come to a stop. Dual, lightly spotted, young, bewildered but trying to play it off, juvenile mountain lions stare in through the windshield, asking why I’m driving on their road. The moment is brief, timeless, and special. “Just a little bit longer, a music making us stronger….”

Stick Figure’s music is special. Heavy bass, slow, steady grooves, relatable lyrics, and oh so much delicious reverb. Fans love Stick Figure. Step into a Stick show and the excitement is tangible. Everyone knows the words. And the band loves the fans right back. But what often sets shows apart for any performer is the venue. Sometimes a venue sticks out because of the tiny staircase leading to the stage, or the shape of the stage itself, or a chandelier, or the green room. Oftentimes a venue’s reputation precedes itself, and that alone has the band primed and ready for a great show.

Enter The NorVa in Norfolk, Virginia. Voted the #1 venue in America by the Rolling Stone Readers’ Choice Poll, this spot has just as strong a reputation amongst performers as it does readers of Rolling Stone. We had a chance to shoot the breeze with the folks at The NorVa about the upcoming Stick Figure show on June 15. Here’s what they had to say…

RF: How long has The NorVa been in business?

RF: What have been some of the most memorable shows, for better or worse, over the years?

NV: James Brown, Kanye West, Willie Nelson, BB King, so many legends have played at The NorVa over the years.

RF: The NorVa’s green room is widely referred to as “the best backstage ever”….was that by design, or did you just happen to have things like a hot tub and sauna in the building when you decided to turn it into a backstage area?

NV: Before The NorVa was a music venue, it was a Vaudeville theater until the 1970’s. It then turned into the Downtown Athletic Club which closed in the 90’s. The NorVa was then purchased and renovated by Bill Reid and Rick Mersel and made into the music venue it is today. The hot tub and sauna are in the headliner’s dressing room–which was previously the ladies’ locker room when it was the athletic club. There is also a basketball court, and our rec room is filled with arcade games (pinball, donkey kong), a pool table, and a jukebox all on free play. 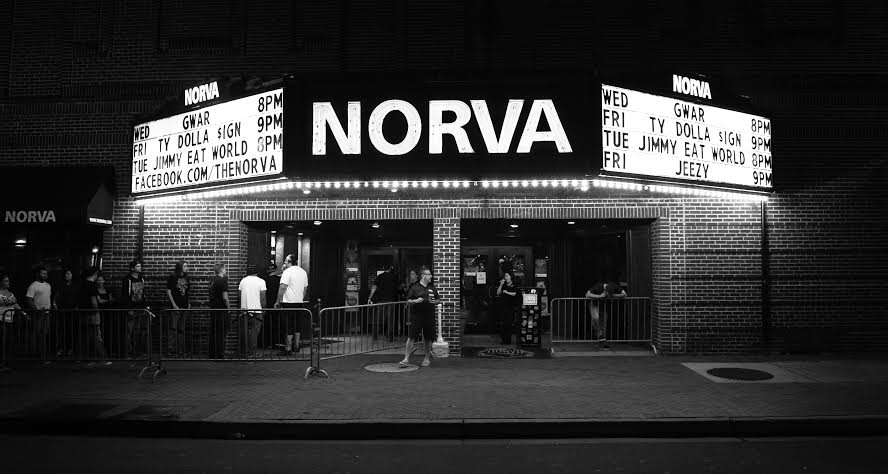 RF: How does reggae music stack up against other genres at The NorVa? Better or worse, or does it depend on the artist?

NV: Southeastern Virginia is very much a beach area. Surf and skate culture matched with good vibes make it a great area for reggae music.

RF: Stick Figure is one of the hottest American reggae acts on the scene right now, and it will be their first time headlining the venue. How do you, as a promoter, know when an act is ready to headline The NorVa?

NV: We look at a number of things, but one thing we look at is the reaction of the crowd after a band has played the venue. If the fans want them back, we take that into account! There were a number of requests for them to come back after they played here with Slightly Stoopid in 2015.

RF: Any final words for Stick Figure fans out there looking forward to this show?

NV: Stick Figure puts on such an incredible high energy show, come out and see them live with their awesome tour dog Cocoa!!!

Lucky enough to be in the vicinity of Norfolk, VA? Enter below for a chance to win a pair of tickets to the show.

For the rest of us, check out the Rootfire Concert Calendar and find a spot to catch Stick Figure this summer near you. 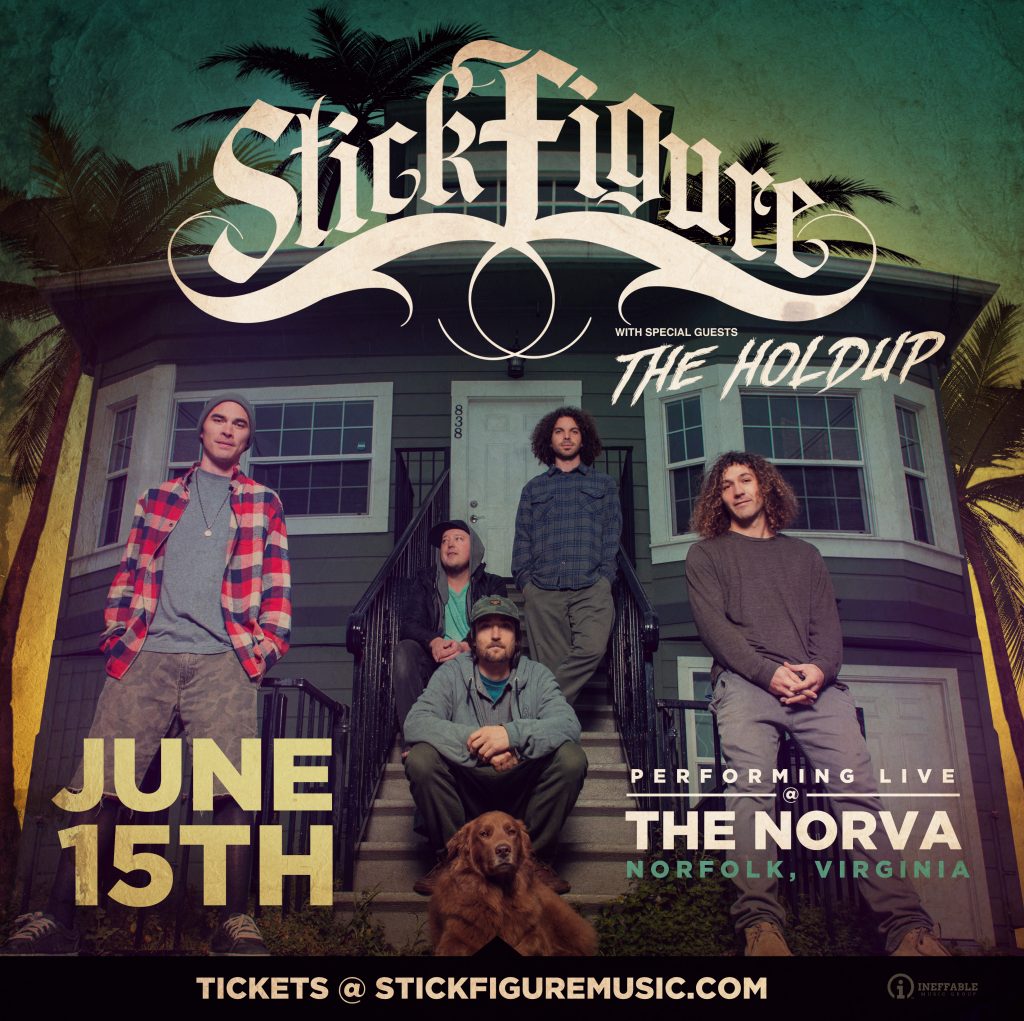 The Black Seeds Return to North America →
wpDiscuz
We use cookies to ensure that we give you the best experience on our website. If you continue to use this site we will assume that you are happy with it.Ok