Part 1. Harrisburg is coming up. Chris and I were pulling into the central Pennsylvania city a bit early. I knew Harrisburg to be a beat town. Dead. Void of progressive culture and youth. American decay abound.

We were on our way to play at the Abbey Bar at the Appalachian Brewing Company. Not for the first time, but the first time in a long time. My past understanding was that it was a nice venue trying hard in a tough place. I fondly remember the guy who used to book us. Jersey Mike. Not the first Jersey Mike I had met in my life. It seemed that there was a time and a generation that if your name was Mike, and you were from Jersey, but had moved to a different state, you were undoubtedly given the name….well, you get it.

Jersey Mike was an unbelievably sweet guy doing the rough job of trying to entice bands to stop in Harrisburg. He wasn’t from there, but he had committed himself to making it better. I distinctly recall him trying to convince us to do a weekly residency. 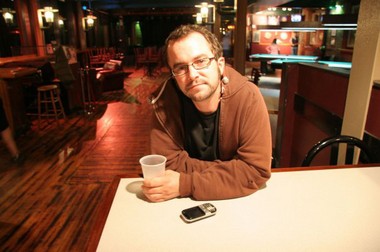 “Harrisburg is a perfect location man! We are 3-4 hours from everywhere! You come here on a Thursday and you go west, then the next week you go south, then you go east. It’s perfect!”

I remember laughing on the inside. It was actually kind of cute, him passionately trying to sell us on Harrisburg.

I full well knew it was never gonna happen. We would never be returning weekly. We never had much success there. The shows were not well attended. Merch was rarely sold. We tried. They tried. At the end of the night though, everyone would be underwhelmed. After that conversation with Jersey Mike, we didn’t return.

Part 2. Chris is a man of vice. Traveling around with him for a few decades now has made me one too. Our tastes have become refined. We like our coffee fancy. Some call it science. Enough grey gas station coffee inspires you to seek out the greater source of caffeinated buzz. How much better can it get might you ask?

We could consider ourselves in the midst of a coffee revolution. A revelation, if you will. Those on the hip call it the 4th wave. The degree of transparency through the supply chain is unparalleled. Coffee shop owners are going directly to the farmers of the bean, taking great care to trade fairly and be thoroughly educated about the growing process from the ground to the cup. There is an openness to educate the coffee drinkers as well. More and more we become one and the same. We drink, roast, brew, and trade coffee secrets together. Coffee that is cared for, like anything, rises above the rest. Gone are the days of freeze dried Folgers and  burnt coffee makers. For me at least.

I had a brief stint living near Harrisburg a few years back. My biggest complaint at the time? No where to get a good cup. Coffee would be made at home, or not at all. So, much to my surprise, as we pulled into Harrisburg, Chris effortlessly pulled up a fancy five star coffee spot on Yelp! and began navigating towards it. 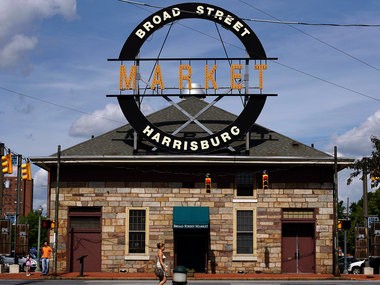 Searching on foot, we stumbled into the Broad Street Market. It’s a lively old building of indoor public space. Vendors were lined up selling African food, Jamaican food, Amish pretzels and pickles. Down the aisle we found a booth where a young woman was serving up science in single cup pour overs.

Elementary Coffee Co. was the name. I looked around wide eyed. How had I missed this during my central PA residency? This was the culture I had been seeking. The benefits that hipsters and millennials are bringing to urban spaces nationwide.

“How long has this been going on?!” I asked the Barista.

“Well, this is actually the oldest indoor public market in the country” she said. “But we all got it back up and running about a year and a half ago.”

I was reassured. It wasn’t me. It wasn’t there. This movement is fresh. I see it in all the most beat cites we pass through. It’s happening big time in my born town of Rochester, NY, my new town of South Bend, IN, and down here in beat town Harrisburg, PA. Young people are claiming urban spaces and making them better. Habitable. The undesirable spots of past glory are open canvases for small business.

People are putting care and quality into the goods. Broad Street Market is advertised as a source for locally-grown and organic produce, meats, baked goods, and freshly prepared meals. Hallelujah! An oasis for tour veterans such as ourselves.

“Hey, what is a must try snack around here? Like what should we not leave without getting?” Chris asked.

“Well it depends what you are into, but the Iraqi girl next door makes unbelievable donuts, and that’s my suggestion” 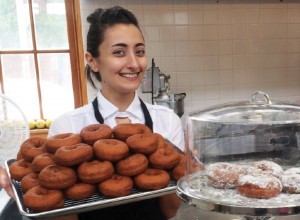 We step aside to the next booth. There are two donuts left for the day. They are beautifully crafted old fashioneds with sprinkles of pretzels and chocolate. They cost $2 each. The fact that this young woman had almost sold out of her $2 donuts for the day was a statement. Evanilla was the name.

You know what? They were incredible, as advertised by the neighbor. I also bought a handmade valentine of original art for $5. The quality of everything was obvious.

The donuts and the coffee were the best Harrisburg had ever had to offer me. I was beyond impressed. I felt saved. I felt reassured about our country and our generation.

Part 3. The show followed suit. Huge success. Many enthusiastic fans came out, danced, sang with us, and bought merch in full force. It was a total turnaround. This was the vision that Jersey Mike had. I figured I would have run into him, but he had been absent throughout the night.

Before we stepped on stage,  I asked the sound engineer,

“Hey when we used to come here, this guy named Jersey Mike booked us. Where is he at?” 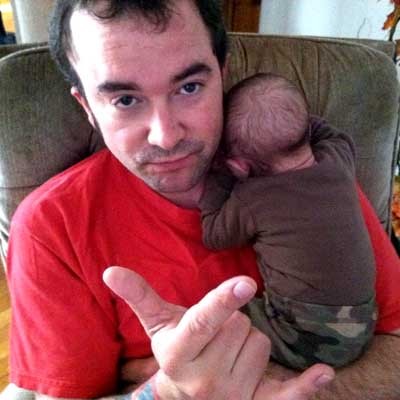 It hit me like a tidal wave. Harder than I would have ever imagined. As young people getting older, we all run around doing our thing, and we just assume that everyone else is too.  Whenever Harrisburg was mentioned in a gig offer, or I drove by it, Jersey Mike always popped into my head. I imagined him grinding away at the Abbey Bar trying to make Harrisburg happen. I would have never thought him to be dead.

And that’s real. People die. I was told the club was having a benefit for his family the next week. He left behind two children. The love for him resonated throughout the night as we mentioned him on the mic. I barely knew the guy, but I was distraught. I wanted to share in the glory with him. I was so proud that his vision had come together. Harrisburg was happening. The shows were awesome. Young people like him had been working for years to make it a better place to live, and they were succeeding.

It was a dose of the real. Good things are happening. Recognize it. Be a part of it. The future is now. Time to get living and appreciate what you’ve got. Enjoy your coffee. Enjoy your friends and family. Put in the time, and put in the care. Be fair, and this life will be more enjoyable by the second until the clock runs out.

Ranking Roger & Blue Riddim Band Collaborate On “Nancy Reagan” – The Story Behind An Overlooked Protest Song Of The 80’s →
wpDiscuz
We use cookies to ensure that we give you the best experience on our website. If you continue to use this site we will assume that you are happy with it.Ok