When I was 17, September 11th came, and then America went to war in Iraq. I was still in high school. We drove around a lot after class. Our eyes were red. I remember looking out the window and one day, suddenly, American flags were everywhere. It was on the bumper of every other car I drove past that day, and I noticed an American flag painting leaning against a table at a garage sale and immediately pulled over.

I walked up and asked the white-bearded man how much he wanted for the painting. He had a puzzled look on his face, and thoughtfully waited before responding, “Give me five bucks and it’s yours.”

I was the youth—too young to vote, too young to go to war—driving around after school like he probably had, like my kids probably will. I wonder if he was thinking about that.

I could tell that he liked that I was into the painting, and I was convinced he wanted me to have it.

Half my life later, I have two kids of my own. The painting is with us, hanging in the living room.

Every time I look at it, it gives me the vibe. Hard lines, big drips, and melting colors. When I really look at it, I think about our country, and about the world. I think about what a wild and crazy place we live in, and how it can change in a moment’s notice. I think about people on the other side of the world that we effect, and know they can’t control it. Can we control it? I think about rich people. Poor people. Revolution.

Then I come to, I open the fridge, and I make my boys a grilled cheese. I give them a glass of clean drinking water. They have no idea how lucky they are, yet. I am just starting to.

Today is Super Tuesday, change is thick in the air. Go make it right; go make it better. 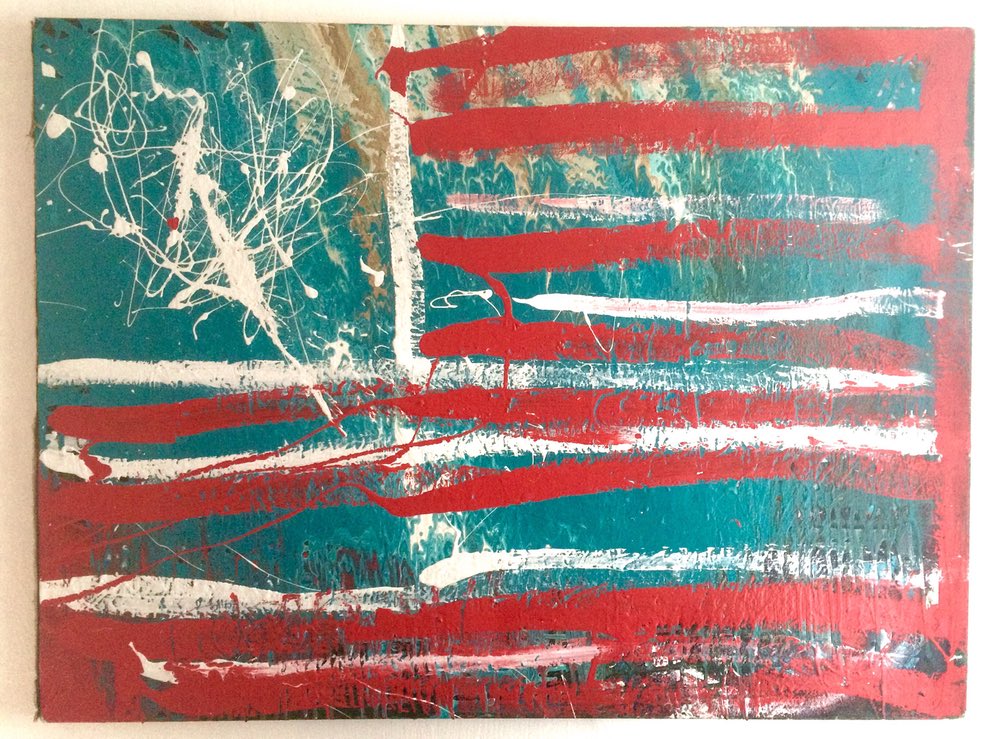 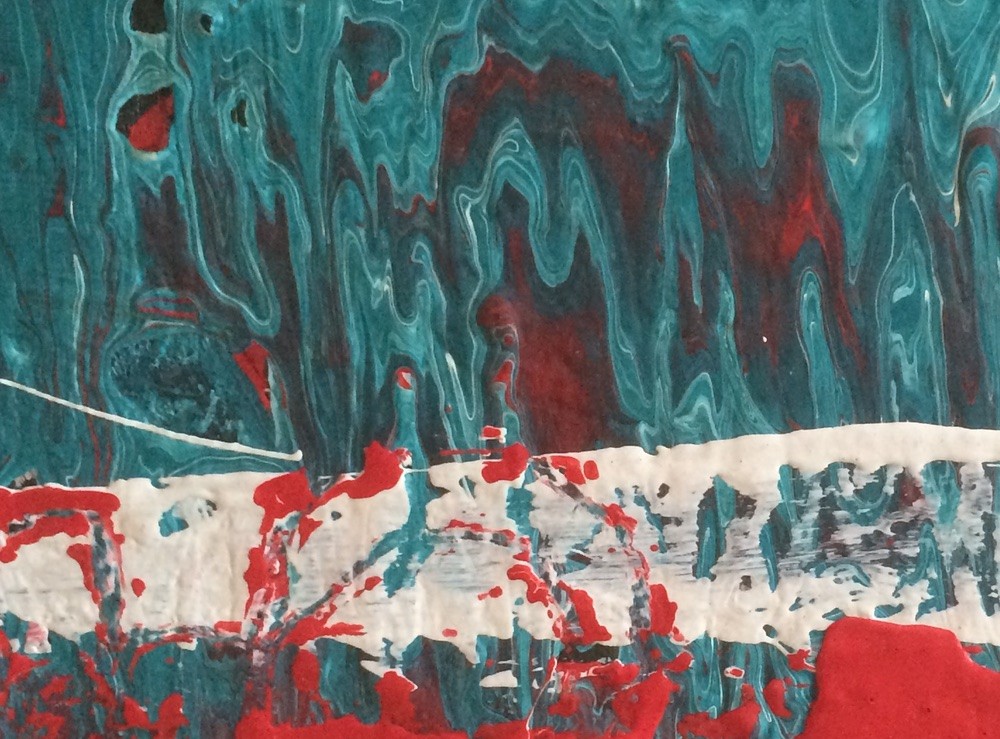 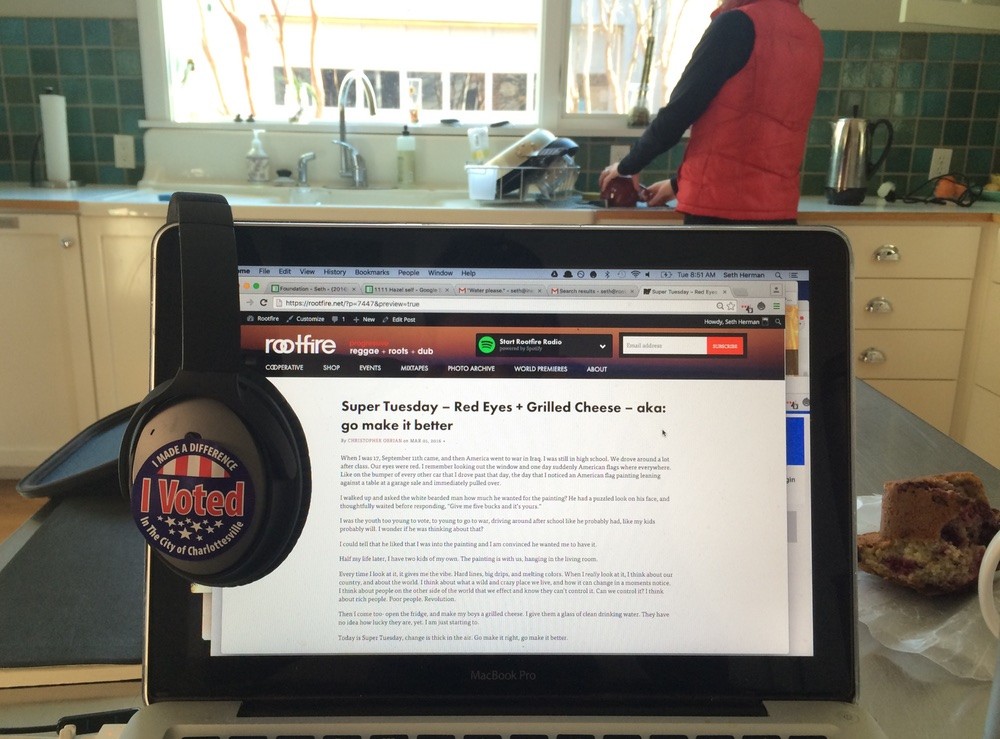 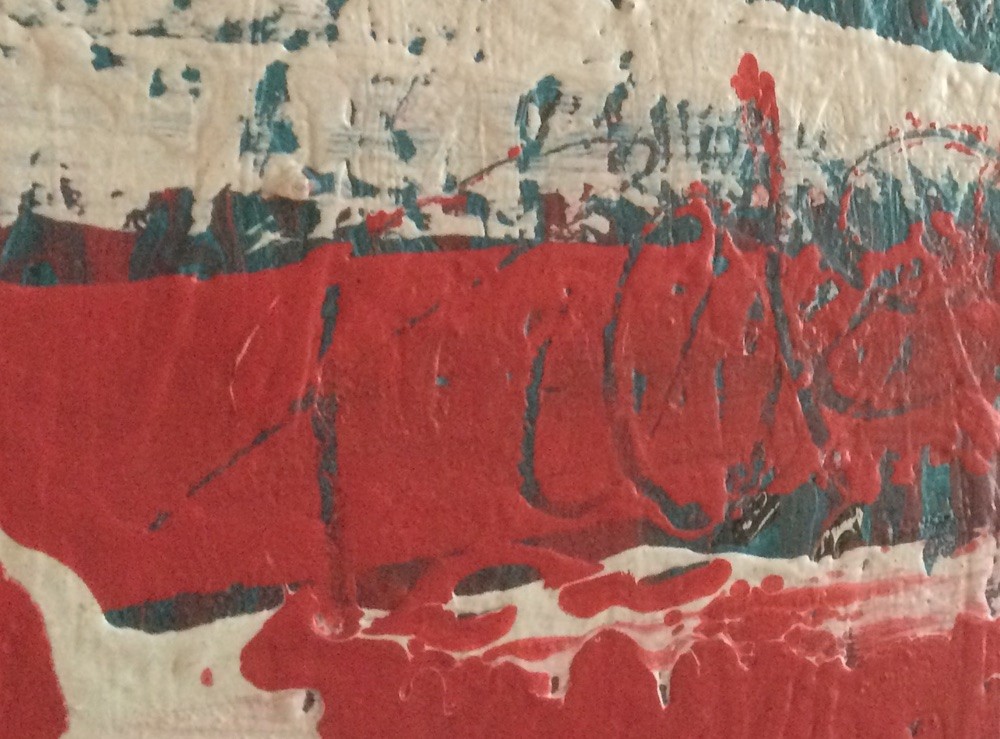 ← Dancehall and the Golden Hearts Tour