Road to Reggae Rise Up: Eric Rachmany of Rebelution

By Reid Foster on Mar 07, 2019 •
Reggae Rise Up Florida is just over a week away and nearly sold out. Recently nominated for “Best Emerging Festival” by USA Today’s reader’s choice awards, over the last few years RRU has grown to become one of the premier reggae festivals in the United States. The setting is serene at St. Petersburg’s Vinoy Park, right on the downtown waterfront, with a plethora of hammocks in the shade and a constant coastal breeze set the vibe. Reggae music, art installations, games, and craft vendors will entertain upwards of 12,000 attendees per day.

Rootfire recently connected with Eric Rachmany of Rebelution, who will be closing out the festival on night three, to reflect on their path to becoming one of the heaviest-hitting reggae bands of a generation. Enjoy! 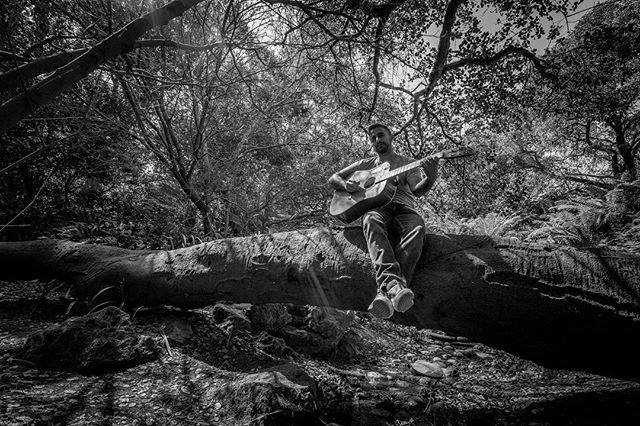 Rootfire: When did music first become part of your life, and when did you realize it was your path?

Eric Rachmany: Music has been a part of my life as far back as I can remember.  Some of my earliest memories are playing the piano at my house at the age of four or five. Back then I always felt like my musical compositions would be heard someday but I never knew what it would take to get the music out into the world.  I suppose music has always been my first love and the path I wanted to go down.

RF: In the last 8 months alone you’ve released a full-length album, Free Rein, followed by an amphitheater tour, followed by a 13 LP Box Set, your inaugural Bright Side Festival in Jamaica followed by a winter tour, and you’ve just announced the Good Vibes Summer Tour 2019. In other words, Rebelution’s productivity and output is uncanny. Looking back on your career up to today, was there ever any one moment when things just clicked and began to flow?

ER: Everything happened so gradually. There was never a moment where I was taken aback by success.  Nothing happened overnight. It took playing over 150 shows a year to get the music out there. I was having fun then and still enjoy playing today. Everything has always flowed the way it’s supposed to.

RF: The Bright Side Festival partnered with Rockhouse Foundation, a non-profit devoted to improving early childhood education in Jamaica. How did you connect with them?

ER: Considering Jamaica is such a big influence on our music, we wanted to find some sort of way to give back on a local level. The Rockhouse foundation was a suggestion from our partners in putting on the festival. We hope to contribute every year we do this festival, knowing we are outsiders coming in.

RF: Some of the most insane stories of any musicians life come from the road. Thinking back to your van touring days, what’s one thing that seemed like a disaster back then but has become a fond memory in hindsight?

ER: Touring back in the day with The Expendables and Slightly Stoopid really provided some of the best memories to date. They really taught us everything about tour life. It was a disaster in that we probably lost money to do the tours, but in turn, gained new fans and incredible memories.

RF: Looking forward to Reggae Rise Up Florida, this is the 3rd time you’ve headlined the event and, much like Rebelution, the festival has become a dominant force in our scene. What do you look forward to with this year’s festival and returning to Florida in general?

Reggae Rise Up Florida is coming March 15, 16, and 17, 2019 to Vinoy Park in downtown St. Petersburg, Florida. Grab your tickets today and stop by the Rootfire booth to say hello! TICKETS 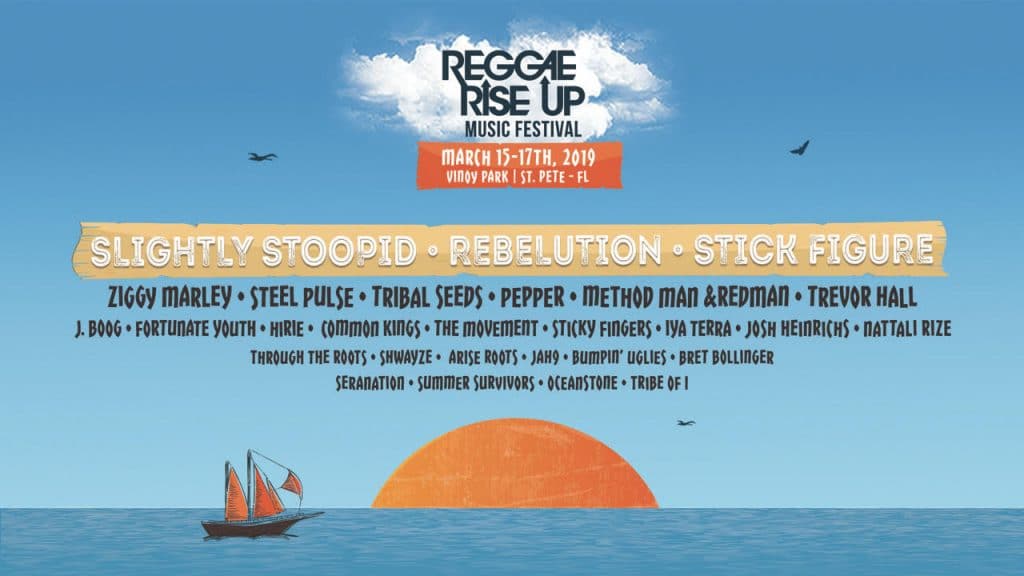 ← They Left an Impression: The Impact of Curtis Mayfield on the Music of Jamaica